Few things go together better than golf and football

Go to almost any golf shop, and you're likely to find multiple items – like head covers, golf bags, golf shirts and certainly golf hats – with the logo of the local football teams on them. Football fans love to show their pride when they play golf. And almost all golfers are football fans.

Most famous for this, of course, was the late, great Payne Stewart. He would arrive at a tour event donning Plus Fours with the colors and logos of the local NFL team that week. I loved it when he went to Doral wearing the Dolphins orange and teal or the Columbia Blue of the Oilers when he played in the Houston Open. you see plenty of football coaches and players at the AT&T Pebble Beach National Pro-Am, such as New England's Tom Brady and his coach Bill Belichick. Or how about the time Phil Mickelson threw footballs to the gallery on the 16th hole at the TPC Scottsdale during the 2014 Waste Management Phoenix Open? Lefty later admitted he lost focus during the round because of that stunt, but I still think it was pretty cool. There's even a course that's football themed -- Cowboys Golf Club in Grapevine, Texas, where everything is all about "America's Team" (not all of us agree with that moniker).

Football season and better weather are a couple of reasons fall is my favorite time of year to play golf. Depending on where you live, at some point, the leaves begin to turn, the temperatures are cooler (especially in the morning) and unlike summer and late spring, there doesn't seem to be as many thunderstorms to disrupt play.

Whether it's watching it in person or on TV, falls are made for football. And I can think of nothing better than combining my two favorites on the same weekend, especially if they're both done in person. When I travel to away football games, I always bring my sticks. There are almost always good courses nearby to play.

Recently, I got to do just that, and crossed a couple things off my bucket lists.

The tundra wasn't frozen, but it's still Green Bay

For the rest of this season anyway, I'm a Packer fan, as least among NFC teams in the NFL. And I'm a fan of Wisconsin golf. Already, I've come to know the joys of playing Whistling Straits, Erin Hills and a few other terrific golf courses not too far from Milwaukee. And I'd love to get my crack at Sand Valley someday (that assignment has fallen to my colleagues so far). 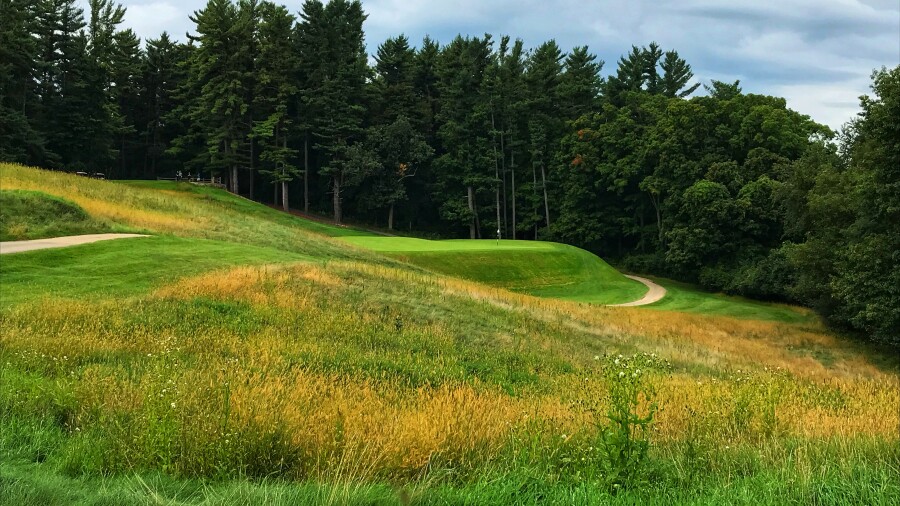 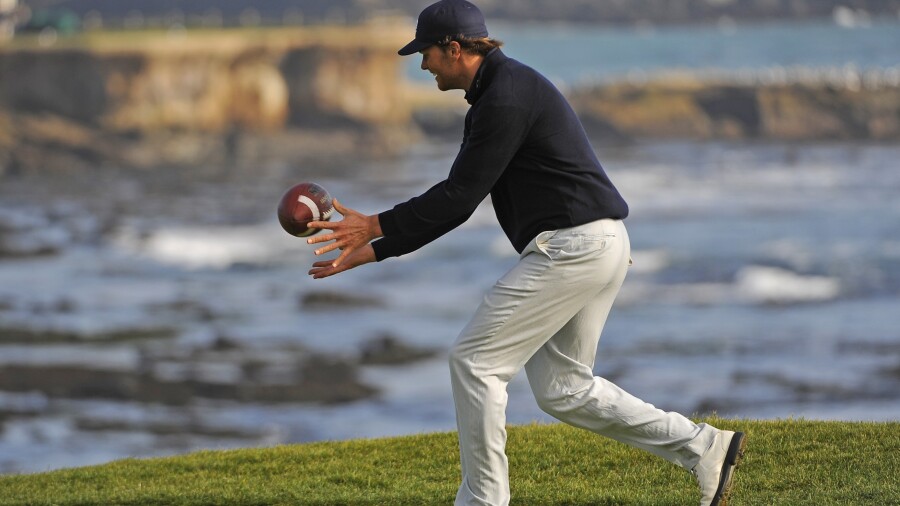 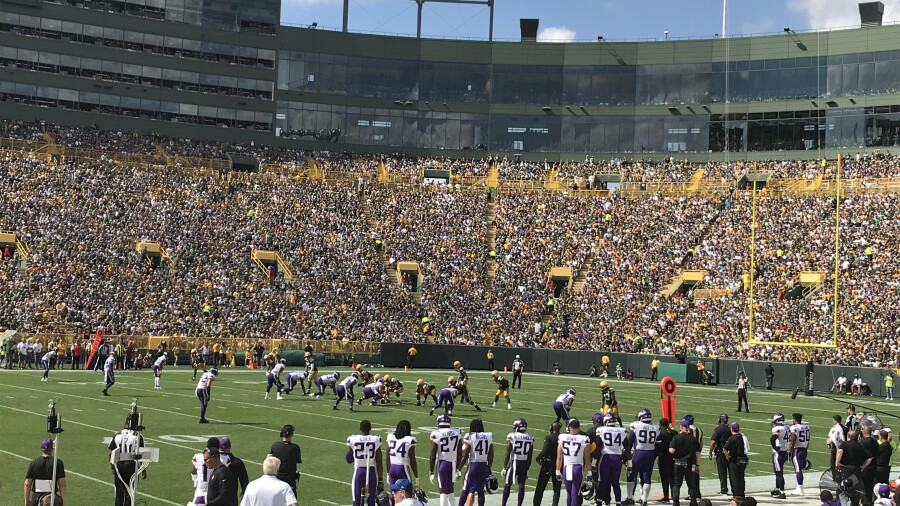 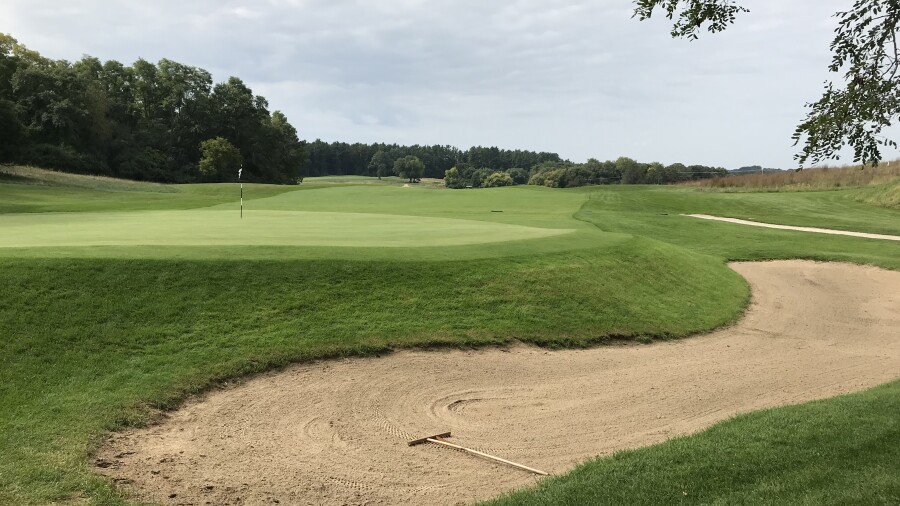 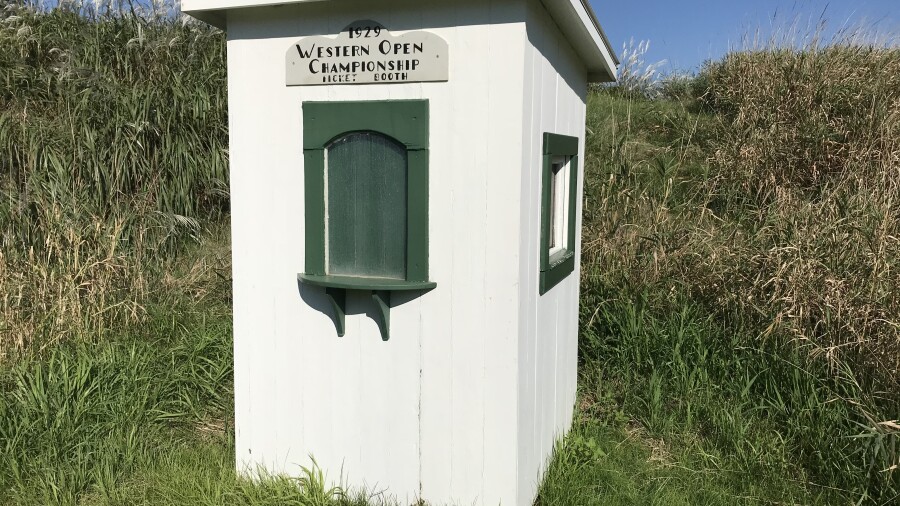 The ticket booth for the 1929 Western is still there at Ozaukee Country Club near Milwaukee. Mike Bailey/Golf Advisor

The reason I'm a Packer fan (besides the fact that my hometown team is off to an abysmal start), is because I finally made it to pro football's holy land.

I've been a sportswriter in some form for the past 36 years, but until this season, I had never seen a game at Lambeau Field. That all changed in Week 2 of the 2018 NFL season, thanks to friends who have a season ticket package there. A couple of Sundays ago, we made the two-hour drive from the Milwaukee area to see the Vikings play the Packers in Green Bay. It was a warm day for Wisconsin – sunny skies with temps in the lower 80s -- but still a special experience. This is an atmosphere like no other in the NFL.

We parked in an old neighborhood not too far from the stadium. Weaving our way around the homes decked out in green and gold, you truly do get the sense that this is Titletown, and everyone owns the team. The tailgating is serious, generations of fans have been attending games at Lambeau for decades, the team store in the stadium might be the biggest one in the league, and the fans are in their seats – nearly all 73,000 of them – when the anthem is played, which is punctuated by a hair-raising flyover. Oh, and did I mention that this is the Packers' 100th season? My hometwon Texans have 83 more to go to reach that milestone.

As for the game, I witnessed the first 29-all tie in NFL history, which meant a full bonus quarter (okay, it was a bit warm, but still pretty cool). And that made us a little late for our tee time that day at nearby Oneida Golf & Riding Club. But played we did. It would be the last of what amounted to rounds of golf on three terrific courses that weekend, plus an NFL game. It doesn't get any better.

It was a pretty good lineup at Lambeau Field. Despite a sprained knee, I got to see Aaron Rodgers play, albeit somewhat hobbled as well as Minnesota's highly paid and newly acquired quarterback Kirk Cousins, who threw for more than 400 yards.

The lineup of golf courses was just as impressive. It opened with a Friday round at Ozaukee Country Club near Milwaukee. This was the first-William Langford and Theodore Moreau design that I've played. Most of their work is in Midwest states like Illinois and Indiana as well as Tennessee. A very playable parkland layout, the course hosted the 1929 Western Open won by Tommy Armour, when it had a bit more of a links look to it.

The weekend golf, however, was highlighted by the 18 holes we played on Saturday another Langford/Moreau creation, the Links Course at Lawsonia near Green Lake, about 95 miles northwest of Milwaukee.

Like Lambeau, this is a bucket-list course for so many reasons. First off, if you're not familiar with the work of Langford and Moreau, you should find one of their better designs (they were responsible for a couple hundred) and play one or two. Lawsonia is certainly one of their best, if not their best, and it's open to the public.

The course, which opened in 1930, has been called a poor man's Chicago Golf Club, a C.B. Macdonald/Seth Raynor design that's ranked no. 14 on Golf Digest's list of top 100 courses in America. Lawsonia, which is ranked no. 59 on Digest's 100 best public courses, certainly has that Raynor feel with its angular features, but it has its own identity. Among the most famous holes is the par-3 seventh, where instead of the proverbial buried elephant under the green, there's a boxcar – literally. Honestly, Lawsonia Links is one of the most fun golf courses I've ever played. And with green fees under $100 (it would be much more than that if it were closer to a city), it's one of the best values in the country, too.

The weekend concluded with a few holes at Oneida Country Club, which is one of the most beautiful courses I've seen in recent memory. Fresh off a renovation, the holes wind their way around brooks, bridges and hardwoods. 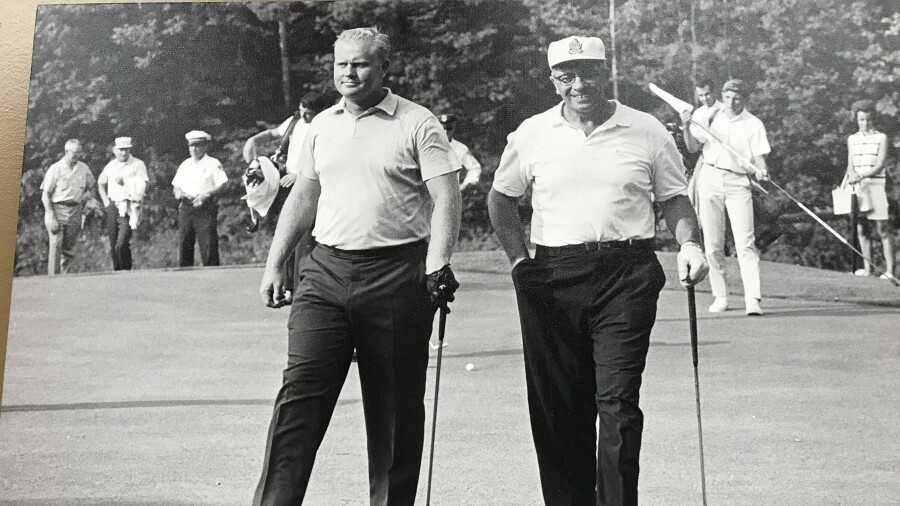 This photo of Vince Lombardi and Jack Nicklaus is one of many at Oneida Country Club that honor past Packer greats. Mike Bailey/Golf Advisor 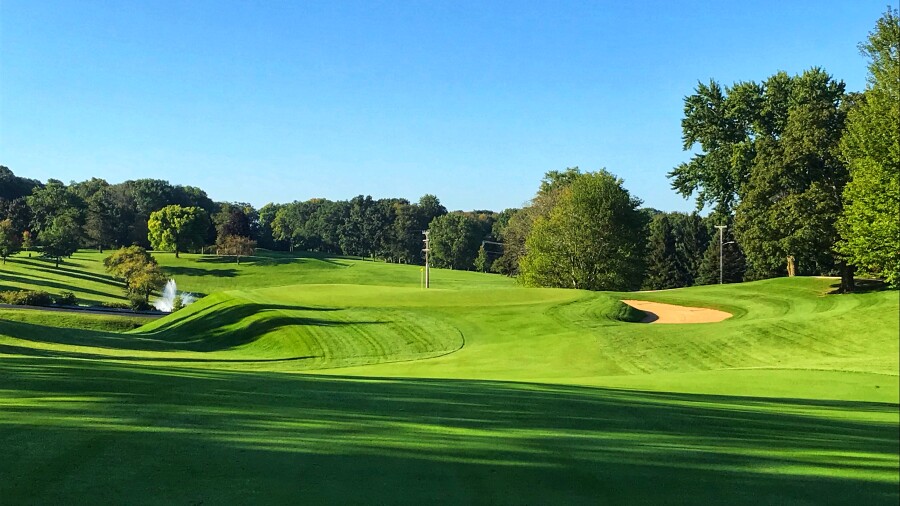 Recently renovated, historic Oneida Country Club in Green Bay is a great option for Packer fans who can get on this private club, Mike Bailey/Golf Advisor

A tour through the clubhouse revealed more – that a lot of American footballers have belonged to and played at Oneida, including none other than Curley Lambeau, the former NFL player and coach who co-founded the Packers.

You'll also find a picture of the Hall of Fame coach Vince Lombardi in the clubhouse, too. He's pictured with a young Jack Nicklaus, who certainly matched Lombardi's determination to win. And, a number of current Packers play out at Oneida, including kicker Mason Crosby, a member at Oneida and reportedly a pretty fair stick.

Unfortunately, Crosby, earlier on this Sunday, missed a 52-yard field goal attempt at the end of regulation earlier that would have won the game. Better than a loss, I guess, but now that I'm a Packers fan, a win certainly would have been the icing on the cake for this near-perfect golf and football weekend.