The 19th Hole is Great For:
Drinks 27
Patio Dining 23
Dinner 18
Course Challenges Include:
Water Hazards 33
Bunkers 27
Forced Carries 18
This course/club is great for:
Locals 26
Advanced Golfers 21
Entertaining Clients 18
This Course's Location is:
Convenient to the City 24
In the 'Burbs 24
Worth the Drive 11

Course was very rough. Tees and fairways were spare and extremely dry. Back nine on Sweetbriar course was far worse. Almost like they quit doing ant maintenance.

Played the front 9 of Sweetbriar today. Course was in horrible shape. Greens with huge area with no grass. Fairways were patchy and full of weeds at best. Play was VERY slow. Came out to play 9 holes. 2.5 hours later we were still on the 7th whole. No rangers to be found. Teens cursing, screaming, racing golf carts and crashing into each other as if they were bumper cars. I will never go back.

The course was in the best shape that I can recall playing it. Wish I could play again today!

Worst golf course I have even played. No maintenance at all on "fairways" and limited on the greens. Layout subpar and the staff unfriendly. Avoid this course.

Played the course today for 70$. They charged me 10$ extra to ride alone. I was paired up with people over 50 and did not want to risk exposing them unnecessarily being a younger, active individual. At 70 dollars this course is way over priced. The greens hardly break at all and they are quite torn up and damaged from ball marks not healing up efficiently.

Charging 70 for 18 and a cart on a Friday morning left a bad taste in my mouth with the golf club. Won’t be back for a long time. Cleveland golf is over priced.

This was probably the most OVERPRICED course I have ever played. The fairways were not nice, there were sections that were unplayable and brown. The greens were just awful. there were pieces of the greens that were unputtable and there were huge dviots that made the greens look like craters. This is a $30 course at best.

There is much to be said about my experience at Sweetbriar golf course.

There were numerous sneaky water hazards that really challenged your decision and shot-making abilities. The greens were well-maintained, and offered some great elevation variances. It was busy, but the pace of play was smooth, overall. The ranger was very helpful in keeping it moving by scouting for your balls. Great guy!

One thing that stood out the most to me-

It was especially nice to play golf where a popular television series was filmed. Not many people know that this is where Daenerys and the Dohraki rode to battle Ser Jamie’s army in Game of Thrones. This legendary landmark was once blasted by fire from Drogon! The battle spanned across the many acres of this course, leaving it in total ruins, to this day. Scorched earth! While playing, a buddy of our group was a mere inches of acing hole number four. There hasn’t been a shot that spectacular on this hole since Bronn sent an arrow from the Scorpion into Drogon’s side! I digress... What a shot, Doug!

The illustrious fairways were of a rich umber and brown tone, providing maximum yardage for your drive. I gained 20-30 yards just from the roll! I typically like practice my iron game at my local abandoned K-Mart parking lot, so the fairways at Sweetbriar made me feel right at home! If you’re lucky, some of your shots may land alongside one of holes of the neighboring Legacy course. If so, you are able to sneak a peek at a course that applies irrigation systems with its greens fees. Cool!

I will admit the cost to play seemed a bit higher than I felt it should have been, given the conditions of the course. Understandably, it has been a hot and dry summer, with very little rain. If you do play Sweetbriar, I would recommend you pony-up and pay the additional ~$20 for the Legacy course. At least the cart girl will come around. Maybe.

We did have a good time, and it was a fun round. Times are tough, but the staff was friendly and practicing all of the proper safety protocols! I would like to play the course outside of peak Summer conditions.

They admitted they're just paving over it, so it is quite obvious they've stopped upkeep. All the fairways are dead, all the trees are overgrown and over hanging the course, and the paths are just straight dust to get in your eyes. You may as well just go hit golf balls in a Walmart parking lot with how the fairways are maintained here. I guess the greens are generally fine with the exception that there are a ton of pitch marks and dead spots from old holes and poor maintenance.

We had a three-some behind us, I don't know if they complained or what. But they were never waiting for us. I suspect that when the rangers looked around the course, they saw nobody in front of us, with presumably a steady stream behind us, and so they ASSUMED we were holding everyone up. Our 6:40 am tee time went off behind a two-some, of course they finished early. Nobody was ahead of us when we teed off the back nine.

Paid $60.00 and could not enjoy a round of golf thanks to the harassing rangers. 4 hours, 20 minutes for 18 holes and harassed the whole way - pathetic.

This was during a prolonged dry and hot spell. The fairways were baked dry, but greens were maintained well. This is a great course for beginners. Not too long, not expensive, no bunkers. Some trees come into play to create a challenge. Overall a great value for a leisurely round. Nice practice facility, great clubhouse , and very friendly staff.

Solid course with some flaws

The westside of Cleveland has so few public options. This is one of the better ones. The course winds throughout a new development with some fun and solid holes. The flaw come with the pace of play and the staff. Have never played a round where the pace of play was reasonable. There is little real rangering or managing of the flow. Was told on the first tee to just expect a 5+ hour round and not worry about it. The staff also is some of the least friendly there is. They are not welcoming and seem to think that they are doing you a favor by letting you play. I guess they see all sorts of characters that may not know the normal standards on a golf course, so maybe it stems from that.

Overall, a good course if you can catch it on a good price and don't expect the welcome mat.

Nice course layout. Around the greens and many spots near fairways show too many bare spots lacking any grass. The pace of play was more than 5 hours. May not go back to this course for a long while. Will spend more time at Quarry where the round usually takes 4 hours to play.

Hot afternoon at Legacy after a big outing, which made for a wide open course, but a lot of "gardening" needed. Players need to take responsibility for not only repairing their own ball marks, but maybe search out & fix another 3 or 4 pitch marks too. The greens are soft, receptive to good shots, and rolling nicely, that is if you can get a nice clear path. Players also have to replace divots, and grounds crew should have sand buckets on Par3 tees to fill in the trenches. #10 might be the toughest Par4 in the area ..........other than that DbleBogie, we had fun.

Legacy is fun not too tough but good shape

We played after an outing & lots of ball marks. Greens are soft! 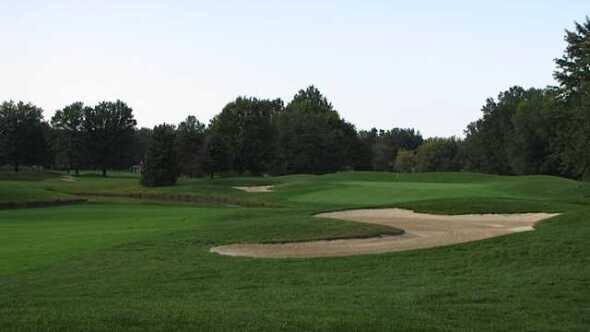 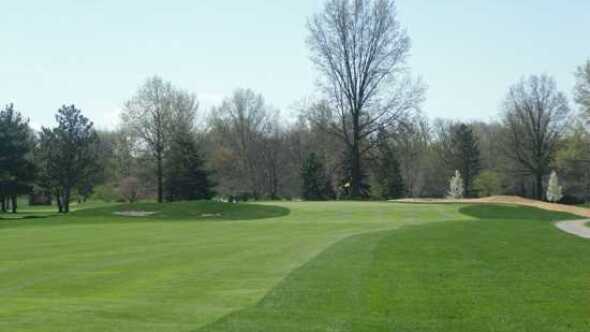 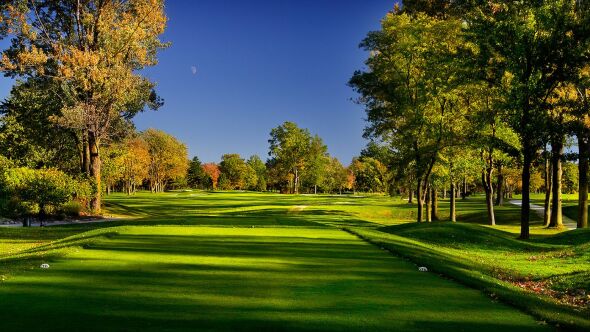 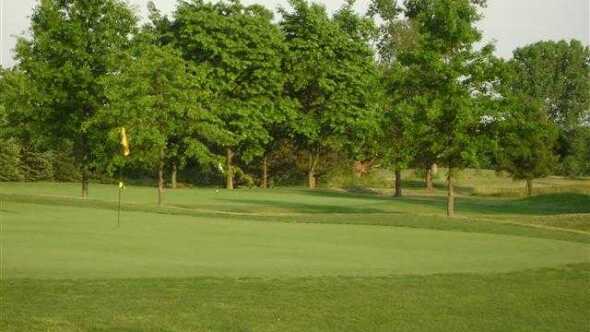 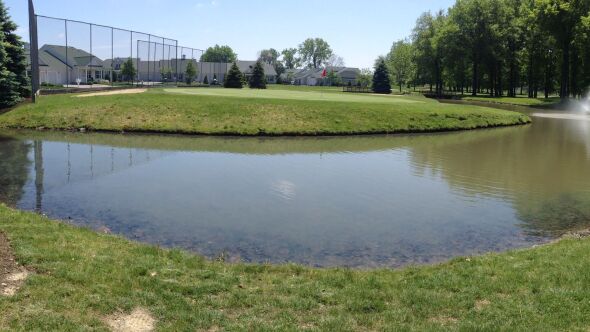 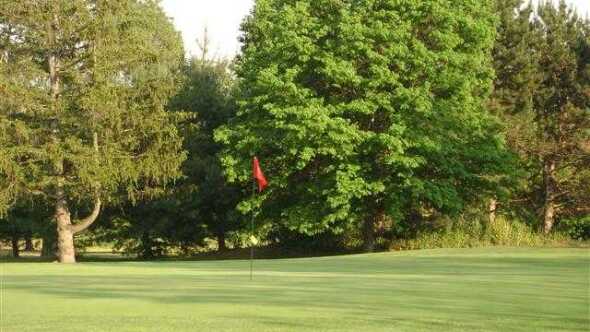 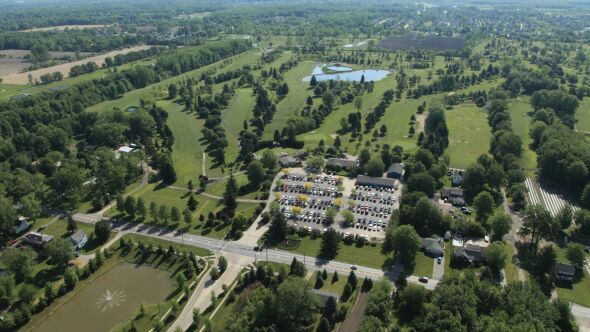 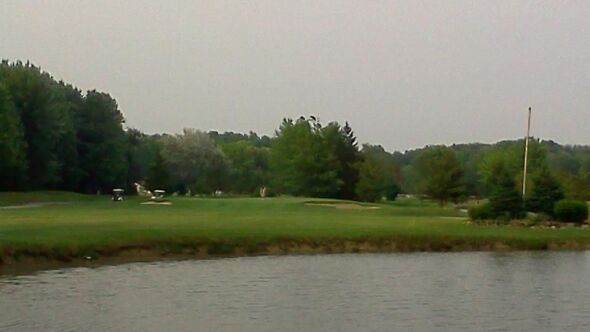 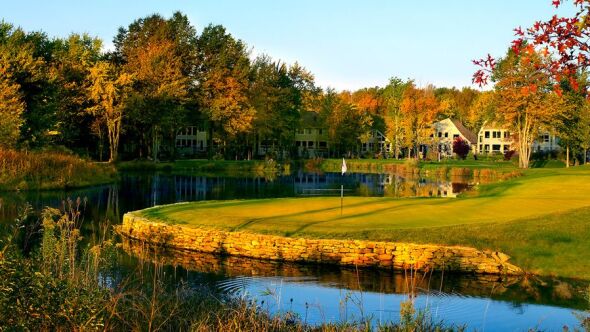 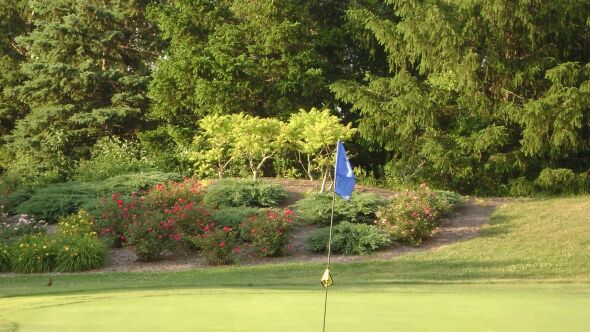 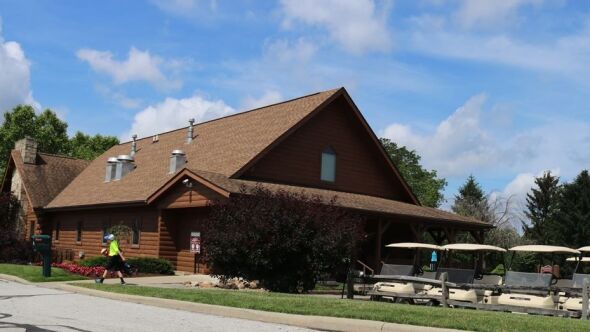 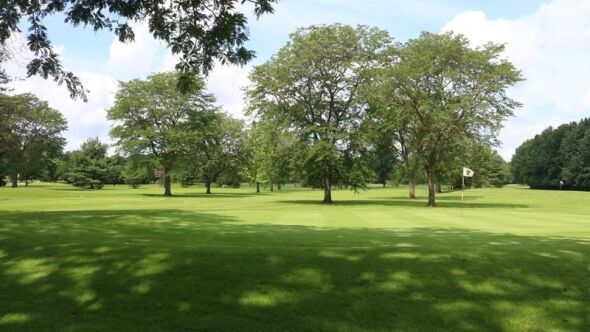 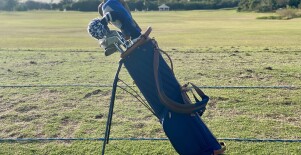 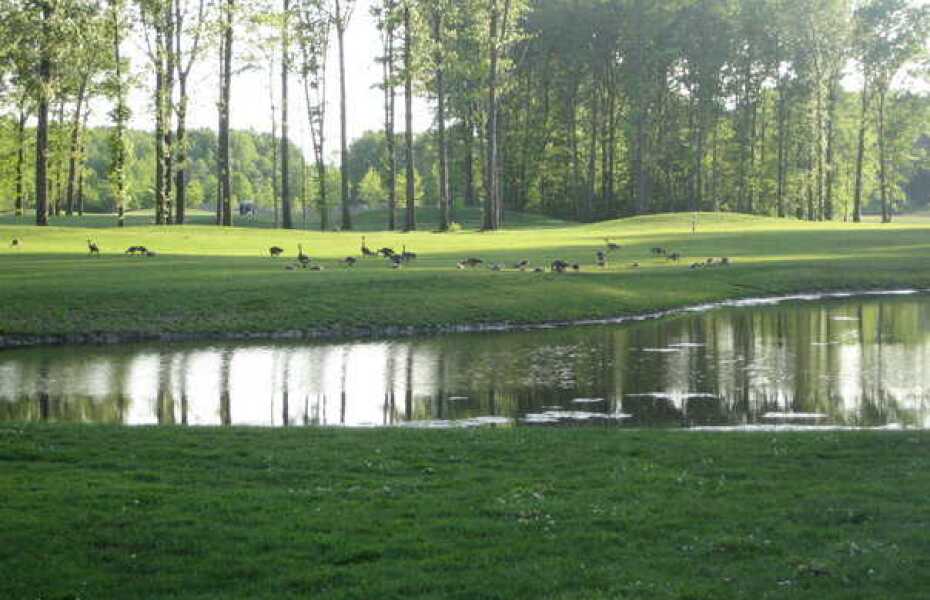