The 19th Hole is Great For:
Drinks 22
Watching the Game 12
19th Hole Scenic Views 8
Course Challenges Include:
Undulating Greens 44
Elevation Changes 36
Bunkers 32
This course/club is great for:
Wildlife/ Scenic Views 40
Locals 29
A Weekend Splurge 22
This Course's Location is:
Worth the Drive 49
At a Resort 17
Near Local Attractions 8

I play Elk Ridge a couple of times per week. I've been playing there since the first nine holes opened in the early 90s (if memory serves). I was there for the excitement when the back nine opened a few years later. I sat through multiple closures, the redesign, the sale to the current owners, and the sale that was aborted when already seemingly in the books last year.

The course is better than ever. The conditions are functionally almost perfect all year. The location and views are simply unbeatable...even myself and friends who live here and play it all the time still pause at least once per round and marvel at our surroundings. The grounds crew works hard and does a good job considering obstacles...crummy equipment, short staff, management that swings wildly between indifferent and overbearing, and so on...

Don't blame the employees for the screw ups folks. They are powerless to make decisions, can't fix the booking issues when ownership/management isn't interested, and live with the knowledge that they'll likely be unceremoniously fired ( or worse) at some point and for no known reason. The business is run like a racket because, well...I'll just stop there.

I'm crossing my fingers that the place will either sell or at least a new pro will be hired this off-season. It could be so much better.. they need to replace their fleet of carts or at least drop some fund's to refurbish them. They need to train employees. They need to reopen the Cafe and bring back the drink cart. They need to install a phone on 9 so weekend customers can call in orders to grab at the turn. They need yardage markers, benches on tees, and someone to clean the bathrooms. I could go on...

The layout is cool. Many overstate how short it is. It's a par 70 so of course it's going to have a lower total yardage. The prevailing west wind routinely transforms druver-wedge holes into driver-3 iron holes. There are fairway bunkers that alternate between irrelevant and magnetic, depending on the wind and your shot shaping ability. Most greens have at least one greenside bunker and they tend to be magnetic as well. The tall shag areas are placed well enough to suck in a lot of balls and they're difficult to find in it during the spring and summer. It all adds up to be a nice challenge. You have to play it in a variety of weather and at the various points where your game is on or a little off to really appreciate some of the challenges is all. If you show up with your A game and it's calm out you can go low. Don't bring your A game, or let the wind get to you, and you might have a tough round.

Somebody who loves golf, recognizes the importance of catering to locals on weekday afternoons and offseason, and who wants to further develop this naturally spectacular course, needs to walk in with an open checkbook and buy this place.

We are comming up from Oregon City!! It’s a special round for us. Thanks to all the staff… in out and around!!!

Should not be open on GolfNow

They take times via GolfNow but don’t update their own tee sheet. We had 4 foursomes at our time
The staff is lost because they don’t have a golf pro
It was $175 for two people with a cart ona fun course but short and nothing amazing
The greens are in good shape
The pace of play was over 5 hours

Nice but way over priced

The buzzkill was the $20 bucks each for the golf cart after the green fees …. no thanks not coming back

Overpriced, not worth the drive

I made the Tee Time using GolfNow for 10am, there were many options available. I also checked their website to make sure tee times were available. We arrive from Vancouver and the place is packed, we checked in and they said GolfNow wasn’t connected to their system and that they were double booked. My spouse came with and they have never charged us a full rate for her to ride with but not golf so, $59 for golf $40 for an old beat up cart, tax total was $106. This is more than any high end courses in the PDX area. I’m so disappointed. Not going again, not worth the drive and time.

I found Elk Ridge to be a very enjoyable course that was very forgiving tee to green. I think adds to the enjoyment regardless of the players skill level (with the possible exception of a low handicapper looking to be really tested)... you just aren't likely to lose a lot of balls or get in a tremendous amount of trouble anywhere on this course... It's just super-playable.

Pace of play for me was great (we were the 3rd group off), and as far as I could tell groups seemed to keep moving in at a reasonable pace after we finished our round.

As mentioned, there isn't much defense tee to green; however, the greens do play - in my opinion - tougher than the rest of course does (this was the first time I averaged over 2 putts per hole (2.1) in around 18 months). They are relatively fast (and roll very well/consistently, I might add) and there is quite a bit of roll and undulation to them. Again, from a playability standpoint, I think this is great... you might struggle a little on the greens, but that doesn't lead to lost balls or other frustrations.

Many of the holes feature elevation changes and rolling fairways (although I was a little surprised - upon reflection after the round - to discover there were plenty of relatively flat holes as well) and while there are some fairway bunkers I found most of them to be more out of range than in. I played the blue tees and most of them were short of my drivers landing range... from the back they may have been more in play (it's not a very long course in general).

The biggest danger off the tee is probably the long grasses along most of the fairways, but even these areas were - by and large - playable. it's also worth taking a practice swing or two in the greenside rough, my playing partner commented more than once about how thick the grass was and how he was subsequently short on a few shots (particularly lobs). I didn't really experience this, so it's second hand.

The course is located in the gorge and is slightly uphill from the river banks leading to stunning 360 degree views, literally any direction you look is a picture ready to be taken. The combination of beauty and playability make it seem really difficult to have a bad day here.

My experience with the staff was terrific as well... no one showed up to staff the clubhouse (not sure what happened there) so the greenskeeper just opened up and sent everyone out with an understanding they'd stop back in at the turn or after the round to settle up. The whole thing just gave off the "you're part of the family/community" vibe seemed to resonate with everyone I met there.

I find myself driving through the gorge often and will certainly schedule another round (or more) at Elk Ridge, it's a nice combination of easy going and beautiful... I'd recommend you try it as well if you get the chance.

Set high above the Columbia River, in the Columbia River Gorge this course has vistas every where you look. The course is very up and down and the generous greens are heavily sculpted. They roll fast and true and no putt is a gimme. Per the scorecard it has a slope of 112 but that is ridiculous. There's a fair amount of sand both fairway and around the greens. Water on only 3 holes but there's plenty of trouble to be found is you wander too far from the fairway.

Your t time did not show up there for second time.
No problem, just let you know, we paid direct

The most beautiful course people don't even seem to know about. Always available always in terrific shape. Very challenging with some fascinating greens with slopes and mounds and speed. Gem of a golf course with annual memberships available for tremendous price. Always dry year round. Absolutely beautiful drive between Oregon and Washington states along the river to get there. Highly recommended.

I think this might be the best course for your money in SW Washington. I will drive 45 minutes each way to play this course 10 out of 10 times. Pace of play is always good, course is wide open but greens that will challenge your game. Fun place to play

Great course anytime, but especially when the rains of winter set in.

Best course did the miney

Every time we’ve played here this summer (4-5 times) tee times have been double booked. I’ve even contacted the pro shop to confirm the GolfNow times. My two groups ended up having to go off the back, but couldn’t complete the round when the turn to the front was too stacked up. While the pro shop acknowledged that “there’s a problem with the system”,, they were unaccommodating when it can to resolving the mess. Bad experience for my two groups & handled poorly be the staff. A full refund would have been appropriate. 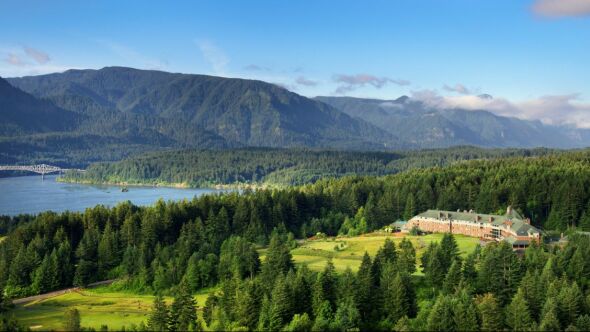 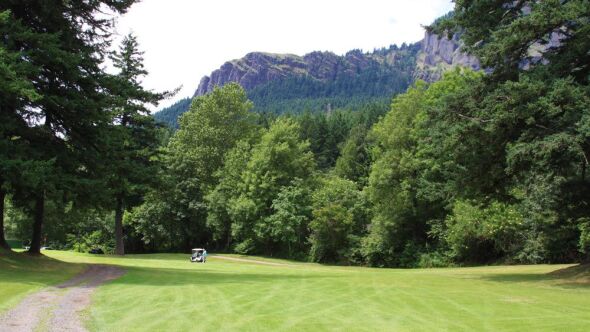 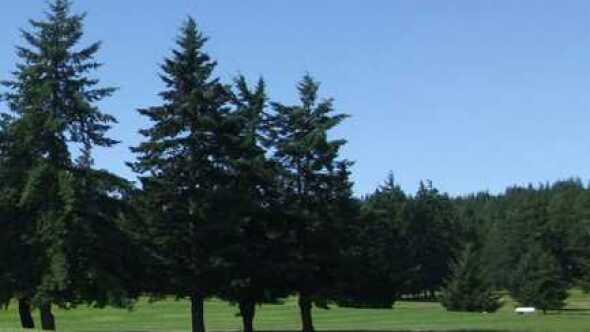 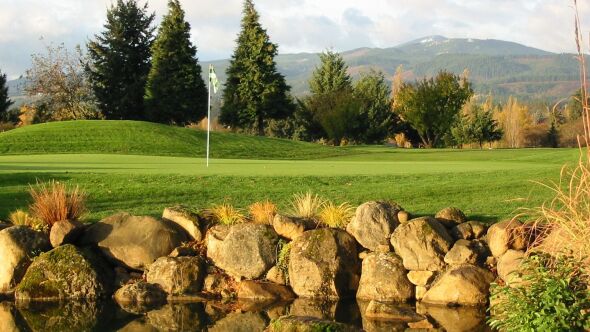 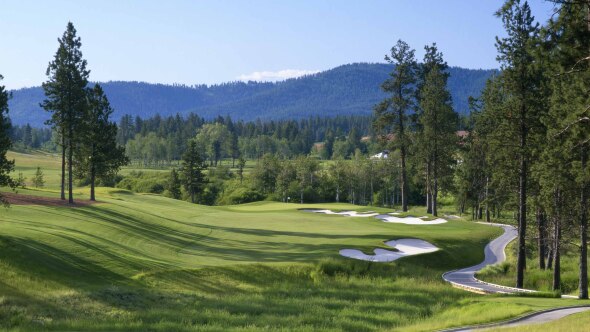 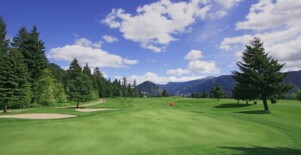 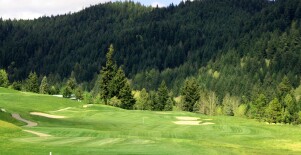 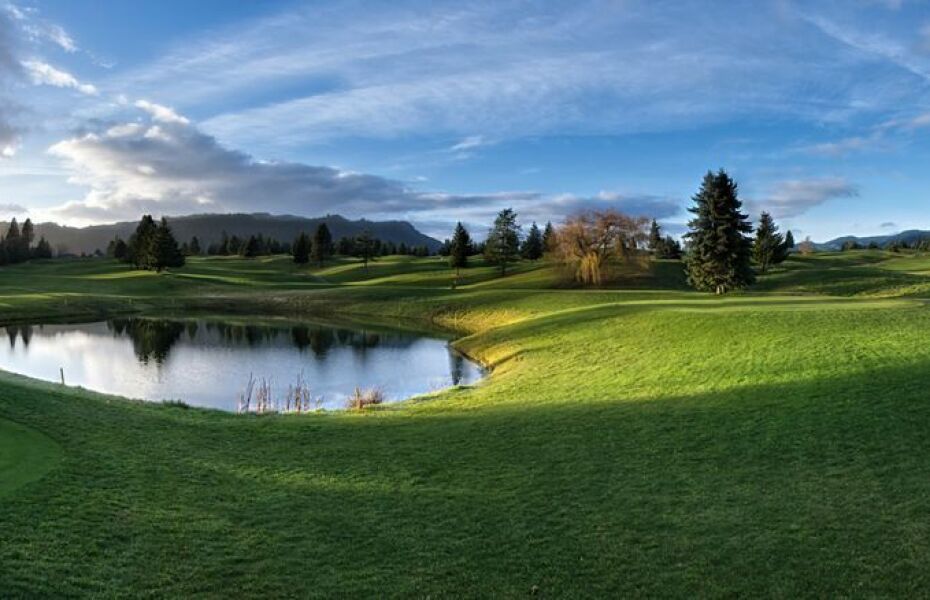 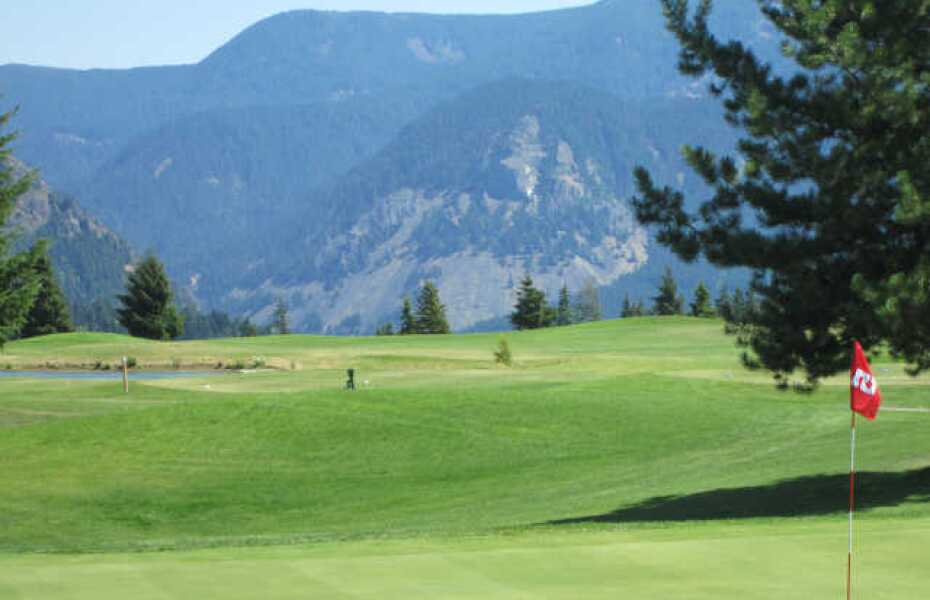