Designed by Jack Nicklaus and Jack Nicklaus II, Vermont National Country Club sits on one of the highest sites in South Burlington, Vt. The golf course measures 7,075 yards from the tips and plays to a par 72.

The front nine of this championship course is gentle and rolling; the holes snake through beautiful meadows and valleys. The back nine is more rugged. Dramatic rocks outcroppings and ledges are prominent features, and the view from the 10th hole will not soon be forgotten.

Vermont National has five sets of tees, so it's accessible for a range of skill levels. The course can be played from 5,003 yards to 7,075 yards

Great Course and Lots of Fun

This was my first time playing Vermont National in over five years. I remember how much I like the course. Today the conditions were very wet and soggy due to all the rain the area received a couple days ago.
I was really impressed with the conditions of the course (other than the wet and soggy conditions which the course has not control over). The fairways and greens are in great shape. The greens have lots of breaks and slopes.
The bunkers were in awesome condition with lots of fluffy sand which made them a true test and challenge.
I really enjoyed the experience of playing here and l will definitely be back to play again. Overall, awesome course.

Good design makes the most of the property

Over the course of our trip we developed a few habits. One of which was me asking Melanie, somewhere around the 7th or 8th hole, what she thought of the course. There were lots of standard replies along the way; however, her response for Vermont National was a single word… “sexy.”

It wasn’t difficult to see how she came to this conclusion. It’s fair to say Vermont National has sleek lines and the course is (always, as I’m told) in tremendous shape tee to green. The course has just the right amount of bend to it, such that you can’t just blast away with a driver and grab for a wedge, and the bunkers are strategically placed just where you’d be inclined to hit the ball to properly manage the course.

Overall I found this track pleasantly challenging, especially given its relatively short length (6477 from the gold tees), while being delightfully scenic. That does not mean it has large sweeping vista’s or cool elevated tee boxes (in fact, it’s pretty flat). The attractiveness of this course lies in the details, everything is just where it needs to be, and is very well maintained. There is also a nice mix of fairly straightforward holes and those with a little more of a “target golf” feel. Just enough of each to allow you to use most of the clubs in your bag.

The first hole gives you a pretty good idea of what is in store for you as you make your way around Vermont National. A dogleg left with just a touch of elevation change in the middle it is certainly reachable with two mid irons (I hit a 176 yard 7 iron off the tee and a 152 9 iron into the green, leading to a two putt par). With a relatively short par 5 up next I tried to take the same approach; however, I found a bunker with my iron off the tee and had to struggle a bit to “save” a bogey.

The par 3’s may have (collectively) been my favorite part of this course. There are five of them ranging from 153 to 189 yards. With the exception of two that are essentially the same (177 and 178) though, they are evenly spaced out over that distance and require a variety of clubs to find the green. I used my 9, 8, 7 (twice) and 6 irons to find the putting surfaces and played all five holes to even par (I played the remaining 13 holes at 12 over… oops).

Everyone I met at the course from the clubhouse staff to the grounds crew was friendly and welcoming (not always the case at a private course when you are not a member). I had a lovely conversation with the starter before we tee’d off on the first hole (leaving me feeling like I had played the course before), which added to my experience as well.

Overall my visit to Vermont National was fantastic; it’s a great Nicklaus design that has been maintained very well. I was first out, so I can’t say I was slowed by anyone; and it appeared that the groups behind me were all coming in on time as well, so the pace of play seemed great to me. I’d certainly recommend playing here you get the chance.

I played here in a tournament and I was really impressed with the conditions of the course. The fairways and greens are in great shape. It is a pretty flat course but there were some tough shot making challenges. In my preference, I liked the back nine more than the front but it was close. Really enjoyed the experience of playing here and look forward to coming back.

I have had a membership here for the last 2 years and I LOVE THIS COURSE! it is fairly flat but still very difficult. fairways and greens are in excellent condition. not very hard to walk, however there are some long walks in between holes.

Top ten in the State of Vermont

You could find a course like this anywhere in the US. Typical 90s course, too hard for most players, can t walk, too many condos on the back nine that distract from the golfing experience. Great staff, best practice area in Burlington area. 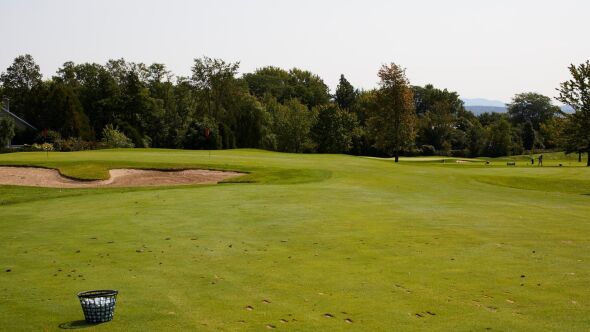 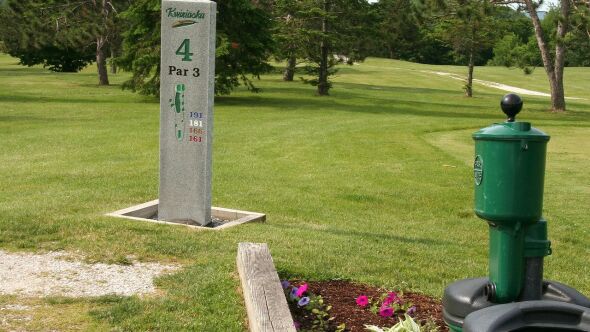 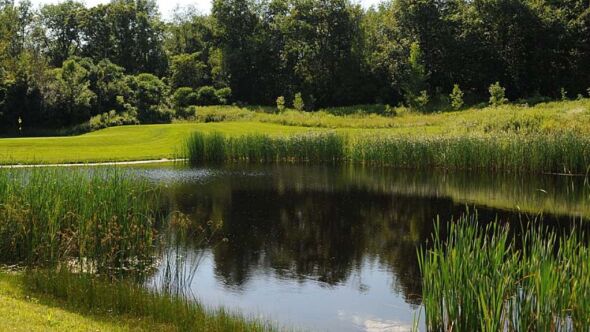 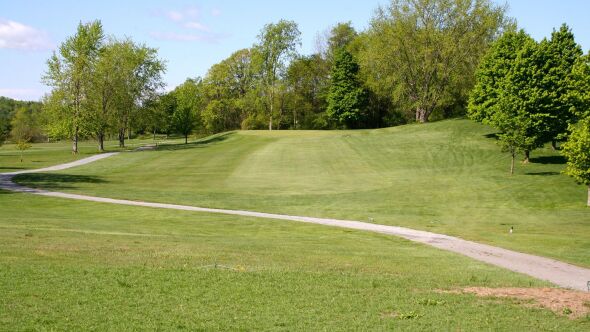 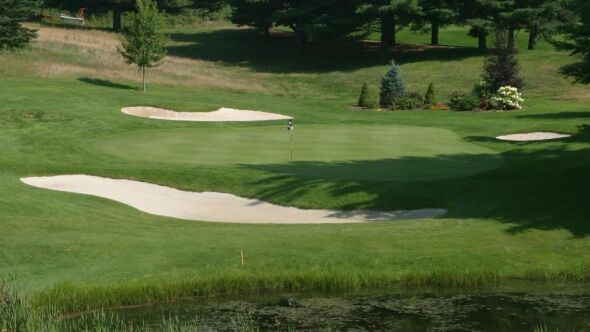 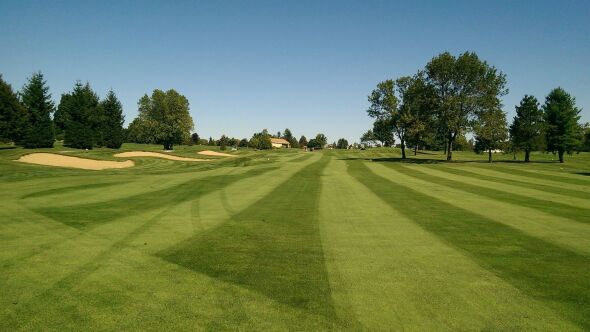 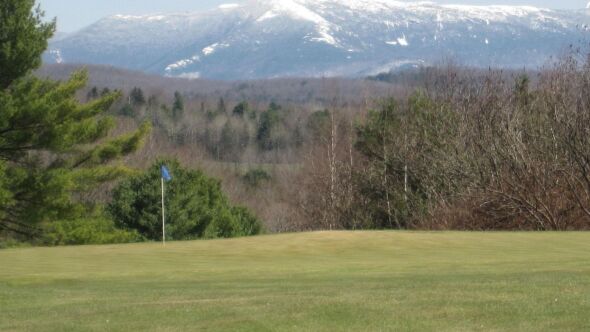 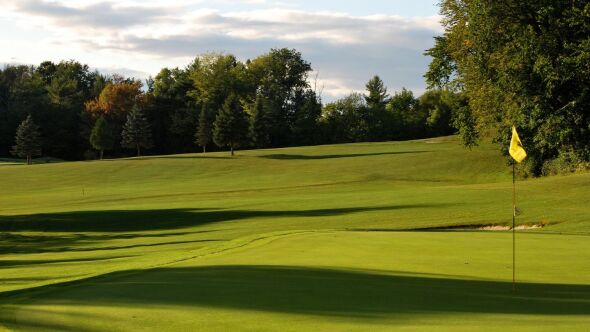 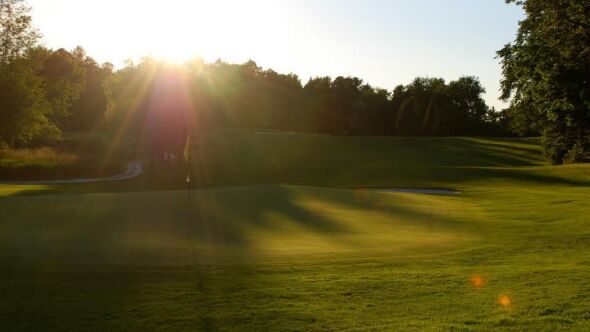 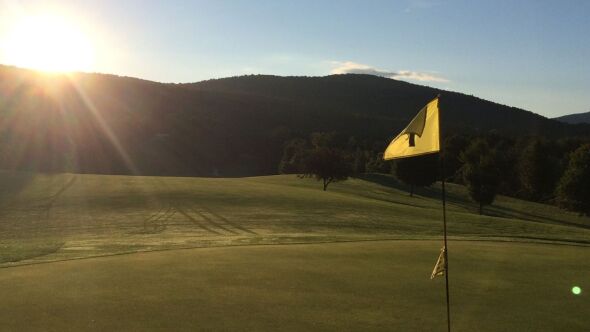 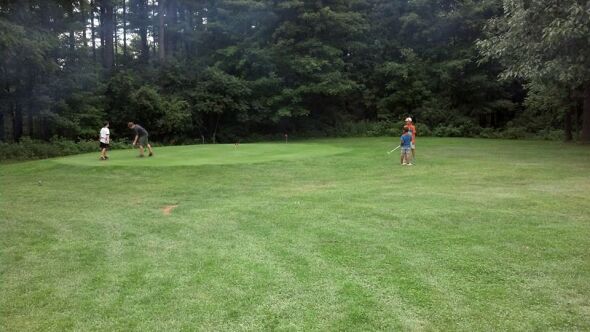 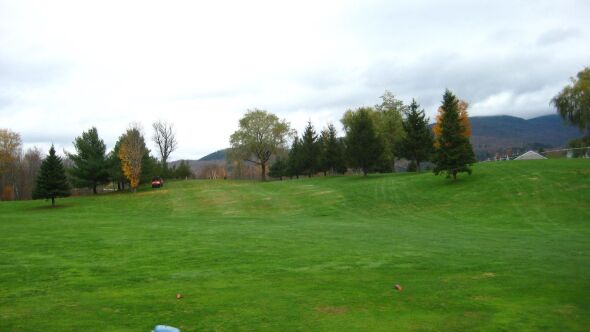 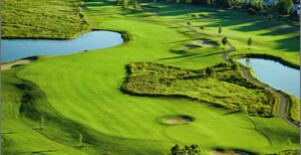 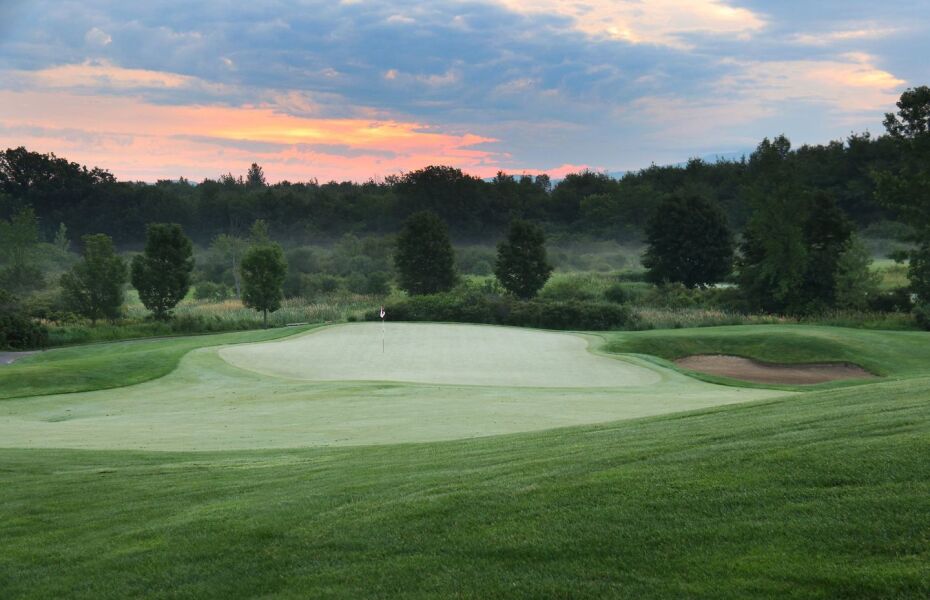 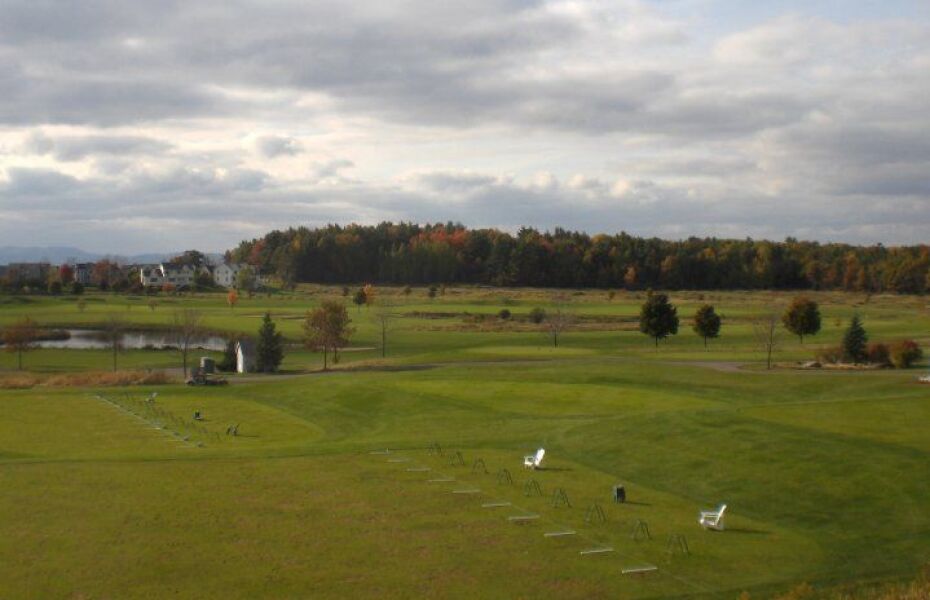 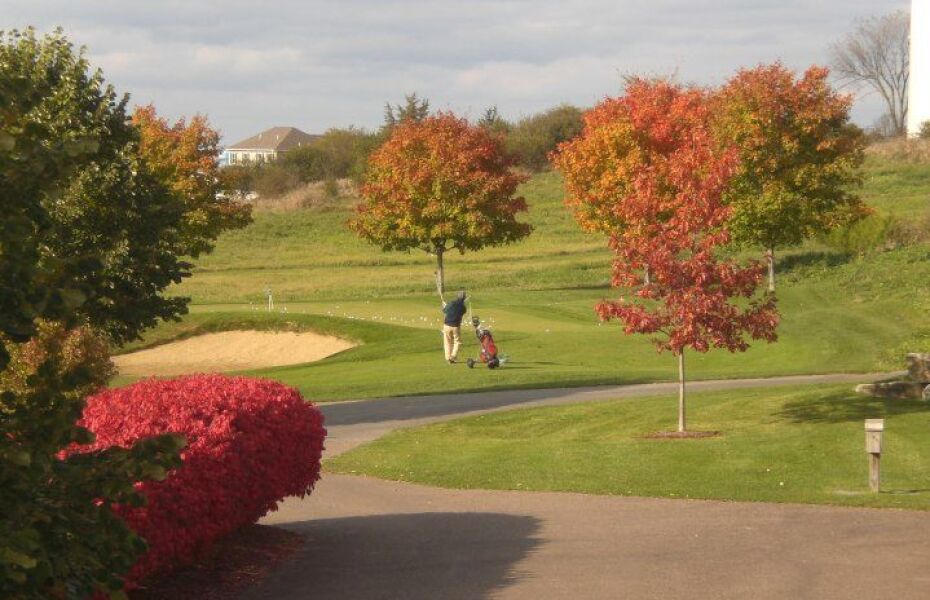 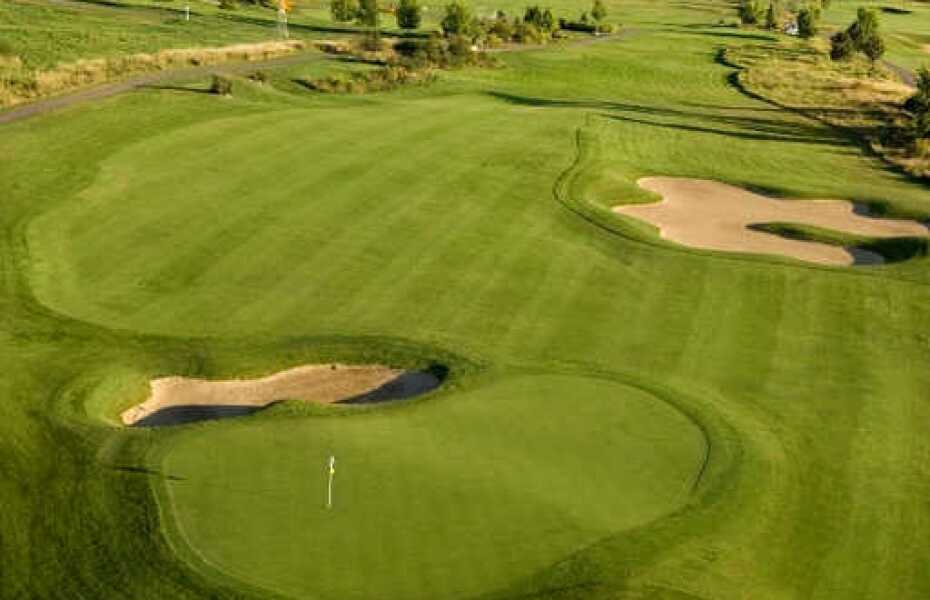 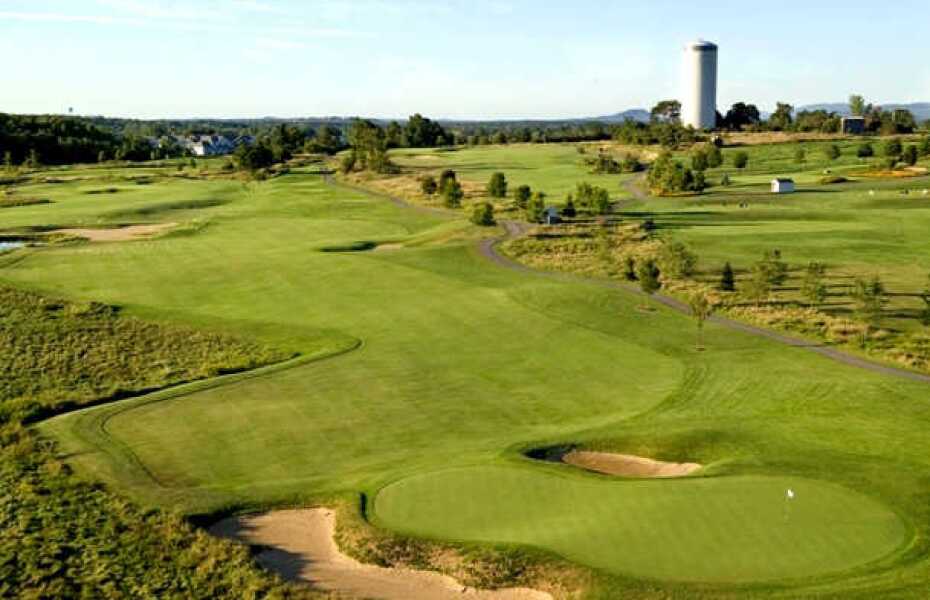