Course Challenges Include:
Elevation Changes 16
Narrow Fairways 7
Water Hazards 7
This course/club is great for:
9-Hole Rounds 16
Beginners 15
Locals 15
This Course's Location is:
Convenient to the City 18

Much better in the cooler months

Been at least a few months since I've played Hancock. I typically opt for Lions or Mo Willy. But I was pleasantly surprised today and reminded that the turf out here is much better int he cooler months compared to the summer when the course gets really baked out and the greens struggle. Using the midweek paystation I played $16 to walk 18 holes. I do wonder if the lack of carts 4 days a week also assists with the turf health. Just sayin!

All tee boxes were good and but most greens where incredibly sandy and so putting was incredibly slow. Almost all fairways were green and good be an very fluffy. the fairways were so nice you could walk barefoot on them. The prcie was little high $21 for a 9 holes due to it being a holiday.

While nothing to write home about at the end of the day, Hancock Golf Course in Austin, TX is still a fantastic beginner course for those looking to learn golf, or for those more advanced golfers looking to just get away for a quick 9 when tee ties are booked across the city.

The course offers several challenging holes (whether by design, or just by space limitations). Nonetheless, it is consistently in pretty good condition considering the brutal summers we have here, and while a little pricey for what you get, is a great alternative option to other Muni's, espeically on the weekends.

About as good of shape as I've seen it

Hancock seems to have had a successful overseed this fall and right now the course is about as green and full of grass as I've ever seen it. The greens are still slow, and they need to be because they've really added a lot of slope over the years. But they are at least consistent.

It does appear the city courses are rotating through aerating and I saw a sign saying Hancock's was coming up in a week or so (15th, I think). So play before then if you can.

Not the finest time to play Hancock

Shoutout to the reviewer in May who mentioned coming here for a quick round before/after daycare. I've been inspired to do my own version of that since I live only a mile away. I walked nine holes at lunch and brought my dog along which is awesome.

Can't say I love the layout at all, but I've tried to let familiarity of it breed fondness. I'm scoring better on it now that I know where the bad spots to be are.

I was surprised to see the greens aerated this time as I didn't see any course alerts on social or anything. Suffice to say the greens are basically sand at the moment and the 9th hole is a temp. I hit a 7-iron off the tee over the temp (on a par 4!).

Will probably let these greens grow in a little bit the next few weeks and check it out again.

A Part of History

I grew up four blocks from Hancock and first played golf there as a kid. So revisiting it is always nostalgic. In those days it had no sprinkler system, earning it the nickname "Hanrock." But sprinklers were installed some years ago and now the fairways are decent and the greens are sometimes very good, though a little slow. It's only nine holes. The back nine was sold and became Hancock Shopping Center in 1963.

Built in 1899, Hancock was the original Austin Country Club, the original home of Harvey Penick and the oldest US golf course in continuous operation west of the Mississippi. So in that sense it is beyond criticism. It is a part of history. Still, the City of Austin charges money to play there, so golfers deserve to know what they will get.

The good: A short, hilly fun little track which can be played with nothing more than a five-wood, 7-iron through PW and a putter.

The bad: In a way it's a glorified public park now. Non-golfers stroll, jog and walk their dogs through the course, especially near sundown, which is distracting and makes play difficult. Yardages are hard to ascertain. The ninth green is too small and needs to be redesigned. It's worth about $10, so the $18 they charge on weekends is too much. It's so hilly than on a hot day walking the course can be difficult. The bottom line is there are better options for your golf dollar in Austin.

Still, if you want to chase a little white ball down memory lane, with easy-going Central Austin as a backdrop, and don't mind sharing the course with walkers, joggers, dogs and sometimes frisbees, then this is the place for you.

Great course, has a challenging par 5, but some short par 4s, making this an easy 9 hole course. Never seems over-crowded, and it’s one of the oldest golf courses in Texas!

Hancock is conveniently located between my kids' daycare and my office. About a month ago I started walking 9 holes in the morning after dropping off my kids and before I go to the office, work schedule permitting. I typically make it out 3 days a week.

There are no frills (Monday to Thursday you pay via a kiosk off the first tee). No amenities. But it's a solid, fun little course with a lot of history. Course conditions very with the weather.

For a golfer of average or better distance, you can play the entire round, and probably should, without pulling out anything longer than a 5 iron. 1-3 are all pretty much the same 325 yard par 4. You really can't lose your drive on any of them except right on 2 into Red River Street (slicers and motorists beware). If you nut a drive, you'll have a short pitch in on all of them. Even if you spray it, you'll have a clear shot in (even from the other fairways). 4 is a 240-yard par 4 with water short of the green and forest past the green. 5 is a downhill 150-yard par 3. 6 is the only par 5 and the hardest hole on the course. It's not long, but the only real way to get there in 2 is to perfectly place a tee shot (under hanging trees) on the right side of a narrow fairway. Green is on top of a steep hill. 7 comes back down the hill (tip: leave your bag at the base of the hill and bring your 7th hole teeing club with you to the green). A faded long iron will leave an easy shot in. 8 is a slightly downhill Par 3 usually about 125-135. 9 is only like 250 back uphill, with left being out of play.

Smartest way to play the course is to play target golf. I can see high scores if you try to drive the short par 4s. I usually play it smart. I typically shoot in the low to mid 90s on good courses and typically shoot 40-45 here. So definitely easier than most courses (if played smartly). It's definitely worth the $15 green fee. I've made it a part of my routine.

This course was super green and well maintained. Only complaint was the pace of play and u have to pay for a push cart. Should come with green fee.

went with whole fam. no one really knew how to play, but we had an awesome time.

Oldest Golf Course in Continuous Use West of the Mississippi

What's not to love about Hancock! Historic course, you're treading over some hallowed ground. Harvey Penick played here. Challenging layout. Fairways and greens nicely manicured. The crew puts loads of love into this little gem. Karen was gracious as could be. You can tell how loved this course is! Great way to work on your short game. Had a blast.

u2474540
Played On 02/04/2018
Reviews 6
Skill Intermediate
Plays A few times a week
I Recommend This Course
1.0
Verified Purchaser
Previously Played

Everyone one had to wait on at least four groups in front of them. Had a 12:20 tee off and had to wait at least 30 min to start and every hole after that at least 20 - 30 min wait. It was way over scheduled.

This Course has History

I found out this is one of the oldest courses in Texas. The friendly staff helped me find my lost water bottle. Very challenging course, but we had fun and still hit some great shots. I can’t wait to play again, now that we know the layout.

Fun 9 hole course in the middle of town

I really like this little course. The par 4's are a bit shorter than other courses, but the layout makes up for it. It is definitely a classic style course. The greens were in good shape and the fairways were good enough.

This was a great course for a novice golfer. There were just enough challenges, but not so hard that you get frustrated. The greens were a little sandy, but I had the best short game I've ever had so I can't complain. The view of downtown was also very cool. I'll definitely be back.

Can't beat it for the price

The staff in the Pro Shop was extremely friendly. Short par 4s, chance to shoot low. Two par 3s and a par 5.
Greens are sub par, but for the price you pay who really cares. Its a very enjoyable 9 hole course and I will be back to play very soon. 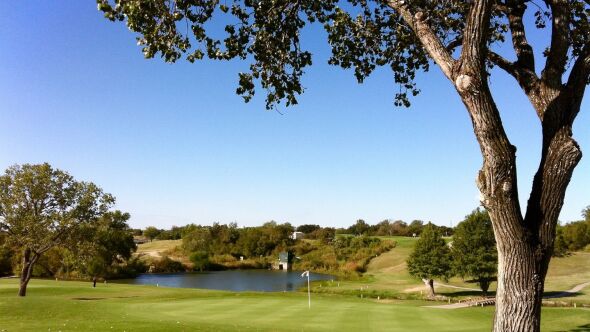 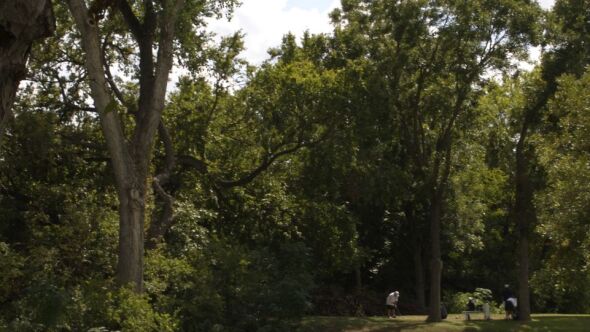 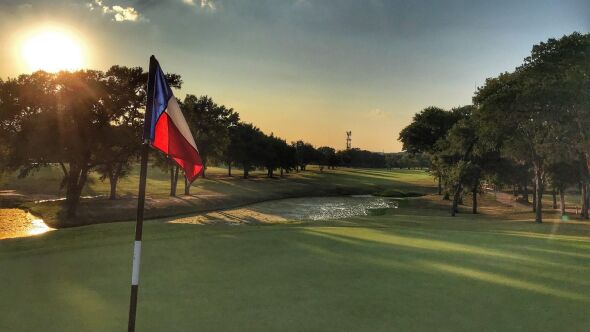 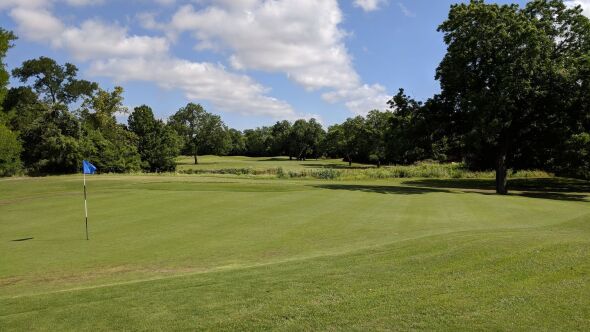 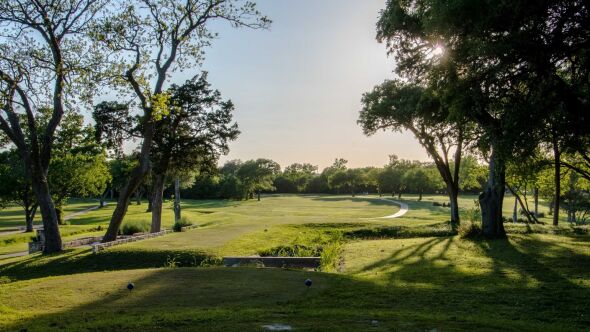 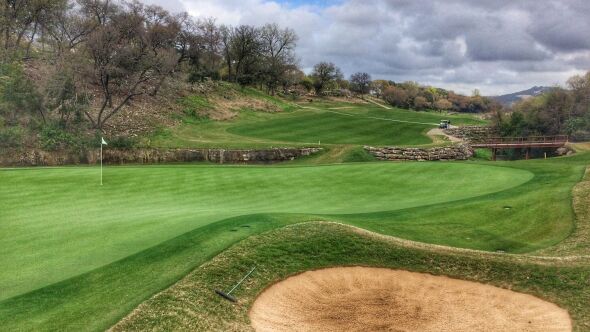 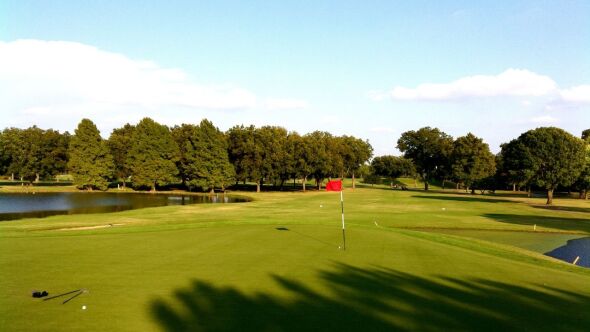 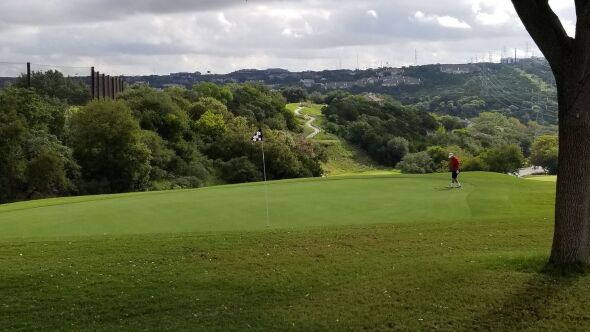 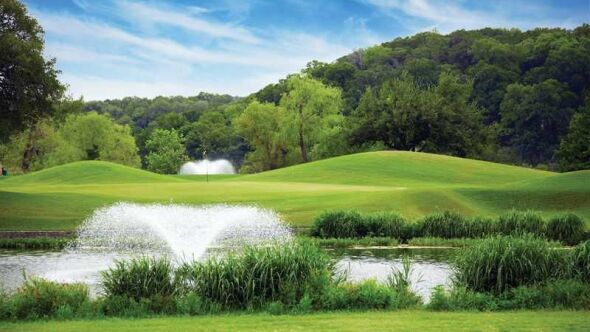 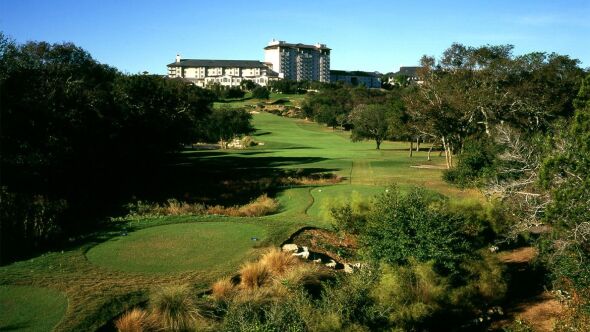 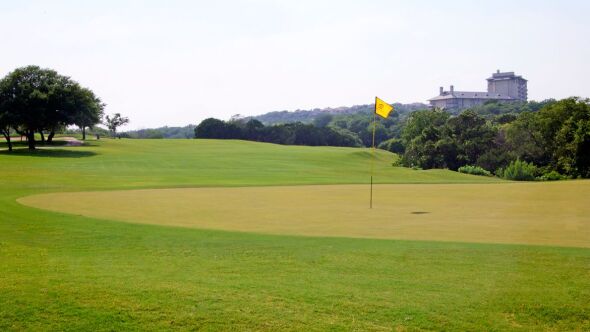 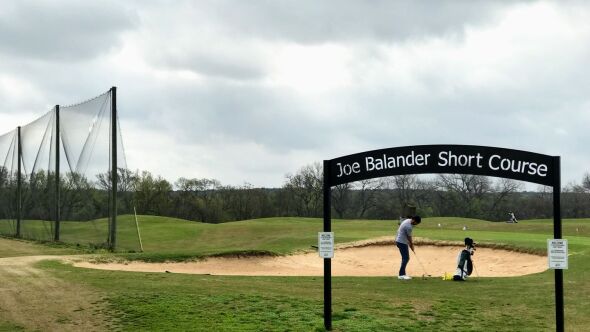 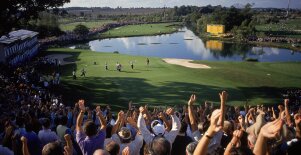 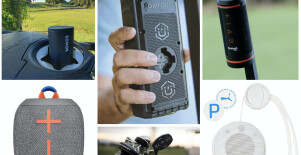 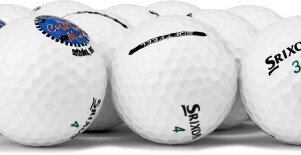 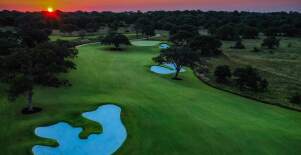 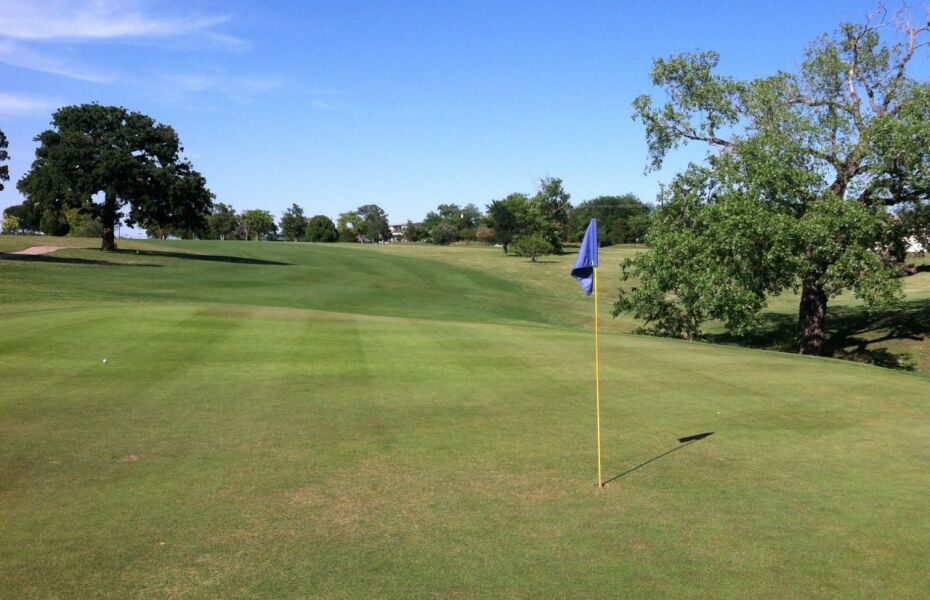 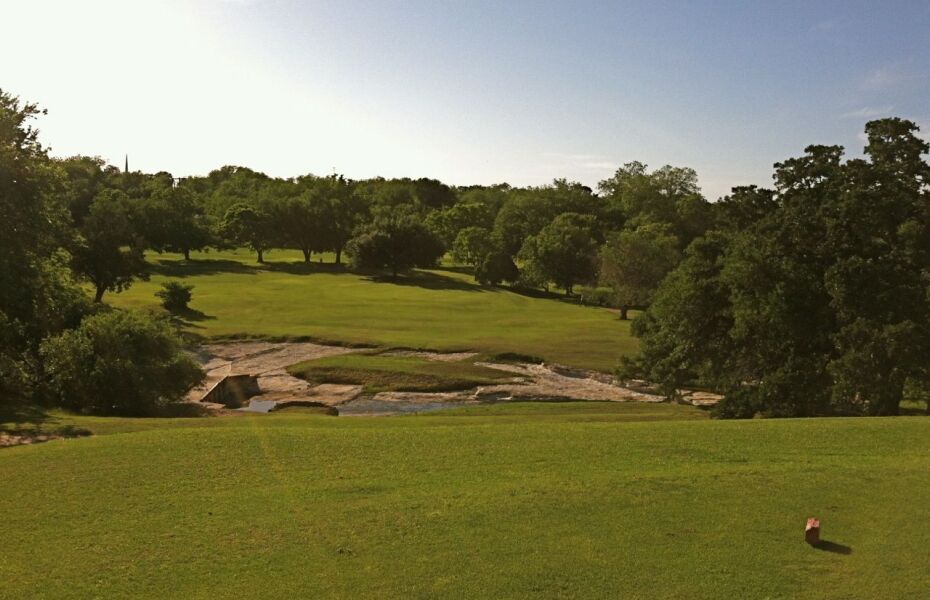 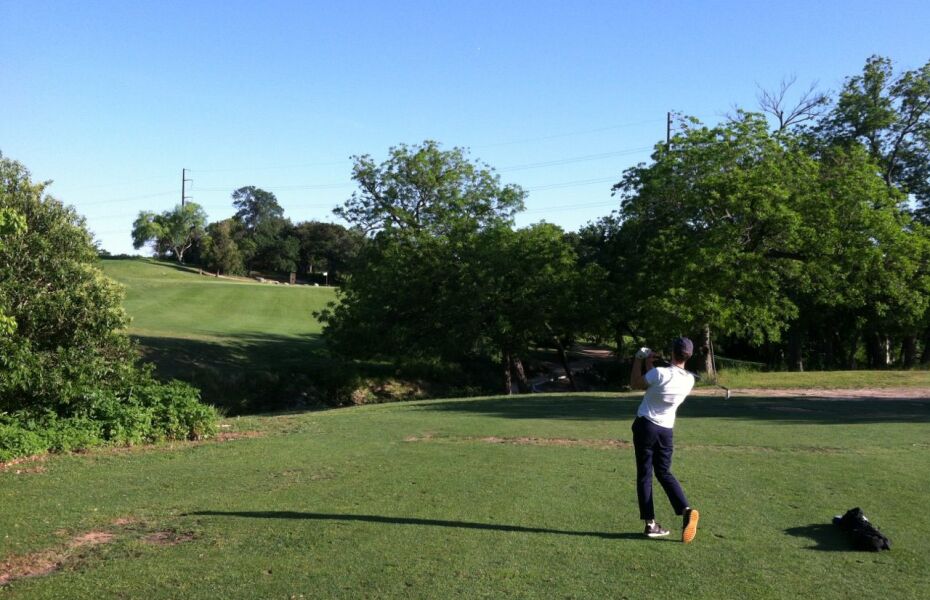 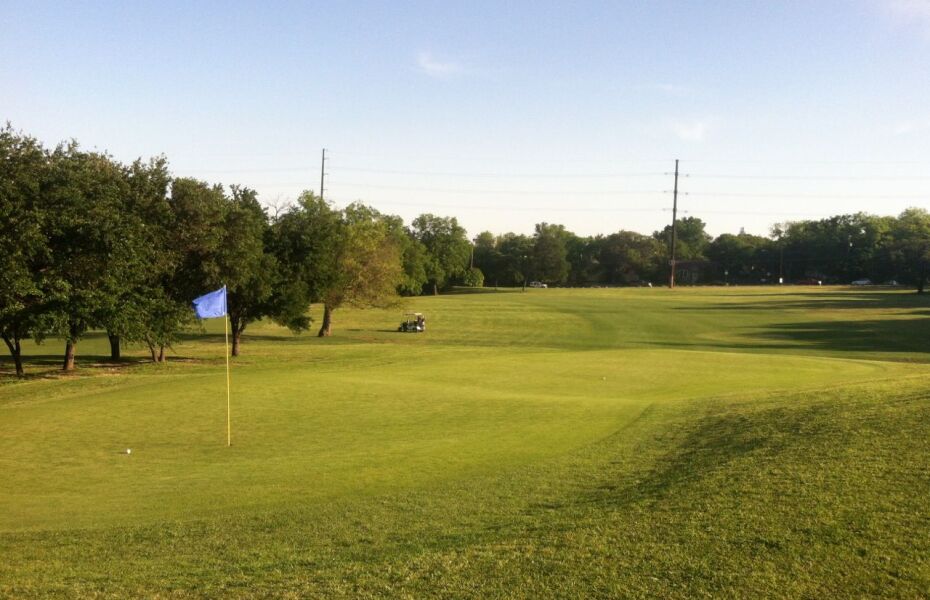 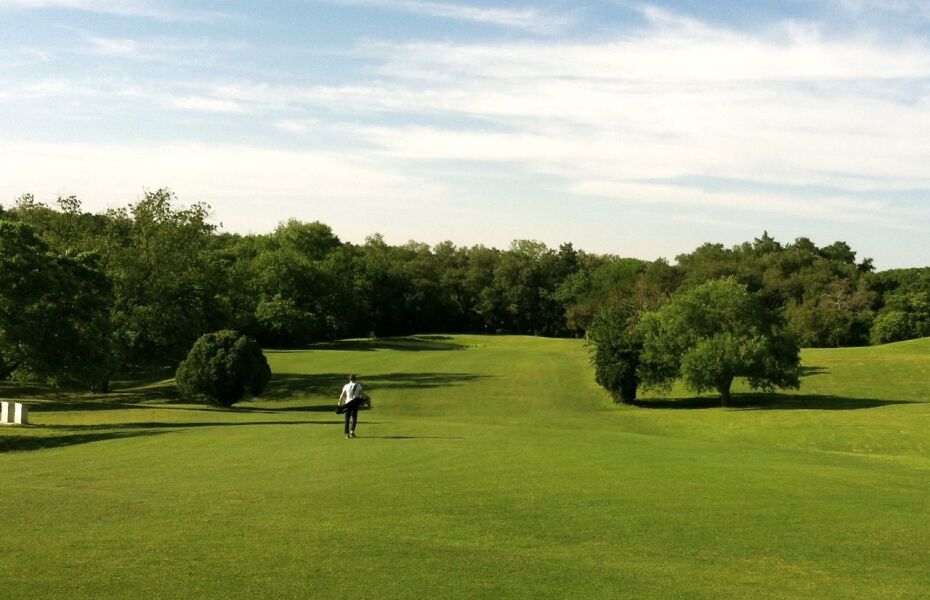