I was not expecting the course to be as challenging as it is. The greens are fairly large, but if you don't hit it in the right spot it will easily roll off. Course is in great shape from tee to green. Its also very easy to walk the course. Forced carries and blind second shots make club selection a bit tricky at times. Overall a good track that is tougher than it looks.

Local Tip: The restroom on the course needs a code to access. Make sure you get code when you check in.

This golf course was in beautiful condition and our pace of play was excellent. We had played here about 30 years ago and it is interesting how much tougher Hackberry is now.(LOL)
There was some drainage work being done on hole #1 so we started on hole ten.
The greens were uniformly fast and tricky, the tees were smooth just like the fairways.
There are numerous creeks and lakes winding through this golf course. Water comes into play on 16 holes and there are bunkers on every hole some of them deep.
The par five hole #3 has a very elevated and narrow green with a deep trap below to catch shots approaching the green into the wind.
There are plenty of long carries, narrow fairways, and hidden hazards to give most golfers indigestion.
The pro shop was friendly but we never saw a starter.
Hackberry Creek is a fine test of golf and will be back on our bucket list.

It had been raining in Dallas for 4-5 days in a row and I had low expectations for course conditions. To my surprise there was no standing water, hardly any mud areas, and the sand traps were in good condition. The course also has some beautiful holes for being centered from within a neighborhood.

Wife and I played here while visiting family in the area. Rate is for ClubCorp members. Turned out to be a rainy day, but we stuck it out. Course played well in the rain - it drains well. Followed a 5-some of members who moved along nicely - we finished in under 4 hours. Course is laid out through a residential area, but the houses aren't too close. Challenging holes with some elevation changes. Course was in good condition.Staff in pro shop, starter, marshals, cart staff were all VERY friendly. We enjoyed our day, even if it was a little wet.

Marshall2018
Played On 03/23/2018
Reviews 1
Skill Intermediate
Plays Once a week
I Recommend This Course
5.0
Previously Played

Was notified through club Corp association that the club had received a facelift so I thought I would give it another look. Summer 2017 Hackberry took out the greens and added new mini verde grass. Minii verde grass seems to be the go to grass for a lot of courses going through updates based on some research. Approach shots seem to run a little more than normal but they roll fast & true. I made more 10ft plus puts than any round in recent rounds. Basically get it online and they roll out.

New Sand was brought in from Arkansas - white in color with good consistancy - bunker shots were very playable from fairway and around greens, so no complaints there.

The course allows you to hit majority of the clubs in your bag. Par fives are reachable in two from blue tees. Par threes are probably my favorites on the course, ranging from 120 to 200 yards. Pin positions can be challenging & god forbid if you have much wind, will turn a 165 yd shot into 195 very quick.

Most Par fours can be played with a three wood but driver is necessary on a couple.

Water hazards run through out the course and there is some nice elevation changes .

Overall I found the course to be fair but challenging.

Practice facility is average but has everything you need.

New dinning, bar and patio area are nice & all waitstaff is friendly..

Pro shop is small but has all essentials. Men’s locker rooom is ok, bit it could use an update.

All in all IHackberry in a solid mid tiered price club.

Played in the dead of winter on a frigid day but the course was still in excellent shape. Fairways dormant as expected this time of year but greens were lush, fast and rolled true. Solid layout that lets you hit every club and in the bag. Good mix of tough par 3’s and gettable par 4/5s. Staff was friendly and will definitely try to make it back!

We bought a deal from IDealGolfer for a round of golf at Hackberry Creek. The deal was for "Valid any time Monday (if open) and Tuesday - Thursday".

The pro shop refused to honor the coupon for Thursday morning. No, it wasn't because they were busy, they just said the coupon was wrong and refused to honor it ("Mornings are for members only"). How in the world is that ethical or legal? Well, actually it is neither.

We'll be asking for a refund from IDealGolfer, but my advice is to not do business with Hackberry, since they seem to be unwilling to honor their commitments.

Not a valid "review" as no valid "golf" information provided. You may have loved the course had you been a member or told the person you booked your tee time with that you were mot a member and were not playing with a member when you booked 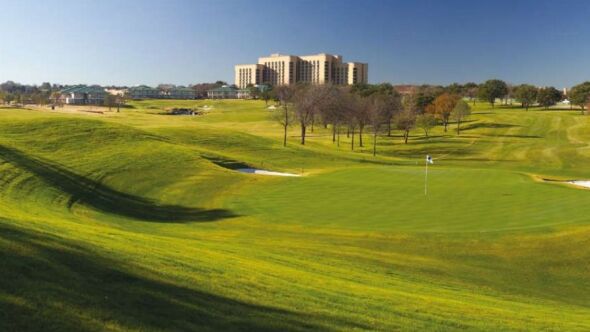 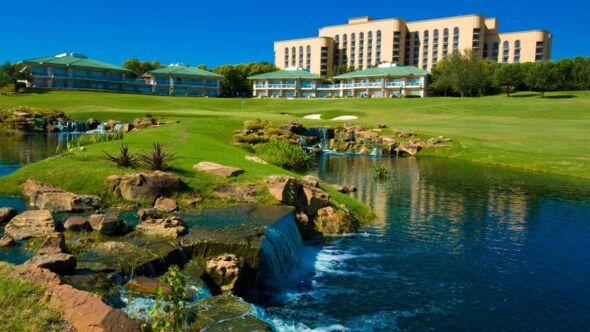 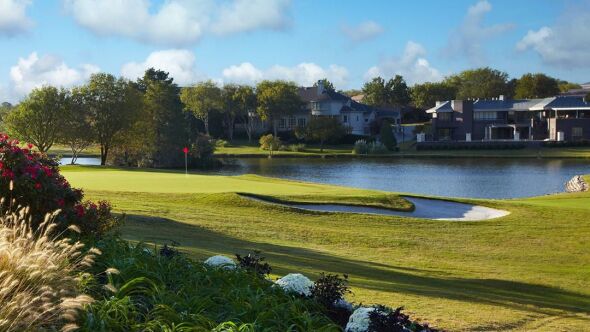 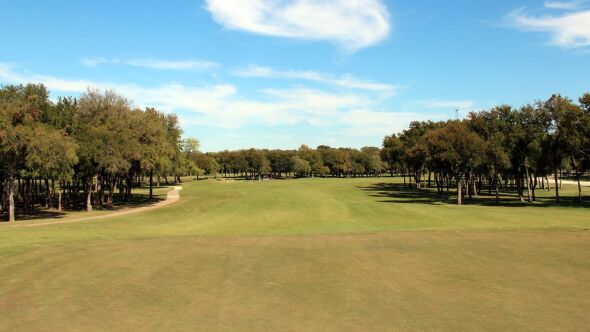 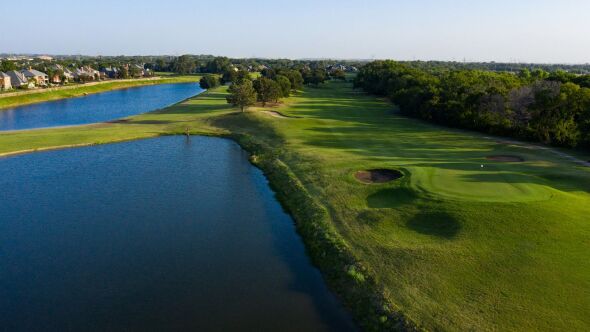 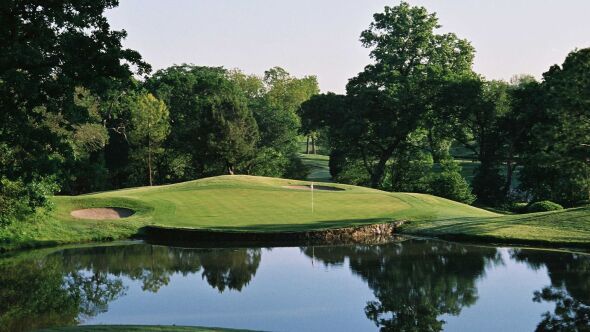 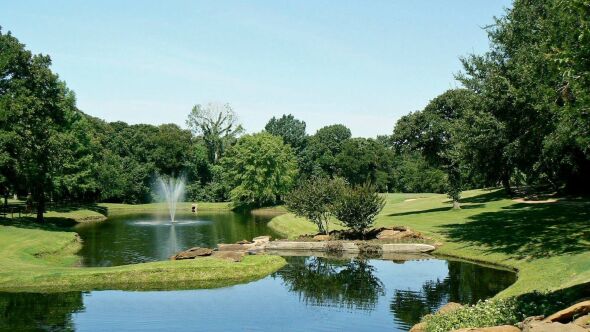 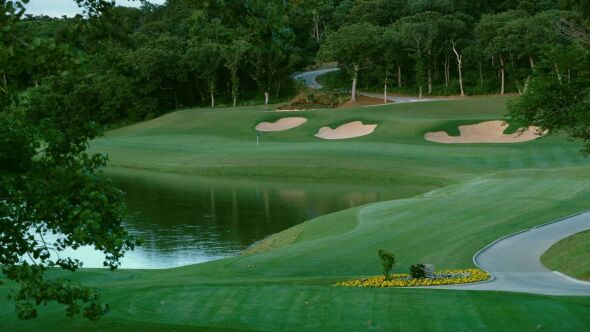 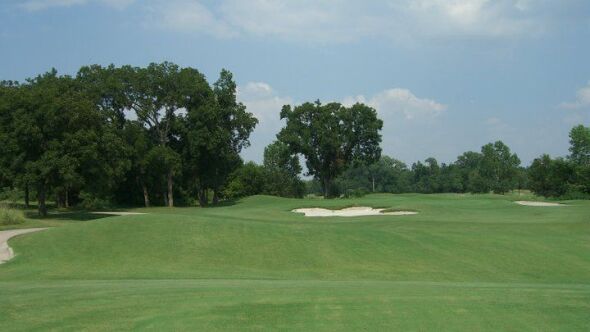 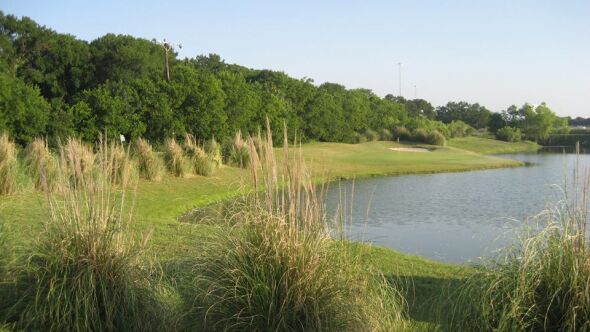 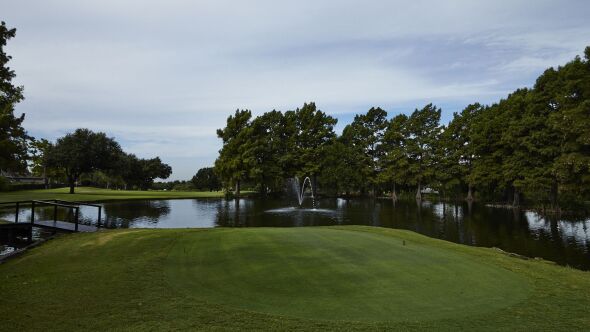 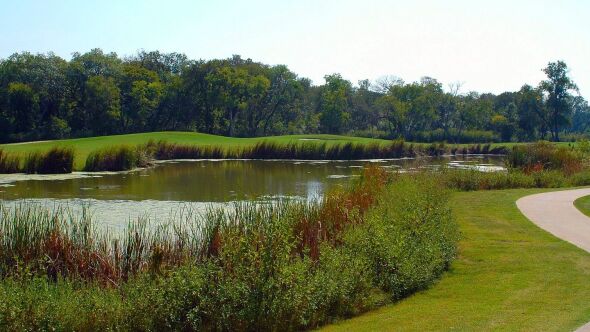 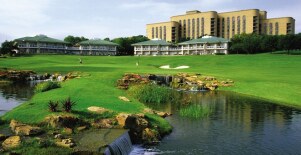 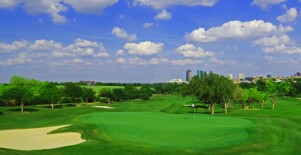 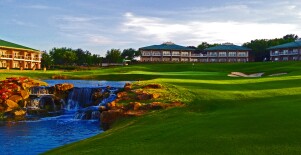 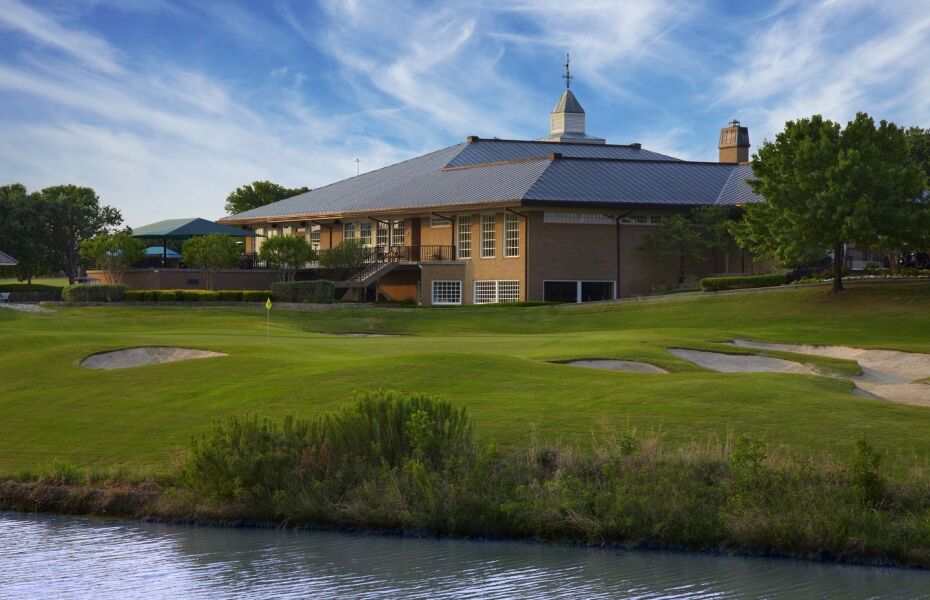 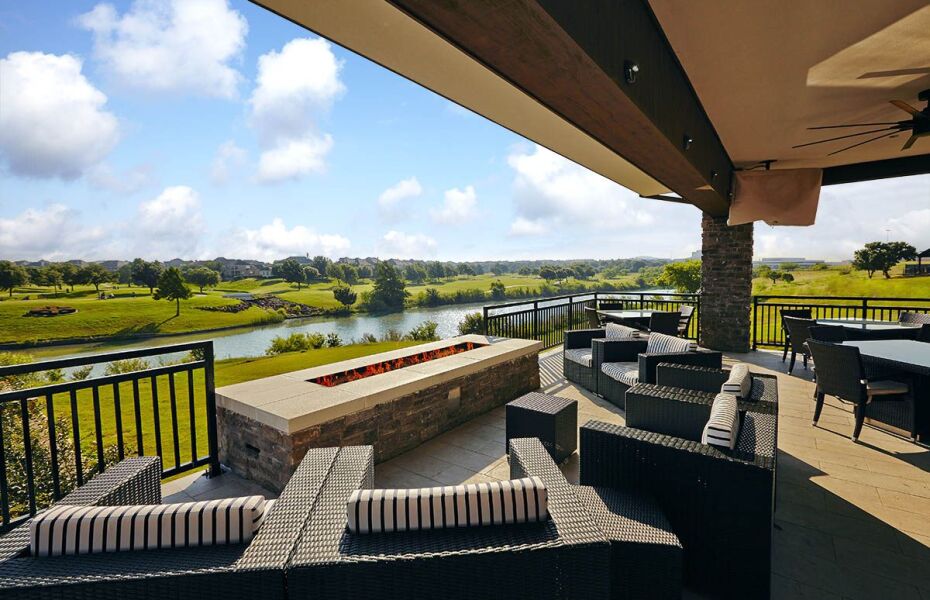 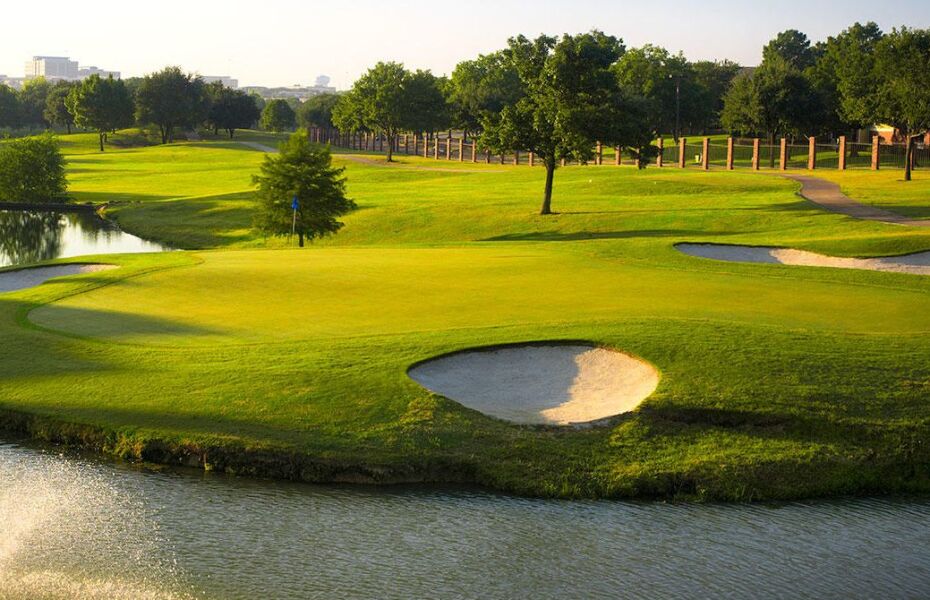 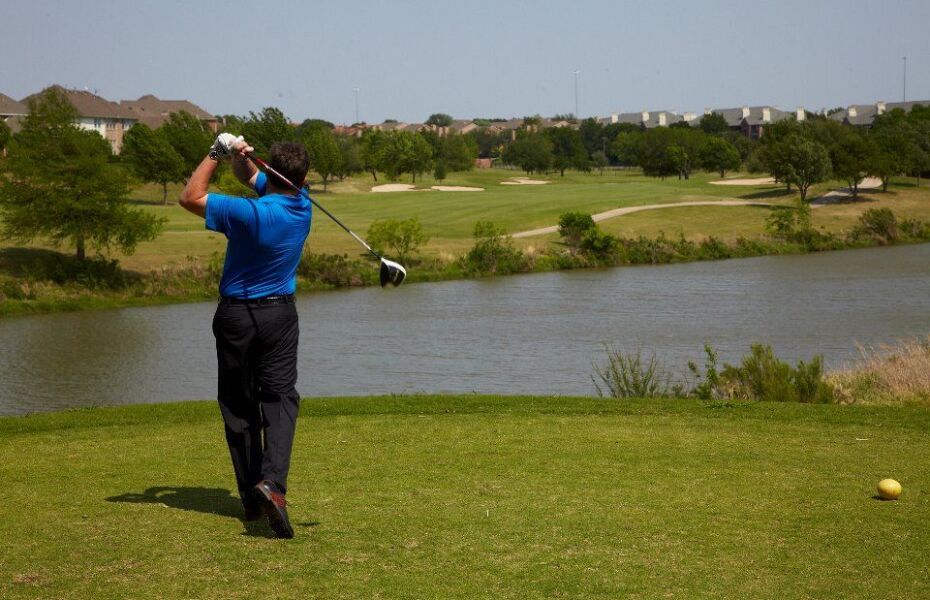 A view from tee at Hackberry Creek Country Club 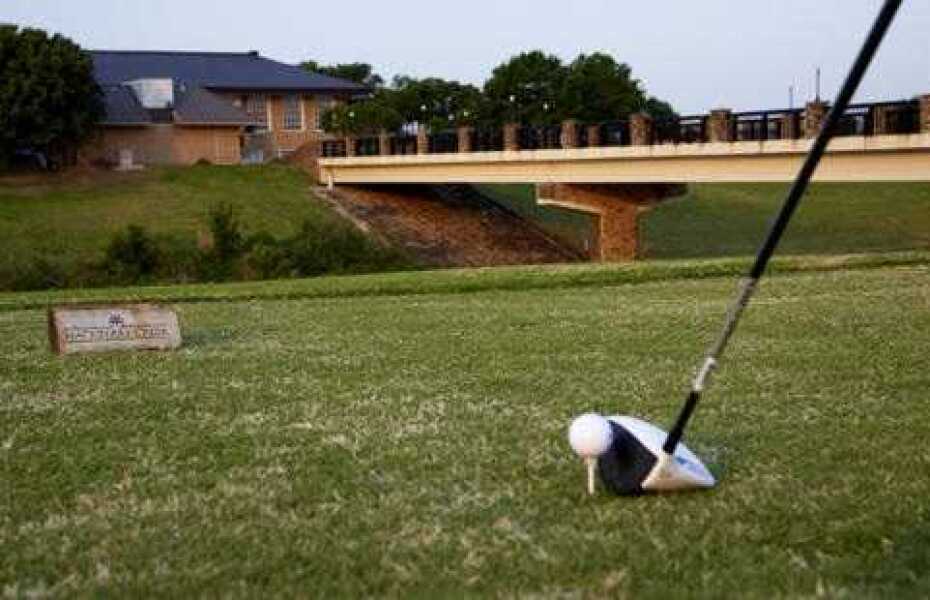