With beautiful views of the Rocky Mountain, the 18-hole, public Coal Creek Golf Course is a popular golfing option in Louisville. Richard Phelps designed the course to have a different front nine and back nine. The front nine has a links-style layout with plenty of water while the back nine features dramatic elevation changes and strategically-placed sand bunkers. The unique and challenging golf course covers 6,957 yards and plays to a par of 72. The rolling fairways are quite generous and the undulating greens are very fast. Coal Creek Golf Course also offers picturesque views of the Rockies from its higher elevation points and situated on the course itself are several natural landmarks.

Great Course for the money

I lived in Denver for eight months and had the chance to play Coal Creek a number of times. The first five holes really set a good tone and I would recomend this course to anyone. The Marshall Fire on 12/30/21 destroyed the houses on number 1&2 and it also took out the native grass area between 2&3. The greens were always good and each one offered its own unique challenges. I really think this would be a great place to host a company tournament. The course is still a great place to play and practice. The driving range and practice chipping green are great. in the four times I played there the staff was always great. I hope you get a chance to get out to this course in Louisville and give it a go.

Made it out to play for the first time since October 2019 and this course made for a great reintroduction to the game. A nice layout and a great staff made for a fun morning.

Jwilli08
Played On 10/15/2019
Reviews 2
Skill Intermediate
Plays Once a month
I Recommend This Course
4.0
Previously Played

Been a few years since I last played CC, and it was a pleasant surprise. Greens were in great shape, pace of play was speedy, and I like the new course layout, in terms of hole order.

Enjoyed the new layout changes, 1st time on the course since the rebuild.

We haven't played Coal Creek singe it's redo. A lot of the old course still remains and the newer improvements are slight but noticeable. As a retired guy the price was jacked up just enough to allow me to play it not as often as I once did.

Coal Creek Golf Course is a beautiful north metro muni set in a wooded glen with Coal Creek flowing through it. It had a disastrous flood in 2013 that shut the course down for 18 months and it has come back better than ever! I play with a guy who lives on the course and I always tease him that he´s living the dream! No two holes are truly a like - there are plenty of challenges and good course management is key. The staff is friendly and free tees. The cafe is a destination eatery for locals. good practice area and putting green. Walkable.

Not a typical Colorado course

Nice course. Greens were not real fast but rolled really well. Reminds me of an Oklahoma or Texas course. Lots of trees and water.

If you want a good, inexpensive option with good conditions and smooth pace of play, check it out. Don't expect to be wowed esthetically. This is a classic Dick Phelps course, narrow with mature trees and one or two cool holes on the back 9. Otherwise it's just a neighborhood course. But overall it's pretty good.

Coal Creek was closed from the fall of 2013 until late June 2015 due to extreme damage to the course from flooding.

Coal Creek has now reopened and is essentially the same course as it was before the damage. There have been improvements to drainage, green contours have changed a bit and there are some runoff areas behind a few of the greens. Staff has also thinned some of the tree "alleys" that were present before the flooding. The shots on #6 and #10 are more wide open and this is a great improvement from before.

Coal Creek is now run by the City of Louisville, before the closure they had a management company operating the golf course for them. The new staff is very friendly and welcoming. Everyone that I interacted with had a smile and seemed happy to be at Coal Creek.

There are a few downsides, I think that the course was opened a bit too soon and it should improve over the next year. As it stands now, the main practice putting green is closed and will not be ready for practice for some time. The alternate practice green is a joke and does not resemble the conditions found on the course. The driving range requires hitting off of mats at this time. On the course, the grass is not being mowed to the standard of other courses around here. The best attribute of the course are the greens, while slow they roll true and are in good condition. They will be better when mowed more often and they run a bit faster. The tees are also in good shape, although also a bit long and in need of mowing.

The worst part of the course are the fairways, they are very inconsistent and have not fully grown in. There are many times where the ball is down in a depression and hard to get to. The course is recommending preferred lies but this really needs to get better soon.

While the course was closed they made a couple of changes, there used to be more rough and some of that has been converted to tall fescue. It was advertised to be in places that do not come into play, however I observed groups searching for balls in these areas and they certainly were in play and slowed the round due to the searches.

Additionally there could have been some tee management while they were renovating the course. The tips play at 7,018 yards and the next tees are at 6,598 and the next set of tees is at 5,756 with the ladies at 4,771. There are two sets of "combo" tees on the card but do not appear to be rated for official play as they were not listed on the GHIN website. The combo tees also have "funny" distances at 5,944 and 5,280 (nice touch at Mile High!) but there is a huge gap between 6,598 and 5,756, they should have put something in to cover that distance gap for players who want something in the 6,250 +/- range.

All in all, it is an ok course that will be better in a year or two when the new grass has matured. Right now, it is a course to play occasionally but not a regular round for me.

COULD NOT PLAY DUE TO COURSE CONDITIONS AND RAIN

COAL CREEK STAFF ADVISED ME THAT THE COURSE WAS NOT I THE BEAST CONDITION DUE TO RECENT SANDING AND REPAIRS TO GREENS PLUS ONE TEMP. GREEN ON NO. TWO. THIS ALONG WITH RECENT RAINS , WE ADVISED NOT TO ATTEMPT PLAY . I WAS ENCOURAGED TO WAIT A COUPLE OF WEEKS.

The course was in great condition and was moderate to challenging. I will definitely be returning, but I only had a couple knocks on the course. One complaint was that some of the tee boxes were in bad condition and/or not even/flat. The other complaint that I had was there was not a starter. We were at the first tee box at 3:15 with a tee time of 3:18 and a group came up saying that they were a 3:08 tee time. I must say that was very annoying.

course is for every level of play (except beginners)

because of its location, the air you breathe while you play is extremely polluted. 2 holes are right next to a very busy highway. The back nine is very noisy because of the highway, but the front nine are relatively quiet and pleasant.

The course is well maintained and play flows well.

This is one of the most challanging driving courses I have played. The fairways are tight and it is difficult to drive the ball and get it in the fairway on almost every hole. Fun course though

Unlike many of the public courses, Coal Creek actually demands careful shot selection and strong execution. This isn't a course to simply take out the driver on every par 4 and par 5. Club selection is critical and it pays big to keep the ball on the short grass. There is no intermediate rough at Coal Creek. Miss the fairway and you are in 2 or 3 inch rough!

Fun course, but think carefully about how you play each hole.

If you're long; you won't hit many drivers but a beautifully laid out course. Added bonus; my 1st hole-in-one on #17, 141 Yard PW.

This was the first time I played this course and really enjoyed it. The course is laid out nicely and has a combination of easier and tougher holes. Would definitely recommend giving it a try to those who havent played it yet.

looks like every one's having a pulling/pushing cards- easy course to walk, except #15.
Tee boxes needs some work. 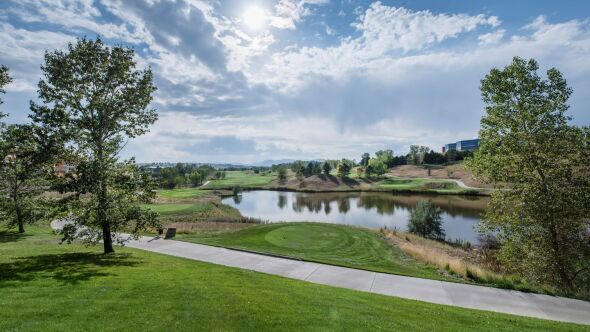 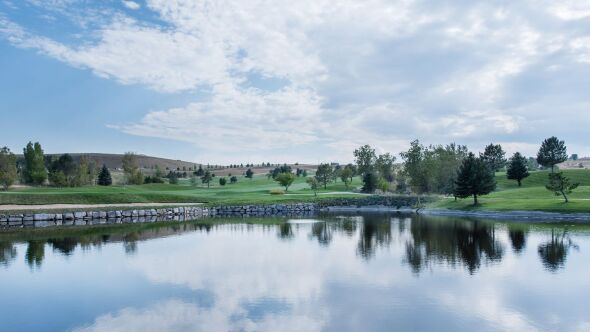 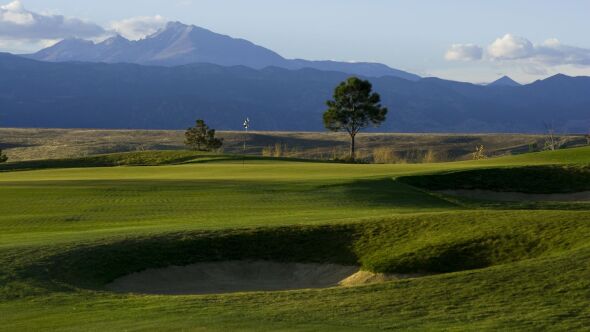 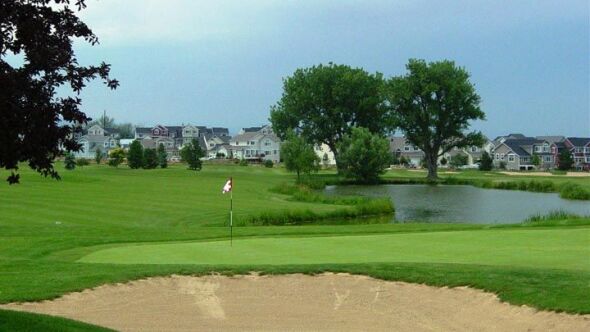 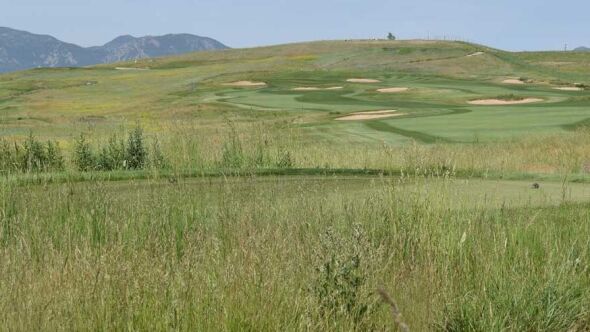 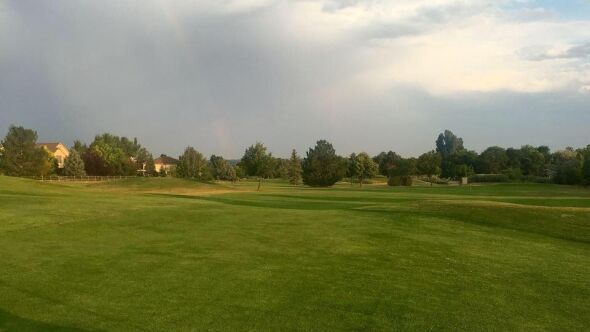 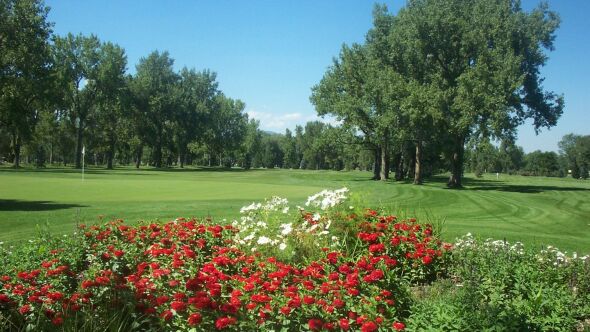 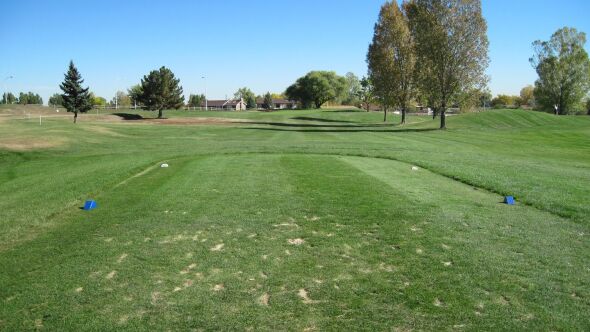 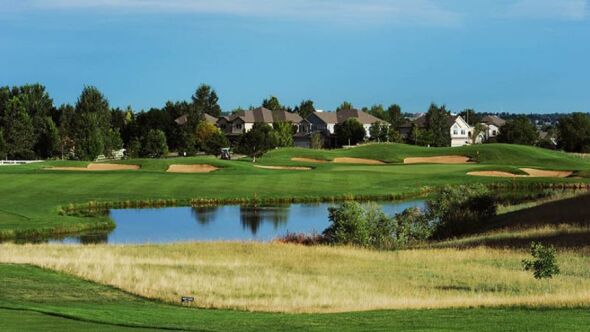 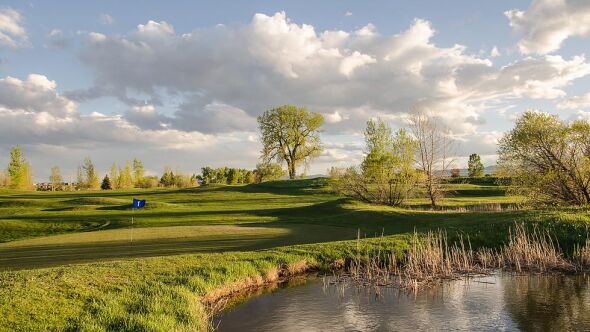 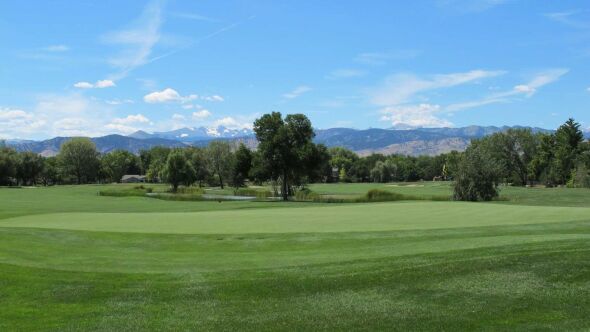 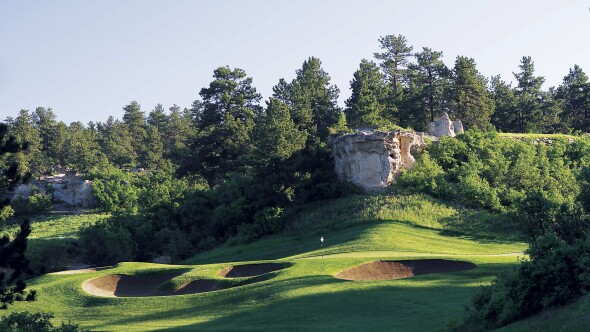 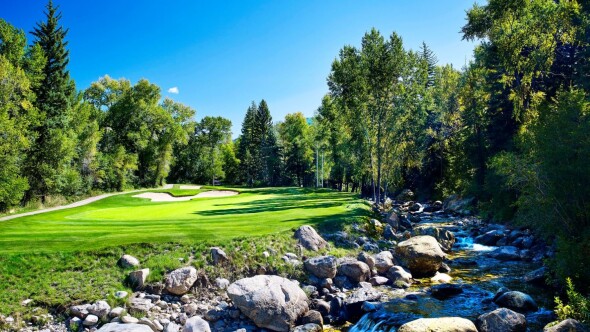 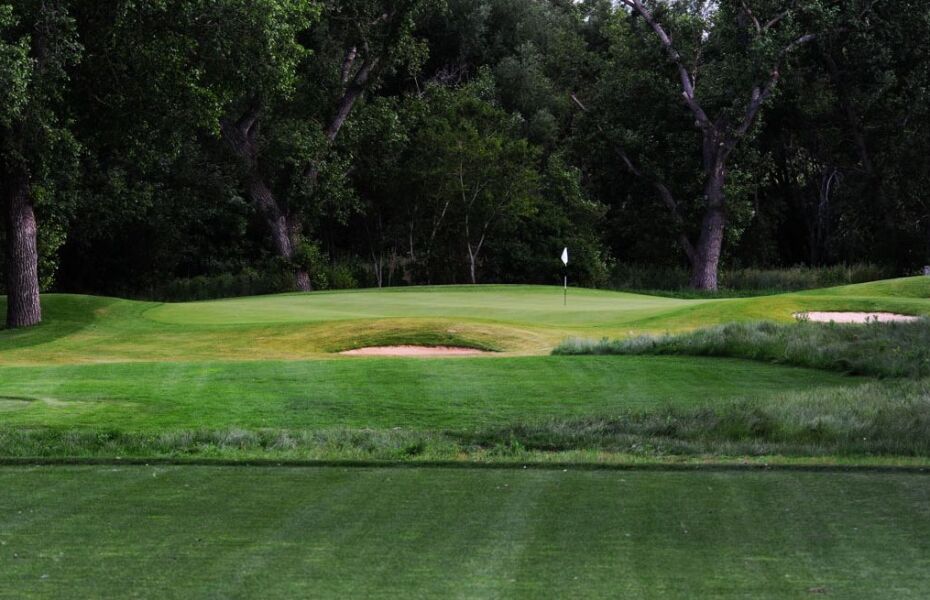 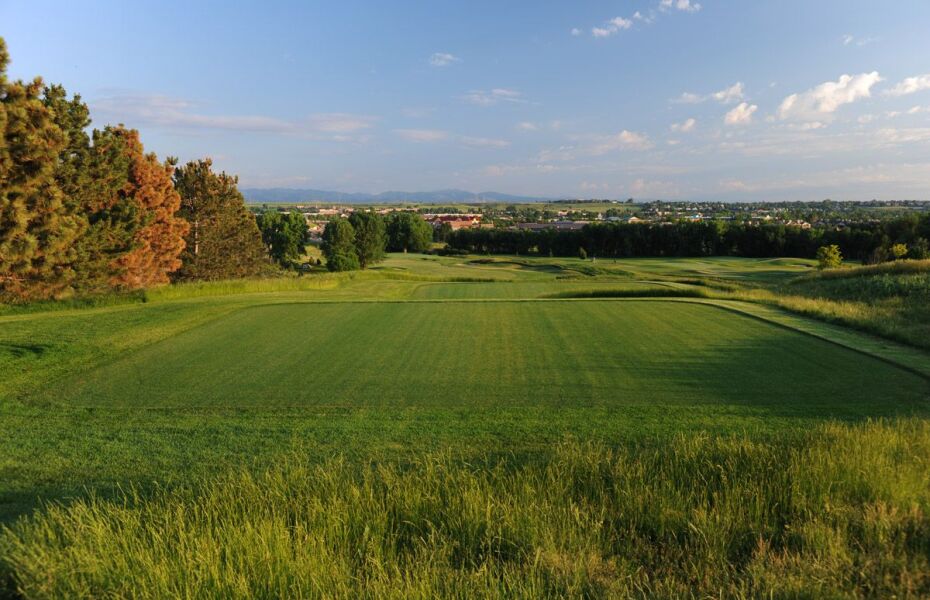 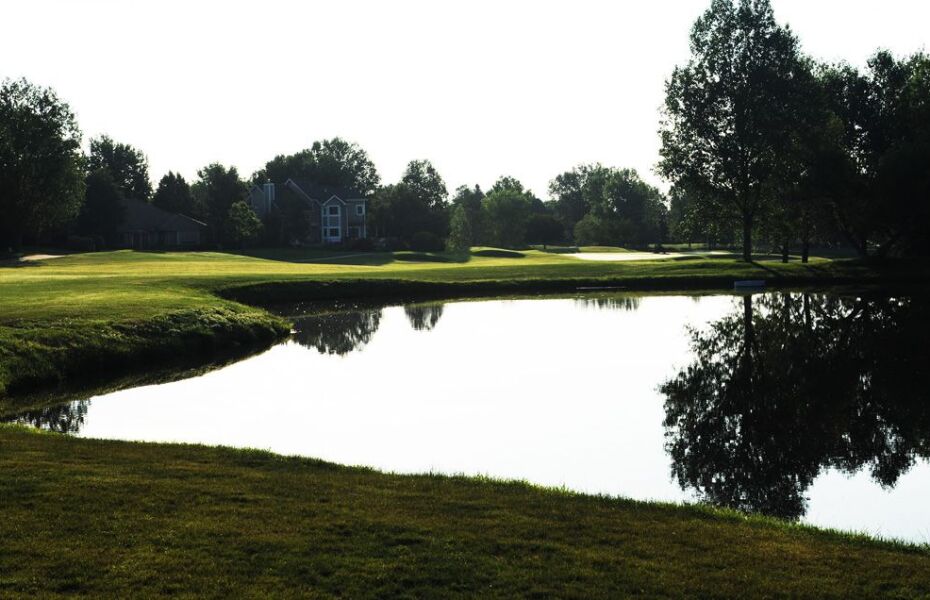 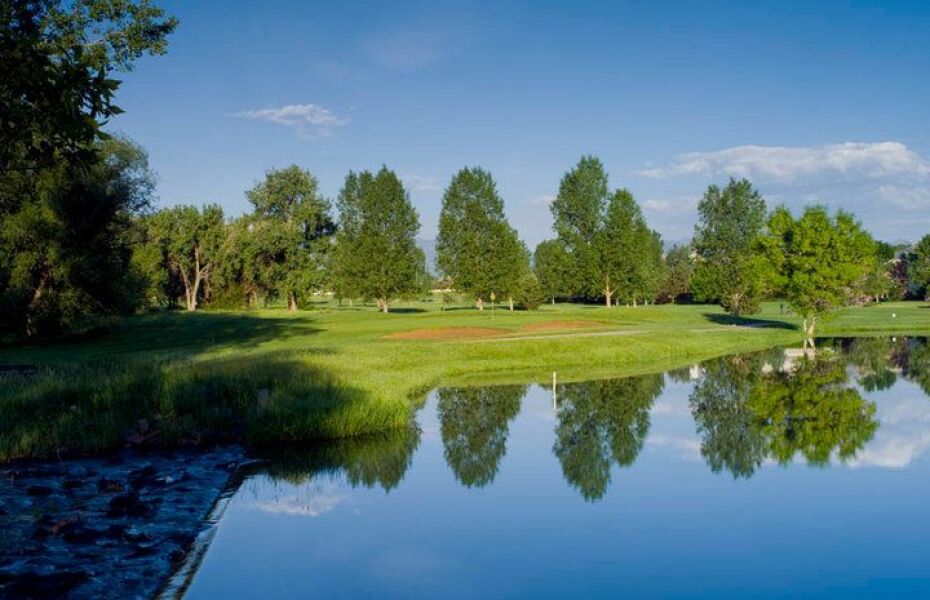 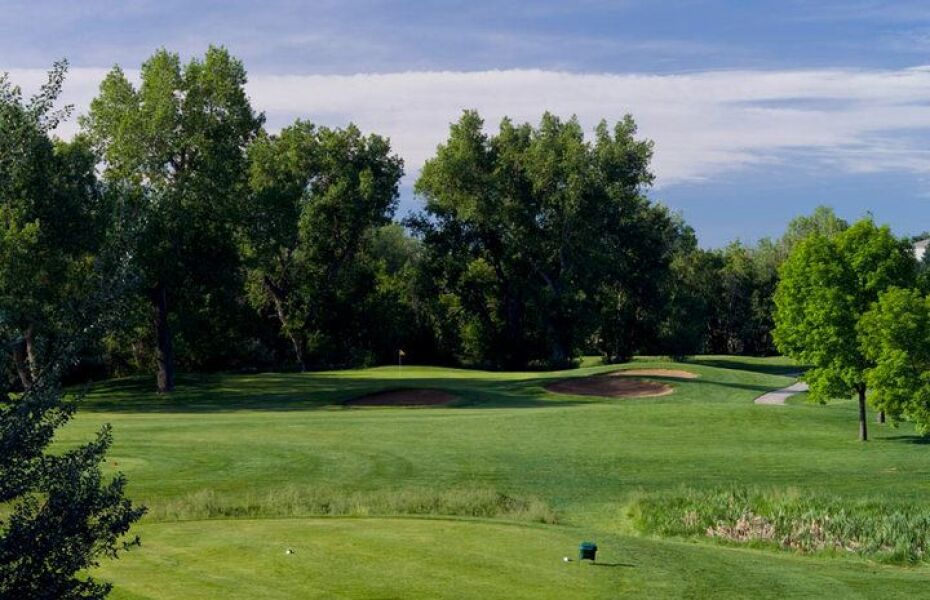