The 19th Hole is Great For:
Drinks 7
Course Challenges Include:
Bunkers 8
Thick Rough 8
Narrow Fairways 6
This course/club is great for:
Locals 17
Seniors 12
Walkers 12
This Course's Location is:
Convenient to the City 11
In the 'Burbs 8

The chainsmoking ranger seemed pleasant enough at check-in, but we knew something was up when he approached us at the 9th tee, of all places, and informed us that "the boss" had decided that the course was going to close at 4:30pm that day, regardless of whether or not we were done golfing, and no rain checks would be offered. After we finished the 18th, we were greeted by an angry version of the chansmoker, who was upset that we were 15 minutes past the time he told us, and that we had to hurry the carts in to have them sanitized (a dubious claim, considering the 3 workers were out the gate and to their cars all of 5 minutes later than we were).

Look boss, I'm sorry that you had it in your head that morning that since it was cold, you would be home before 5pm that day. You took our tee times, you accepted our collective $300 in greens fees, and let us tee off on the 1st without a word. At that point, your work day ends when the last group of golfers finishes their round, not at some arbitrary closing time that you have in your head.

As for the course, after getting away from the first two holes that run along a busy road, it was a nice enough stroll through some pleasant wooded landscape. The course is short, so you definitely won't use your whole bag, and the greens are pretty bland with your typical back-to-front tilt and few other features, but the par 3s were enjoyable, and the rest of the holes were decent enough for a nice late fall round. There were two S-shaped holes on the back 9 that were quite terrible, but they weren't enough to kill the round.

Overall we had a good time, and we appreciate being able to golf this late in the season, but we're not all Chainsmokers fans, ok?

I have played this course in the past but it has been a year or so. still as good as I remember. The course is always very maintain and in great condition. not overly challenging most of the fairways are reachable and the greens are not very difficult

spartysummers
Played On 07/11/2019
Reviews 6
Skill Intermediate
Plays Once a month
I Recommend This Course
5.0
Previously Played

This is a real nice course. Me and my junior play all the time. Not to hard, not to easy ..just challenging enough. Real nice friendly staff!

spartysummers
Played On 05/26/2019
Reviews 6
Skill Intermediate
Plays Once a month
I Recommend This Course
5.0
Previously Played

This course is a great little track for the money. Some long challenging holes, some fun short holes but nonetheless it’s well-kept, and the staff is very friendly. Highly recommended if you’re in the area.

Not a great course

Course is typical for a county course. Grass was weedy and irregular. Back nine was wet. Overall short course with questionable layout of some holes. I feel no need to return to this course.

I play here a lot. Great course not too difficult. Well maintained and friendly staff who remember your name. Love playing here.

In my opinion, the slowest pace course around and always seems overbooked whether it be morning, noon, or afternoon.
There were 4 carts at every tee box and nowhere to play through to, we quit after 11 holes.
Physically though, the fairways, rough, and greens were perfect.

We started playing and instantly was approached about making sure we make the turn by a certain time as they have leagues coming in. As we continued to play we had to wait on the 4 some in front of us. We did in fact meet the time frame at the turn but then the ranger approached again at the 10/th and said leagues are coming in 5 mins make sure you keep pace.. We felt very rushed... By whole 13/as we skipped 12 to insure we wasn't holding anyone up. The ranger followed us for the entire rest of our play. We already was playing best ball.. Him sitting watching our every swing made it hard for a relaxing game.

Very strange course with some ridiculously designed holes for first timers of the course. There was barely difference in yardage between the mids and tips, and playing from the tips isn't a problem since this is a pretty short course (some sub-300 yd par 4s from the back tees). With that being your only advantage, you will be punished poorly for missing the tight fairways. The rough was cut at a ridiculously high length, so be prepared to lose many balls (or take much longer to find them) as well as find others' lost balls. Hitting out of the rough also took a considerable amount of power off your shot, so be prepared to club up at certain points. The moment your ball touches the rough it'll come to a dead stop. Very troublesome if you can't carry your shots well, which is painful to experience because the ball would roll for days on the fairway. I would not recommend this course for those that have trouble hitting the fairway with their tee shots or topping the ball, but would be fun for golfers that have better control and don't mind the unforgiving conditions on the course. Pace of play was surprisingly okay for how packed the course was, it's just a little unnerving seeing groups everywhere on such a compact course. The back definitely played harder than the front as others have said, so be prepared for some very tricky shots towards the end of your round. I also thought some of the greens were noticeably smaller than other courses in the area (especially on the par 5s), but they were in very good condition. I don't have any desire to play this course over any others in the area, so I would recommend this as a backup over any of the other Oakland County courses. If you have great control on your shot you don't have much to worry about, otherwise if you are less experienced like I am pick a more forgiving course in the area.

good location and easy to get on

This is an easy course with friendly staff. It is very flat and short. During weekdays, no tee time is required. They have good facilities and course condition is always in good status.

Great course for a short driver (220ish) like me! Long hitters will not be able to use driver on a lot of the front 9 holes and almost all the holes on the back nine - which has a ton of heavy dog legs and is a lot thinner then the front. Small greens were in great shape and course was very well maintained! Great rate thru GOLFNOW hot deal that I found on a Sunday morning too!!

It had been over 30 years since I played here as a kid. Lots of fun to return!

Not my favorite course in my area, but I'm very familiar with the course and couldn't pass up the price. It was a beautiful day, slightly overcast, perfect temperature, just an outstanding day for golf. So glad GolfNow had it available.

Course conditions were great. Front 9 plays easier than the back 9 which "tightens" up considerably. Not very long even from the back tee but still provides a fun day of golf for all skill levels.

The course wasn't a difficult course, but it also didn't have much of a lasting impression. The greens at the course are, for the most part, very small. The tee boxes needed trimming and some needed some leveling as they were not flat. In my opinion, the 40 dollars to play this course was not worth it.

The course was great, I know it's spring and this course is at its top. Great wild life thru out the course.

One of the nicest courses in the Detroit area. Staff is great.

It was November 1, 42 degrees and I still have fun.

Nice course for beginners. I strongly recommend it. 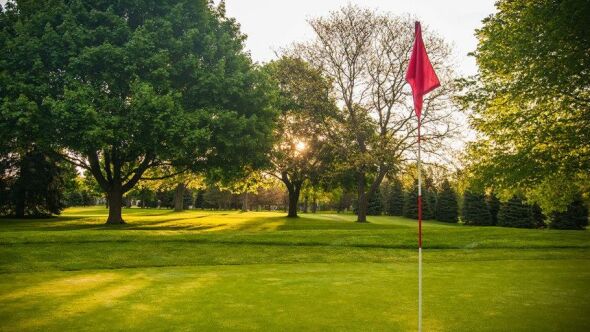 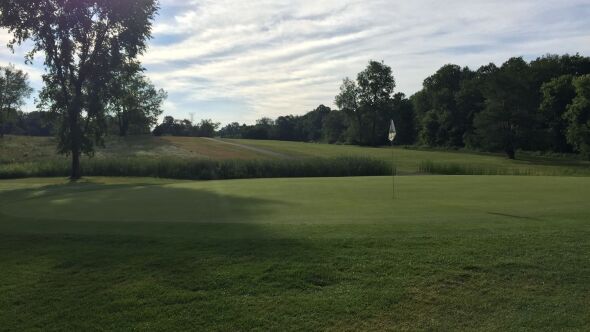 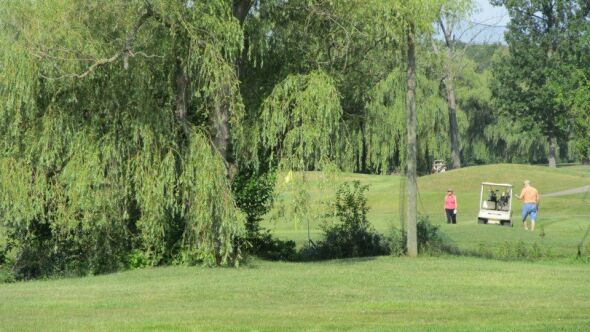 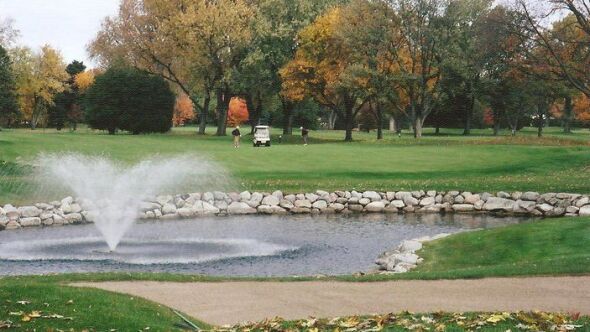 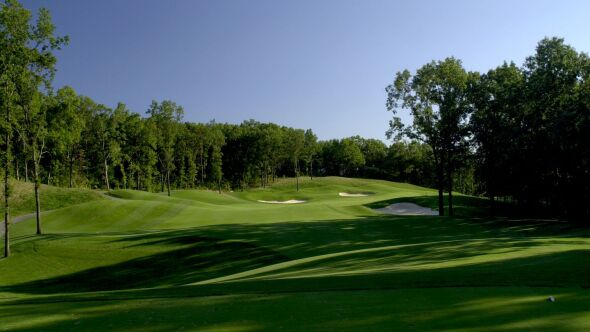 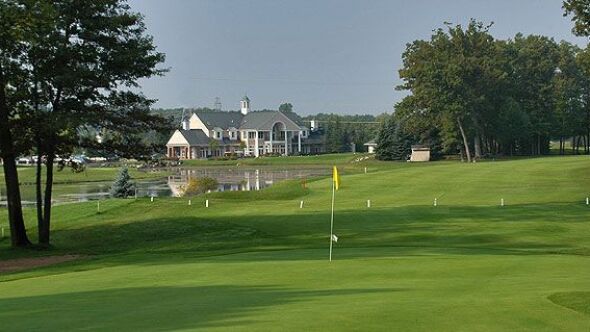 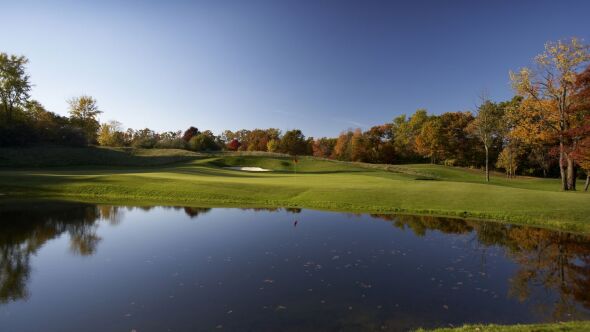 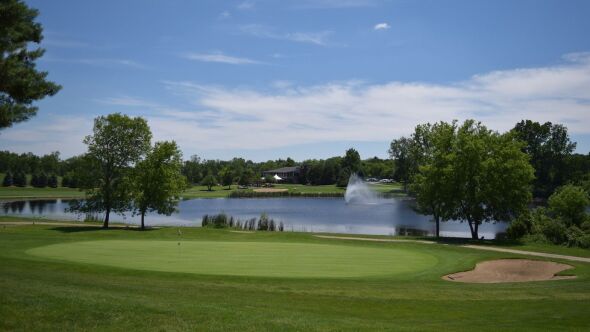 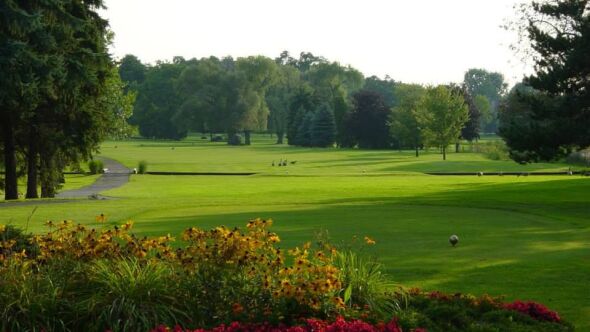 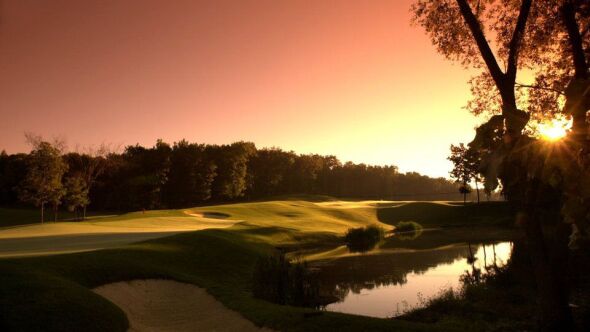 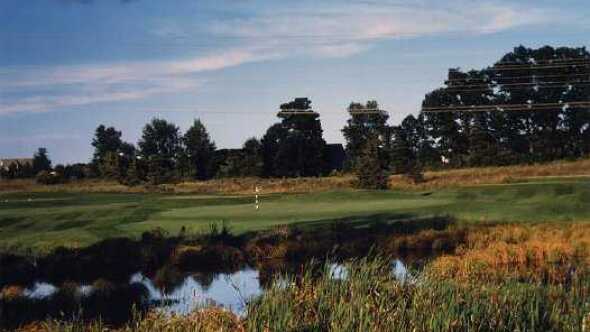 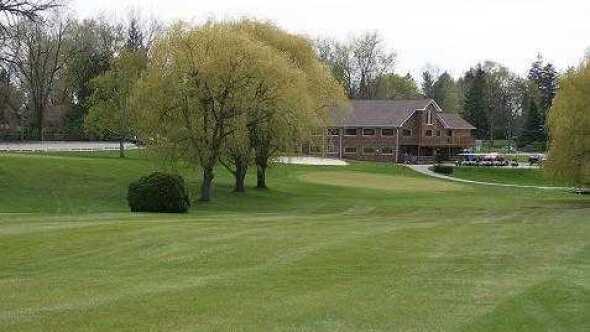 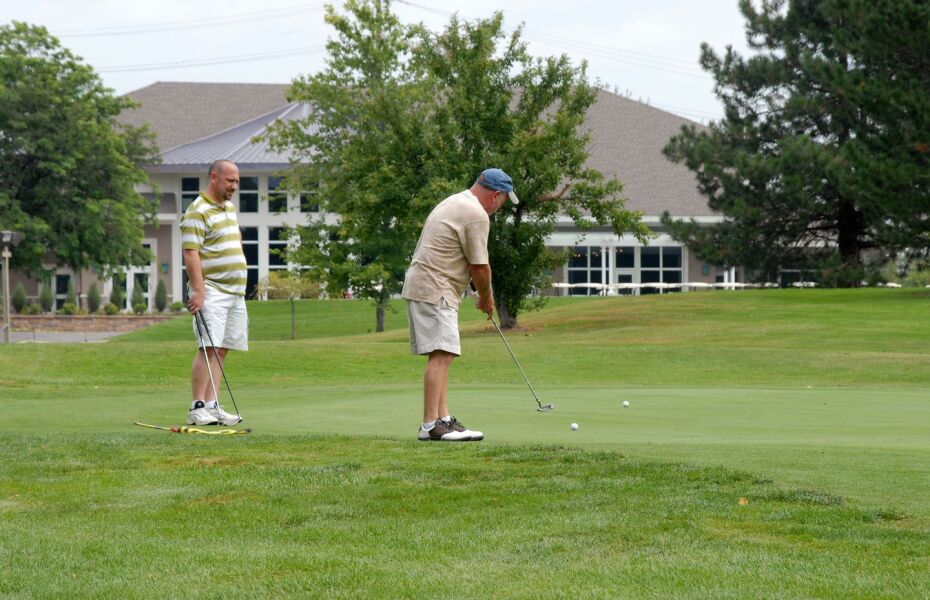 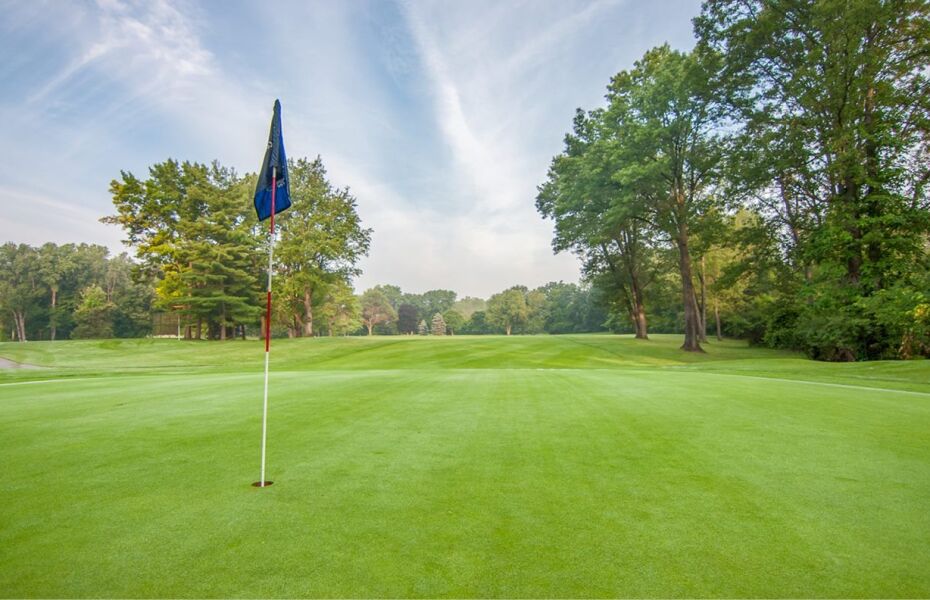 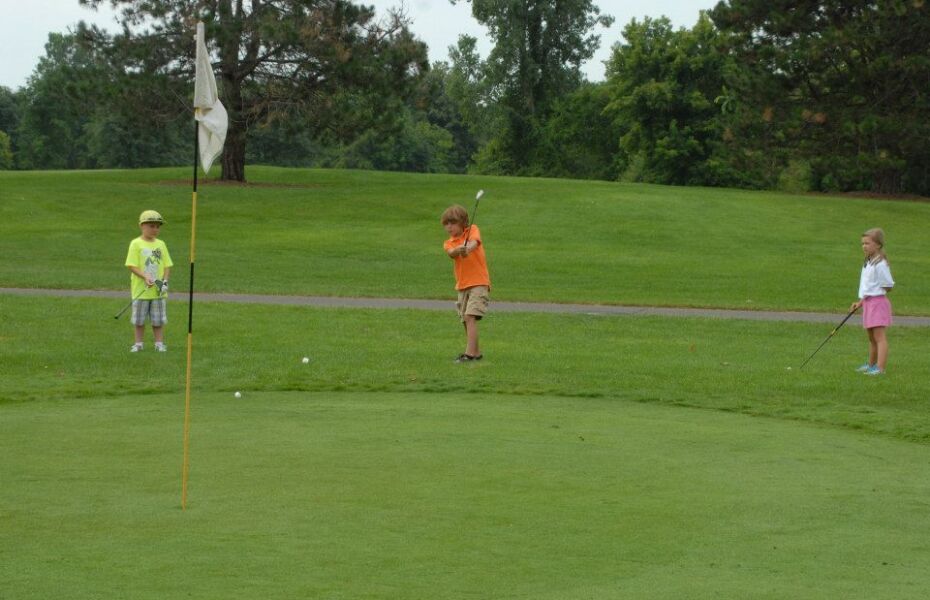 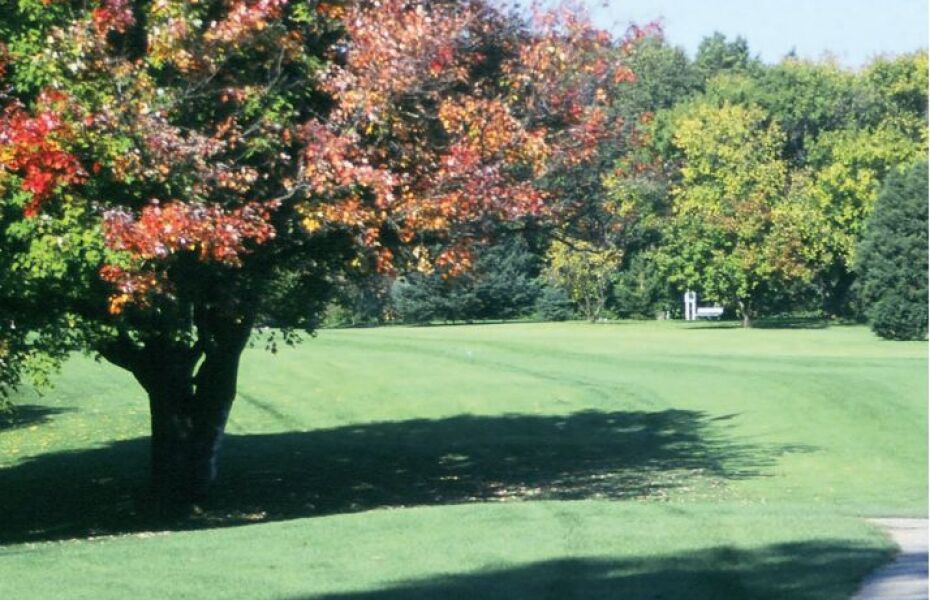 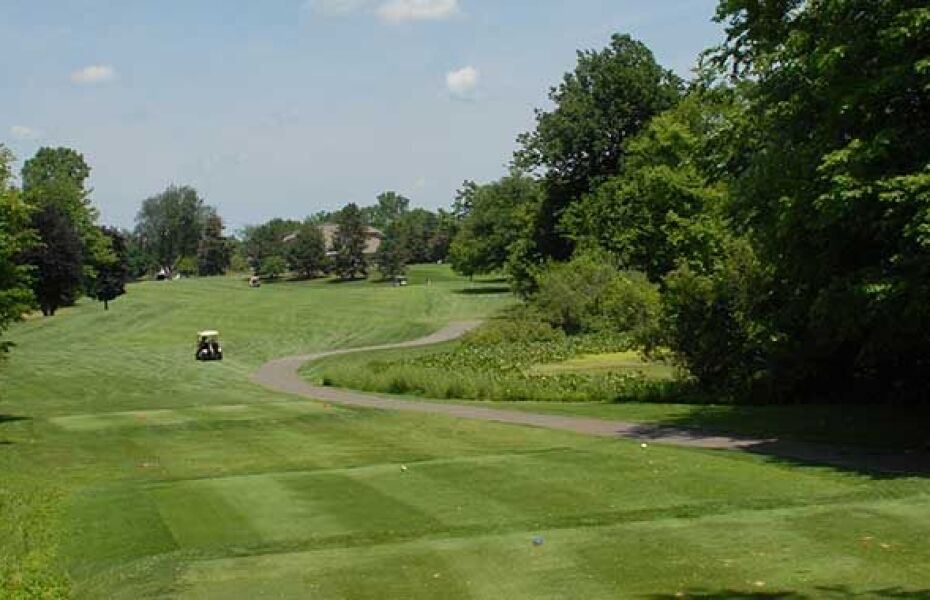