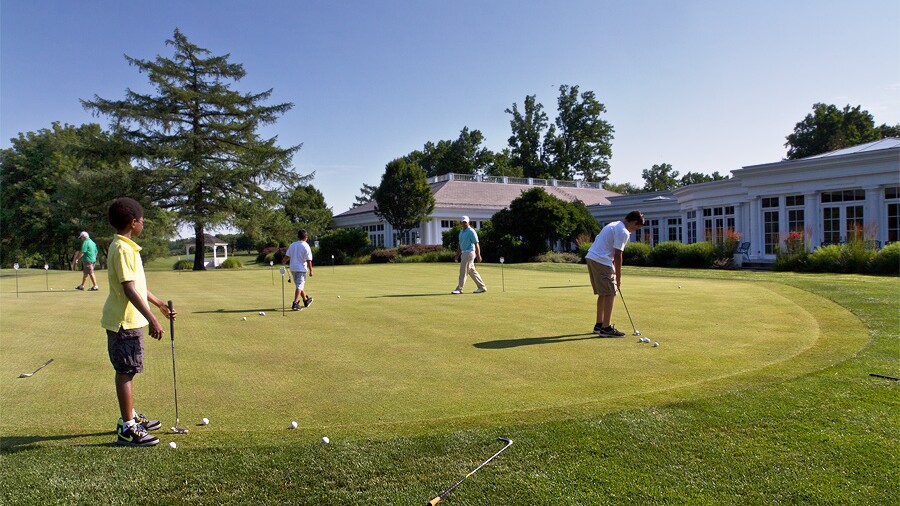 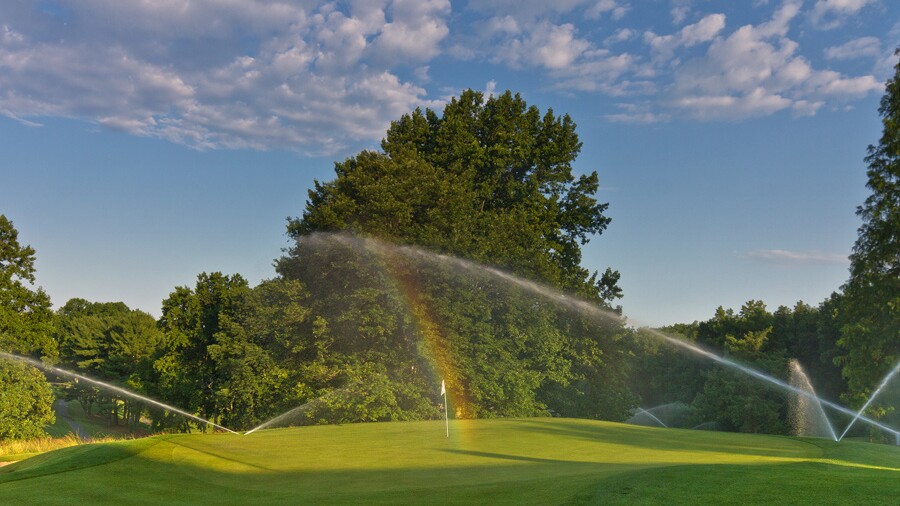 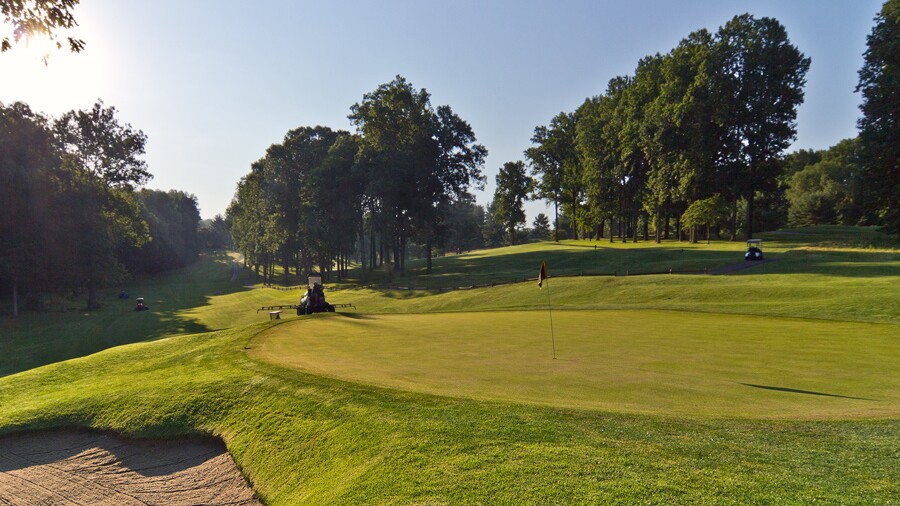 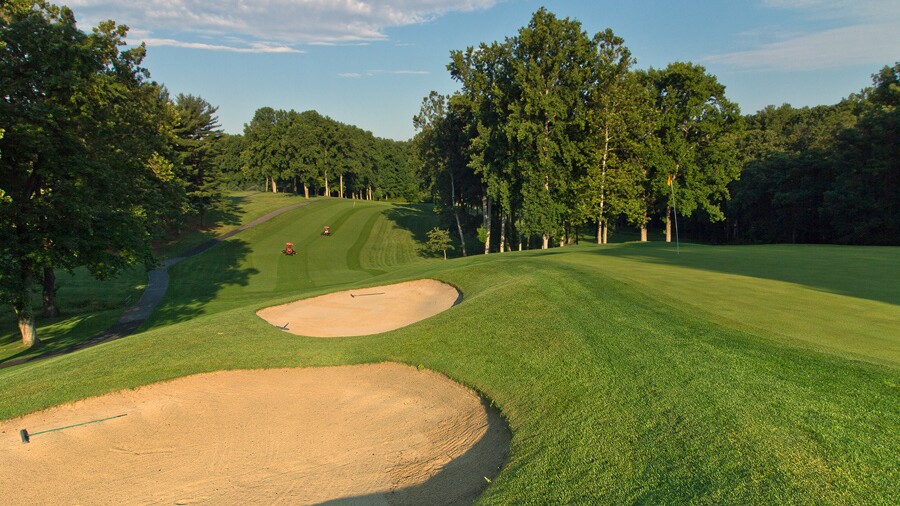 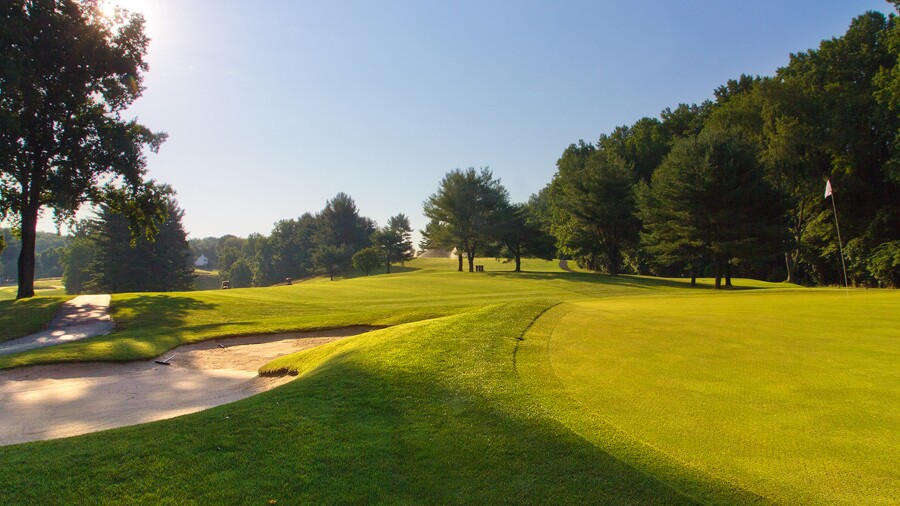 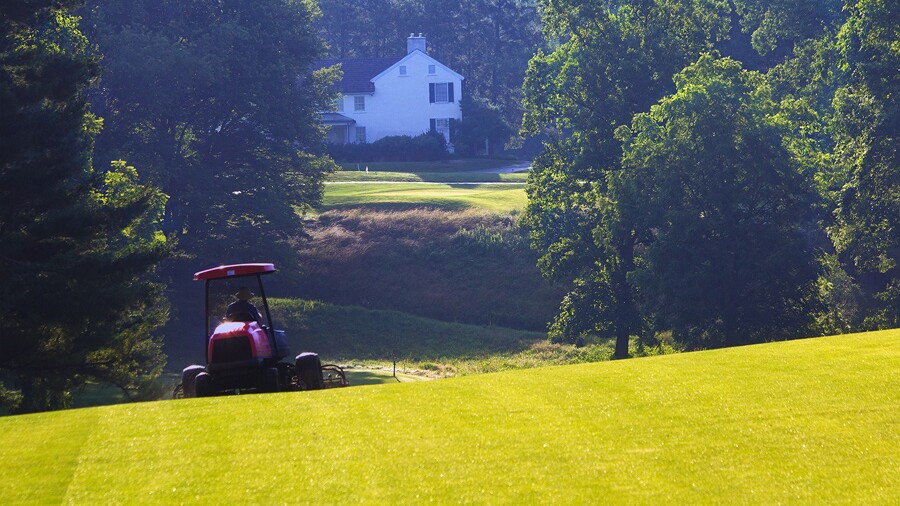 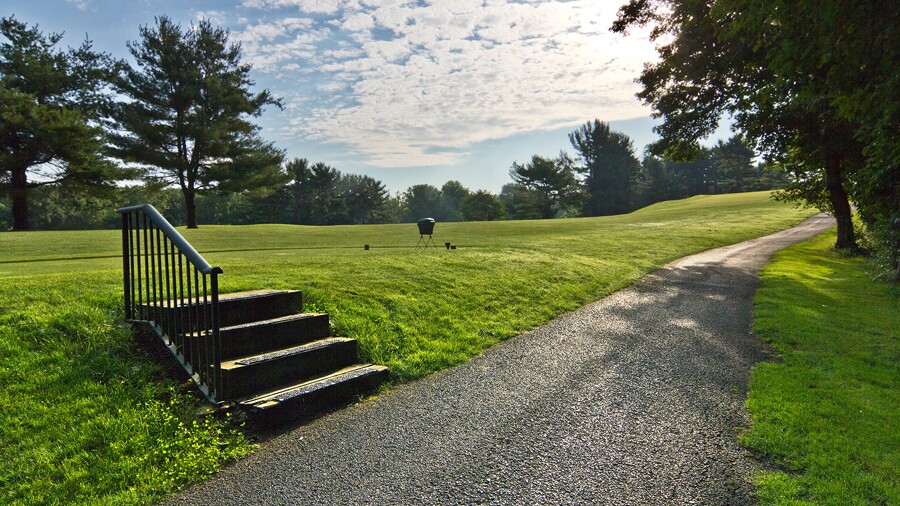 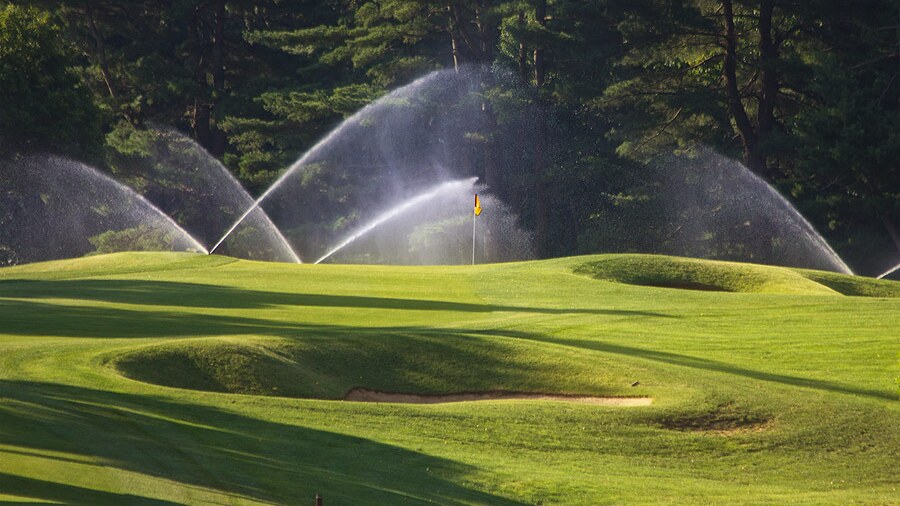 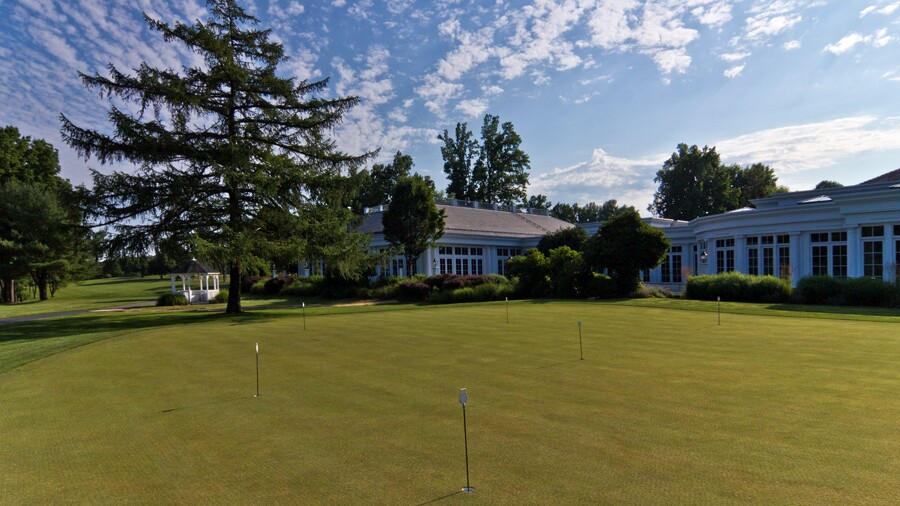 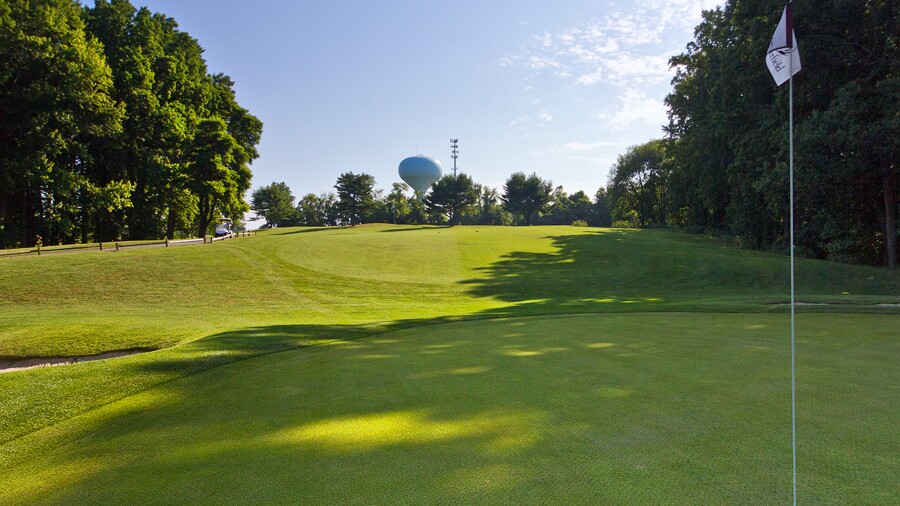 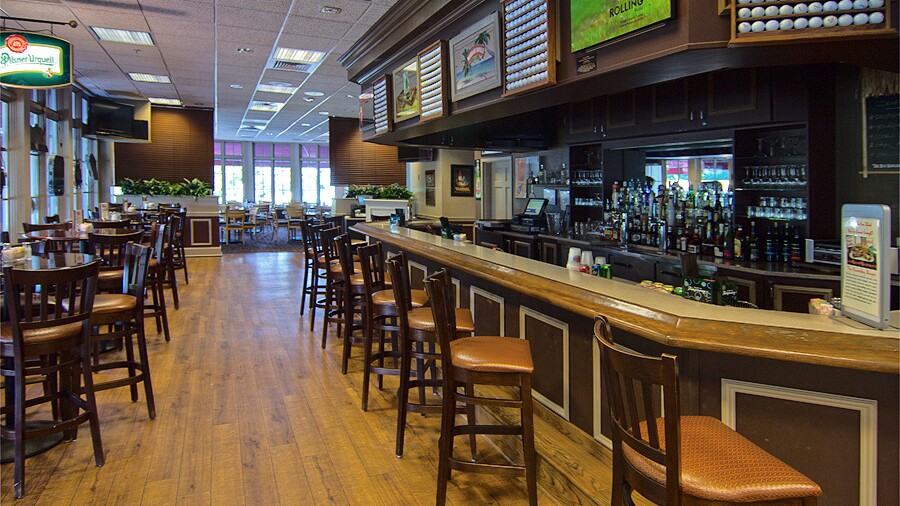 10 of 13
Deerfield golf course - Pub & Grille
Whether it's after a round of golf or just unwinding from a long day at work, Deerfield's Pub & Grille delivers the fun, food and flavor you need. Oleg Volovik/Golf Advisor 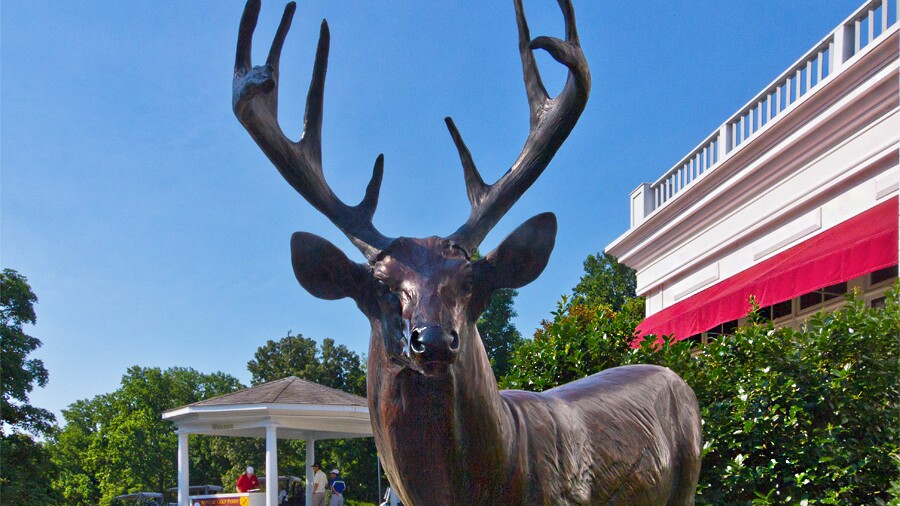 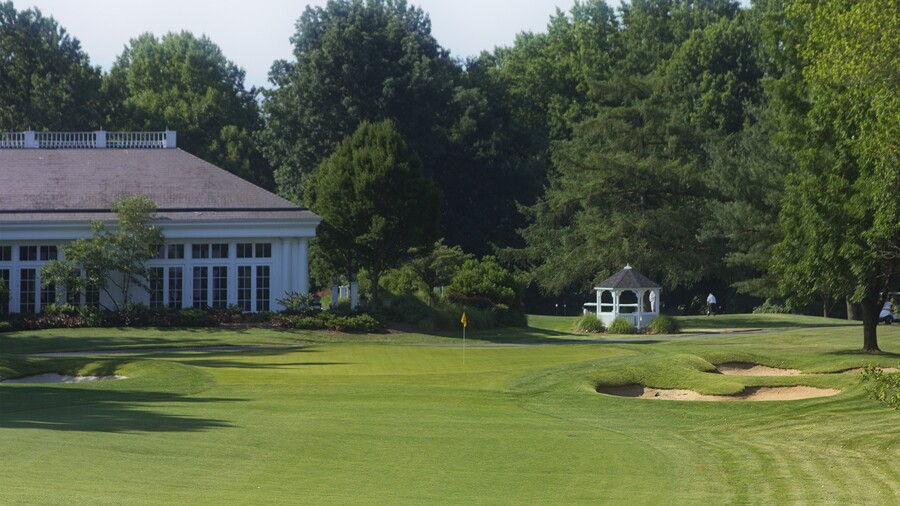 NEWARK, Del. -- The Deerfield golf course opened in 1955 as Louviers Country Club, originally built by the DuPont Corporation for its employees. Sixty years later, the club was acquired by the state of Delaware and became part of White Clay Creek State Park.

At 6,323 yards from the back tees, the golf course may not seem long but don't let the yardage deceive you. The hilliness of the terrain makes the course play much longer. Golfers will be hard-pressed to find a flat lie and there are several blind shots in store as well.

The dramatic elevation changes provide many challenges, but overall it's not an overwhelming course by any means. Players of all skill levels can approach it with confidence. The opening par-5 hole will quickly grab your attention with a dogleg left and a narrow, hourglass-shaped green that is severely sloped from left to right.

In contrast, Deerfield's final hole is a dogleg right, though this player-friendly par 4 has open entry to the green, which will accept a variety of approach shots.

Oleg Volovik
Born and raised in the former Soviet Union, photographer Oleg Volovik moved to the United States in 1992 and now lives with his wife and two children in Los Angeles. He joined the TravelGolf editorial team in 2010. Originally graduated with a Masters Degree in Civil Engineering he continued to dedicate his time and energy to his passion for visual arts and photography. Oleg has extensive experience in fine arts, fashion, event, architecture and journalistic photography. His work has been exhibited in Los Angeles, Las Vegas and Moscow, where he also taught a master class, sponsored by Hewlett-Packard, in April 2007. He may be a novice golfer, but Oleg always wears a white leather glove during photo sessions. "Golf photography is my own 'game' with the beauty of nature and human creativity.
Latest Popular Content