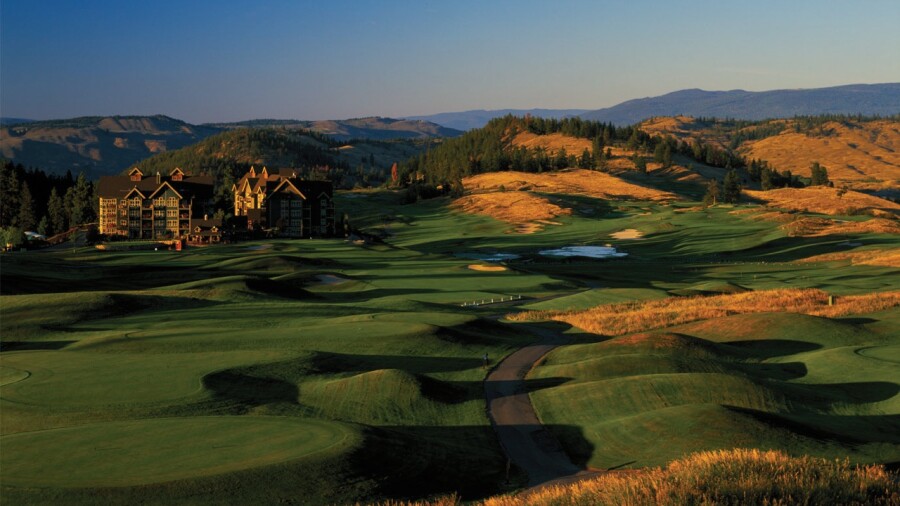 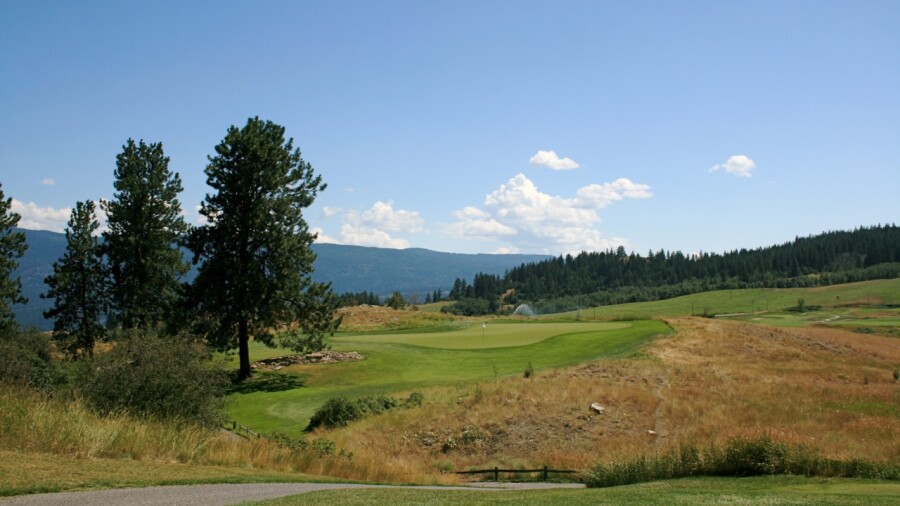 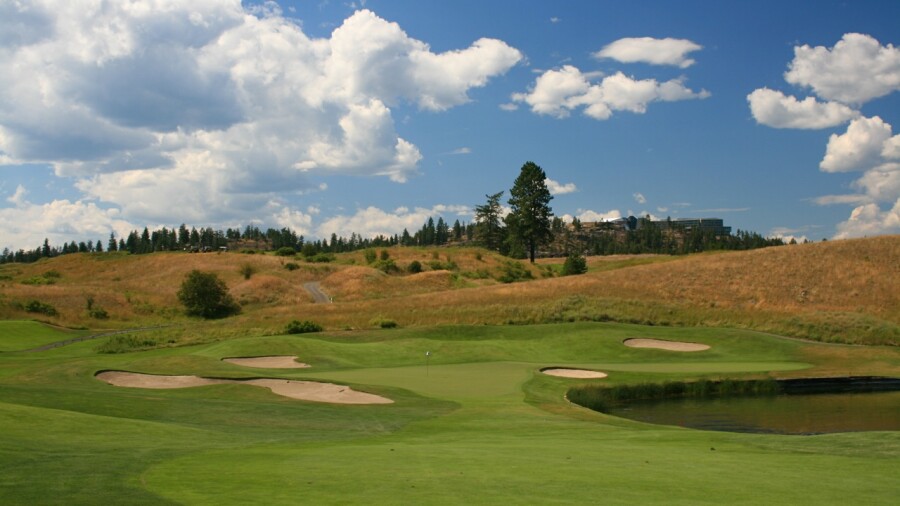 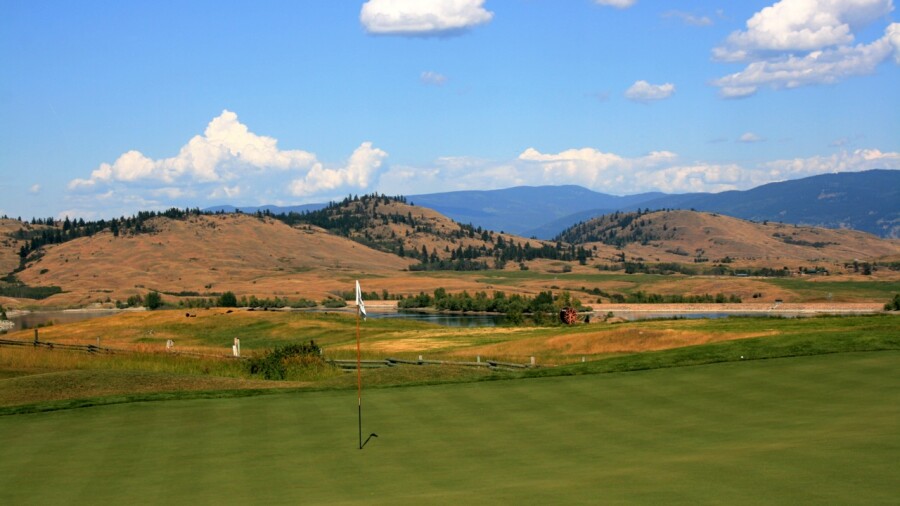 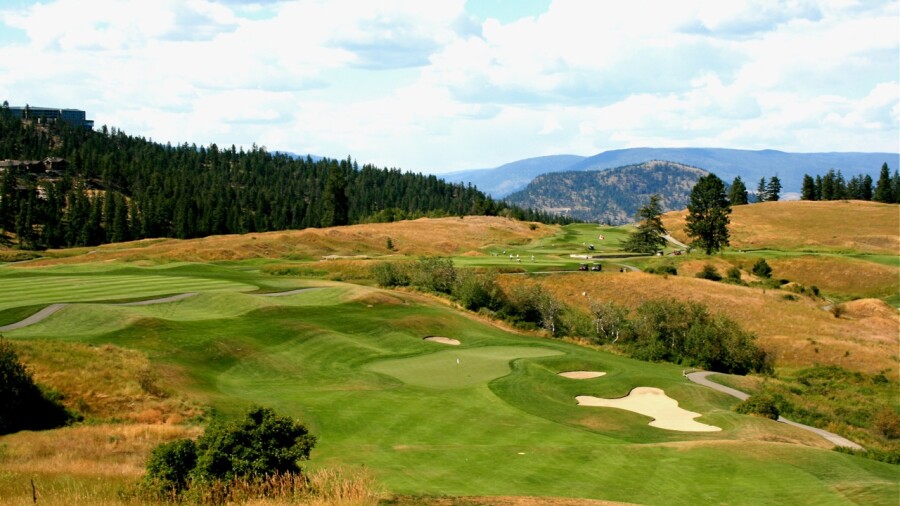 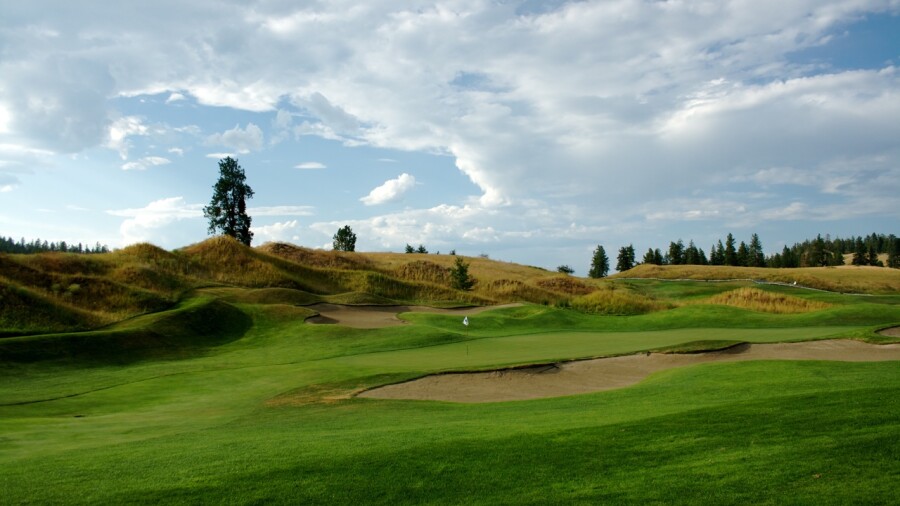 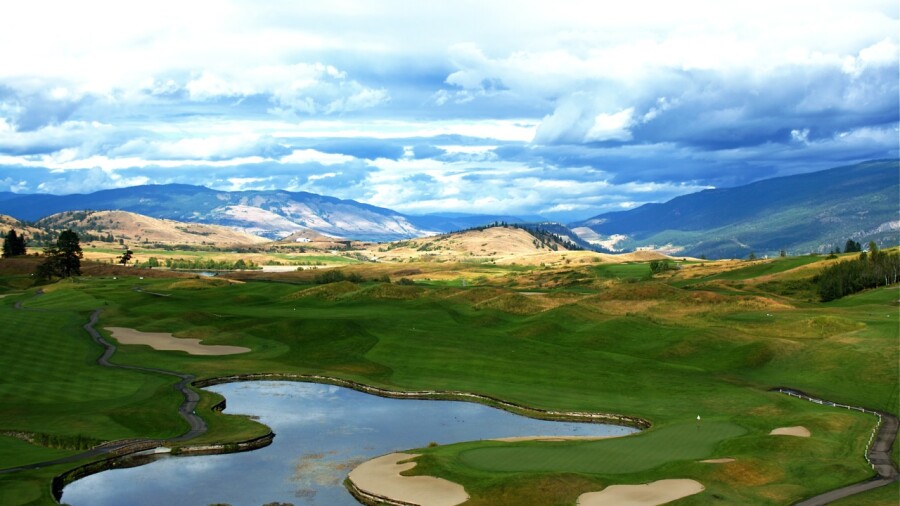 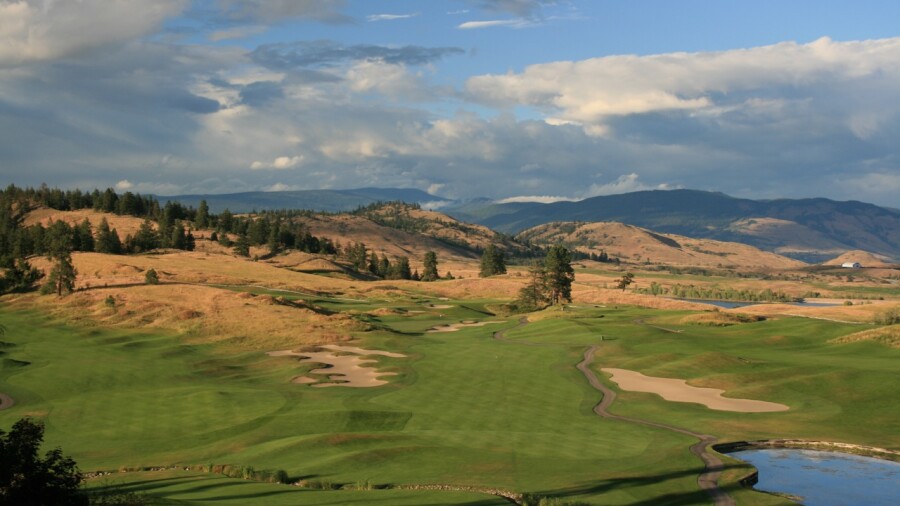 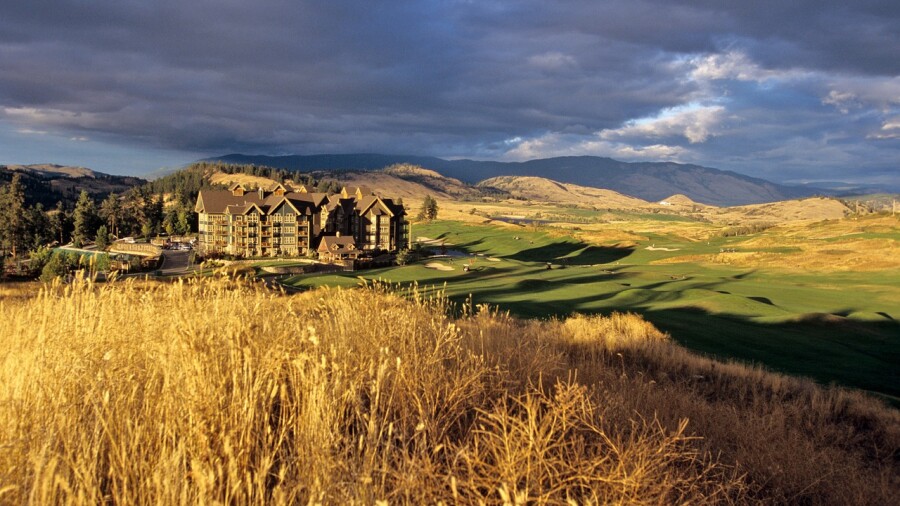 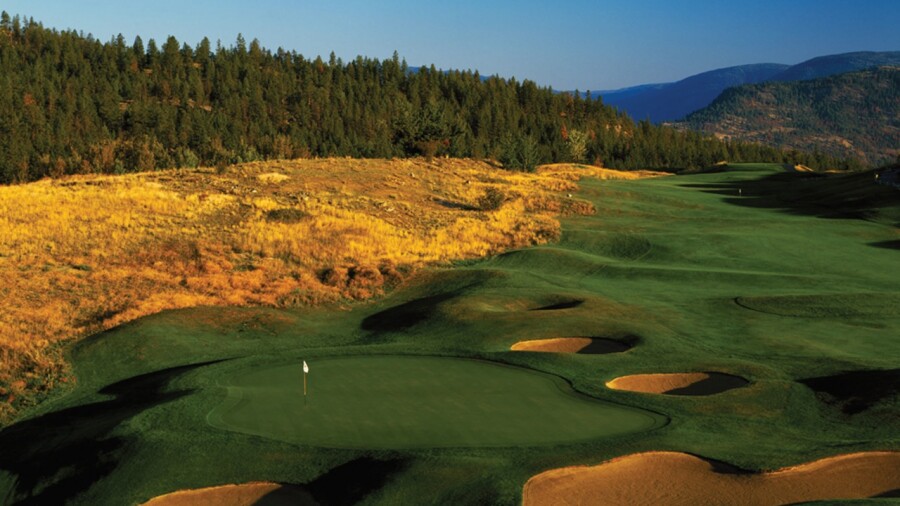 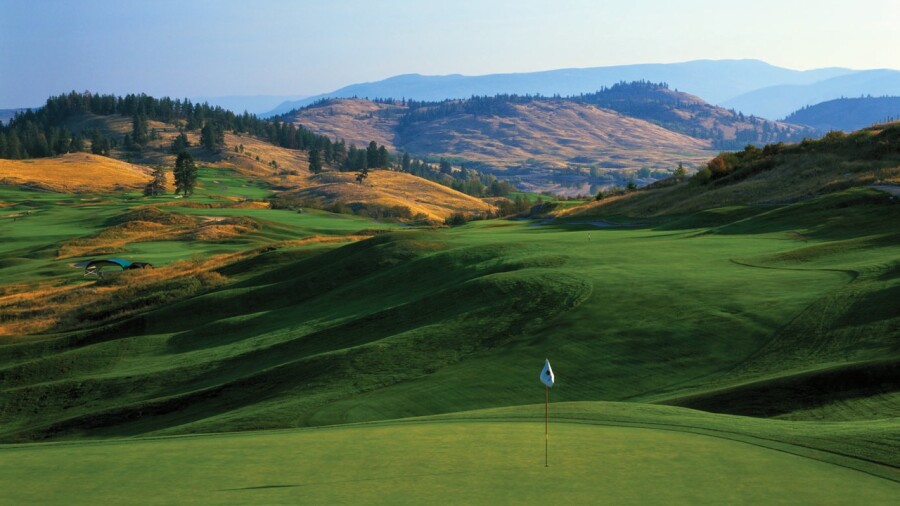 VERNON, British Columbia, Canada -- With the new Ridge course opening in 2010, the original course at Predator Ridge Golf Resort is now the Predator course. The Les Furber design opened in 1991 and soon became known as the most difficult test in the Okanagan Valley, a half hour north of Kelowna, the main airport of the region. It is host to many of the area's professional events, including the 2008 TELUS Skins Game that featured Camilo Villegas, Greg Norman, Fred Couples, Mike Weir and Colin Montgomerie.

The Predator course is set on rolling, open valley land in most spots and has tall fescue grass and dunes lining most fairways, which are usually narrow and have bunkers and fescue grass defending them. The greens are also very sloping, often featuring multiple tiers and slopes, making putting and approach shots very challenging. The par 71 course has four sets of tees and plays 7,090 yards from the championship tees.

At one point, there was a third nine added to the course, but it was destroyed in order to build the new 18-hole Ridge course. A golf course community and resort, Predator Ridge opened a new on-site lodge in 2002, and a full practice facility, clubhouse, salon and spa is also on site.

Brandon Tucker
Brandon Tucker is the Sr. Managing Editor for Golf Advisor. Prior to the launch of Golf Advisor in 2014, he was the managing editor for Golf Channel Digital's Courses & Travel. To date, his golf travels have taken him to over two dozen countries and nearly 600 golf courses worldwide. While he's played some of the most prestigious courses in the world, Tucker's favorite way to play the game is on a great muni in under three hours. Follow Brandon on Twitter at @BrandonTucker and on Instagram @btuck34.
Related Links 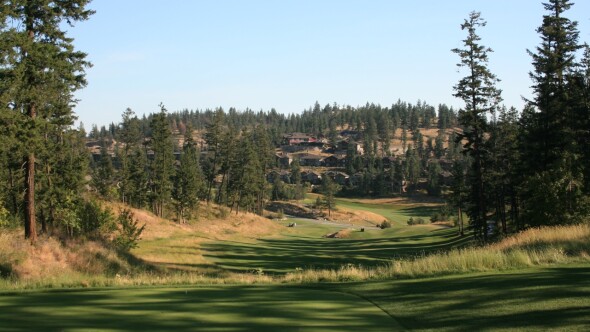 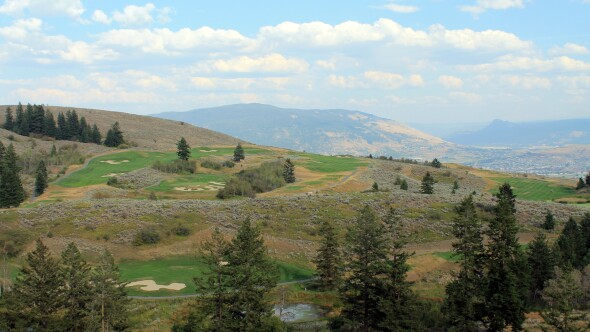 Articles
3 Min Read
Scenery is biggest selling point at the Golf Club at The Rise in Vernon, B.C.
If you're looking for an old-school layout, you're at the wrong place. In fact, you're probably in the wrong part of the world. What you'll find at the Golf Club at The Rise, in British Columbia, is four hours of golf that won't remind you of any place you've been before. Every hole is a bit of an adventure. Like a roller coaster, the ups just build excitement for the next plummet. 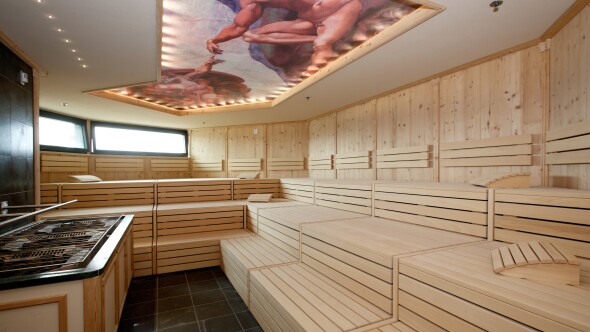 Articles
3 Min Read
Tale of two spas: Okanagan's new Sparkling Hill Resort and AVEDA Spa at Predator Ridge Golf Resort
The big news for spa buffs is the debut of Sparkling Hill Resort in the Okanagan Valley, a dazzling property with a must-see-to-believe spa. Sparking Hill was designed in the mold of a European wellness hotel. Guests are encouraged to come for an extended stay. Nearby, Predator Ridge Golf Resort has its own smaller, functional spa and salon, recently remodeled and run by AVEDA. 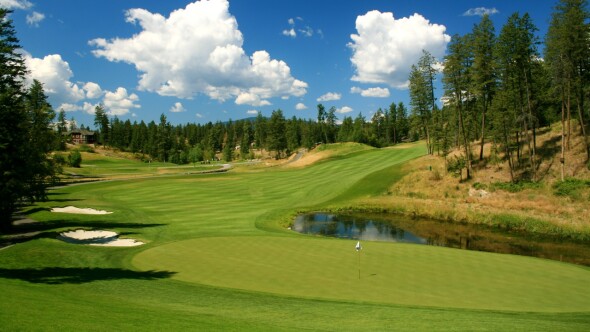 Articles
3 Min Read
Predator Ridge Golf Resort in Canada's Okanagan Valley doubles up with new Ridge course
Sibling rivalry is bound to ensue at Predator Ridge Golf Resort in Vernon, B.C., after the opening this year of the Ridge course. It complements the established Predator course, long an institution on the Canadian scene. The new 18 holes were built with scenery and playability in mind. And architect Doug Carrick added a landmark step to the resort's growth. 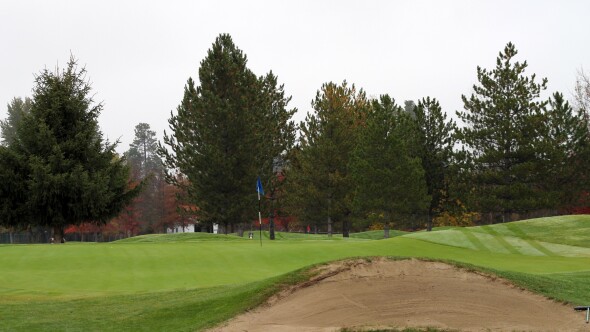 Articles
3 Min Read
Kelowna Springs Golf Club growing on visitors to Okanagan Valley in British Columbia
Still growing strong. That's the scouting report on Kelowna Springs Golf Club, a water-logged layout in British Columbia's Okanagan Valley that -- just like the orchards and wineries that this area is famous for -- is becoming proof that good things come to those who wait. The trees add definition, but it's the wet stuff that brings danger to this 6,256-yard, par-71 layout. 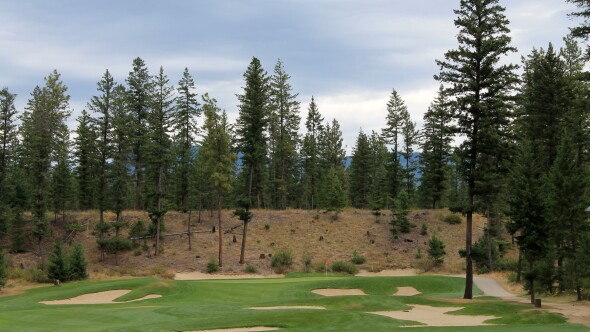 Articles
3 Min Read
Bring your sand wedge -- and sandals -- to Talking Rock Golf Course and Quaaout Lodge near Chase, British Columbia
The scorecard at Talking Rock Golf Course at Quaaout Lodge says something about "2,400 feet of sandy beach," which is located a few steps away from the lakefront rooms at the back of the lodge. You realize early on, however, that the total doesn't include the bunkers, which are plentiful. But the course, located near Chase, British Columbia, will not punish you. 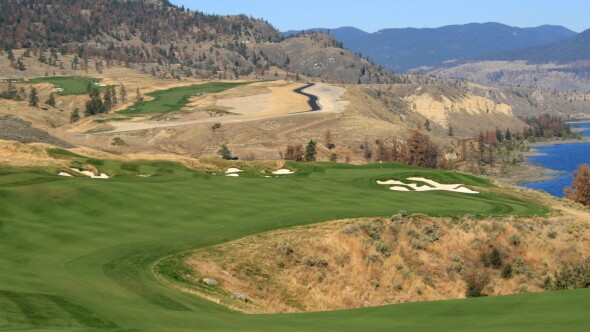 By Brandon Tucker
Read More
Load More
Now Reading
The Predator course at Predator Ridge Golf Resort in British Columbia, Canada
New Cookie Policy
WE AND OUR PARTNERS USE COOKIES ON THIS SITE TO IMPROVE OUR SERVICE, PERFORM ANALYTICS, PERSONALIZE ADVERTISING, MEASURE ADVERTISING PERFORMANCE, AND REMEMBER WEBSITE PREFERENCES. BY USING THE SITE, YOU CONSENT TO THESE COOKIES. FOR MORE INFORMATION ON COOKIES INCLUDING HOW TO MANAGE YOUR CONSENT VISIT OUR COOKIE POLICY.
CONTINUE
Search Near Me