Fazio talks Buffalo Ridge at Top of the Rock

Tom Fazio has more designs on the various "Top 100" and "Best Of" lists than any other living American golf course architect.

Unlike some big-name course designers, Fazio personally creates the plans for each of his courses and oversees much of the on-site work as well. It's difficult to summarize Fazio designs in a list of trademark features, as each one is tailored to -- or completely transforms -- the landscape upon which it is situated. All Fazio layouts, however, are typified by a certain air of grandeur, and by visually arresting golf holes that often actually play easier than they look.

Fazio began in the golf course design business with his uncle, George Fazio, in the early 1960s. Over the 40-plus years since, Tom Fazio has designed and built more than 200 courses, mostly in North America, with occasional forays into Central and South America, the Caribbean, and a notable renovation at Waterville Golf Links in County Kerry, Ireland.

Fazio's reputation for sparing no expense during construction, but at the same time maintaining the highest design standards, makes him attractive to clients who are looking to build "statement" golf courses. As such, Fazio layouts include some of the most exclusive private courses in the world. Consider Shadow Creek Golf Club in Las Vegas, which opened in 1989, where more than 3,000,000 cubic yards of earth were shifted around the desert floor to create a completely isolated, insulated golf experience.

Another exclusive Fazio design is Lake Nona Golf and Country Club in Orlando, Florida. The course is the centerpiece of a posh 600-acre residential development whose residents include dozens of PGA and LPGA Tour stars.

At the same time, Fazio courses are integrated into numerous larger golf resorts around the world, meshing in style, atmosphere, and playability with courses by multiple other designers. Notable examples of Fazio gems in ensemble casts at more budget-friendly resorts include the Fazio Premier Course at Treetops Resort in Gaylord, Michigan, and Atunyote Golf Course at Turning Stone Resort in Verona, New York.

Perhaps no other present-day course architect incorporates "modern" design features with as much variation and sophisticated as Fazio. Tee boxes are large, wide, and deep, and greens are generally massive, with flowing undulations. This combination creates an almost infinite array of angles from tee to green, and his courses consequently can feel very different from one round to the next. 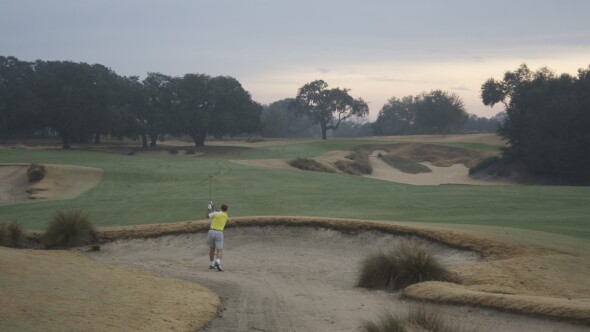 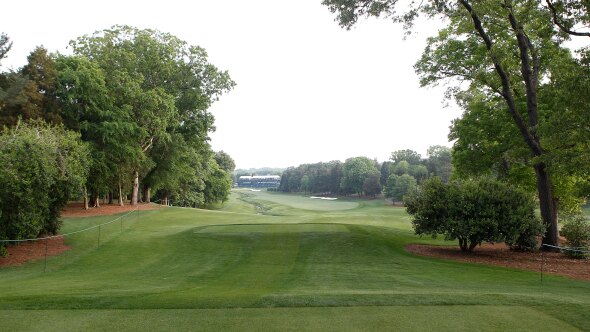 REQUEST A FREE QUOTE
Recent Articles
Orlando's Grand Cypress Resort reveals new direction
Lido shuffle: long-lost pre-WWII golf course will be revived beside Wisconsin resort
Tour spectacular Nefyn & District Golf Club in Wales
Not your old-school munis
Callaway's new Odyssey White Hot OG putter line is a Cool Golf Thing
The condor has landed at Lake Chabot Golf Course in California
Now Reading
New Cookie Policy
WE AND OUR PARTNERS USE COOKIES ON THIS SITE TO IMPROVE OUR SERVICE, PERFORM ANALYTICS, PERSONALIZE ADVERTISING, MEASURE ADVERTISING PERFORMANCE, AND REMEMBER WEBSITE PREFERENCES. BY USING THE SITE, YOU CONSENT TO THESE COOKIES. FOR MORE INFORMATION ON COOKIES INCLUDING HOW TO MANAGE YOUR CONSENT VISIT OUR COOKIE POLICY.
CONTINUE
Search Near Me