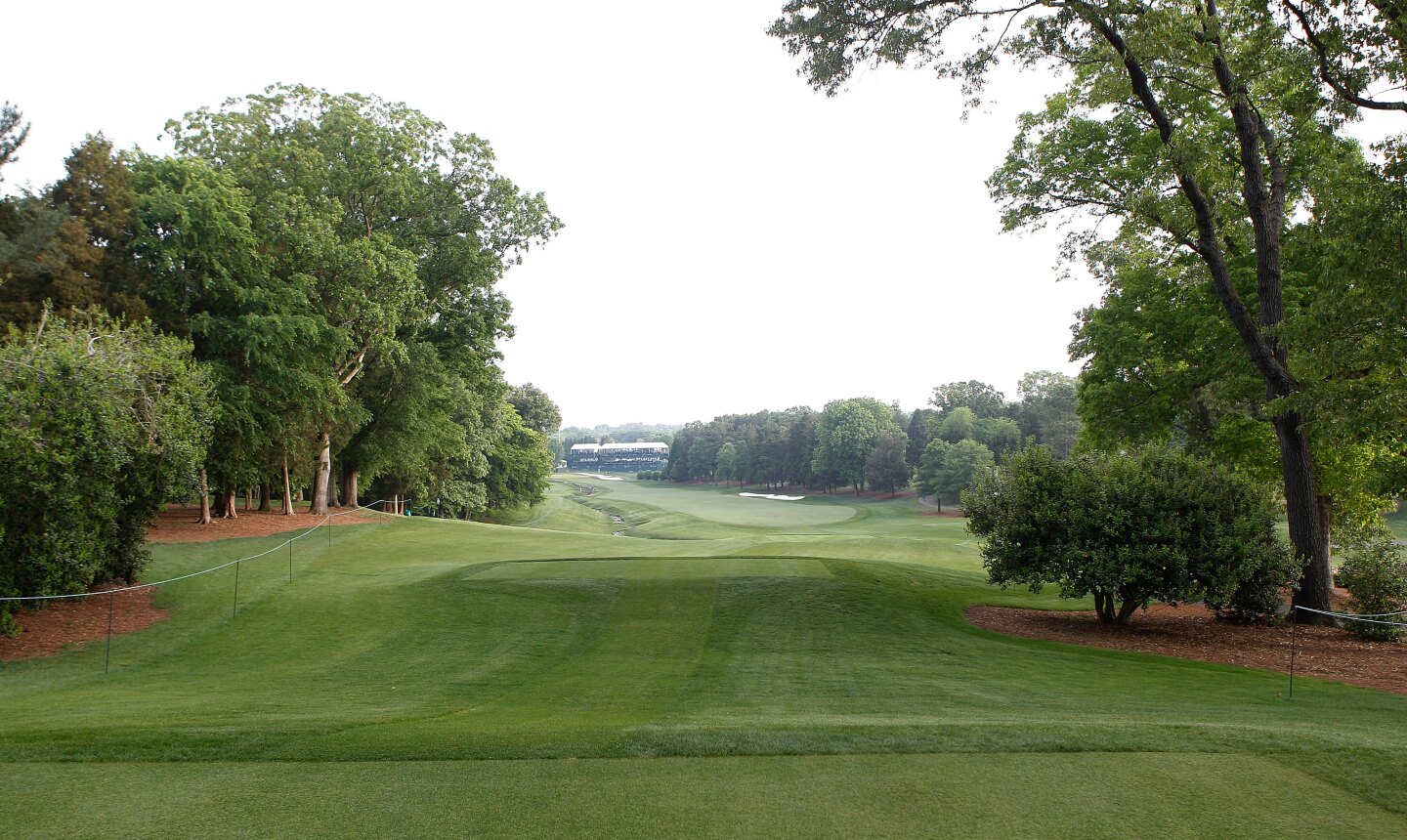 Look for the 18th hole at Quail Hollow to terrorize players at the 2017 PGA Championship. Scott Halleran/Getty Images 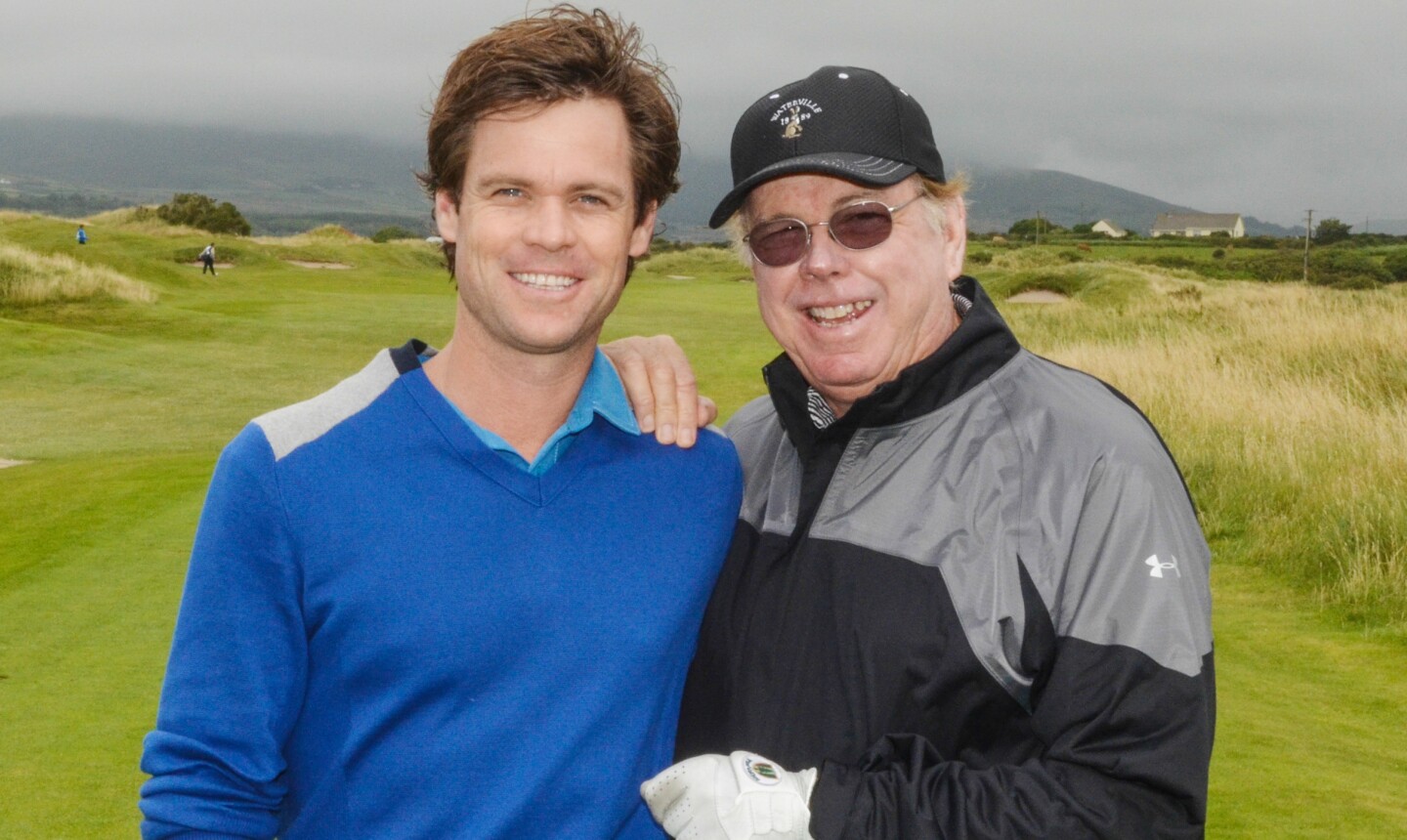 Tom Fazio has handed off some of the responsibility to his son Logan, pictured here in Ireland. Courtesy of Fazio Golf Course Designers 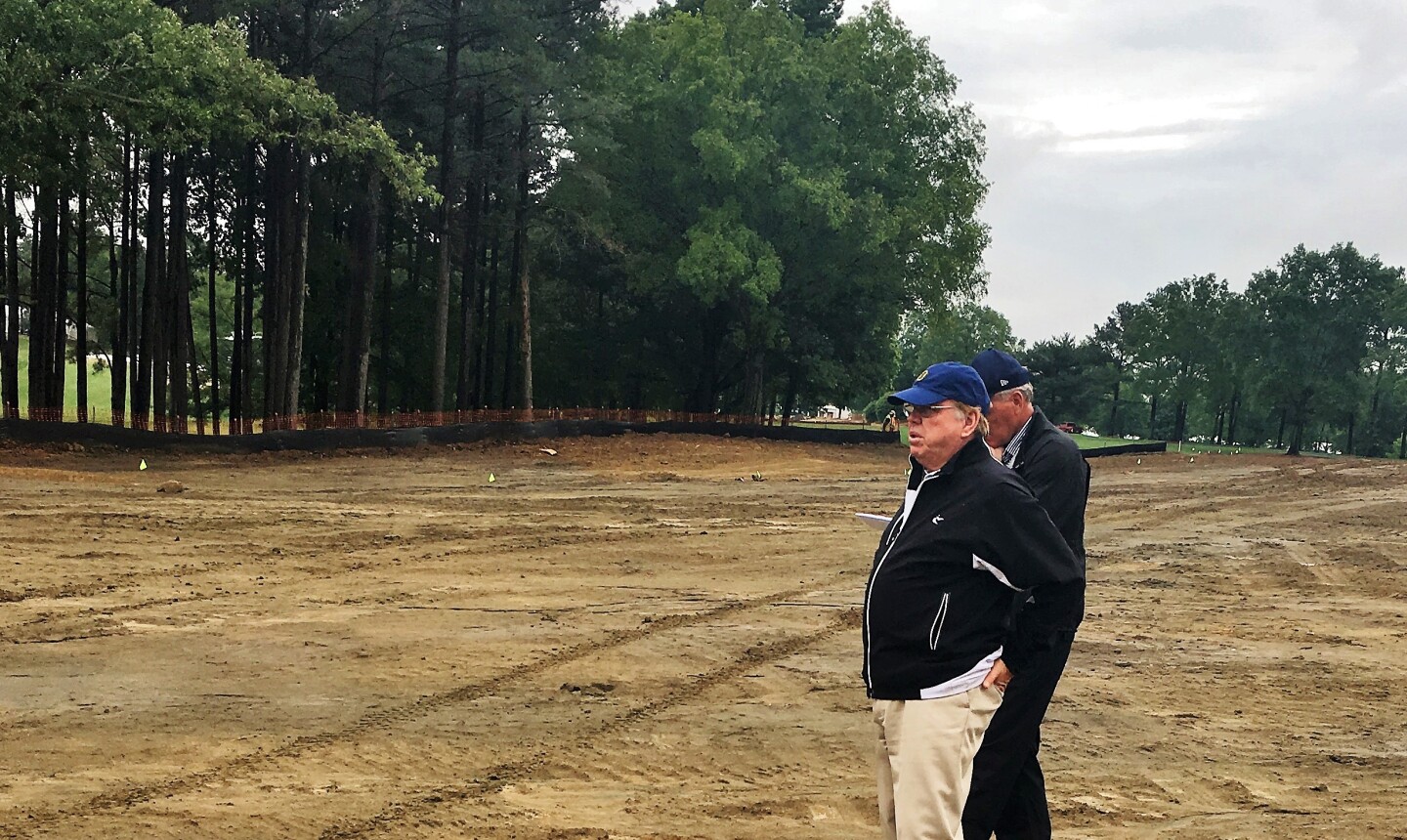 Tom Fazio looking over the construction of the new first hole at the Quail Hollow Club. Courtesy of Fazio Golf Course Designers

This year is a big one for Tom Fazio.

His architectural firm, Fazio Golf Course Designers in Hendersonville, N.C., has wrapped up three major course projects, and perhaps, most important, the Quail Hollow Club in Charlotte, N.C., will host the 2017 PGA Championship on Aug. 10-13.

It’s the private club’s first major, and in a way, a first for Fazio, too. Fazio has tinkered with many of golf’s best major championship venues – Augusta National Golf Club, Merion Golf Club Golf Club and Oakmont Country Club, for example – but never has the work been all his own before, a fact he didn’t entirely agree with during our phone interview in May.

“I won’t say that,” he answered when I brought up the subject. “My first one was PGA National (the Champion course hosted the 1987 PGA Championship before being redone by Jack Nicklaus in the 1990s). My uncle (George) and I worked on it, but it was my project. I was in charge.”

There’s no question who has been in charge of the transformation at Quail Hollow for nearly two decades. Fazio started reworking an original routing by George Cobb in the 1990s, essentially modernizing it, almost hole by hole over the years. After introducing a new 16th hole in 2013, Fazio and his team altered the opening five holes during a final redesign last May, work that pushed the 2017 Wells Fargo Invitational, a popular PGA TOUR event, to the Eagle Point Golf Club in Wilmington, N.C., another Fazio design.

Quail Hollow’s first hole was stretched to a longer par 4 (and par 5 for the members), eliminating the par-3 second hole. The land for the old par-5 fifth hole was used for a new par 3 and par 4. Rory McIlory, a two-time tournament champion and the course record-holder with a 61, gave the new look his blessing in an interview last summer.

“Here they (the management at Quail Hollow) are coming to a culmination of years of work, years of testing it with guys like Rory,” Fazio said. “They had great testing with the tournament (held at the club from 2003-2016), and, yes, I feel honored to be a part of it from the beginning. I’ve been working there 18 years, tweaking and renovating. It is a good story for all clubs, what happens when you are in putting in that time and effort.”

In a career spanning 50 years and more than 120 courses, Fazio did his best to deflect the notion that designing a course to host a major championship carries more weight than others.

“Every course I’ve designed from the back tees is for the best players in the world,” he said. “That’s what I do. … For me, everything is a major. Every client is. Eagle Point, it was never planned to host a tournament. Now it might have another one. I looked at it the same as a course with a major. When I’m doing a job for Steven Wynn (designing Shadow Creek and the Wynn Golf Club & Country Club), you better work like it. That’s how I handle it. I’ve trained my son that way. if you treat every day like the course is going to host a major, your attention to detail will show in the finished product."

More: Where Fazio stacks up among the top architects who have influenced the majors

Maybe that's why no other architect has built more courses ranked on Top 100 lists than Fazio, whose schedule leading into the PGA Championship will be hectic. He’s planning on playing in a portion of the 28th World Invitational Father & Son Golf Tournament, run by Carr Golf at Waterville Golf Links in Ireland, before attending the grand opening at the Adare Golf Club, part of a multi-million-dollar renovation of the five-star Adare Manor hotel and former Irish Open host course owned by Irish billionaire J.P. McManus, who has already declared hopes of landing the 2026 Ryder Cup there. After the grand opening, Fazio plans to fly back to Charlotte for the opening round of the PGA Championship.

Although his son, Logan, does much of the traveling representing the firm these days, Fazio, 72, denies that he is 'retired', or even slowing down. The firm will also debut the revamped Dunes course at the Monterey Peninsula Country Club in California and a new course called The Summit nine miles from the Las Vegas strip. It is Fazio's 13th high-end project with Discovery Land, a real estate developer known for its luxurious golf communities.

“Why would you retire from a business that is fun and enjoyable and people pay you good money?” Fazio said. “That is just the rumors. Sometimes the competitors do that. Everybody in the golf industry was retired in 2007. This past year, we did three new courses from scratch. That’s a big year. That’s a career for some people. I’m not slowing down. What I retired from is meetings. … I am passing the baton a little bit. I’m not going to walk the land with snakes and spiders. I don’t do it any more. I’ve done that hundreds of times.”