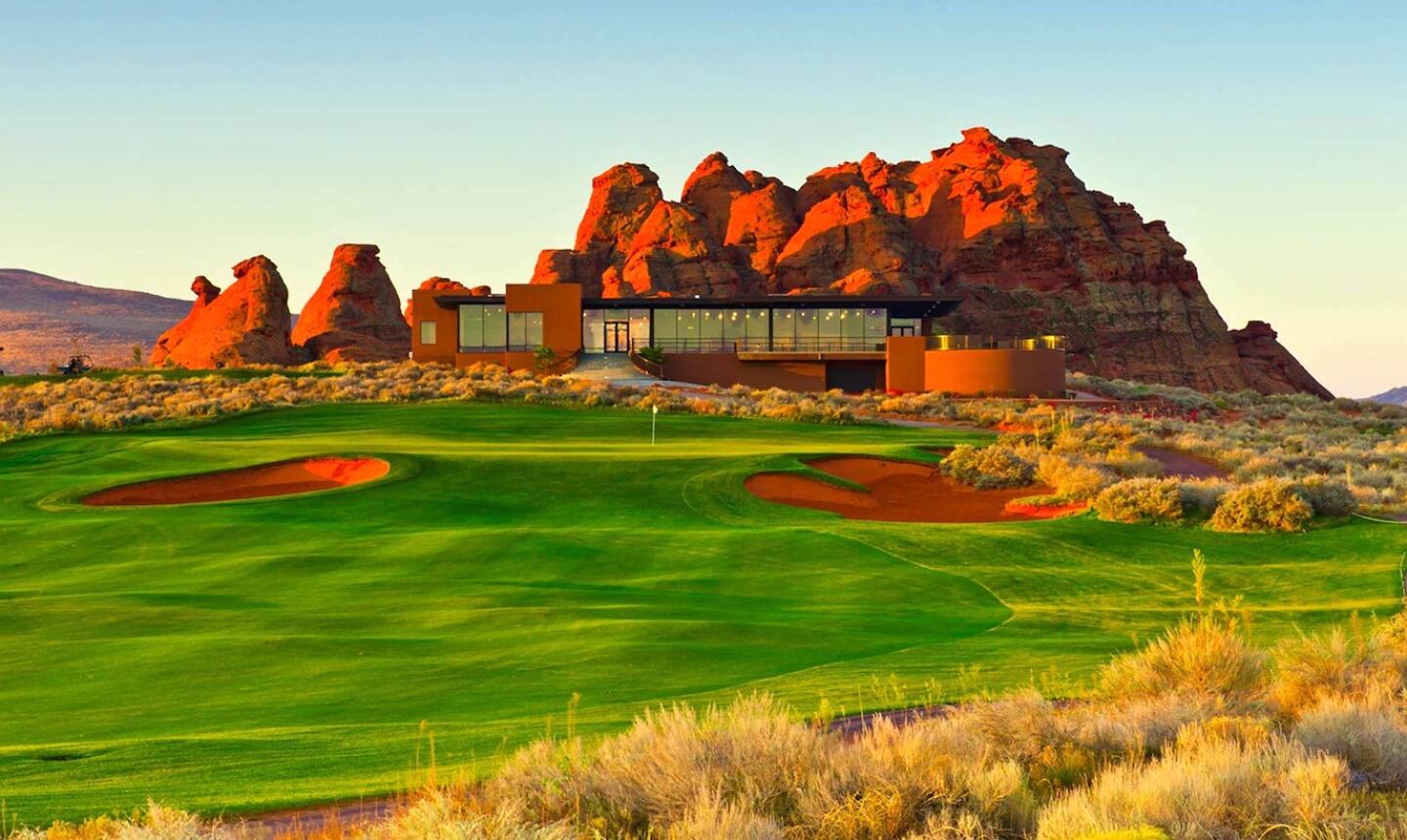 Pete Dye. Tom Fazio. Tom Doak. Robert Trent Jones. Donald Ross. Even if you're not big into golf course architecture and history, you have probably heard these names associated with some o the world's best golf courses. Courses that span the U.S. and the globe.

But not all golf course architects have had worldwide opportunities to ply their trade. Not by a long shot.

For those five household names mentioned above - not to mention Jack Nicklaus and Arnold Palmer, whose exploits in competitive golf launched them into worldwide architecture careers of their own - there are multiples more golf architects whose work is and was much more confined, geographically.

In fact, there are enough notable regional architects that we're inclined to break this into Modern and Classic sections.

You may not have heard of these modern regional golf course architects, but you should seek to discover their work.

To me, it's the traveling golfer's version of going to a new place and seeking out the best local cuisine, rather than the chain restaurants.

Here are some modern (active since World War II, or thereabouts) regional architects you should know:

With a strong hand for earthworks, Jim Engh has created some of the most distinctive looking courses. It's appropriate that so many of his courses are in mountain settings. Per his website, Engh prides himself and his firm on being "the industry leader for creating spectacular golf on tremendously rugged and difficult land." Whereas mountain courses tend toward the tough end of the difficulty spectrum, Engh's work often features ample places for the wayward shot to find some relief, especially on his many greens with punchbowl-type shaping.

The 1997 PGA Champion and World Golf Hall of Famer has made a strong regional mark in his home state of Georgia and elsewhere in the South. His firm's classical design sensibilities make them equally talented ad new course work and restoration and renovation of existing designs.

Canadian by birth, Cornish lived to the ripe old age of 97 and spent much of the 20th century designing solid, playable golf courses for the masses. In fact, no one designed more courses in New England than Cornish. You can expect straightforward golf, some long par fours, and pitched greens on a Cornish course. His Hop Meadow Country Club in Simsbury, Connecticut, where I learned the game, is no exception. Modern architects Brian Silva and Mark Mungeam, each with their own successful design careers, got their starts working for Cornish.

What Geoffrey Cornish was to New England, Joe Lee was to the Sunshine State. His no-nonsense, solid courses typified mid-20th-century golf course architecture of the sort popularized by Robert Trent Jones,. Sr., though Lee is more closely associated with Dick Wilson, whom he assisted in building the likes of the original Blue Monster at Doral, the original Bay Hill course and Cog Hill's No. 4 "Dubsdread" course, all long-time PGA Tour venues. No less a figure than Jack Nicklaus once said, "Joe Lee has never built a bad golf course."

John Fought's (last name rhymes with "boat") career in golf started as a player; he played the PGA Tour full-time from 1979 to 1985. Back and neck injuries prompted him to trade his staff bag for a drafting table, and he jumped into design in the late 80s, working for Bob Cupp before striking out on his own. Though Fought was an accomplished competitive player, his courses remain playable for the full spectrum of golfers.

The Toronto-based McBroom has an impressive list of courses to his credit, spanning his golf-mad home country. In addition to the public and resort layouts he's crafted, he's also responsible for two of Canada's most exclusively private courses: Memprémagog and Domaine Laforest, both located in Quebec and owned by the influential Desmarais family.

A past Presdent of the American Society of Golf Course Architects, Brauer has excelled at bringing thoughtful, playable courses to some of America's wider-open spaces. Low on superfluous flash but high on strategic content, Brauer's courses are everyday gems.

This firm, like so many, is an example of how golf course design can be a family business. Edmund Ault started designing courses in the 1950s, passed the family business along to his son Brian in the 1980s, and Thomas Clark became a partner in 1989, having worked for the firm since 1971. Their work is well-known and well-regarded by public and private golfers from Pennsylvania down through the Virginias and beyond.

DeVries is an example of an architect in the process of transcending the "regional" designation and becoming a household name. In its first year, Cape Wickham has vaulted onto world-top-100 lists and seems sure to open lots of doors for this incredibly talented architect.

Steel's name does have some cachet in the U.S., mostly due to the exclusivity of courses like Carnegie Abbey in Rhode Island and Cherokee Plantation in South Carolina, but the 84-year old Brit's influence on U.K. golf has been much greater. Not only has he designed a number of new courses, he has served as a consultant for many of the Open Championship rota courses as well. His courses tend toward minimalistic bunkering, but each of those hazards is well-placed and challenging to escape.

What golf course architects have left their mark on your home state or region? Let us know in the comments section below, and be sure to stay tuned for our "classic" list to come!

No mention of Ben Crenshaw and Bill Core?

I wouldn't classify them as regional

How about Martin Hawtrey. He is a third generation architect who has renovated some of the great Irish courses, He is the UK equivalent Ito Rees Jones, the "open Doctor" as he has prepared many a UK track for the Open (most notably, Portrush for the 2018 Open). In a recent trip to Northern Ireland, I ran into him at Ardglass Golf Links, where he was presenting his renovation plans to the members of this friendly links course. The course is good, but can become REALLY good as the clubs changes holes, and grows with the increasing volume of travelers who come to the wonderful links courses in Northern Ireland.

Geoffrey Cornish designed Bowling Green in New Jersey which is a top NJ public course in my opinion.

Not sure, but you might have forgotten to give Jim Colbert some credit for Colbert Hills and the same for Notah Begay at Firekeeper.

Thanks Butch! I've enjoyed the Cupp courses I've seen. He's another architect whom some could definitely consider "regional," but his body of work made me personally think of his career as more national in scope. Thanks again for the comment!
--Tim

Please consider Bob Cupp/ Billy Fuller who made a great team of designer and builder for many years including the re-design and construction of the NorthRiver Yacht Club in Tuscaloosa, Alabama where I was the Director of Golf at that time. Thank you!

Jim Engh designed The Creek Club at Reynolds Lake Oconee in Greensboro, GA. Most of the greens have punchbowls.

GS--
Thanks for the suggestion of Rod Whitman. I went back and forth on including him, but ultimately thought he might be bigger than "regional" due to his work in Europe, Asia and the U.S. as well as Canada. He's someone whose courses I'd love to see, wherever they are.
--Tim

Kira K. Dixon
Lifestyle Correspondent
Now Reading
10 great modern regional golf course architects
New Cookie Policy
WE AND OUR PARTNERS USE COOKIES ON THIS SITE TO IMPROVE OUR SERVICE, PERFORM ANALYTICS, PERSONALIZE ADVERTISING, MEASURE ADVERTISING PERFORMANCE, AND REMEMBER WEBSITE PREFERENCES. BY USING THE SITE, YOU CONSENT TO THESE COOKIES. FOR MORE INFORMATION ON COOKIES INCLUDING HOW TO MANAGE YOUR CONSENT VISIT OUR COOKIE POLICY.
CONTINUE
Search Near Me