After the Masters fun: Hootie & the Blowfish event in Myrtle Beach features tour pros, celebrities and a rockin' good time 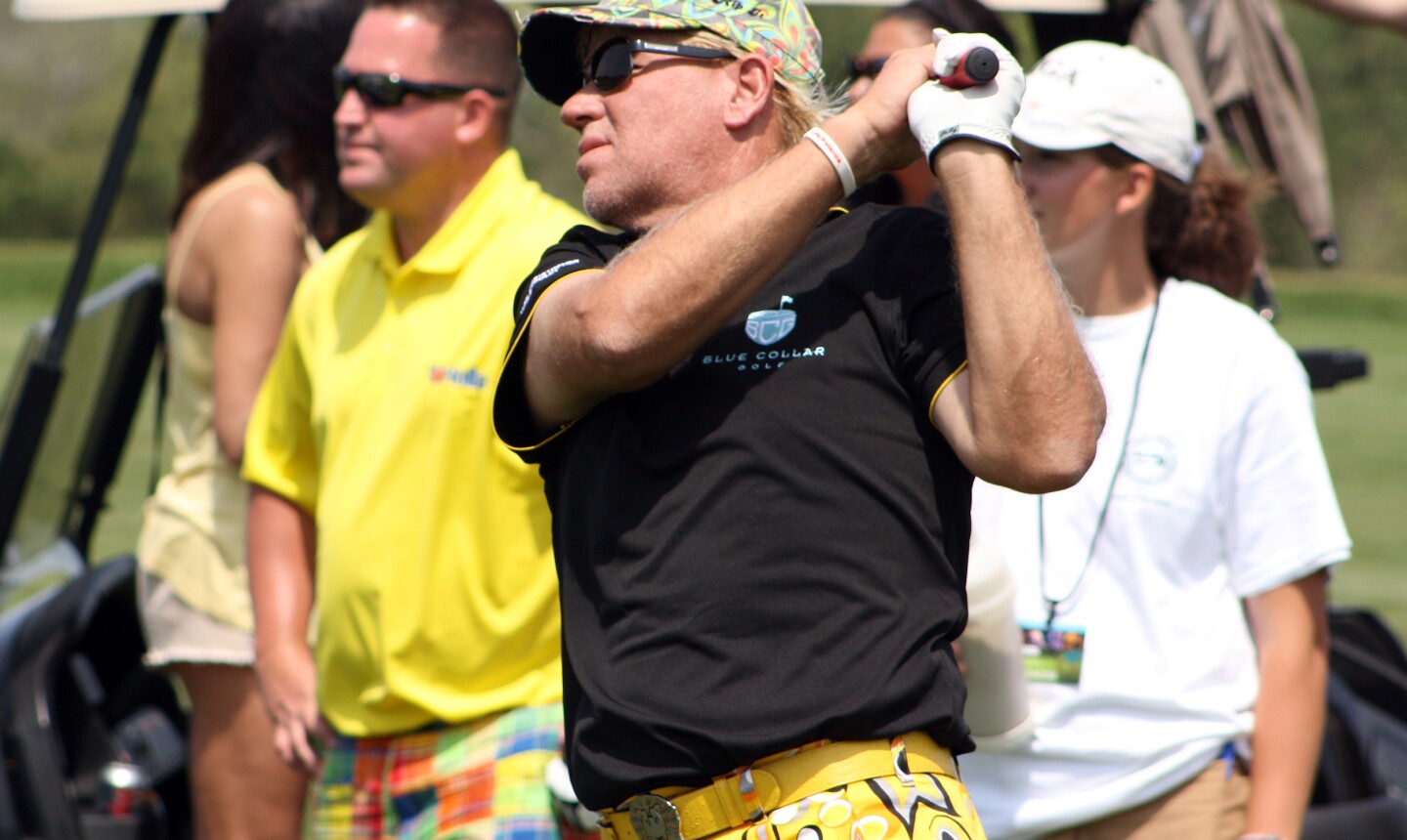 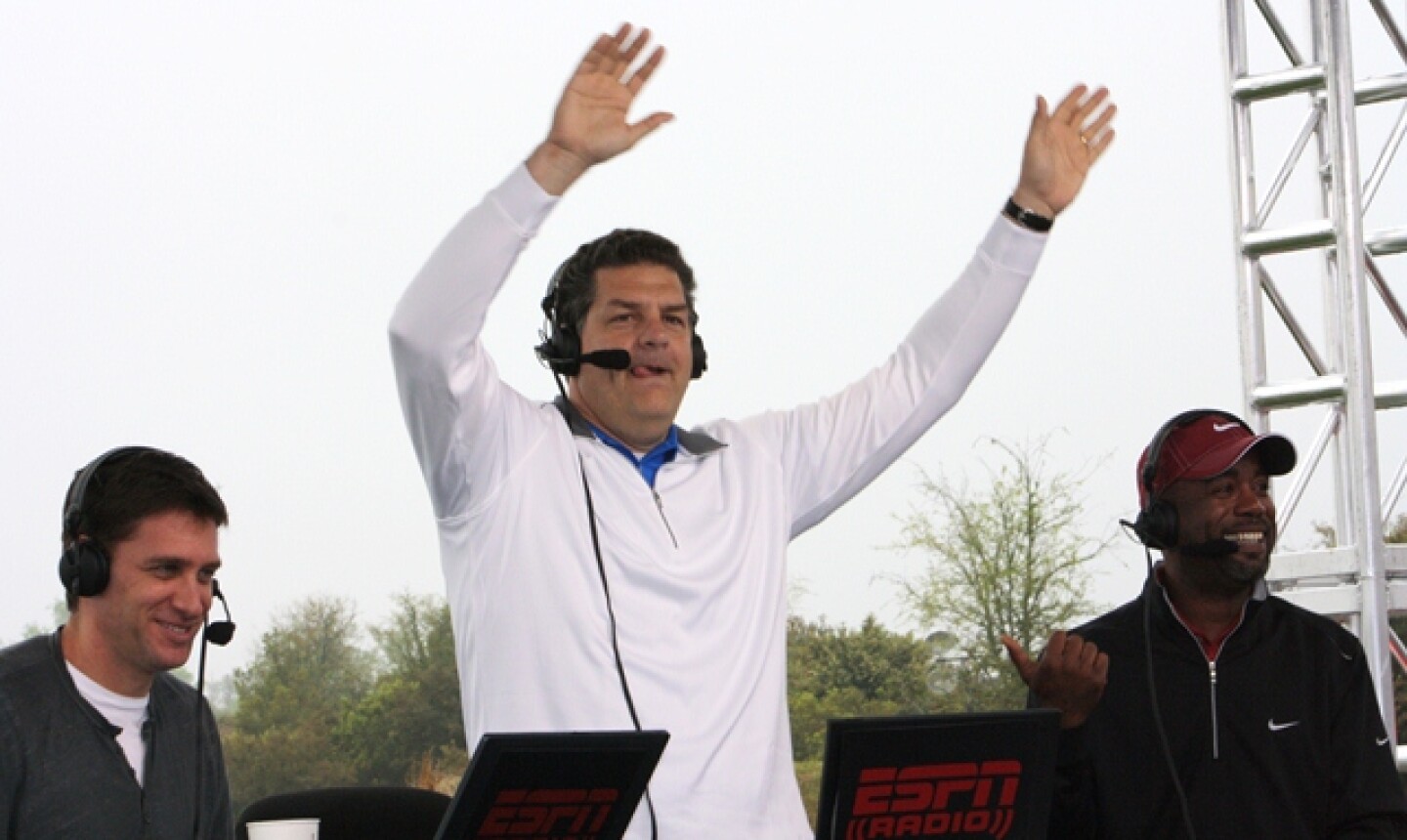 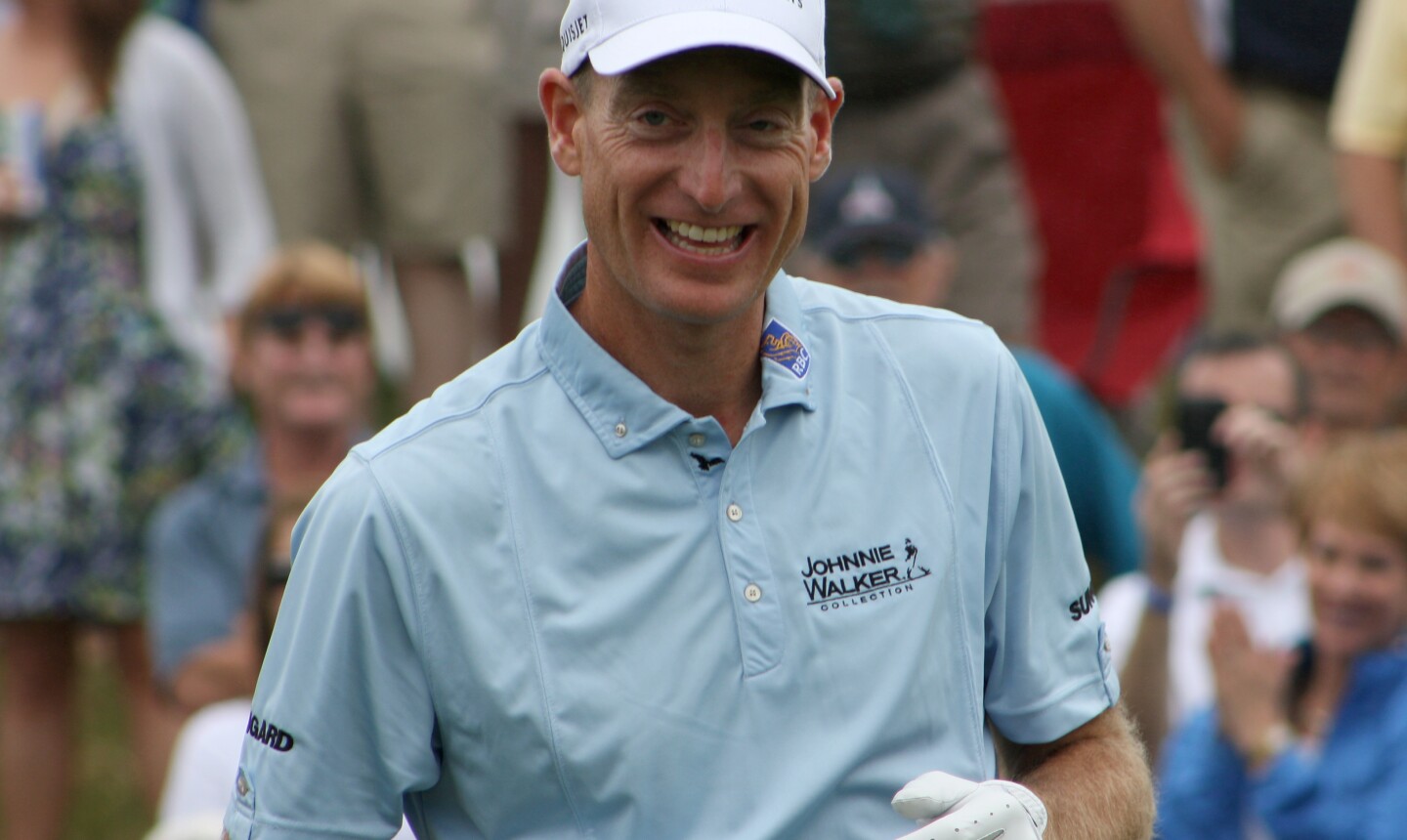 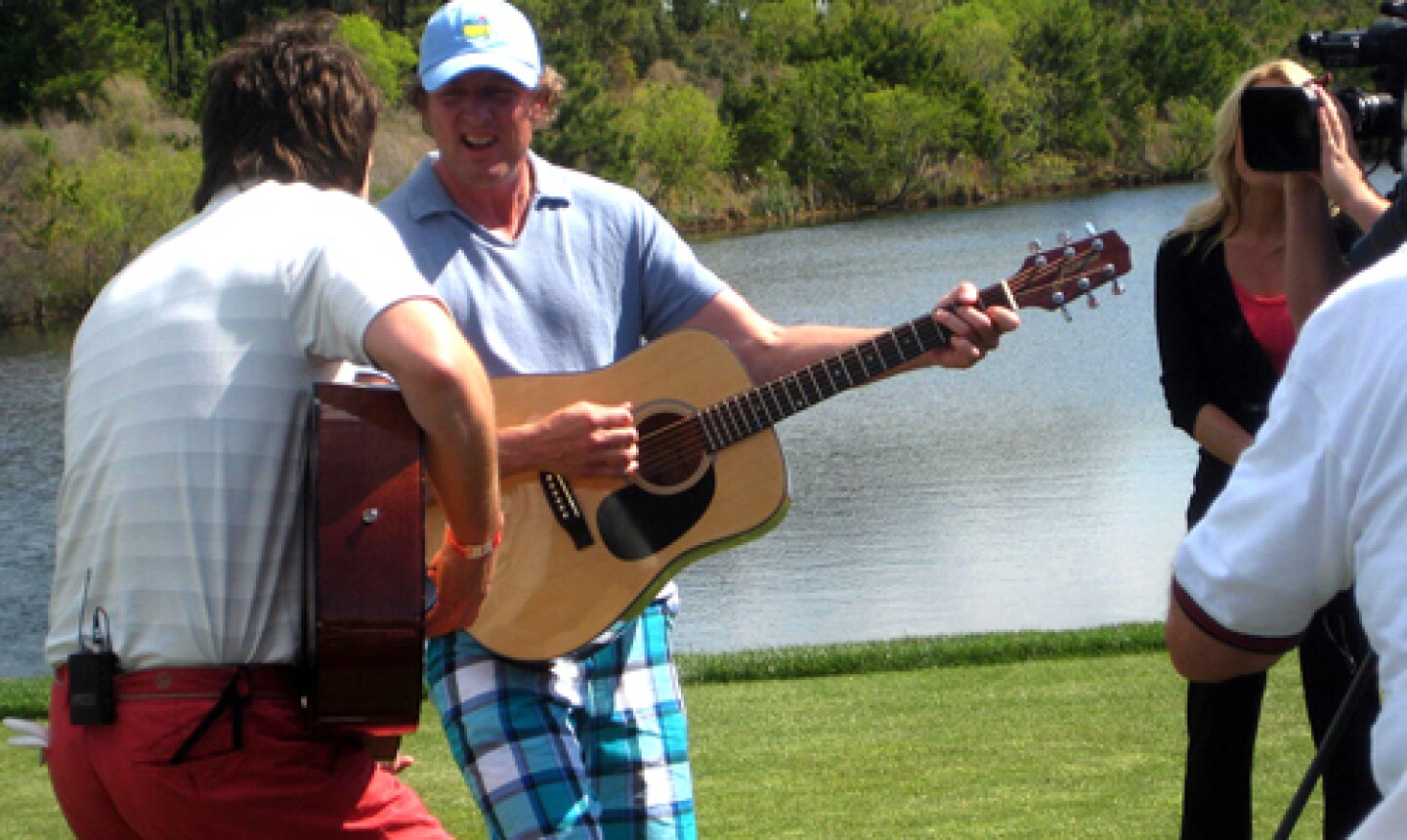 MYRTLE BEACH, S.C. -- The Masters might be one of the most anticipated golf tournaments of the year. But who says the fun has to end on Master's Sunday?

Just a few hours from Augusta, Ga., is the site of the annual Hootie & the Blowfish Monday After the Masters pro-am. This year's event, which features PGA Tour players who played in the Masters the week before as well as celebrities, will be Monday, April 9, at the Pete Dye Course at Barefoot Resort in Myrtle Beach. It marks the 10th consecutive year the Dye Course has hosted the tournament, which is the largest single-day fundraiser in South Carolina.

Unlike the Masters, of course, this isn't exactly a tranquil setting. While golf etiquette certainly isn't overlooked, players are more likely to break out with a song as they are to deliberate five minutes over a putt -- and they're likely to encourage the gallery to clap along. In short, it's one big party and one fun event for competitors and spectators.

"Monday After The Masters is one of the coolest golf events of the year," said Darius Rucker, front man of Hootie & the Blowfish. "Not only do we get to tee it up with Tour players and celebrities, but we also get to both hang with and play music for our fans."

The tournament begins with the Celebrity Long Drive contest, but the day also will start with ESPN Radio's Mike & Mike in the Morning broadcasting live from the first tee at the Dye Course. Co-host and former pro football player Mike Golic is scheduled to play in the tournament, as well.

With several big names -- including 2012 Ryder Cup Captain Davis Love -- already committed to this year's event, tickets are expected to be in demand. A 20-time winner on the PGA Tour, Love will be making his first appearance at the MAM, joining the likes of Tiger Woods, Arnold Palmer, Tom Watson and Jim Furyk, who have previously participated. Tommy "Two Gloves" Gainey, Conway native Kristy McPherson and two-time major champion John Daly are also among the early commitments. And Annika Sorenstam, Dustin Johnson and Furyk are in the field as well. Johnson played collegiate golf at nearby Coastal Carolina University.

One of the best Myrtle Beach golf courses, the Dye Course at Barefoot Resort, which was designed by Pete Dye, has been ranked among America's 100 Greatest Public Courses by Golf Digest. The par-72, 7,343-yard layout features plenty of pitfalls such as penal bunkers and native grasses.

How to get tickets

Tickets for the Hootie & the Blowfish Monday After the Masters Celebrity Pro-Am are being sold at House of Blues, both Barefoot Resort & Golf pro shops and all Ticketmaster outlets.

Tickets are $15 for adults, and kids under 12 are admitted for free, though they must get a ticket before entering the event.

Monday After the Masters, which has sold out for six consecutive years, annually attracts a crowd in excess of 6,000 people. 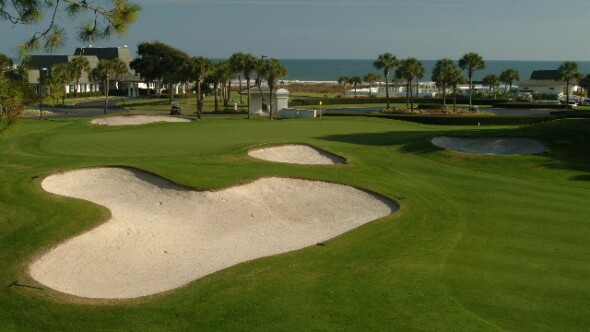 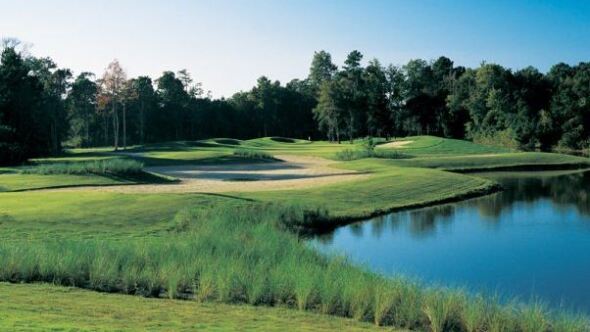 Articles
3 Min Read
Blue collar, beers and big-hitting golf: John Daly's Wicked Stick Golf Links in Myrtle Beach, S.C.
Wicked Stick Golf Links has stayed true to its blue-collar appeal. In many ways, it's in the style of one of its co-creators, John Daly. Located on the south end of Myrtle Beach, the club attracts golfers of all skill levels. True to its roots, the course provides an open links style with plenty of room for error. The motto of the course, after all, is "Grip It and Rip It." Getting beat up isn't part of the equation.

Articles
6 Min Read
7 tips for experiencing the 2021 Golfers' Choice top U.S. courses
Golfers like you rated these public and resort courses supreme coast-to-coast. Here are some top pockets and tips to help you experience these superlative experiences.

Kira K. Dixon
Lifestyle Correspondent
Now Reading
After the Masters fun: Hootie & the Blowfish event in Myrtle Beach features tour pros, celebrities and a rockin' good time
New Cookie Policy
WE AND OUR PARTNERS USE COOKIES ON THIS SITE TO IMPROVE OUR SERVICE, PERFORM ANALYTICS, PERSONALIZE ADVERTISING, MEASURE ADVERTISING PERFORMANCE, AND REMEMBER WEBSITE PREFERENCES. BY USING THE SITE, YOU CONSENT TO THESE COOKIES. FOR MORE INFORMATION ON COOKIES INCLUDING HOW TO MANAGE YOUR CONSENT VISIT OUR COOKIE POLICY.
CONTINUE
Search Near Me