It's been a busy - and rewarding - 2018 for me working with Golf Advisor and Golf Channel. If you have been following me on social media this year, then you joined me on my jam-packed travel schedule, where I covered 32 events across eight countries.

The clubs came with me everywhere I went, except one "once-in-a-lifetime" destination (read on for more), and I had the opportunity to play some of the best courses in the world. I had plenty of memorable experiences. Here are my top five:

The first summer I lived in Los Angeles, my tiny UCLA student housing sublet was near Rancho Park Golf Course - an accessible public course where I would often see doctors (or probably just actors) putting and chipping in their scrubs after work. I spent many long, fun days there, but always found myself drooling over the private clubs I would drive by. Flash forward six years later. I met radio legend Rick Dees at a pro-am in Palm Desert. We bonded over music and our love of improving our games. A few months later when I was last in LA, I joined Rick, golf content creator Erik Anders Lang and a new friend Andrew Marler, who works at Instagram, for a round at Lakeside. Rick pointed out different houses on the course where various celebrities have lived. I quickly found out Adam Levine is a member, and we chatted with a few TV actors and producers who stopped to say hello. It couldn't have felt any more 'Hollywood' until I spotted the Universal Studios Hollywood back lot from my tee shot. This was a week of checking off a lot of the LA courses on my bucket list. Lakeside was easily my favorite.

Good Morning from @pinehurstresort😍 matt_ginella and me had a match on @gcmorningdrive on The Cradle against (11 time PGA Tour winner🏆), John Cook and (the course architect😁), @GilHanse! If you missed our segments- the entire round was streamed on @golfchannel FB⛳️who do you think won the match??😏

I got a last minute call saying to pack my bags for North Carolina to play Pinehurst's newest addition: a par 3 course named The Cradle. This would be LIVE on Morning Drive and the Golf Channel social handles, which got me even more excited. It was still dark when I showed up to the first tee and met the rest of the foursome: my colleague Matt Ginella, 11-time PGA Tour winner John Cook, and the course architect Gil Hanse (so unreal). We spent the hour playing really good golf (okay, maybe it was just decent golf), laughing and interacting with the village of Pinehurst residents, who ALL seemed to be there to watch us. After the round, I was asked if I wanted to play Pinehurst No. 2 later in the afternoon. Everyone else had left, so I went out on my own for one of the most enjoyable and peaceful rounds of golf I have played. I hope to go back with my Dad one day.

Remember earlier when I said there was a time my clubs didn't make it? This was that time. Muirfield, home to The Honourable Company of Edinburgh Golfers and 16 Open Championships was the next stop for me on a five-week oversees journey. It was also the only time my clubs didn't make it. Turns out, there aren't many options for women's golfwear in the area. After a few (spread out) stops, I had myself the brightest white pair of golf shoes that existed (that have not been worn since). With my rental set and blinding shoes, I enjoyed a 75-degree day playing the same course where so many legends have taken home the Claret Jug. The vodka Pimm's after the round was the perfect way to end the day. ... And, my clubs arrived to the hotel later that night. Oh well.

Le Golf National was an important course for me to preview because it would host Ryder Cup a few months later - and this would be my first time covering a Ryder Cup for Golf Channel. This event is special to me because it was at the 2016 Ryder Cup at Hazeltine National where I was so inspired that I decided I was going to quit my job in Chicago working in news and pursue a career in something I was most passionate about - golf. Playing Le Golf National and talking about my experience LIVE on Morning Drive from the first tee during Ryder Cup week was my favorite moment since working at the channel.

I have been going to Palm Desert with my family for about 20 years, but It's been in the last year that I have experienced some of the very private clubs that the desert holds. Madison Club was one of those special places. I had the first tee time out because I was covering the ANA Inspiration at Mission Hills later that morning. Everything about the club was pure from the moment I stepped out of the car- exactly what you can expect from a Discovery Land Property. The course was more difficult for me than other courses I have played in the area, like Vintage Club or Tradition, but I enjoyed the challenge and the notes from my playing partner: 1973 Ryder Cup player and course architect, Clive Clark. This was an easy one to put on my list. 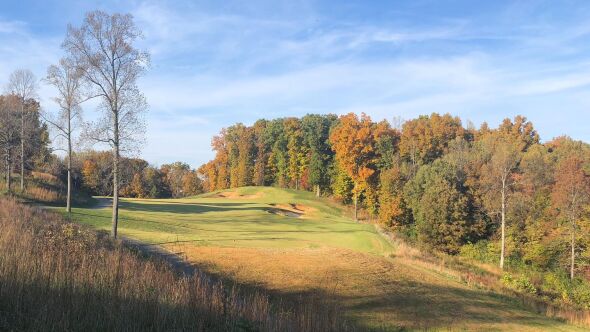 2 Min Read
January 2021: Secrets from the World of Golf Travel
Discounts at Pebble Beach, a new inn in South Carolina and new course in Kentucky highlight this month's secrets.
By Golf Odyssey 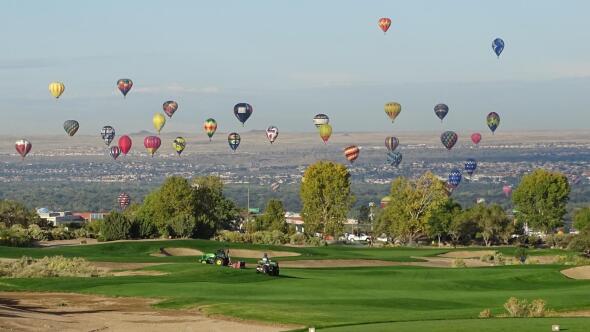 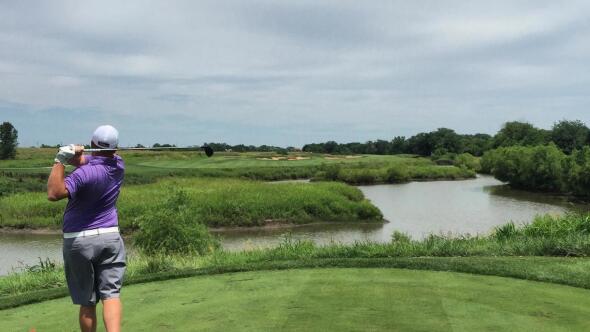 Kira K. Dixon
Lifestyle Correspondent
Now Reading
My five favorite golf courses played in 2018
New Cookie Policy
WE AND OUR PARTNERS USE COOKIES ON THIS SITE TO IMPROVE OUR SERVICE, PERFORM ANALYTICS, PERSONALIZE ADVERTISING, MEASURE ADVERTISING PERFORMANCE, AND REMEMBER WEBSITE PREFERENCES. BY USING THE SITE, YOU CONSENT TO THESE COOKIES. FOR MORE INFORMATION ON COOKIES INCLUDING HOW TO MANAGE YOUR CONSENT VISIT OUR COOKIE POLICY.
CONTINUE
Search Near Me