Golf on the Eastern Shore: Seaside golf at its finest | Maryland and Delaware Golf

Along the Eastern Shore of Maryland and Delaware: Seaside and inland golf worth the drive in Ocean City 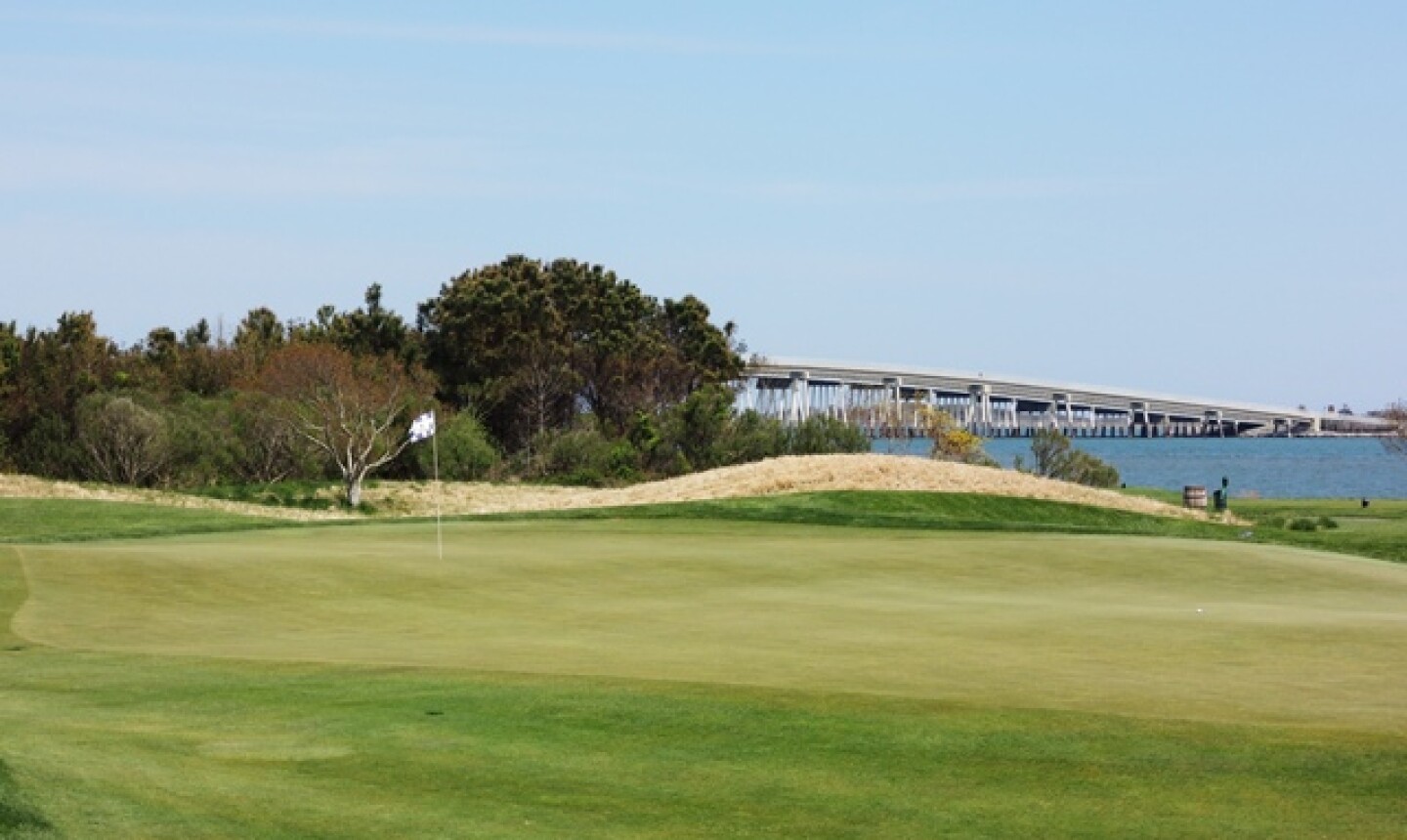 Rum Pointe Seaside Golf Links: One of the most popular golf courses on the Eastern Shore. Mike Bailey/Golf Advisor 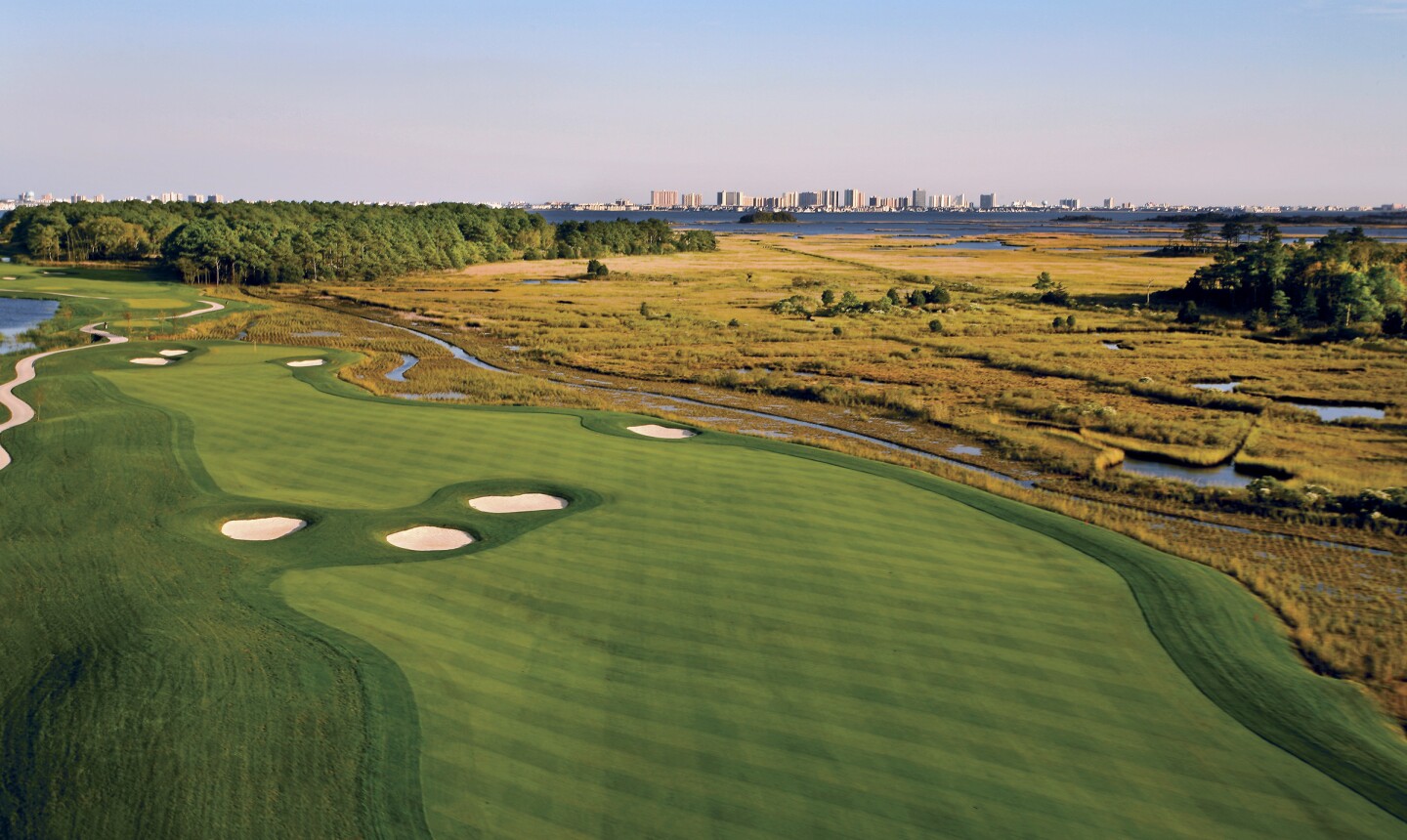 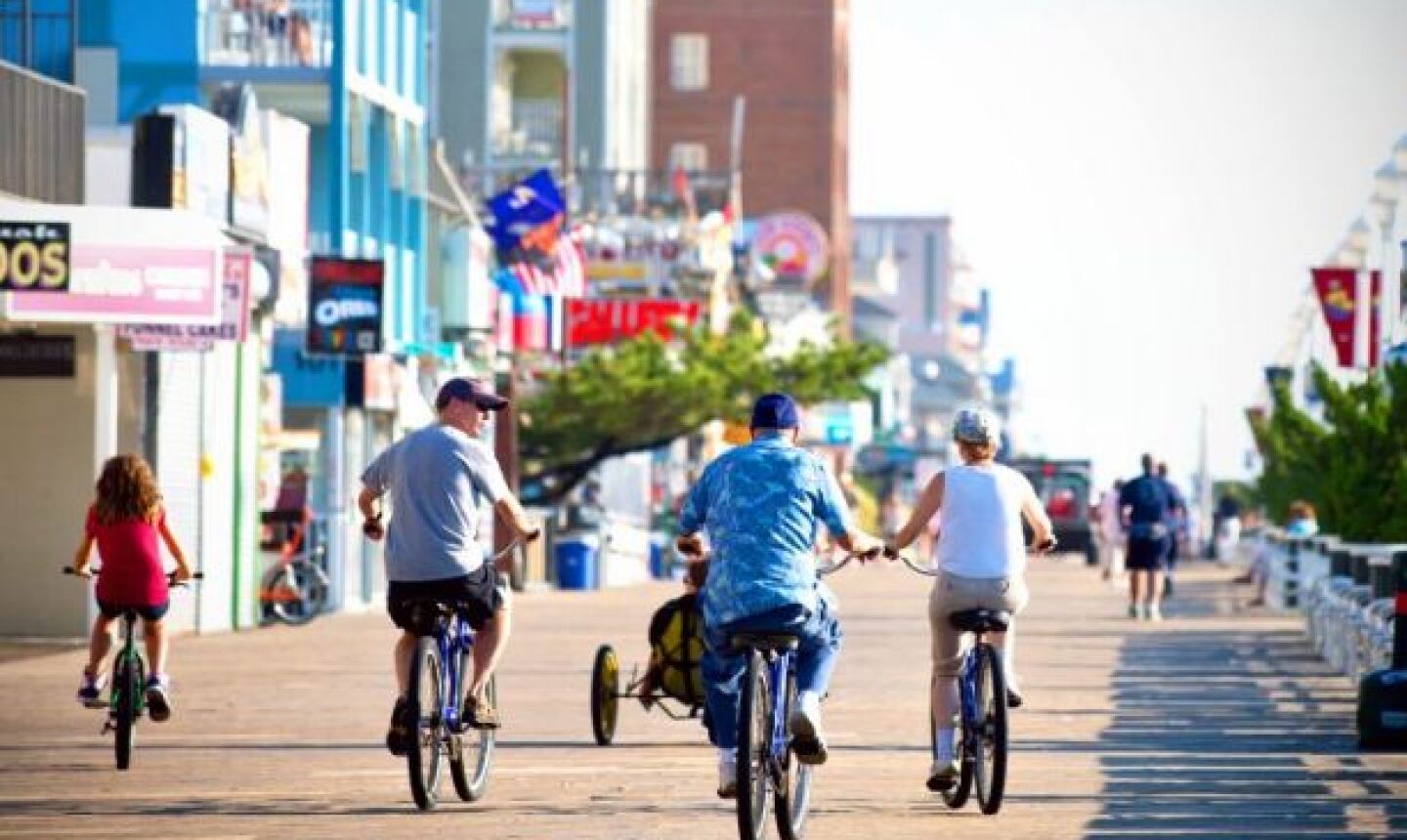 Ocean City's boardwalk is right up there with Atlantic City and the Jersey Shore. Courtesy of ococean.com

OCEAN CITY, Md. -- If you like seaside golf, the Eastern Shore of Maryland and Delaware is your ticket. With coastal views, coastal cuisine and some golf courses designed by big name architects, this part of the East Coast is luring an increasing number golfers from the hustle and bustle of the big Eastern cities.

There aren't a hundred golf courses here like there are in Myrtle Beach, but the quality is just as good if not better, albeit perhaps a little more expensive. Best of all, though, for those who live in the big cities of the Northeast and Mid-Atlantic, it's convenient, within two or three hours of Philadelphia and New York City and a good bit closer to Baltimore, Washington, D.C. and Richmond, Va.

A course or two with a view

One of the prettiest golf courses is the Links at Lighthouse Sound, which features great marsh and river views as well as vistas of Ocean City across the bay.

This Arthur Hills design is also a great test with five sets of tees that can play as long as 7,031 yards. There are several signature holes on the bay side of the course, then the course completely changes character on the back nine, which is surrounded by marshes and trees and the longest cart bridge in the United States.

Another favorite is Rum Pointe Seaside Golf Links, a Pete Dye and P.B. Dye design built around Sinepuxent Bay overlooking Assateague National Park. Seventeen of the holes have views of the bay.

Eagle's Landing, which offers a killer homemade crab cake sandwich as well as a tasty Maryland crab chowder, has some pretty good Sinepuxent Bay views, too, and is an Audubon Cooperative Sanctuary site. In the same area, you'll also find the two courses at Ocean City Golf Club -- Seaside and Newport Bay -- whose origins go back to the 1950s. And just south of the Links of Lighthouse Sound and also on the bay is Ocean Pines Golf & Country Club, the only Robert Trent Jones, Sr.-designed golf course in the area.

One course with one of the more interesting backstories in the area is GlenRiddle Golf Club, just a couple of miles from Ocean Pines on the bay. GlenRiddle has two distinctly different golf courses -- the linksy Man O'War and War Admiral. The latter was designed by Jim Furyk with plans to turn private. But what's fascinating is the clubhouse, which used to stable the top thoroughbreds for which the two courses are named. The clubhouse also houses a Ruth's Chris Steak House.

Not as close to the coast

While it's hard to beat a coastal or Intracoastal view, some of the inland golf courses in Delaware and Maryland should also be on your list to play. There are three pretty good Troon Golf facilities that fit the bill.

Bear Trap Dunes in Ocean View, Del., has three distinct nines. Though it's not on the coast, it has many attributes of a links course, including windswept dunes that were created by the ocean.

The sister course of Bear Trap Dunes, Bayside Resort Golf Club in Selbyville, Del., is just a few miles from the Links at Lighthouse Sound. At one time there was plans of adding a hotel to make it a true resort, but the economy and the death of its owner (Joshua Freeman, who also owned Bear Trap Dunes), derailed those plans. What stands today is a high-end daily-fee club and signature Jack Nicklaus design, which is one of the finest and best-conditioned courses on the Eastern Shore.

Also in Berlin is the 36-hole Bay Club, considered one of the region's best values. The original West Course has a par 3 nicknamed Devil's Island, an island-green par 4, and the Green Monster, a 100-yard wide double green serving the ninth and 18th holes. The Bay Club's East Course has zoysia fairways. Both courses are around 7,000 yards from the tips.

Finally, Baywood Greens in Long Neck, Del., has earned the nickname "Augusta of the North" because of its extravagant ornamentals that include thousands of tulips in season. In all, the course has eight timbered bridges, 27 acres of ponds, two tunnels and 300,000 flowers, plants, shrubs and trees.

You'll have no trouble killing time off the golf course along the Eastern Shore. Ocean City offers its famous three-mile boardwalk, where you'll find restaurants, ice cream shops, candy shops, souvenirs, carnival rides and plenty of hotels. The boardwalk, which rivals Atlantic City's, dates back to 1903.

There's also a 10-mile beach, fishing, bird watching and, of course, lots of great dining. No trip to Maryland would be complete without sampling its world-famous crab cakes, and the Ocean City area might have the best.

Most of the seafood restaurants do a pretty nice job with them, but the best might be at Captain's Galley II on the harbor in Ocean City. Sauteed, not fried, they're mostly crab meat. Of course, seafood in general is pretty good all along the Eastern Shore. For great lobster, try the Lobster Shanty in Fenwick Island, Del., just outside of Ocean City, or check out a longtime local favorite, the Captain's Table at the Courtyard by Marriott, which has been serving the Ocean City area for 57 years.

Articles
Ocean Pines: An RTJ, Sr. treat near Ocean City, Md.
Ocean City has become a bona fide golf destination, with enough stellar public courses to fill even a weeklong trip. And one of them is Ocean Pines Golf & C.C.
3 Min Read 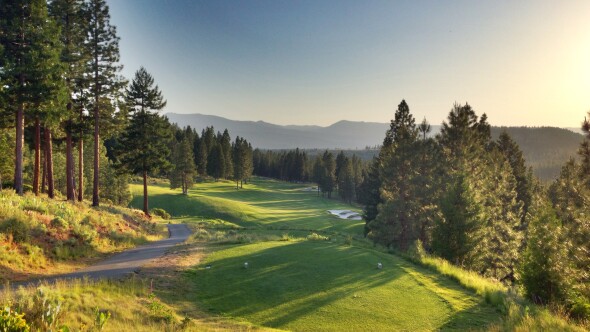 Articles
Ten great 'little' golf spots in the U.S.
Great golf can come in small packages. From Truckee, California to Ocean City, Maryland, these 10 destinations may be small, but there are plenty of top courses to play.
7 Min Read

Tim Gavrich
Senior Writer
Now Reading
Along the Eastern Shore of Maryland and Delaware: Seaside and inland golf worth the drive in Ocean City
Search Near Me