Back to Their Roots: American Golf Courses Being Bulldozed Into Farms 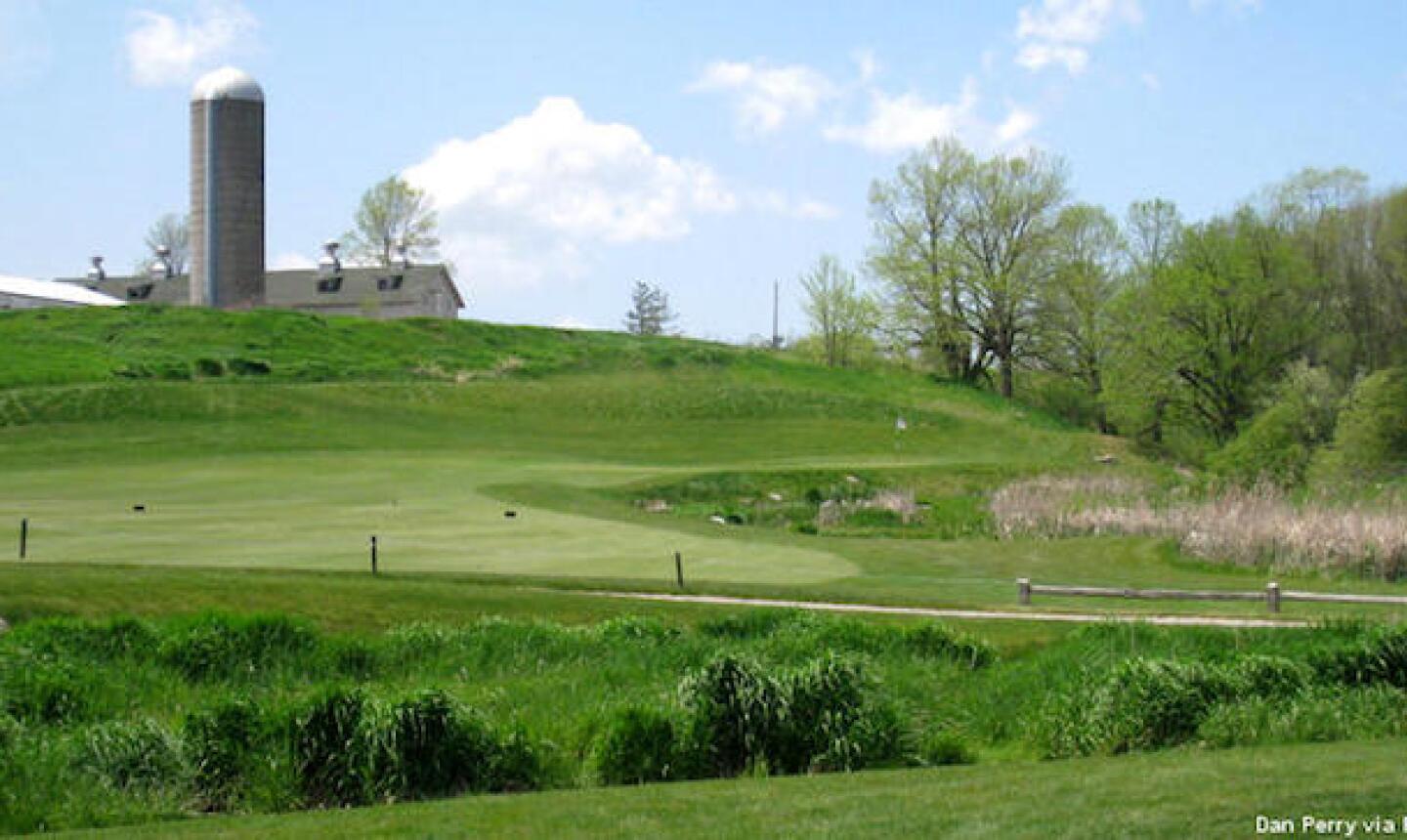 The challenging golf course business combined with the increased demand for organic food has started a trend:

Golf courses are being plowed under to make…farms.

Some, which were originally built on farmland, are literally going, “back to their roots.”

In Tempe, Ariz., Rio Salado Golf Course is being turned into an organic urban farm and community space.

In Cool Ridge, W.Va., Lakeview Golf Course was turned into an organic produce and egg farm.

While we hate to see golf courses go away, farms do seem like a better way to preserve greenspace.

But here’s the irony:

In some cases, it seems like “community farms” are replacing golf courses as the new real estate hook.

And agrihoods are hot.

"The first 20 lots that I priced were sold in 48 hours,” said restaurateur Steve Nygren in a July CBS News report about his Atlanta-area agrihood called Serenbe. “And the next group [was] sold in about six weeks.”

And we’re not talking about downmarket housing, here.

The CBS report said the average home at Serenbe, “costs $700,000 -- five times more than other homes in the area.”

And according to Ed McMahon, a researcher at the Urban Land Institute in Washington, D.C., developments like Serenbe are growing like weeds.

“Today there are literally hundreds of them, and I hear about a new one virtually every week,” McMahon said in the CBS piece. “Putting a farm in the middle of development is relatively low-cost, and it's something that seems to resonate with lots of people. So I think we're gonna see a lot more of these kinds of projects going forward."

Are these community farms or “agrihoods” preserving open space, or are they encouraging more housing developments?

Or, are we simply swapping one amenity (golf) for another (farm) in housing developments that would be built anyway?

I just love watching useless things being turned into something great

The golf course becomes a farm surrounded by fancy houses or a housing development in the country with nothing. The hard choice is to stand up and save the golf course by taking responsibility as a community and doing what it takes to make it pay for itself or letting it go. Farmland would be a far better choice than letting some money grubbing developer take away the land forever by turning it into houses, shopping centres or industrial parks. Jp

In a society that spends an inordinate amount of time (and money)watching behemoths beat up each other on the football field and" martial artists" beat each other senseless,it may be golf is too placid.Maybe we can start having golfers hit each other once in a while to stimulate more interest.

One of the best courses in Rochester NY has been closed.It was a popular venue for charity events, but now is just grown over. Plans were for a housing dev, but something has been amiss around that plan.

Fred- You talk of losing money in golf courses and yet bemoan the fact that not many walk. If it were not for the cart fee income there would be literally thousands of more golf courses being turned into houses and condos. Add in the f&amp;b income from the cart golfers and it does not make sense to promote the walking aspect.

If you want to work out go to the gym.

3 9 hole courses have closed in our area (rural) and gone back to farmland recently. The courses were losing money. As golfers, we need to promote our game. How about parking the carts and walking and promoting the fitness/health aspect? I'm 78 and walk 9 4-5 times a week in under 2 hrs. per round. Love it and took off 10 lbs. in the first summer.

I was involved with a golf course/housing development a few years back. The owner of the property being developed was a farm family that lived on the site. I remember all too well that the wife and matriarch of the family was so thrilled that she no longer would have her house filled with dust and dirt twice a year from the plowing and tilling that is necessary to grow crops. Not to mention the farm noises, smells and fertilizer aromas. We will see how city dwellers cope with this reality.

Green Mountain Golf Course in the Vancouver Washington / Camas Washington area was closed to make way for a housing development. There was talk about doing that for several years and even some talk of reducing it from 18 holes to 9 holes and just building on half of the property, which all of us golfers that played there were hoping for. That fell through and it closed about a year ago now and the land still just sits there without any building activity at all as of yet. It seems such a waste for the land to just sit there.

Our course in Alex was closed 4years ago and a farmer purchased it and was not allowed to farm it by the community.

The herbicides and pesticides used on golf courses destroy the nutrients and bacteria needed to grow food. You can't call fruits and vegetables "organic," if they are grown in soil that has not been restored.

Tim Gavrich
Senior Writer
Now Reading
Back to Their Roots: American Golf Courses Being Bulldozed Into Farms
Search Near Me