Bermuda and Turtle Hill Golf Club: Why you should head a long way for this short course 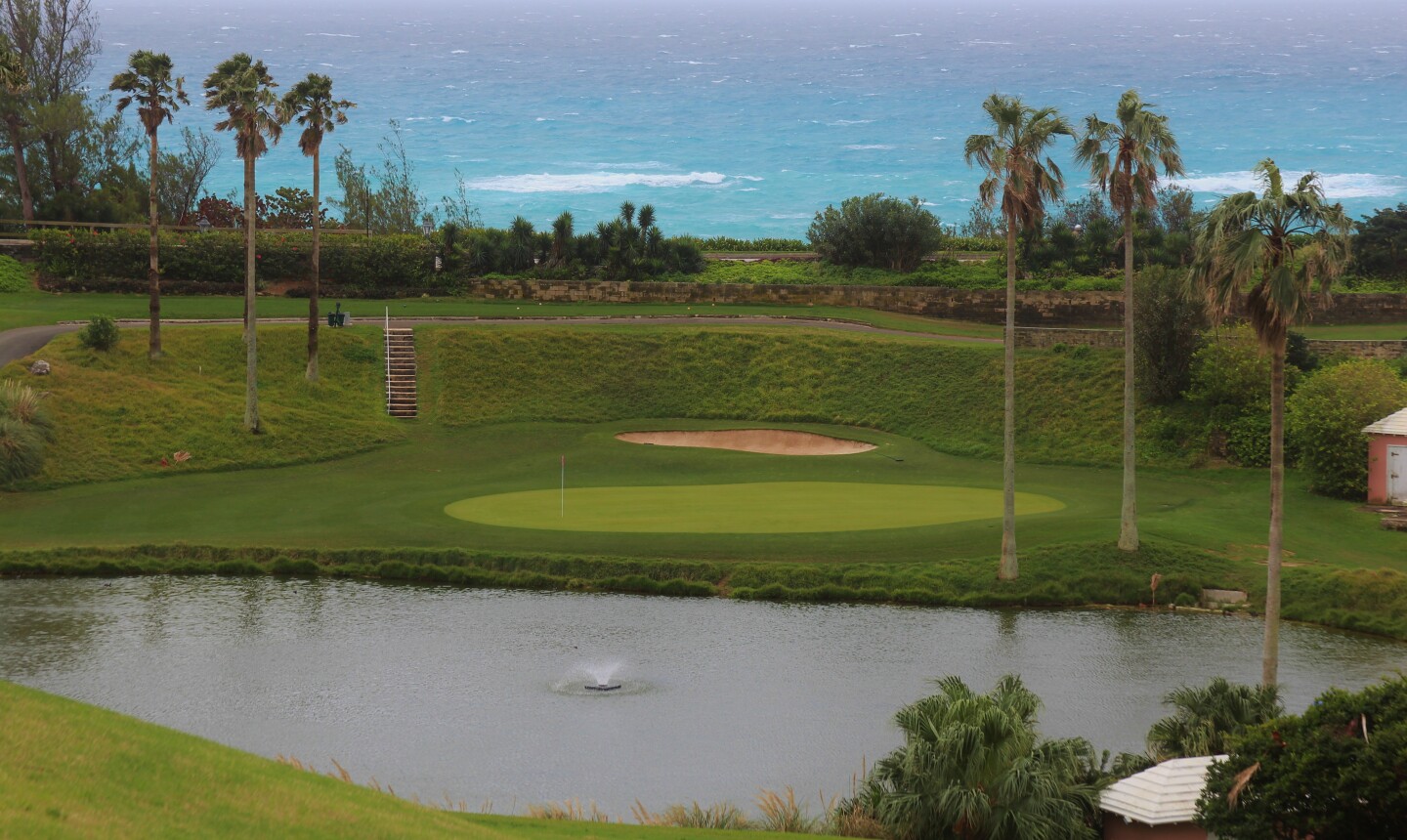 SOUTHHAMPTON, Bermuda -- Golfers who've never had a hole-in-one should take a trip to Bermuda. Hundreds who have gone in search of golf's ultimate prize have fulfilled their dream at a beautiful course called Turtle Hill Golf Club.

What's the secret? Well, all its 18 holes are par 3s. And par 3s are, of course, where elusive aces are scored. But if you're thinking "pitch-and-putt" or an undemanding "executive par 3," think again, because the holes here wouldn't look out of place at Augusta, Pebble Beach or Pinehurst.

The Theodore Robinson-designed course measures 2,684 yards, so the average length of each hole is just less than 150 yards. The 14th is more than 200 yards long, and there's plenty of tough rough and water hazards in which it's all too easy to lose balls. And there's certainly no shortage of bunkers. The dramatic elevation changes and impressive views over the Atlantic also greatly enhance the enormous visual appeal of Turtle Hill G.C.

Anyway, you wouldn't see top pros such as former European no. 1 Ronan Rafferty knocking it round any old par 3 course. Together with several fellow touring pros and dozens of top amateurs, he recently participated in the Grey Goose Par Three World Championship at Turtle Hill.

"I'm hoping to start a proper par-3 tour with around 30 tournaments all over the world."

He's also hoping next year's championship at Turtle Hill will be televised.

"One of the most appealing aspects of par-3 golf is that a round only takes about three hours, which leaves you plenty of time to do other things for the remainder of the day."

So what are the chances of you recording that elusive ace at Turtle Hill? There were no fewer than 63 last year with one day producing a record crop of four. With 30,000 rounds played a year, there's a total of more than half-a-million attempts annually. Of these, roughly one in 8,600 ends with the ball dropping in the hole and scenes of wild jubilation on the tee.

So if you stay at the adjoining Fairmont Southampton hotel for a week and play, say, two rounds a day, there's a fairly decent one-in-34 chance you will achieve the ambition of a lifetime. By the way, the 11th, which is stroke index 18 and the easiest hole on the course, has given up the most holes-in-one, and so take particularly careful aim on this one.

The green fees alone will set you back more than $1,200, and, if successful, there will be a hefty bar bill for a round of drinks to consider. Is it worth it? If you fulfill a dream, of course it is. Then, to celebrate your achievement, treat yourself to a round at one of the several other outstanding courses on the island.

If you're lucky enough to bag your hole-in-one early in the week leaving you several days of golfing indulgence, then you should play Mid Ocean Club, Port Royal, Riddell's Bay and Tucker's Point Club.

If you have just one day left -- provided it's a Monday, Wednesday or Friday when visitors are welcome -- you simply must take on the stunning Mid Ocean. If God had thoughtfully provided Adam and Eve with 18 holes in the Garden of Eden, this is how it would have looked.

If you can squeeze in another round in the afternoon before you fly home, you'll love Port Royal. The 16th is simply one of the greatest and most scenic par 3s in the world. Who knows, since you're clearly on a roll, you might just -- no, surely not another one! 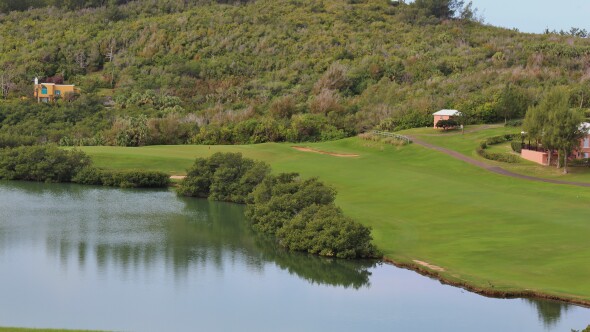 Articles
3 Min Read
The best of Bermuda: Five scenic places to play
Bermuda, contrary to the misconceptions of most people, isn't a Caribbean island. This tiny fish-hook-shaped British territory sits isolated in the middle of the Atlantic, off the coast of North Carolina. Bermuda is so cramped for space that none of its seven courses are regulation par 72s, yet several of them rank among the best in the world. Its five top combine to create a unique mix of experiences, from an exclusive private club to a professional tournament venue and a wildly scenic par 3.

Kira K. Dixon
Lifestyle Correspondent
Now Reading
Bermuda and Turtle Hill Golf Club: Why you should head a long way for this short course
New Cookie Policy
WE AND OUR PARTNERS USE COOKIES ON THIS SITE TO IMPROVE OUR SERVICE, PERFORM ANALYTICS, PERSONALIZE ADVERTISING, MEASURE ADVERTISING PERFORMANCE, AND REMEMBER WEBSITE PREFERENCES. BY USING THE SITE, YOU CONSENT TO THESE COOKIES. FOR MORE INFORMATION ON COOKIES INCLUDING HOW TO MANAGE YOUR CONSENT VISIT OUR COOKIE POLICY.
CONTINUE
Search Near Me