Driving ranges and practice areas in the Houston, Texas area

Best driving ranges to practice golf in the Houston area 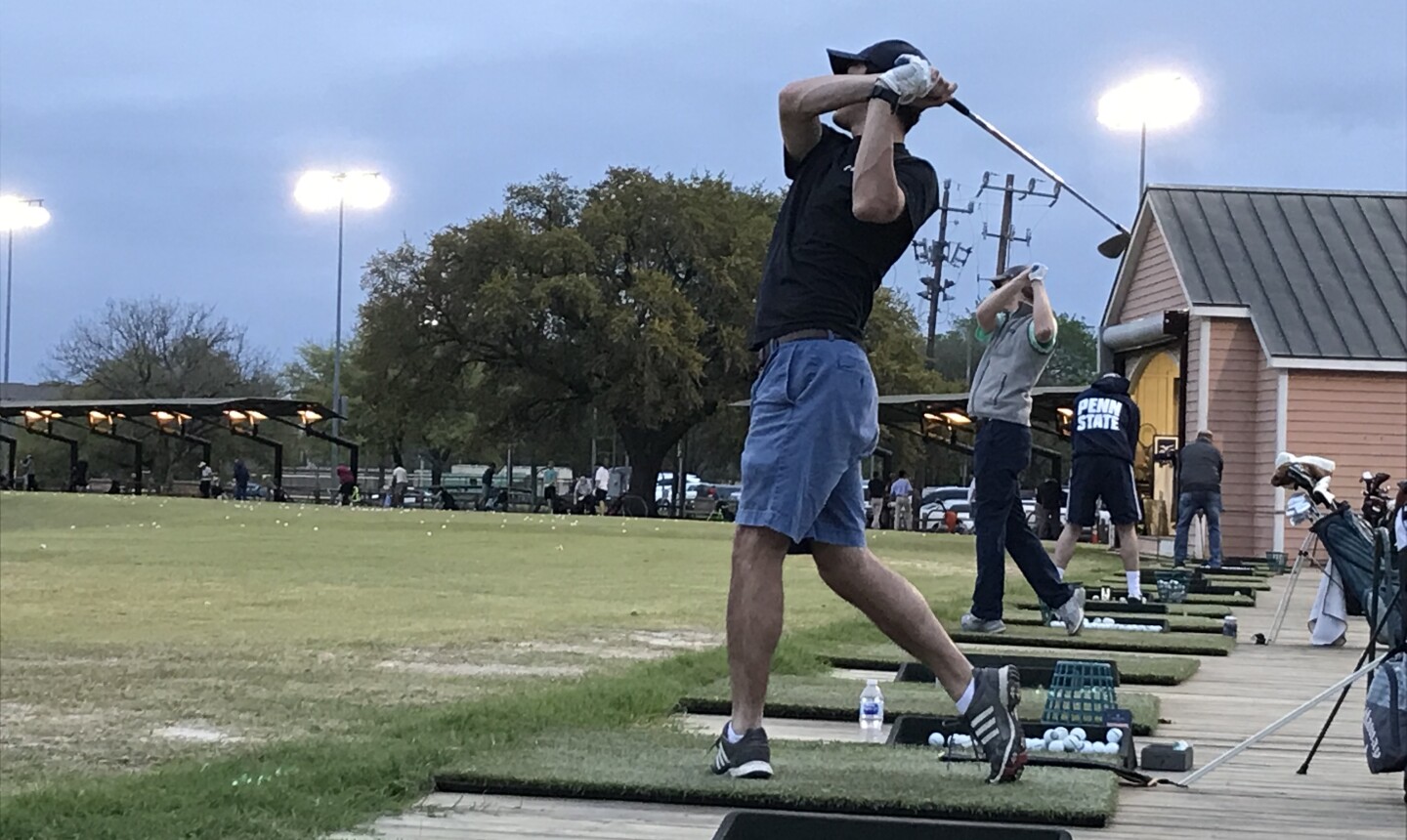 Because Memorial Park is centrally located and the range is lighted, it's Houston's most popular place to practice golf. Mike Bailey/GolfPass 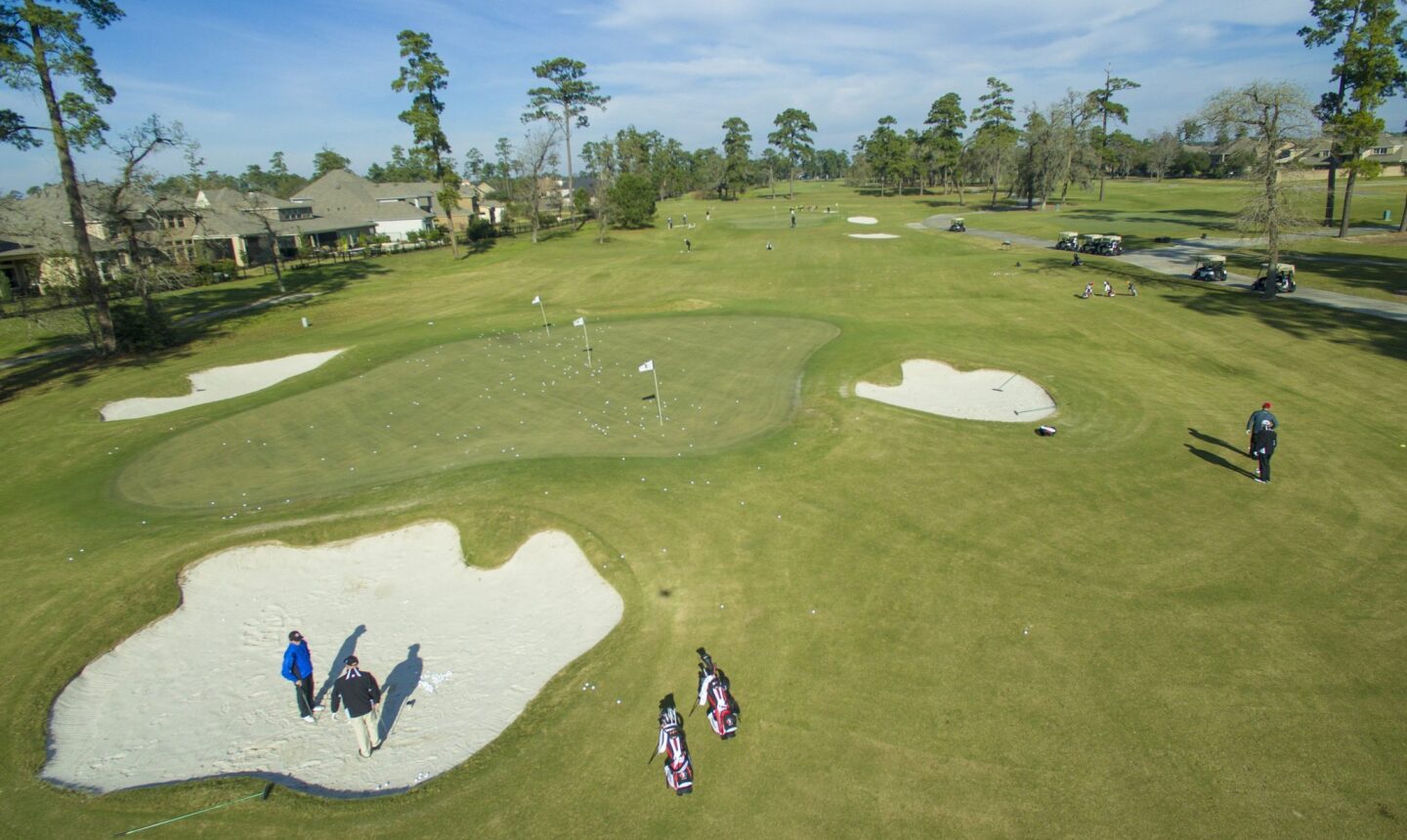 Golf Club of Houston has terrific practice facilities, but you do have a tee time or be a member to use them. Courtesy of MikeMcGetrick.com 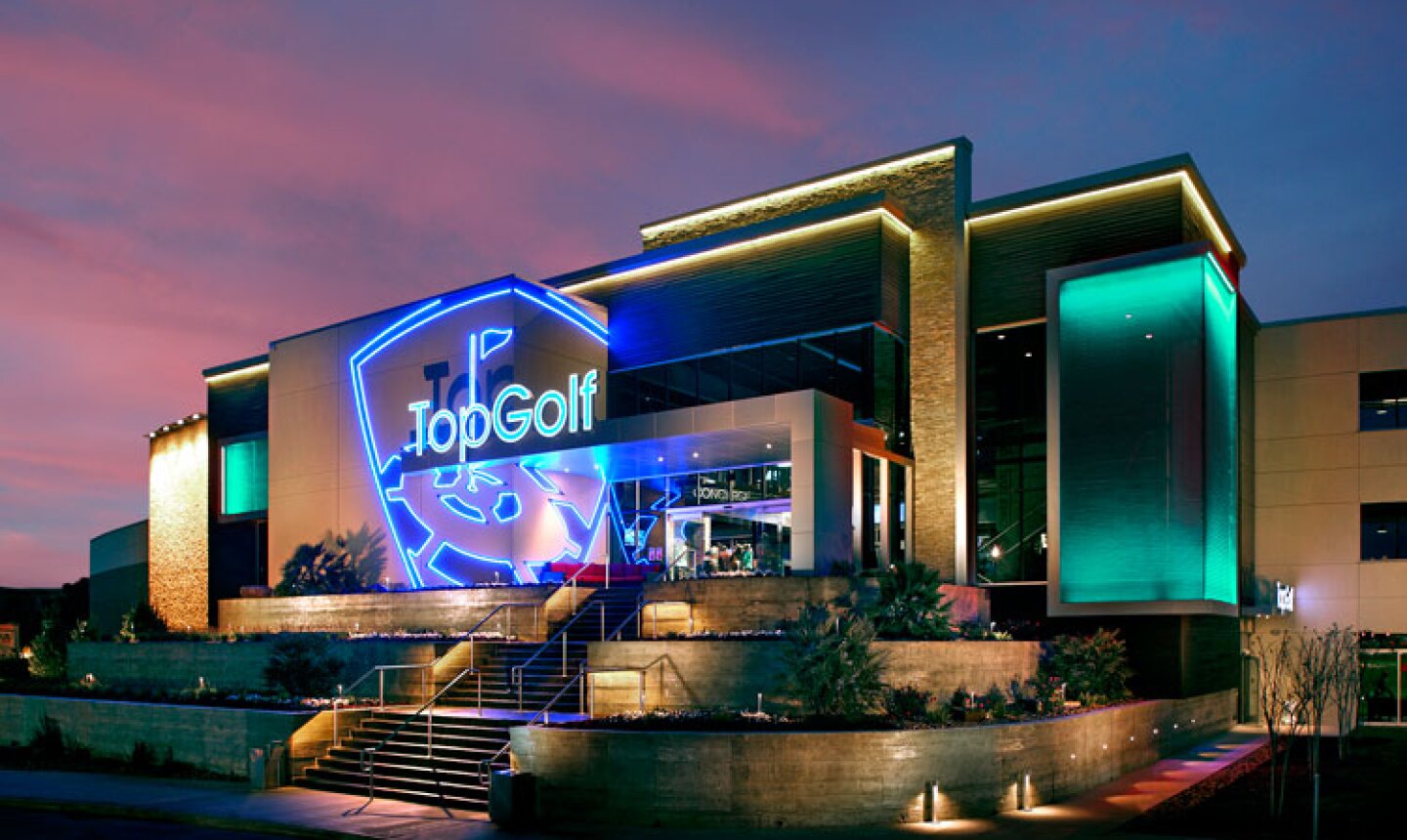 HOUSTON -- There are close to 200 golf courses in the Houston metropolitan area. Most of them have some sort of practice facility. The only problem is that the majority of public golf courses aren't located near the center of Houston, which is fine for those in the suburbs, but makes finding a place to practice a little more challenging for golfers who are in or around the 610 Loop.

Fortunately, there is at least one place for "Loopers" to gather and work on their games -- Memorial Park, which is located In the heart of Houston, inside the 610 Loop, not far from the Galleria.

As a practice facility, Memorial Park has several things going for it. It’s inexpensive, it's centrally located, the clubhouse food is terrific and most of all, it's open at night. There are more than 60 hitting stations (it was expanded a couple of years ago), and they’re under the lights, meaning some of the busiest times on the range are after work hours. (It's open until 10 p.m.) The only drawback is that it's off mats.

Still, Memorial has two putting greens, a chipping green and practice bunker to boot. You'll see everybody from beginners to scratch players working on their games there, and Memorial has an extensive list of teachers.

Memorial Park, of course, is where you'll find the 7,300-yard John Bredemus design that played host to the Houston Open from 1951-'63. There have been rumors lately that the Houston Open, assuming it gets a new sponsor, might someday return to Memorial Park after a renovation that could shut the course down for 18 months. (Mayor Sylvester Turner, for one, has publicly wished for this.) Nothing has been confirmed yet, though, but if a shutdown closed the practice facility, an awful lot of golfers inside and around the loop would lose a convenient place to work on their game. But there are some other alternatives. Here's a look:

Practice where the Astros, Texans, Dynamo and Rockets play

The next closest place to practice for many would be Wildcat Golf Club, which is located as the bird flies, just under five miles south of NRG Stadium. The two-side range and practice facilities sit high above the parking lot next to the Highlands Course (there are 36 holes). While there are mats, golfers can often practice off real grass, and there are several practice greens and a short-game area to boot. You don't have to play there to use the facilities, and Wildcat, which bills itself as the golf home of Houston's professional sports teams, also has a learning academy.

Another good option is the Marti Golf Center, which is located in southwest Houston at the corner of Dairy Ashford and Beechnut, about 15 minutes from the Galleria and 10 minutes from Sugar Land. Like Memorial, it's lighted, but if features grass tees. Plus locally respected teacher Chad Marti, who not only offers lesson but also an extensive club-fitting program as well, operates it.

Not surprising, though, the very best practice facility in the Houston area is where the PGA Tour plays the Houston Open, the Golf Club of Houston in Humble. It has a large two-sided grass range, multiple putting greens and chipping and pitching greens as well as practice bunkers. One side of the range is reserved for members and lessons at this semi-private facility, but if you're looking for real grass and great conditions, this is the place to go.

My policy has always been when I play out there (the green fees include unlimited range balls) is to get there at least an hour early to take advantage of the practice facilities. Unfortunately, as a public golfer, you have to have a tee time to use the practice facility or take a lesson at the Mike McGetrick Golf Academy there. The top-100 teacher has every imaginable technology to his disposal, and his staff can work with students both inside the bays of the academy and outdoors as well.

More than just a range

Hanging out on the patio at Swanny's in northwest Houston.

Another driving range that stands out is Swanson Golf Center on the northwest side near Champions Golf Club. The center, which used to have a par-3 course, is much more than a range. There are good eats, plenty of beer and even volleyball courts at Swanny's. Fortunately, for golfers, there's also a grass range and even a teaching program, complete with hitting bays. Owner and PGA member Matt Swanson even has a RoboGolfPro machine for players who truly want to feel a great swing in their lesson program. And, like Memorial Park, Swanny's is also lighted and open late.

One of the most unique driving range experiences can be found at one of the three Topgolf centers in the Houston area. There are locations north (Spring), west (Katy) and South (Clear Lake), and they all offer multi-level hitting bays with chip-embedded balls and electronic scoring. You can also reserve a suite, organize a party or simply just hang out there.

Topgolf is great for novices and experienced golfers alike, and it offers much more than range balls. Each location has dozens of large screens showing sports, terrific food, several bars and even other games like foosball and pool. The electronic scoring offers several formats of games. All three locations are popular, so reserving a bay is recommended.

A view from the bay at Topgolf Katy near Houston.

Understand that Memorial Park is pretty much booked solid year-round, does not have real turf for you to hit off of, and has very limited areas for chipping, pitching, and sand practice. There's been talk about getting the PGA Tour to come back to Memorial but it would take an enormous reconstructive effort to make that happen simply because the facilities are not complete. If you really want to work on your game at Memorial, book a tee time late in the day and look for places to drop a couple of extra balls in and around the greens or in the fairways. Unless you are a 15 or higher handicapper, plastic mats are not good for practice.