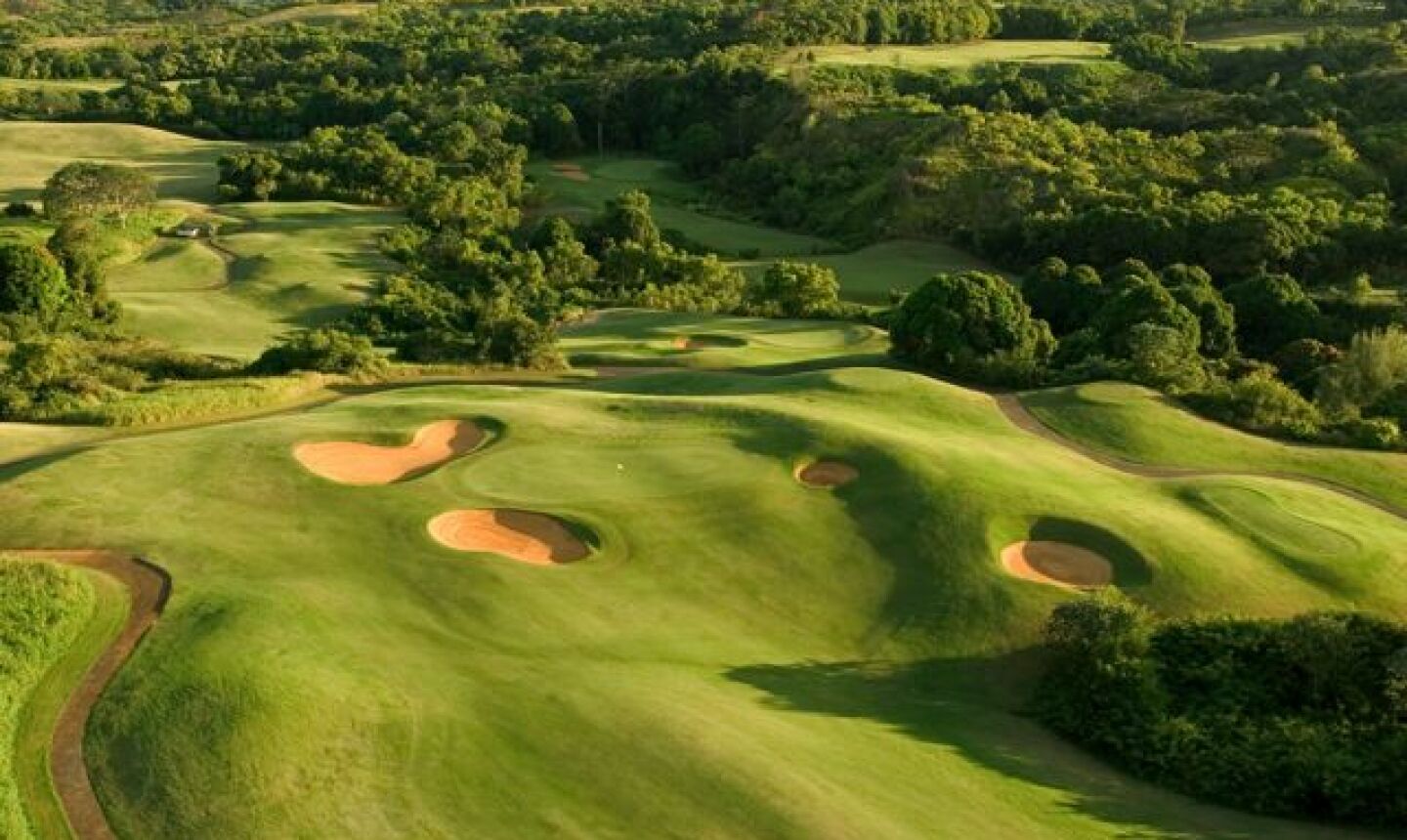 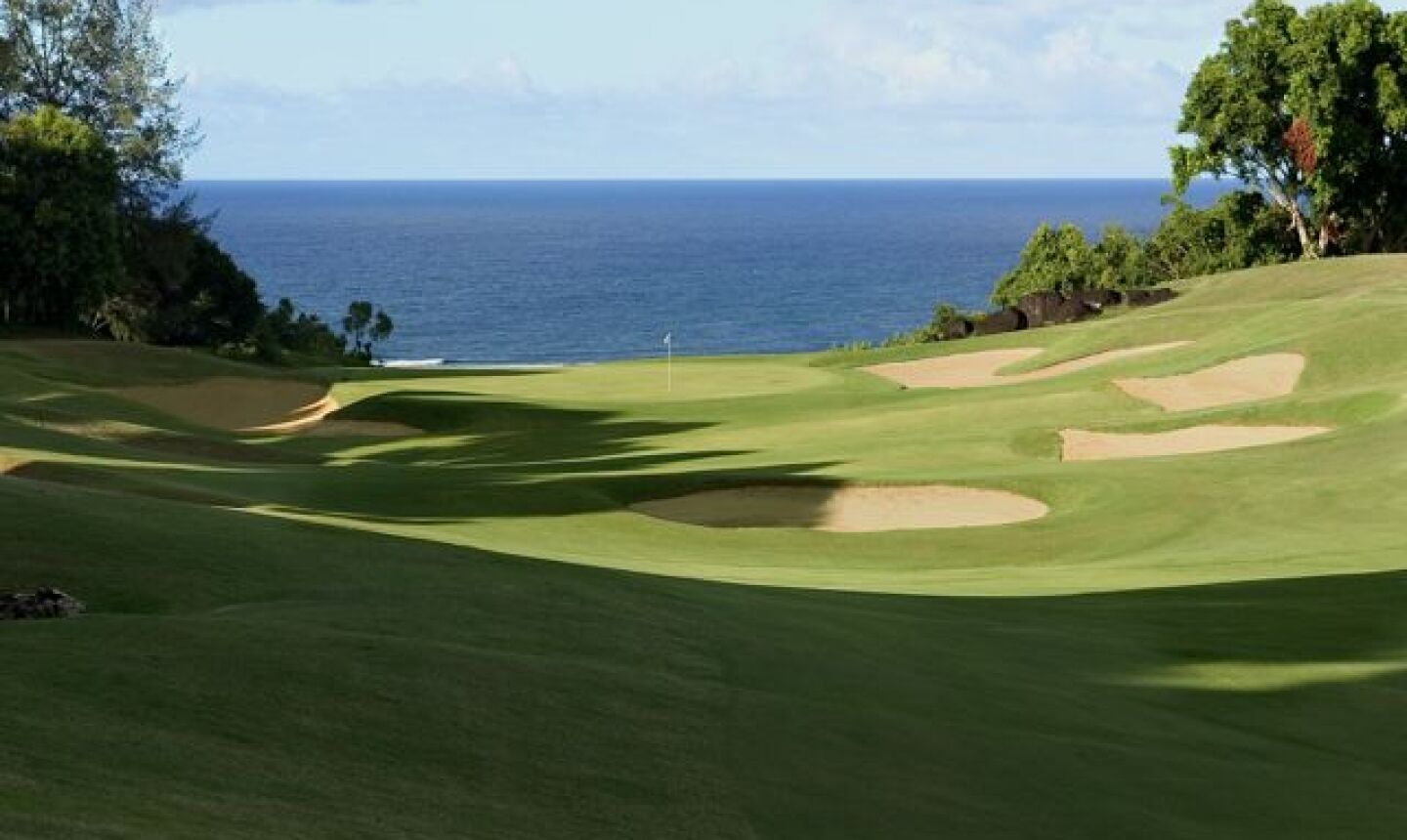 The sixth hole at the Prince Course plays out toward the ocean. Courtesy of Princeville Resort 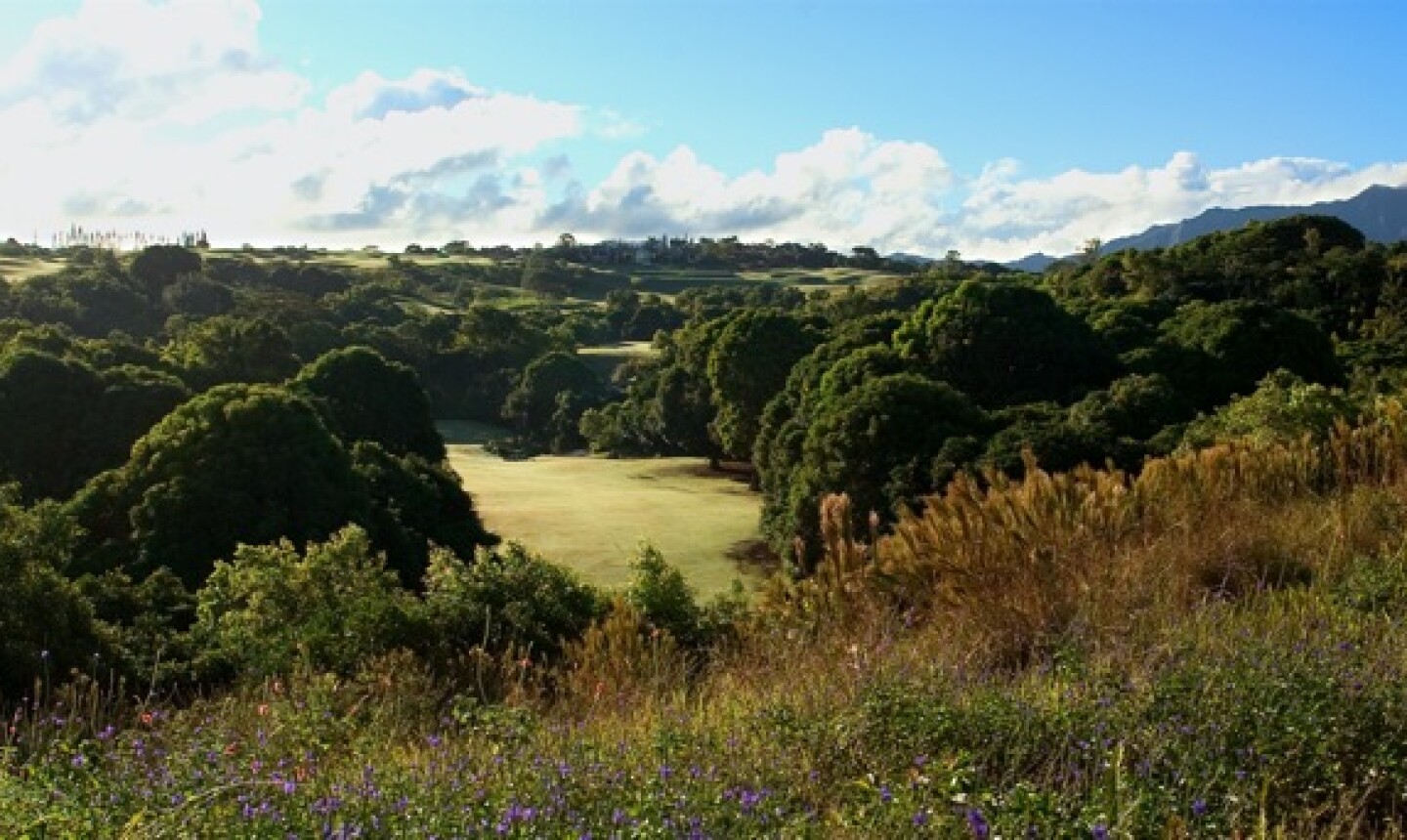 The Prince's 12th fairway is incredibly tight, with woods on either side. Courtesy of Princeville Resort 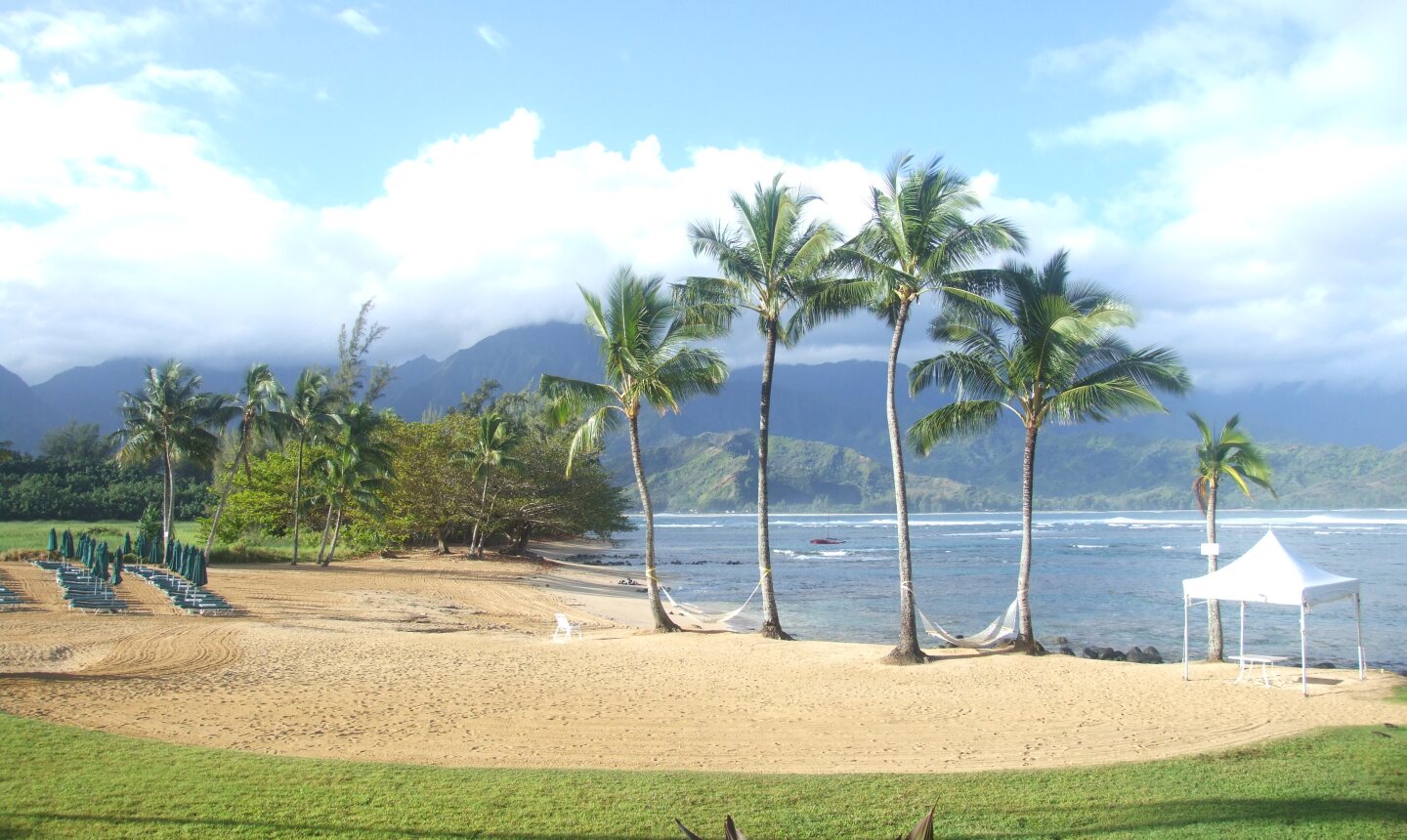 The Princeville Resort is slated to close for upgrades in the fall of 2008, but the same secluded beach and palm trees will remain. Brandon Tucker/Golf Advisor

KAUAI, Hawaii - Confident about your golf game? If you've scored a few low rounds lately, take your golf clubs over to the Hawaiian island of Kauai and the Prince Course at the Princeville Resort.

Trying to take down one of Robert Trent Jones Jr.'s most demanding courses, which can stretch to over 7,300 yards, can make for a maddening afternoon.

"We get players out here who only play this course during their trip, over and over again," noted Steve Murphy, head professional at the Prince Course. "It's like they fall off the horse and want to get back on."

Players will most likely crave another crack at the Prince Course after their initial 18. You're certain to have a few holes where you'll be scratching your head wondering where all the strokes went.

There's little room for error on many shots, and a few yards can mean the difference between a fairway hit and a lost ball - or a green in regulation versus a water hazard. The fairways and greens also yield very few flat spots - so you have to reckon with not only an intimidating target, but also an off-kilter stance.

The front nine is home to the Prince's two oceanfront holes, No. 6 and the signature par-3 seventh hole, which is all carry over a ravine that tumbles down into the ocean on the left. Adding to the imminent doom of the course, two gravestones from the land's previous owners lurk to the left of the championship tees here.

But it's the Prince's back nine that will swallow up any confidence your swing has left. It's set on some of the 400-plus acre site's highest ground, some 300 feet above sea level. It makes for some pretty vistas - but one intimidating roller coaster ride.

The tee of the par-4 12th hole is exposed high above the tree line and yields an expansive, panoramic view of all of Kauai's green, natural wonder. Just don't look down toward the fairway too fast, because it reveals an incredibly tight corridor you wouldn't be sure you could roll a bowling ball down, nonetheless land a golf ball on.

From the 12th, it doesn't get much easier. The par-4 13th might be the trickiest hole on the Prince. A stream splits the fairway in half, right about where a 3 wood or so would land. From here, it's uphill to a smallish green with nary a flat spot. In the past, at least golfers were greeted at the green with a beautiful waterfall backdrop, but recent heavy rains caused the ground to shift in the mountainside and re-route the water flow. Rest assured, course officials plan to return the waterfall to its former spot this year.

If only your scorecard was as easy to change on the Prince.

The Prince Course: The Verdict

Golf Digest ranks the Prince Hawaii's top golf course. Chances are, you'll have strong feelings either for or against this accolade. While its design is no doubt bold and challenging, the more laid-back resort golfer may curse its penal nature. Just be sure to choose your set of tees wisely if you want to make it out alive.

Green fees peak at $200, though resort guests and p.m. tee times get discounts. P.M. replays can be had for just $40.

For those golfers who would prefer a lighter challenge but an equal Pacific Island golf experience, the nearby Makai Course at Princeville is a better option.

The original golf course at the Princeville Resort, the Makai is infinitely more generous, and even features more ocean view holes than the Prince.

Princeville Resort: Where to Stay on Kauai

It doesn't get much better than the Princeville Resort & Spa on Kauai. But by 2009 it very well may be.

This fall, Starwood Hotels will close the resort to renovate and upgrade it into its even higher-end St. Regis brand. They plan to change the current theme, which is more of a classical, European atmosphere, to an Asian-Pacific vibe. The same great secluded beach and incredibly photogenic hammocks and palm trees will remain, of course.

If you think the renovations may coincide with your travel plans, check with the resort for specific close and opening dates (the resort will be booking guests at nearby hotels during the renovations).

The Prince Course will remain open during renovations, though the Makai Course is scheduled to go under the knife as well later in 2008. At least nine holes will always be open, however. 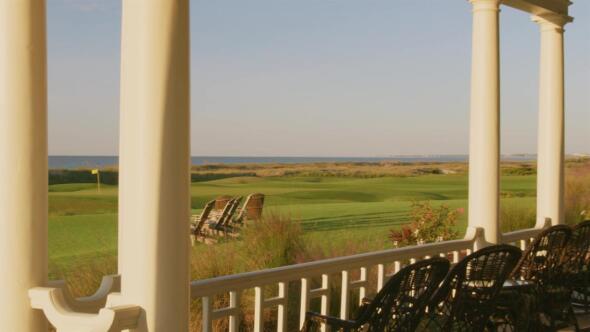 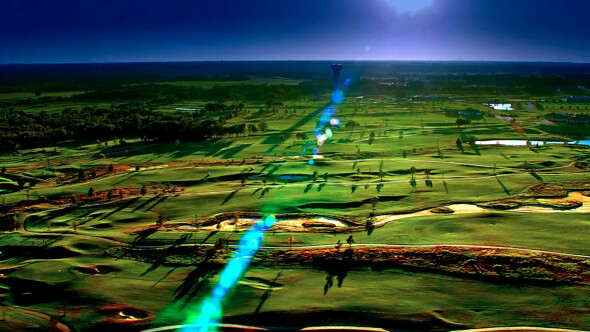 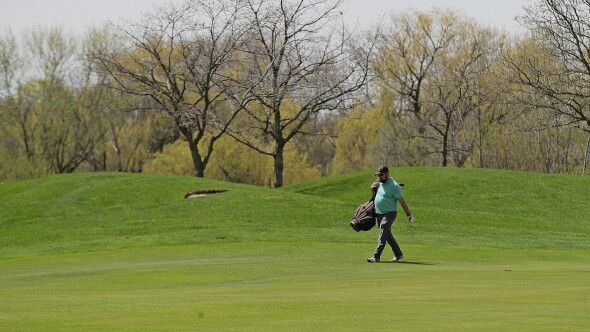 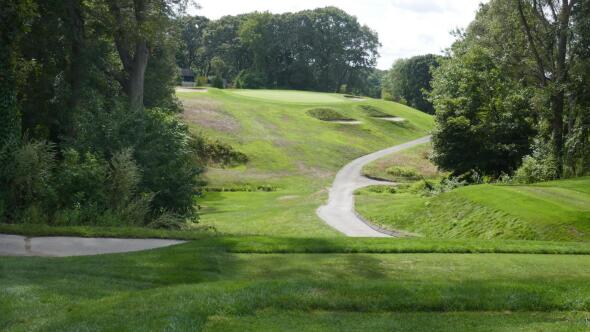 Kira K. Dixon
Lifestyle Correspondent
Now Reading
Better bring your 'A' game to the demanding Prince Course at Princeville Resort on Kauai
New Cookie Policy
WE AND OUR PARTNERS USE COOKIES ON THIS SITE TO IMPROVE OUR SERVICE, PERFORM ANALYTICS, PERSONALIZE ADVERTISING, MEASURE ADVERTISING PERFORMANCE, AND REMEMBER WEBSITE PREFERENCES. BY USING THE SITE, YOU CONSENT TO THESE COOKIES. FOR MORE INFORMATION ON COOKIES INCLUDING HOW TO MANAGE YOUR CONSENT VISIT OUR COOKIE POLICY.
CONTINUE
Search Near Me