Beware of the sandbagger: How to properly handicap your golf matches 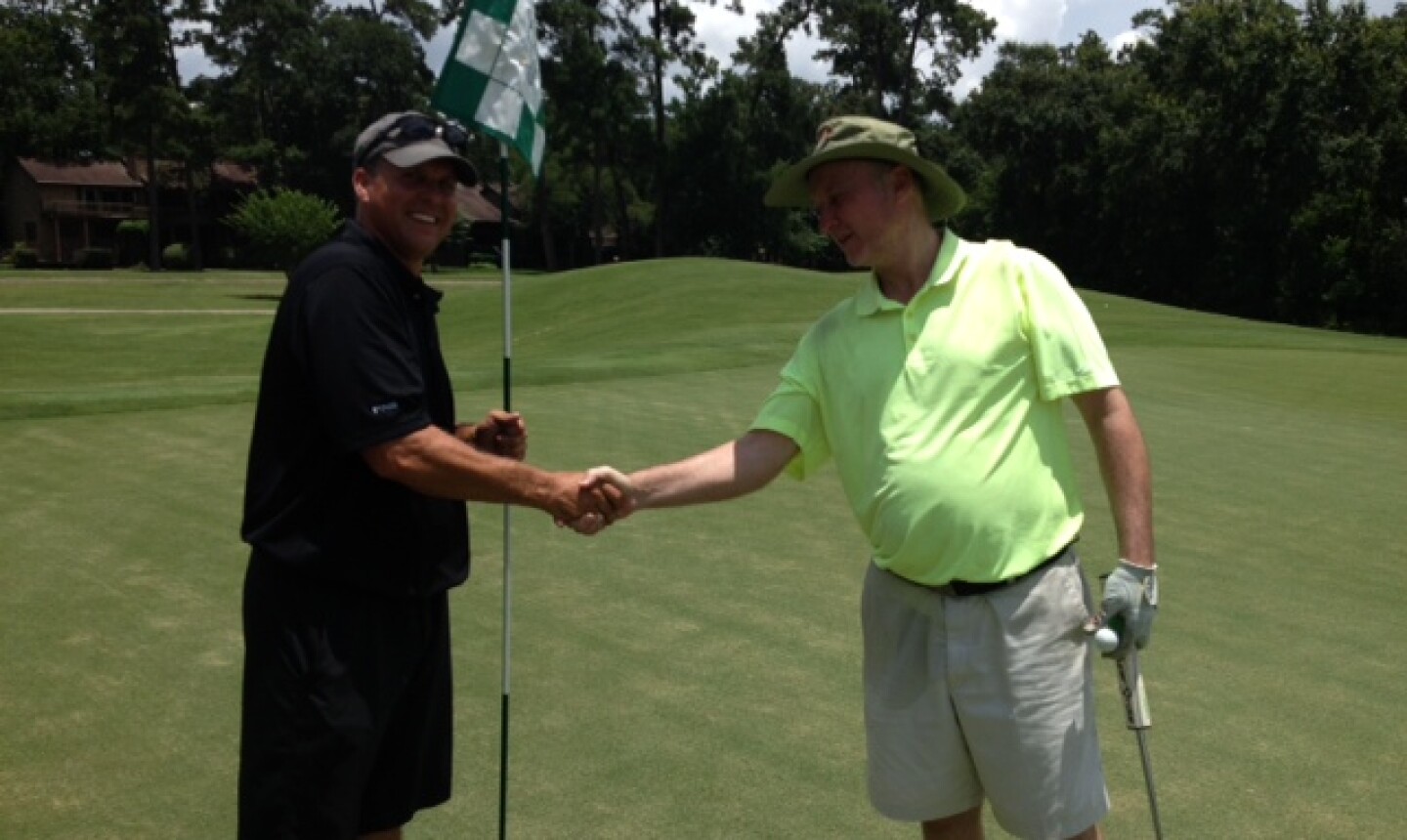 At end of the day, most golfers are just looking for a fair match. Mike Bailey/GolfAdvisor 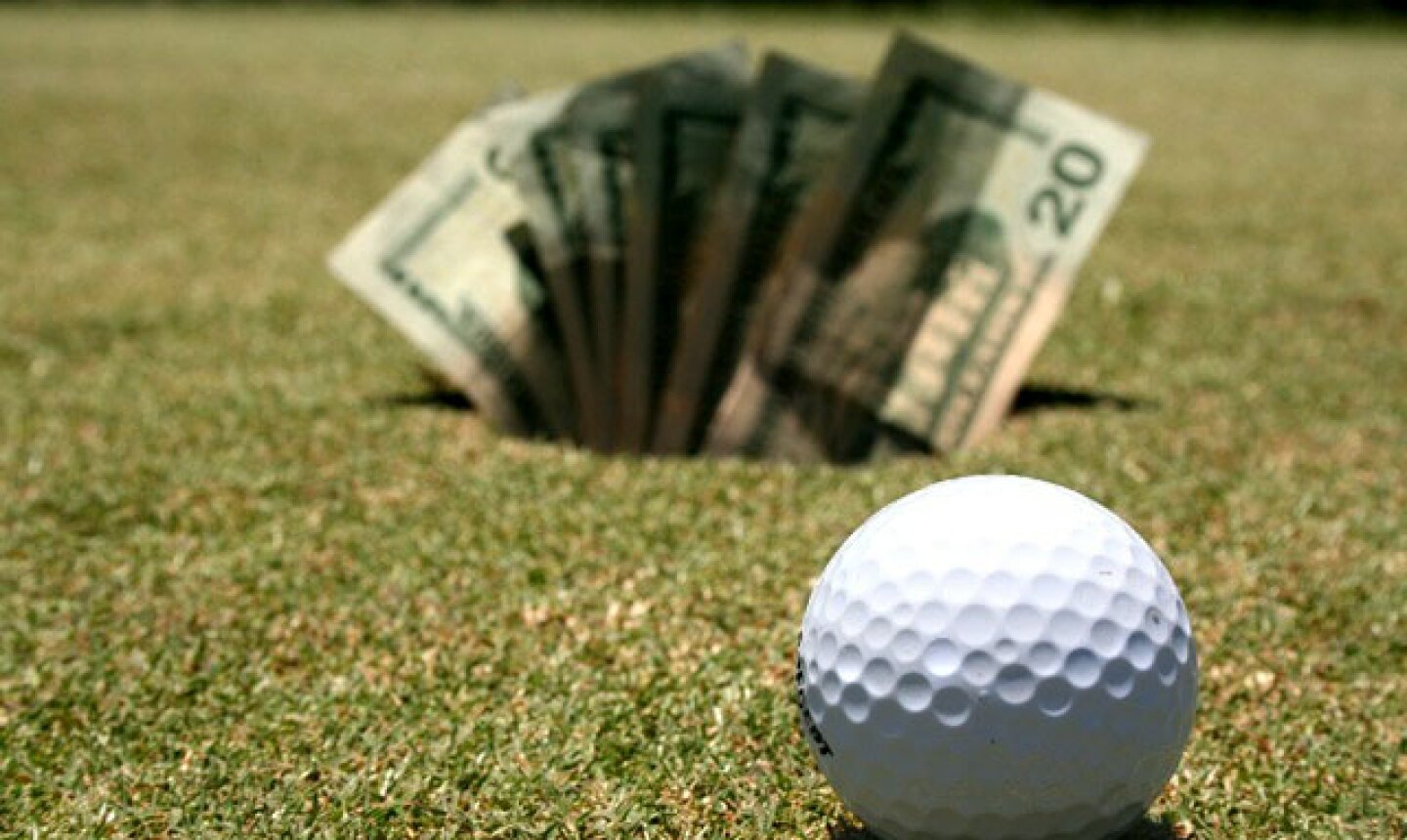 When there's cash on the line, handicapping your matches fairly is even more important. Brandon Tucker/GolfAdvisor 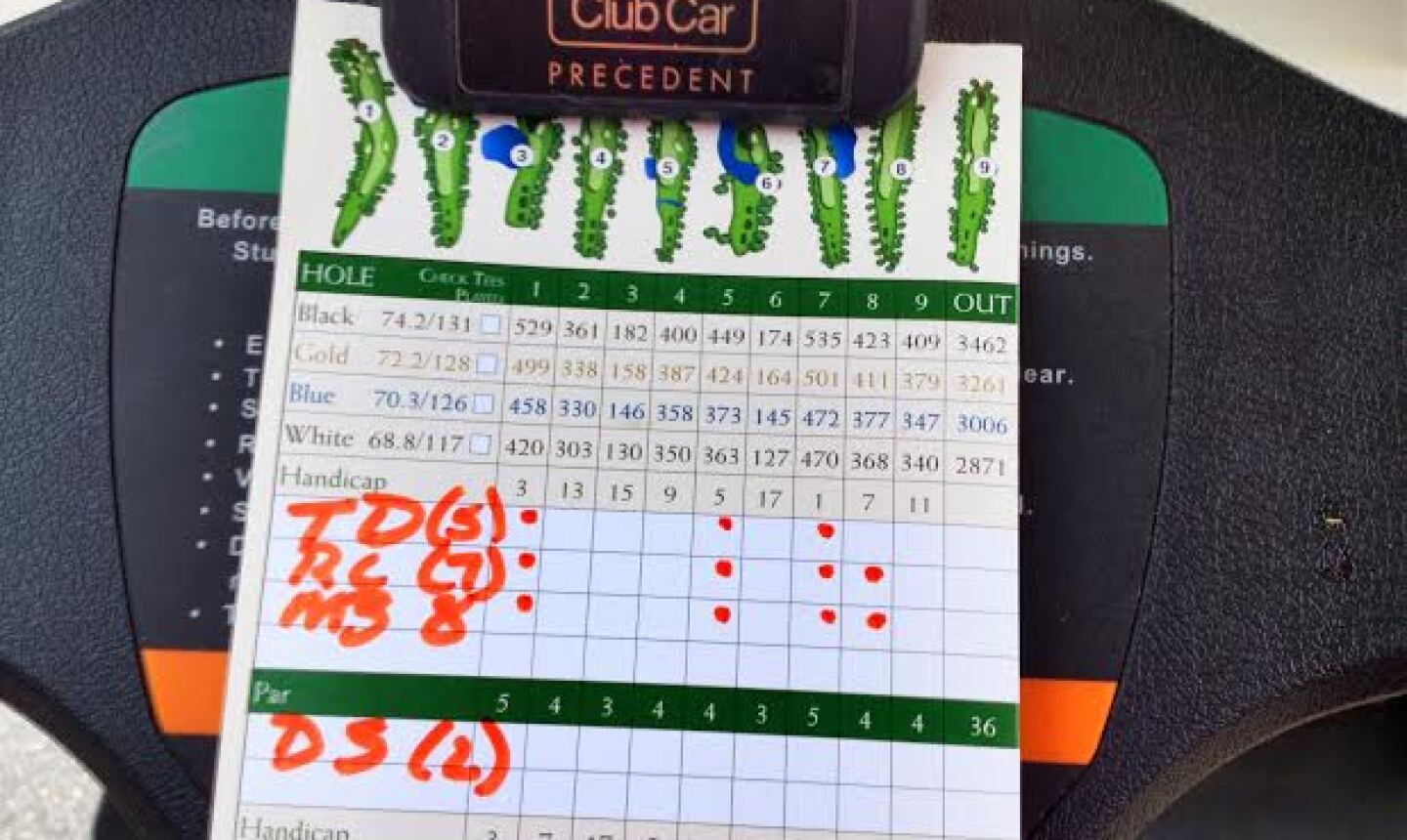 In this example, the three players getting strokes are playing off the 2-handicap player at the bottom. Mike Bailey/GolfAdvisor

Probably the most accurate answer to the question, "What's your handicap?" is the old, "My golf game," because most golfers really don't know their handicap. Truth is, it seems everyone has a different definition of not only his or her own handicap, but yours as well.

We all know sandbaggers and often suspect them, especially in charity tournaments when teams come rolling in at 27-under-par for 18 holes.

And then there's what I like to call the reverse sandbaggers or vanity handicaps -- golfers who only turn in their best scores or never turn in a score at all but claim to be a 5-handicap, yet we've never seen them break 80 and often not even 90. (This is why I don't like sharing my handicap with golfers I play with for the first time. It's usually the kiss of death and completely embarrassing. But yes, I do report my scores.)

The latter is actually harmless. Get them involved in a money game and you really have to play horribly to be digging into your wallet. But the other way often results in a trip to the ATM.

Have you ever heard this one, from the 18-handicapper who shoots 74 to clean you out? "Well, my course is pretty hard, so that's why I'm an 18."

Wrong, wrong, wrong. That handicap was made up. Or he never turned in scores to the USGA, and the slope was never factored in. In other words, it's bogus.

Of the 25 million or so golfers in the U.S., only around 20 percent have USGA handicaps, which nowadays relies on an honor system.

Remember the days when two signatures were required on a scorecard and you had to turn them into your pro for verification, etc.? No more. Now you pay your association fee, and for the most part, simply log on to the Internet and self-report. Enter a score and you're done. In other words, golfers are free to report whatever they feel like reporting. Fortunately, golf is a game of honor, so that's not really happening, right? But it's possible.

That system, however, is way better than golfers who just estimate their handicaps. Most of them are way off, so before you set up a match with players you don't know very well, you might want to ask a few questions, said Scott Hovde, the assistant director, Handicap and Course Rating Administration for the USGA.

Most players think handicaps are their average score -- and that's not the case. In truth, handicaps really measure potential, and they actually reflect the best 10 of the last 20 scores relative to the course's rating/slope.

Hovde said you should ask the player what kind of courses he usually plays, for starters. For example, someone who estimates his handicap to be 13 based on average scores recorded from the tips at a course like Pine Valley is probably more like a 7. But shoot the same score on an easy muni, and the handicap could translate into a 20.

Once adjusted to the course, you can typically subtract three from that player's average score to get a more accurate idea of his handicap. In fact, Hovde said it's usually the fifth-best score (adjusted) in the player's last 20 scores.

Or to simplify, instead of conducting a full-scale investigation on the first tee, "a better question might be what kind of score you shoot when you play well?" Hovde said.

Got the handicaps, now what?

Okay, we're satisfied with everyone's handicaps (real, made up or sandbagged), but how do we allocate strokes?

That really depends on the type of match or game you're playing.

The reason is because the lowest-handicap holes aren't necessarily the most difficult holes on the course but rather the holes where the higher handicappers need the most help. In other words, they represent the largest difference between more-skilled players and less-skilled players, which is why they are typically on par 5s and long par 4s that require more than one good shot on the hole.

So if you have a 2-handicap in your group, a 5, a 12 and a 15, everyone except the best player would get strokes on the Nos. 1, 2 and 3 handicap holes, then we would mark dots accordingly for the rest of the players.

If you're playing a four-ball, two teams against each other, each player customarily gets 90 percent of their handicaps. The reason for that, Hovde said, is that the higher handicap players, because there are two of them, have a slight advantage with both of them getting strokes on their more difficult holes.

Do the tees matter?

Yes, but not as much as you might think, Hovde said.

Basically, here's the formula: Take the player's handicap and multiply it by the course's slope rating for those tees, then divide it by 113 (USGA determined average slope), then add the course's rating for those tees. That gives you the score that the player is expected to shoot if he plays to his handicap. (In case you're interested, the USGA determines slope rating by taking the bogey rating (which could be 90 or so) minus course rating multiplied by 5.381 for men and 4.24 for women.)

"Both players are expected to shoot the same gross score if they play to their handicap," Hovde said.

In other words, most of the time, there's no need to adjust for tees since that's already done in the handicapping process. But then again, you probably already knew that by now.

Now if only every golfer had a legitimate handicap. 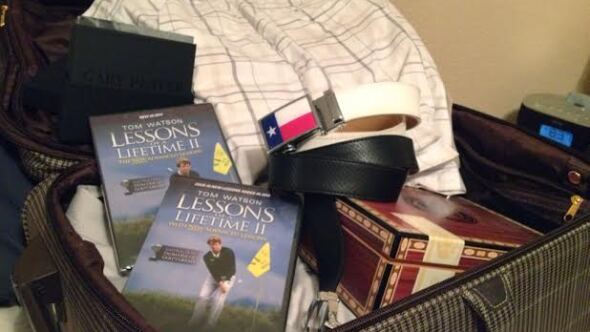 Articles
5 Min Read
How to pack right for your next golf road trip
The great part about taking your own car on a golf road trip is that you're only limited by the size of your vehicle. Of course, you can't get carried away; packing wise is the key. Here's a guide to planning the perfect trip. 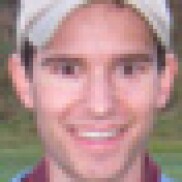 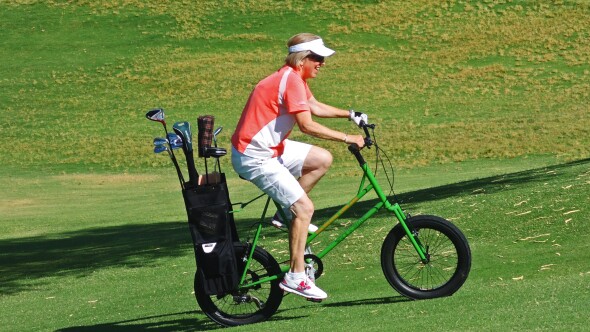 Articles
4 Min Read
A new spin: Golf Bikes at the Westin Kierland in Scottsdale
The Westin Kierland now gives players the option to pedal the course on a Golf Bike. Besides leaving very little footprint on the fairways, they're also good for pace of play and provide real exercise. And they might just attract a new breed of golfer to the game, Mike Bailey writes.

Kira K. Dixon
Lifestyle Correspondent
Now Reading
Beware of the sandbagger: How to properly handicap your golf matches
New Cookie Policy
WE AND OUR PARTNERS USE COOKIES ON THIS SITE TO IMPROVE OUR SERVICE, PERFORM ANALYTICS, PERSONALIZE ADVERTISING, MEASURE ADVERTISING PERFORMANCE, AND REMEMBER WEBSITE PREFERENCES. BY USING THE SITE, YOU CONSENT TO THESE COOKIES. FOR MORE INFORMATION ON COOKIES INCLUDING HOW TO MANAGE YOUR CONSENT VISIT OUR COOKIE POLICY.
CONTINUE
Search Near Me