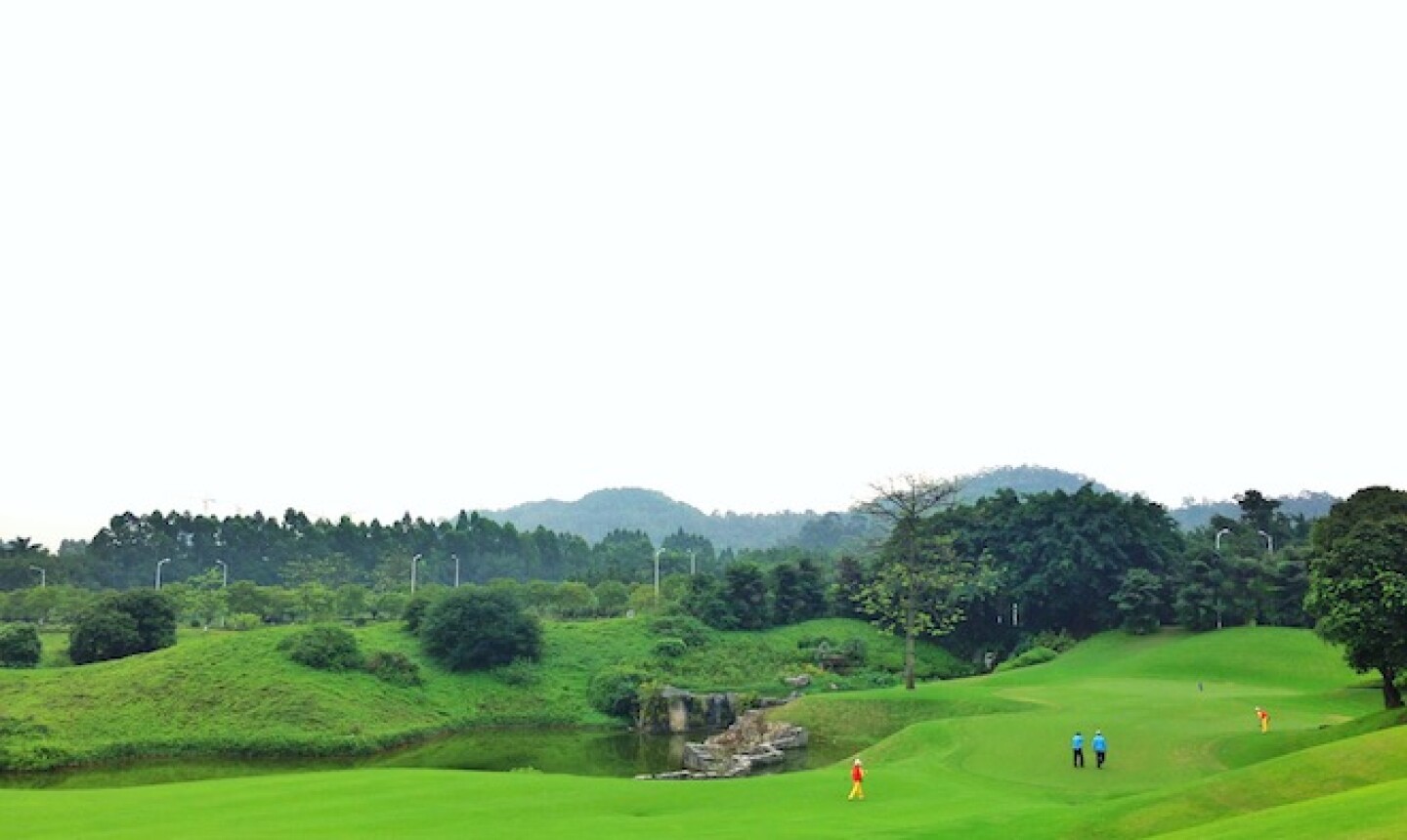 China's golf boom may have just ground to a halt.

China and Taylor Swift could make a lot of money together.

The country has a seemingly juvenile break up/make up relationship with golf, and Swift is great at cranking out hits of this genre.

The latest drama: China banned more than 110 golf courses and ordered about 50 more to stop construction.

Not totally bizarre for China, except just nine months earlier, it had unbanned golf.

And six months before that...banned it.

Talk about a love-hate relationship.

And when you take a look at a longer timeline, it gets even weirder...

1889
Hong Kong Golf Club opens, but more than a century before Hong Kong is absorbed into China proper.

April 2016
Ban lifted on golf as a Communist Party pursuit, with the China's state-run anti-corruption newspaper stating, "Since it is only a sport, there is no right or wrong about playing golf."

January 2017
Bans and forces the closure of 111 golf courses and orders 47 more to stop construction due to, "land and water use concerns." The remaining golf courses in the country have been ordered to undergo "rectification" measures to ensure they comply with Communist Party standards.

This recent history of waffling sounds confusing, but it's old hat for the world's most populous country.

This time around, China's ruling Communist Party's reason for closing more than 110 golf courses throughout the country is an alleged need to conserve groundwater and develop more farmland.

Those reasons sound noble enough, but again, this move comes just nine months after the Communist Party declared golf to be an acceptable hobby for its more than 80 million members.

And again, that move came less than a year after a decree from Chinese President Xi Jinping barring all golfing Communist Party members for engaging in golf, an activity seen as elitist.

All I can say is this: hopefully Communist Chinese recreational golfers didn't go out and buy new clubs in the last few weeks.

The Elephant In The Room...Er, Clubhouse

You may have noticed above that after the 2004 golf course construction ban, the number of courses in China more than tripled over the next decade.

Yes, I know that sounds insane.

But due in large part to relationships between many local government bureaucrats and local businesspeople, golf facilities have continued to pop up because they've managed not to be classified formally as "golf courses" by the Chinese government.

Instead, euphemistic phrases like "public sports park," "recreation zone" and others appear to have kept particularly resort golf courses like the those at the two Mission Hills mega-complexes - one 12-course facility in Shenzhen on the mainland, and one on Hainan Island that is forecast to have 22 courses at full build-out - safe from closure.

This is ostensibly because they help bring considerable tourism spending - especially from abroad - into the Chinese economy. But it's unclear whether this purpose will spare even mighty Mission Hills for long, as both facilities use considerable arable land and water resources. After all, water and land are kind of essential for golf course development...

All this reminds me of one of my favorite golf terms: the "Mongolian reversal," which, in match play, happens when you semi-miraculously win a hole that your opponent originally looked sure to win.

It seems the "Chinese reversal" turns out to be the exact opposite: just when you think the coast is clear to dust off your golf clubs, the government takes it away from you.

There you have it - a brief but confusing history of golf in China. If you're thinking of checking out either of the impressive Mission Hills properties, we suspect they'll remain pretty safe. But don't be surprised if you get there only to find the courses open one day and closed the next.

Heck, it might happen in the space of a couple hours.

THIS IS THE REASON I AM PUTTING ALL MY GOLF MARKETING TOWARDS CHINA, AS THEY ARE AVID GOLFERS AND EXTREMELY NICE PEOPLE. THEY ALSO LOVE VISITING CASTLES AND DISTILLERIES. MY HOTEL THE MARCLIFFE HOTEL AND SPA IN ABERDEEN SCOTLAND HAS ALREADY HOSTED SEVERAL GROUPS WHO INDUGE IN MY 400 BOTTLE WINE LIST!,AS WELL AS PLAYING ROYAL ABERDEEN, TRUMP INTERNATIONAL CRUDEN BAY AND THE OTHER 50 COURSES WITHIN 50 MILES OF ABERDEEN, SO IF THEY ARE LOSING THEIR COURSES THEN I WARMLY WELCOME THEM HERE.