The occasional throwback round is a Cool Golf Thing

Turn back the clock. 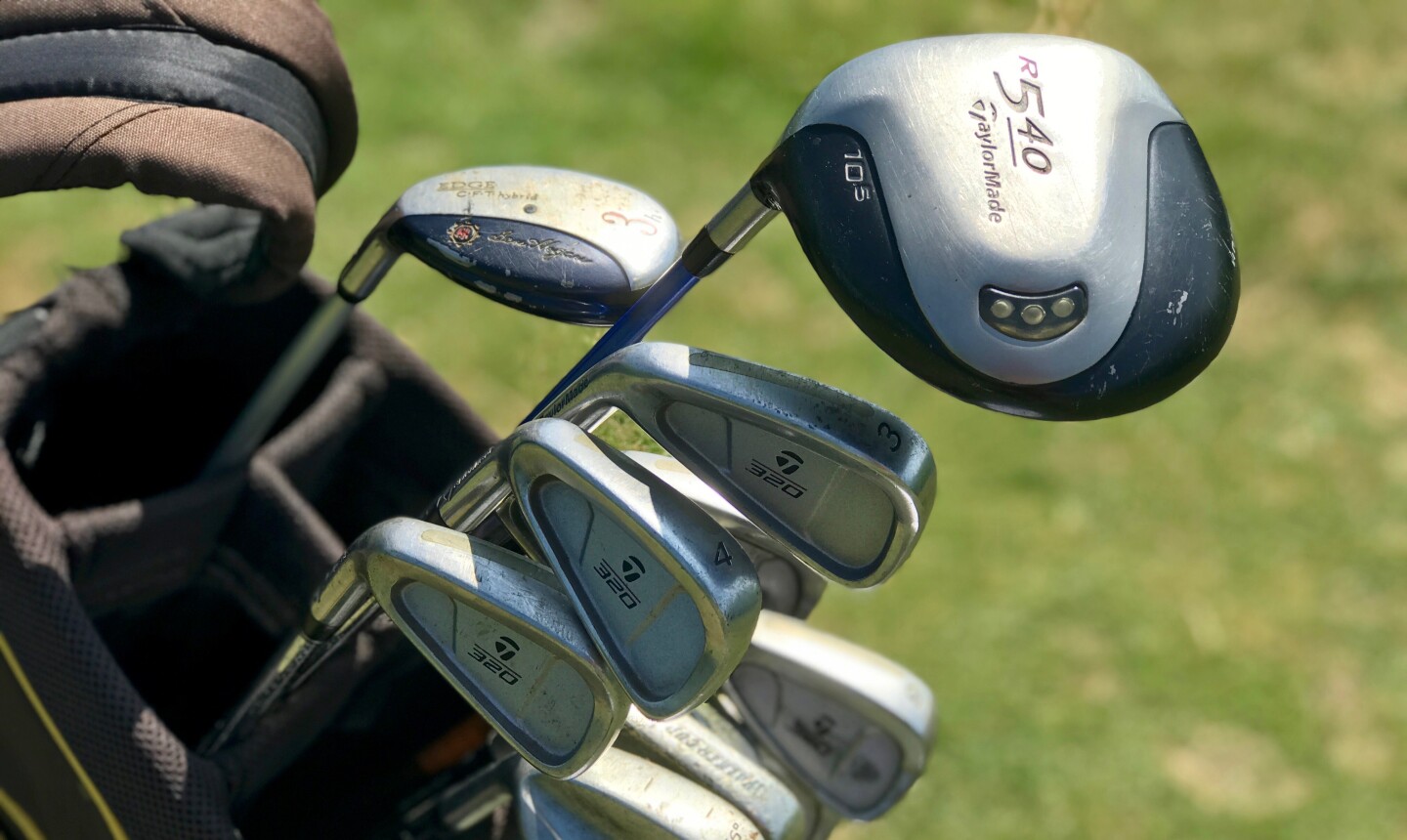 This photo is recent...it's the clubs in it that are old. Tim Gavrich/Golf Advisor 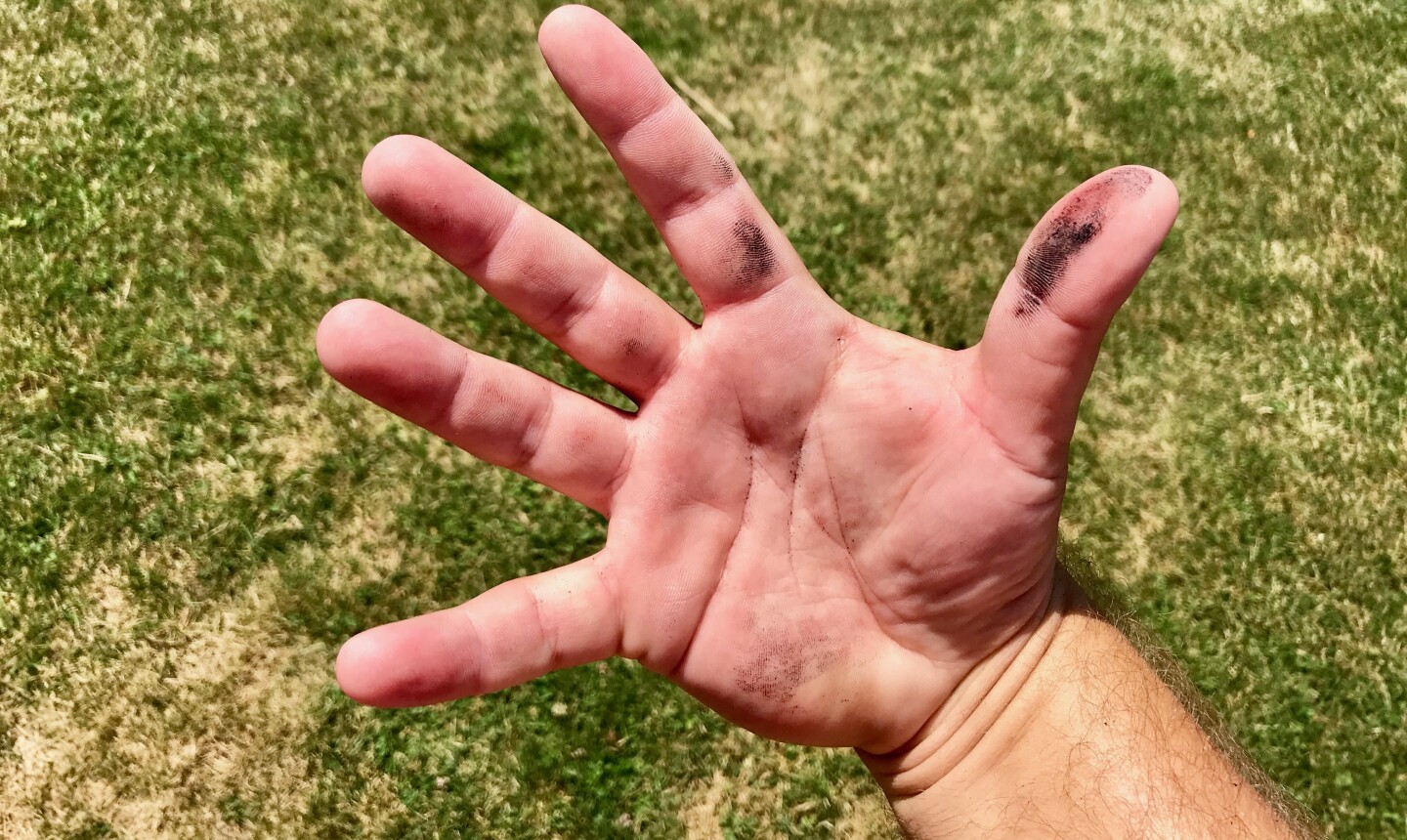 Pro tip: get your grips replaced more often than once a decade or this will happen to you. Tim Gavrich/Golf Advisor

I've always been particular about my golf equipment. I've got a trusty 7 wood and nearly decade-old blades, but I've also had an uneven few years with drivers and, until this time last year, a revolving-door lineup of putters. Last Friday, in a golf outing at the charming Champlain Country Club in northern Vermont the day before my sister's wedding, I had to adapt.

Instead of me bringing my gamers north for one round, my father rounded up a set for me from my parents' house in Connecticut and drove it up. It contained a dozen clubs I haven't used in a dozen years or more, including my old TaylorMade 320 irons, a TaylorMade r540 driver that I swear I never missed a fairway with in high school, a Ben Hogan hybrid and a 1990s Callaway "Hickory Stick" 61-degree wedge that is more a novelty than a real club, even though I used it for a couple years.

I had a great time. Looking down at unfamiliar clubs takes some adjustment, but when they're old friends, the re-connection happens after one solid strike. You should trot out some old clubs every so often, if only for the reminder that a good swing produces a good result no matter the equipment. I was giving up about 25 yards off the tee with my old r540, but the results were still reliable. I even chipped in for a birdie with the Hickory Stick. The only nuisance: the grips, which, after more than a decade in the garage, had disintegrated to the point of leaving black gunk on my fingers after each swing. I'll be relieved to put my "real" clubs back in my hands this weekend, but sticky fingers were a small price to pay for a fun nostalgia trip. 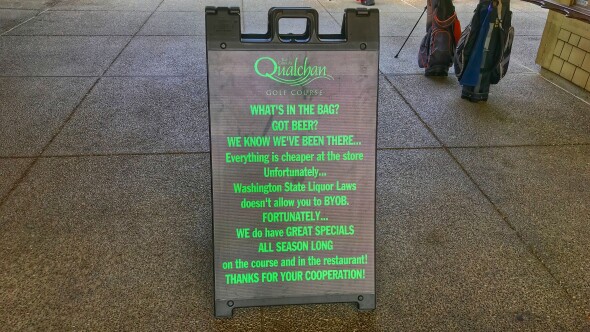 I'll do one better. In 2017 I dug two old sets of clubs out of my basement and regripped all of the irons and woods One set was a full bag of Wilson Staff persimmon woods (1, 3, 5) and Muscle back blades circa 1963 (2- PW) and a Bullseye putter. The other iron (2-PW) set was a custom built by a local guy who made them for an uncle of mine and I inherited them in 1989. The woods were Wilson Staff circa 1970. I have used them both from time to time since then and really enjoy them. I find that it makes me concentrate in order to hit those smaller sweet-spots. Also, our local First Tee turned up their noses when I wanted to donate them - "Too old for us" is basically what they said.

William, sounds like that First Tee's loss has been your gain. Thanks for sharing!

I recently used a set of my dad’s old Wilson 1200 irons and persimmon woods.

They are 40 years old and had a wonderful round trying to work my way around a familiar course from different locations than normal.

Even enjoyed the thinned feeling off the 2 iron from the first cut.

I will put these in play more than once a year on his birthday.

What a cool way to honor your dad. Sounds like there are still plenty of quality shots in those irons.