Ask Golf Advisor: Can you post scores of rounds you play during the coronavirus pandemic?

The United States Golf Association has some answers for you.

The coronavirus pandemic has spared no aspects of life from major changes. Golf has gotten a little strange lately, if it's even allowed at all.

"Just curious regarding the posting of scores while playing under the 'elevated cup' scenario. It seems to me that a score played under this condition should not be posted for handicap purposes. I have not seen a ruling from the USGA or any dialogue on this issue and assume that the score would not be a valid score for posting purposes."

The United States Golf Association (USGA) has indeed weighed in on several aspects of the game that have needed to be temporarily changed as the pandemic progresses.

Mac's question revolves around the concept of a ball being "holed," which has the following definition in the Rules of Golf:

When a ball is at rest in the hole after a stroke and the entire ball is below the surface of the putting green.

When the Rules refer to “holing out ” or “hole out,” it means when the player’s ball is holed.

For the special case of a ball resting against the flagstick in the hole, see Rule 13.2c (ball is treated as holed if any part of the ball is below the surface of the putting green).

In order to minimize the potential for infection, several golf courses have placed various objects at the bottom of cups - PVC piping, sections of foam pool noodles and more - so that a ball that enters the cup sits up high enough that it's not necessary to graze the flagstick with one's hand by reaching for a cup all the way at the bottom. 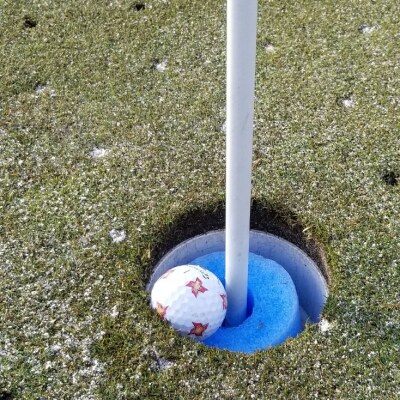 (In some cases, courses have raised the cup above the surface of the green, creating a bumper rather than a hole.)

Of course, this means that on many of the courses that remain open, the ball will remain partially above "the surface of the putting green."

So it's not considered holed per the Rules definition above. That means a round played this way can't be entered for handicap purposes, right?

Not so fast, says the USGA.

In a press release on Saturday, March 21, the USGA temporarily modified the Rules to allow for new definitions of a ball having been holed.

"In these specific cases, provided guidance from health and governmental officials is being followed," reads the release, "a temporary measure is in place within the United States to accept scores played under these conditions for handicap purposes using the most likely score guidelines, even though the player has not holed out."

So, Mac, you are actually allowed to post scores for rounds played under coronavirus-altered cup conditions...provided that the course in question is observing an active season.

In addition to this release, the USGA has published a comprehensive list of COVID-19-related recommendations and FAQs here. 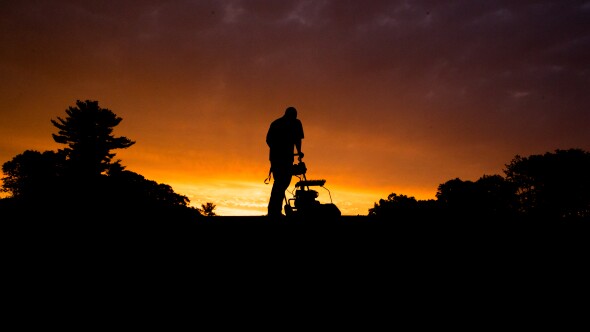 Golf and COVID-19: Latest news on course operations
View the latest news and golf course industry data on the impact of COVID-19 and coronavirus around the U.S. and globally.
Ask GolfPassTrendsGolfPass NewsCoronavirus

When they changed the rule that it was ok to putt with the Flag Stick in... it now makes perfect sense to post scores with pool noodles in place. Raised cups....I don't think so. Now if we can get the USGA to allow carts out ( 1 person per cart ) maybe we can have some fun again and the Golf courses can make some needed Revenue. No carts allowed makes NO sense. You can use a shopping cart in a grocery store, take a bus, train, plane and taxi/ uber . They all know how to clean after use !

hey everyone golf is back but you can't actually get the ball in the hole bc its not safe. Whats next rolling a bowling ball into stationary pins and you can just imagine how many you knocked down and call it a strike? I'm outraged by this call me selfish idc

I'm excited because the Ames course I play with elevated cups now announced due to the flowers around the green and the potential of attracting murder hornets. It is considered good if you just put it on the green. I just recorded a 64 in my Ghin!

sometimes I pretend to remove a loose impediment from the sand, but then I sink a finger to see if the sand is cool underneath. As far as the raised cups, my club has the pool noodles, but I have been removing them when I putt. I set them beside the cup, though, to help the group behind me.

A few years back, I bought some knock off Calloways from this Jackhammer from Ankeny. I reported him to ebay. Anyway, I did buy his putter and I have had good luck with the new elevated cups.

Ryan, I like the elevated tees as well. I chipped one from off the green yesterday and hit. So happy I almost shart my shorts.

I never had understood how to enter the correct scores for handicapping, just too confusing. Do I enter scores after everry round played or just when I feel like it?

I play in Ames Iowa and I like the elevated cups. My scores are getting better

I played with a guy on Sunday at this goat track in Ames Iowa. He kept slamming the ball into the elevated cup and bumbled around the course shooting a 80 something and wouldn't shut up about how good his putting was. He wanted me to have a beer with him after word and I said no thanks.

I don't think you should post if it's a raised cup.

Tim Gavrich
Senior Writer
Now Reading
Ask Golf Advisor: Can you post scores of rounds you play during the coronavirus pandemic?
Search Near Me