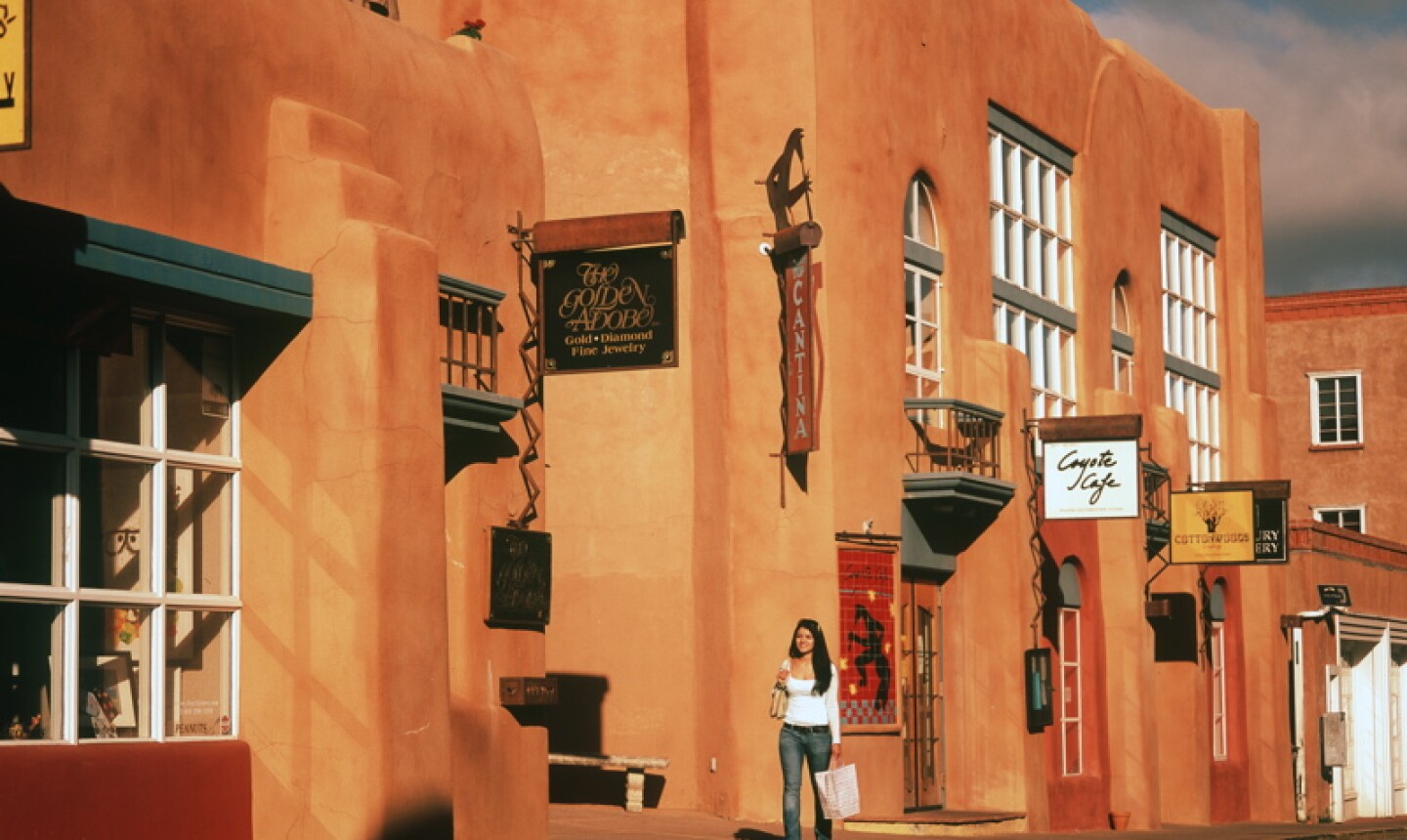 Santa Fe can be a shopper's paradise. Courtesy of santafe.org 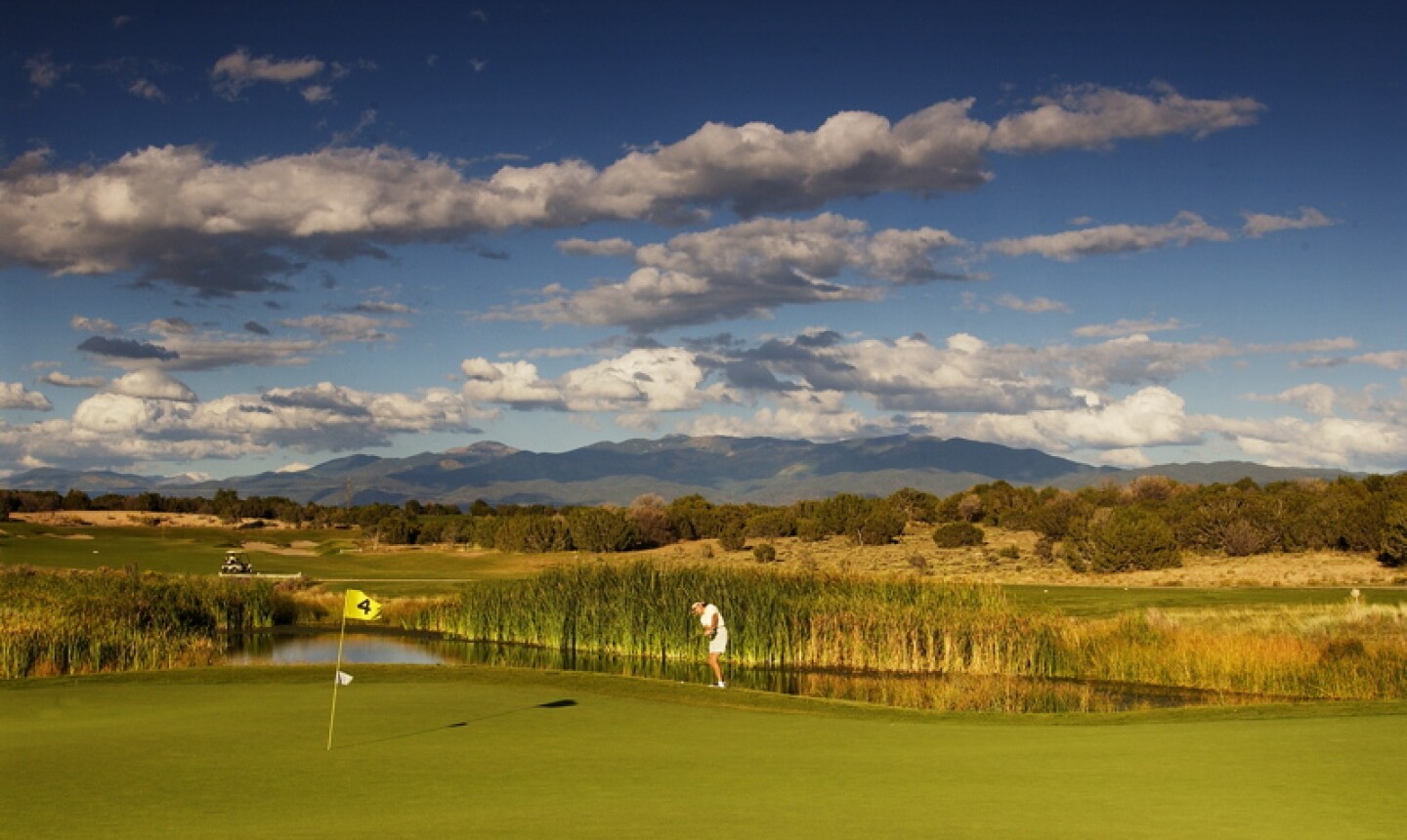 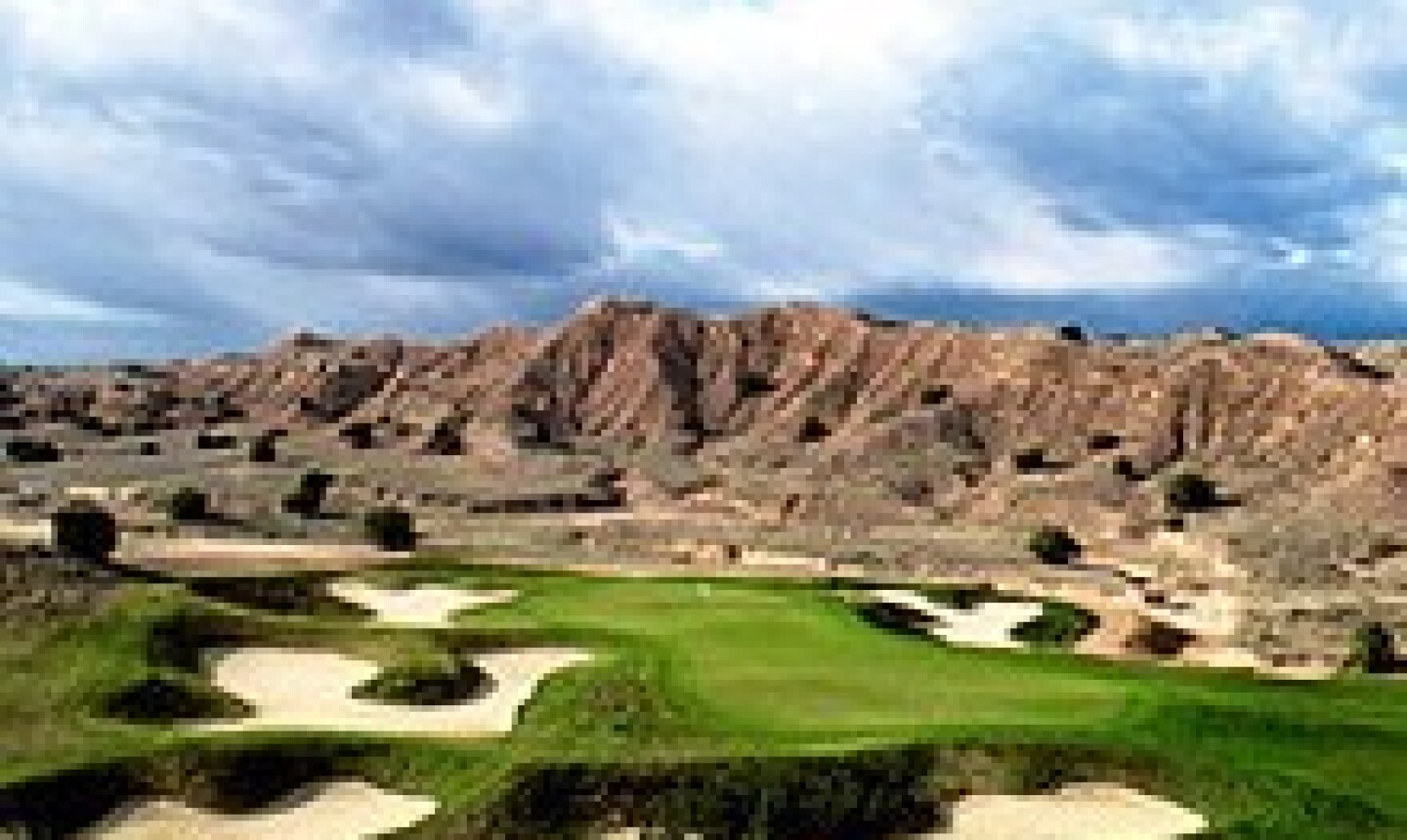 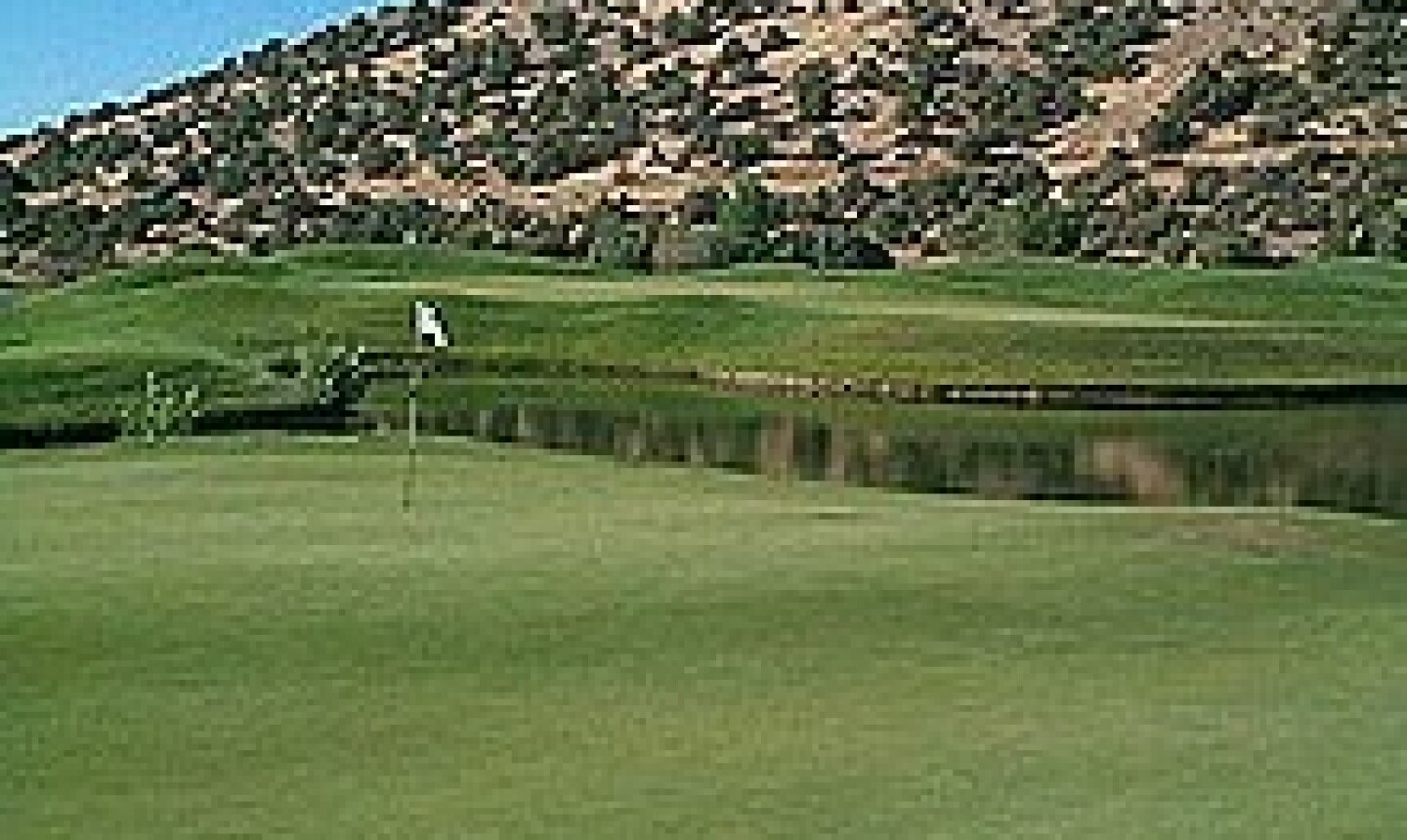 Pinon Hills Golf Course in Farmington, N.M., has been ranked as one of the finest municipal courses in the country. Courtesy of santafe.org 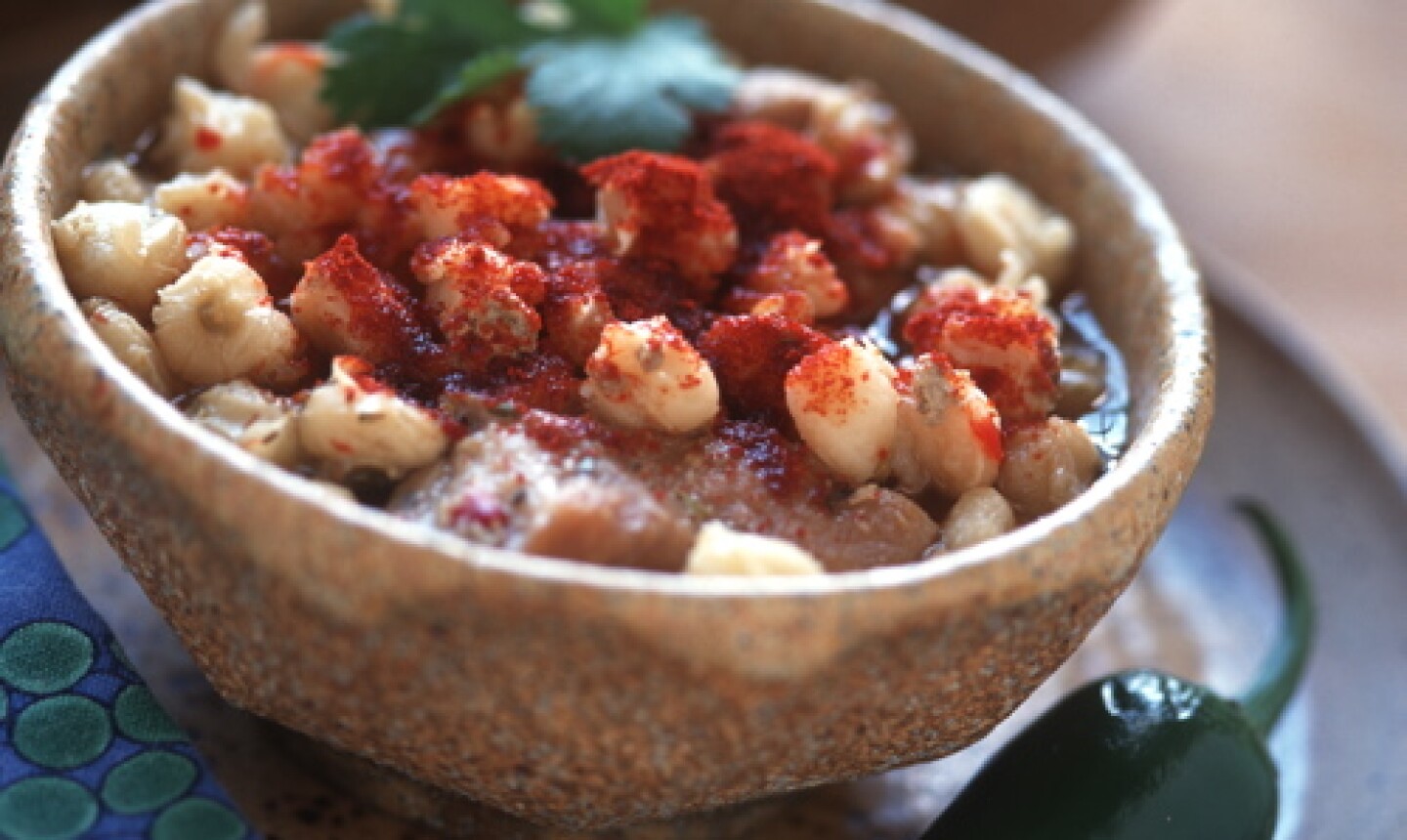 Dishes such as posole, a thick, hearty soup usually made with meat and hominy, can be found on the menu at a few authentic New Mexican restaurants. Courtesy of santafe.org

If you like the outdoors, you couldn't pick a better destination than northern New Mexico with its distinct four seasons.

In the spring, mild summers and fall, you can go fly fishing, hiking, canoeing or play golf in and around the Sangre de Cristo and Jemez Mountains, just north of the capital city of Santa Fe.

During the winter and early spring, there's great skiing, snowboarding and cross-country skiing at locales like Taos, Wildfire and just outside Santa Fe. Although it isn't cheap, you'll find that skiing in New Mexico is more affordable than some of the trendier places farther north in the Rocky Mountains in states like Colorado and Wyoming.

Santa Fe, which means "Holy Faith" in Spanish, is a city of around 70,000 and the cultural arts epicenter of the state and the whole region. It's become a magnet for local talent as well as aspiring and established artists from the entire country.

Also known as "The Different City," Santa Fe ranks as the country's third-largest art market with nearly 300 galleries and dealers. It is also home to more than a dozen major museums and the Santa Fe Opera. It's also a great dining town, with not only basic New Mexican food and Southwestern cuisine but also authentic Italian, French, Asian and other world cuisines.

In the northwest part of the state is the city of Farmington, home to one of the best and most affordable municipal golf courses in the country - Pinon Hills Golf Course. Besides golf, Farmington, N.M. is also known for being the home of the Connie Mack World Series (for baseball players 16-18) for 40 years as well as hosting the National High School Finals Rodeo in 2008 and 2009.

Farmington is also close to the town of Aztec, where you'll find the Aztec Ruins National Monument. The Ruins were mistakenly once thought to be relics of the great 15th century central Mexican civilization. They actually date back to the 12th century and are believed to have been built by indigenous tribes. Today there is a walled village with almost 400 rooms on three levels.

And while the golf courses may be relatively few in number by Arizona and Texas standards, the quality of golf in northern New Mexico is as good as its ski resorts and arts.

Angel Fire Resort Golf Course and Country Club: You'll definitely hit some prodigious drives at this semi-private club in the northeast corner of the state. The elevation at Angel Fire, a 6,645-yard par 72, is 8,700 feet. The green on the 200-yard, par-3 sixth hole is some 200 feet below the tee. The course runs through canyons and mountain meadows with water in play on 16 holes.

Black Mesa Golf Club: Designed by Baxter Spann, Black Mesa is one of those golf courses you won't soon forget after playing it just once. Located just north of Santa Fe, Black Mesa was listed at No. 73 on Golfweek's America's Best Modern Course list and for good reason.

The 7,307-yard, par-72 course is laid out in stark contrast to dramatic sandstone ridges and moon-like rock formations with Black Mesa visible from much of the golf course. You won't find any homes here, just dramatic elevation changes and views of the surrounding mountains as far as the eye can see.

Also designed by Baxter Spann, this 7,415-yard, par-72 championship course has five sets of tees, suitable for players of all levels. Fairways are long and generally concave, with lightly undulating, mid-sized greens. The par-3 course at Marty Sanchez, "The Great 28," was named one of Travel+Leisure Golf's "Top Five Big Little Courses."

Pinon Hills Golf Course: There was a time when you could play this Ken Dye-designed gem for about $11. That was 15 or 20 years ago before the "secret" got out. Today, it's still only $40 or so for out-of-towners to play this Farmington municipal course and worth every penny.

At 7,249 yards, this par 72 features contoured greens and plenty of deep bunkers. Dye, a fine college player himself in his heyday, designs his courses to challenge the best players, and Pinon Hills is no exception. Chosen by Golf Digest in 2002 as the No. 1 public course in America, Pinon Hills is set among scenic mesas in a semi-desert terrain with bountiful pinon trees.

The American Golf-operated facility has also received several accolades from the major golf magazines. Located at 7,000 feet, the course features great views of the surrounding mountains and nearby Taos Box Canyon.

Towa Golf Resort: This 36-hole golf facility at the Buffalo Thunder Resort offers panoramic views of the Pojoaque Valley, Sangre de Cristo and Jemez Mountains. Designed to be played as four independent nine-hole courses, Towa consists of the Boulder Nine and the Pinon Nine, which opened in 2001, the Butterfly Nine (2003) and the Valley Nine (2005).

You'll find pretty much all the hotel chains, but Northern New Mexico and the Santa Fe area specifically are known for their spas, and there are many.

If you're looking for golf where you stay, though, you might want to head up to Angel Fire Resort (www.angelfireresort.com). Whether you're going there for golf or skiing, Angel Fire has spacious rooms, plenty of meeting space and three restaurants, including the Caliente Grill.

The Buffalo Thunder Resort & Casino (www.buffalothunderresort.com) is home to the 36 holes of Towa Golf and the Hilton Santa Fe Golf Resort & Spa. The property features 395 luxuriously appointed rooms, 10 restaurants and a 61,000-square-foot casino with 1,200 slot machines and 22 game tables.

Where to eat in northern New Mexico

In Santa Fe, the dining choices are seemingly endless, but if you're looking for authentic local fare, you might want to try La Casa Sena (www.lacasasena.com). Located downtown in the historic Sena Plaza, La Casa Sena features American Southwestern cuisine and a wine list of more than 1,800 selections.

One of Santa Fe's favorite lunch spots is The Compound (www.compoundrestaurant.com) on Canyon Road, which features indoor and outdoor dining, a fresh seasonal menu and a relaxed pace.

Or you can try the Coyote Cantina (www.coyotecafe.com), an outdoor, rooftop extension of the well-known Coyote Cafe. Also located downtown, this is a casual spot for warm weather dining on great contemporary Southwestern fare.

Getting to and around northern New Mexico

By air, the most popular way to get to northern New Mexico is through Albuquerque International Sunport, which is about an hour south of Santa Fe. Most major airlines fly into Albuquerque. From there, you can rent a car and head north on I-25 to get to Santa Fe and all points to the northeastern part of the state. Or you can take Highway 44 toward Farmington to get to the Four Corners region.

The Santa Fe Municipal Airport is open to private aircraft, and as of June 11, 2009, it is serviced by American Eagle, which offers nonstop flights from Dallas. If you like the train, there's also the New Mexico Rail Runner Express, which carries passengers in and out of Santa Fe between Albuquerque and points south.