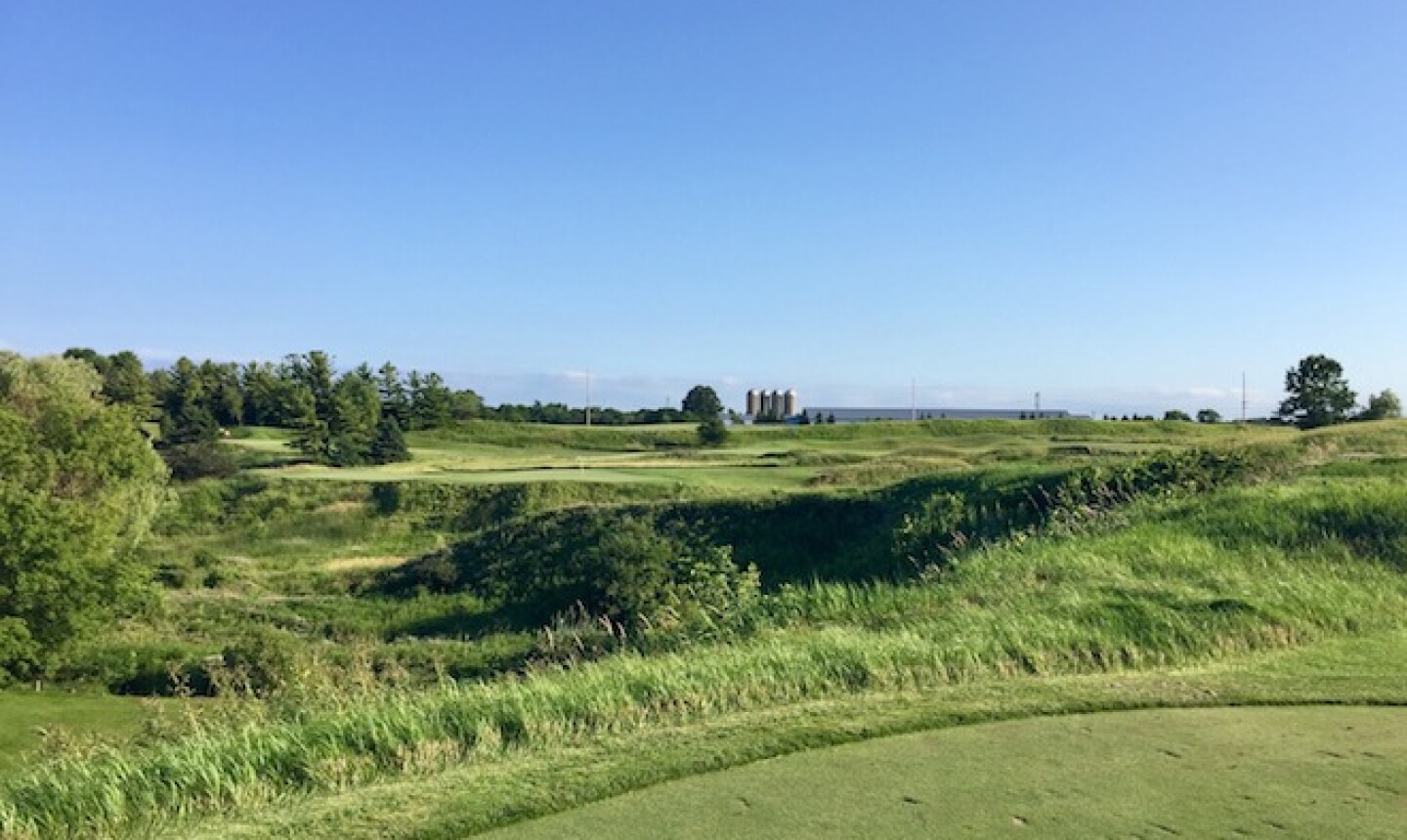 A large number of the absolute best courses - especially on the public and resort side - are at multiple-course facilities.

But there's something else going on here: those top-flight courses tend to have weak supporting casts.

That means if you plan your trips around the "big-name" course, you're underwhelmed by what can be a pretty significant drop-off in quality of the other courses.

Destination Kohler, just an hour north of Milwaukee, stands out as a brilliant exception those disappointing places.

You've heard of the vaunted Straits course at Whistling Straits, host of three PGA Championships, with preparations already underway for its turn hosting the Ryder Cup in 2020.

Golf Digest ranks the Straits #4 on its "100 Greatest Public Courses" list for the U.S. According to Golfweek, it's the 6th-best modern course in the country - public, private or otherwise.

You've also heard of the tough-as-nails River Course at Blackwolf Run, Whistling Straits' sister facility. Golf Digest has the River at #15 on its "100 Greatest Public Courses" list, and Golfweek has it #87 on its modern courses ranking.

So, I spent my recent time at Kohler playing the awesome "other" courses - the Irish Course at Whistling Straits and the Meadow Valleys Course at Blackwolf Run...

And I had an absolute blast playing them.

This course offers everything you could want from a Pete Dye design.

With one exception (the extremely narrow par-4 10th), the fairways are spacious and set at angles to the tee boxes, such that the line you take will depend on your confidence with your driver and your abilities to shape it.

The bunkering is striking and varied in trademark Dye fashion, too. Massive, flat-bottomed expanses of sand guard the likes of the sixth fairway, and they fit with the large scale of the "Meadows" front nine.

But there are also tiny pots that can snare your ball, like the one in the middle of the seventh fairway. The contrasts that Dye establishes throughout the course make it clear that surprises lurk around every turn, making the unfolding of each hole feel thrilling.

One of the best examples of this any-thing-goes sensation comes when the golfer rounds the bend in the fairway of the short par-4 13th. Only a long iron or fairway wood is needed for the tee shot to a wide, humpy fairway.

But as the golfer comes turns left and looks toward the green...

A one-of-a-kind approach - to a putting surface that looks like it's in the sky - reveals itself. The tiny pedestal green is, thankfully, one of the flattest on the course, rewarding a well-played wedge or short iron with a good birdie look.

The rest of the course plays along the banks of the Sheboygan River, serving up its fair share of drama.

The long par-3 15th plays across a majestic, grassy chasm to a wide, shallow green and took my breath away. I couldn't believe I'd never seen it profiled in magazines or online before.

After hitting one's approach over the river and putting out on 18, it's clear that the Meadow Valleys holds its own among resort courses and in Pete Dye's body of work.

Overlook it and you'll be missing out on a seriously stimulating golf experience.

Without a doubt, the Straits is the course that almost every visitor to Destination Kohler comes to play.

It makes sense: it has received gallons of ink since it opened in 1998, and particularly when it hosted the 2004, 2010 and 2015 PGA championships. More of the same will happen in 2020 when the Ryder Cup comes to town.

But what about its sister Irish layout? In my informal poll of golfers I met while staying in the area, I found a number who actually give a slight edge to the Irish.

After playing the course, I could see what they meant.

No one could deny that the Straits has the better views on the property, anchored by its four spectacular par threes that cling to the cliffs above Lake Michigan.

But where it may lag behind in long-range views, the Irish is full of strategic intrigue and just-plain fun golf shots.

Dye establishes the Irish Course's strategic bona fides on the second hole, a short par four where a right-to-left shot off the tee, followed by a left-to-right shot into the green, is the way to play the hole.

This type of "switchback" challenge can be found on many Dye courses, and it is a great way to challenge all golfers.

High-handicap players can tack around the hazards and make an easy bogey, while more skilled players can stick closer to the center in the hopes of making a birdie, but only if they court disaster.

While the Straits has more long-range water views, the Irish is not without its own scenic charms. Coming out of the dunes off the 10th green and bursting out on the par-3 11th tee is a revelation:

From here, the course winds downward, with a terrific mix of holes coming in: three long par fours, one shorter one, another excellent par three and two par fives where any score from eagle to X is in play.

The latter of these is the closing hole, whose green is guarded on the right by an expanse of fairway that rolls downhill, and on the left by a bunker more than 10 feet deep.

It's a terrific send-off to a memorable round.

No, the Meadow Valleys is not the River Course at Blackwolf Run. It's its own animal, with some shots and holes you won't see anywhere else.

No, the Irish Course is not the Straits. But it wanders the interior off the property with drama at every turn and makes you want to play it again as soon as you're finished.

Play them both, and let me know how you think these sterling Destination Kohler layouts stack up to their more famous siblings.

I have played both the Irish and the straits. I think the the Irish is a better course for the bogie golfer. I would not miss either; however, expect more frustration on the Strsits.