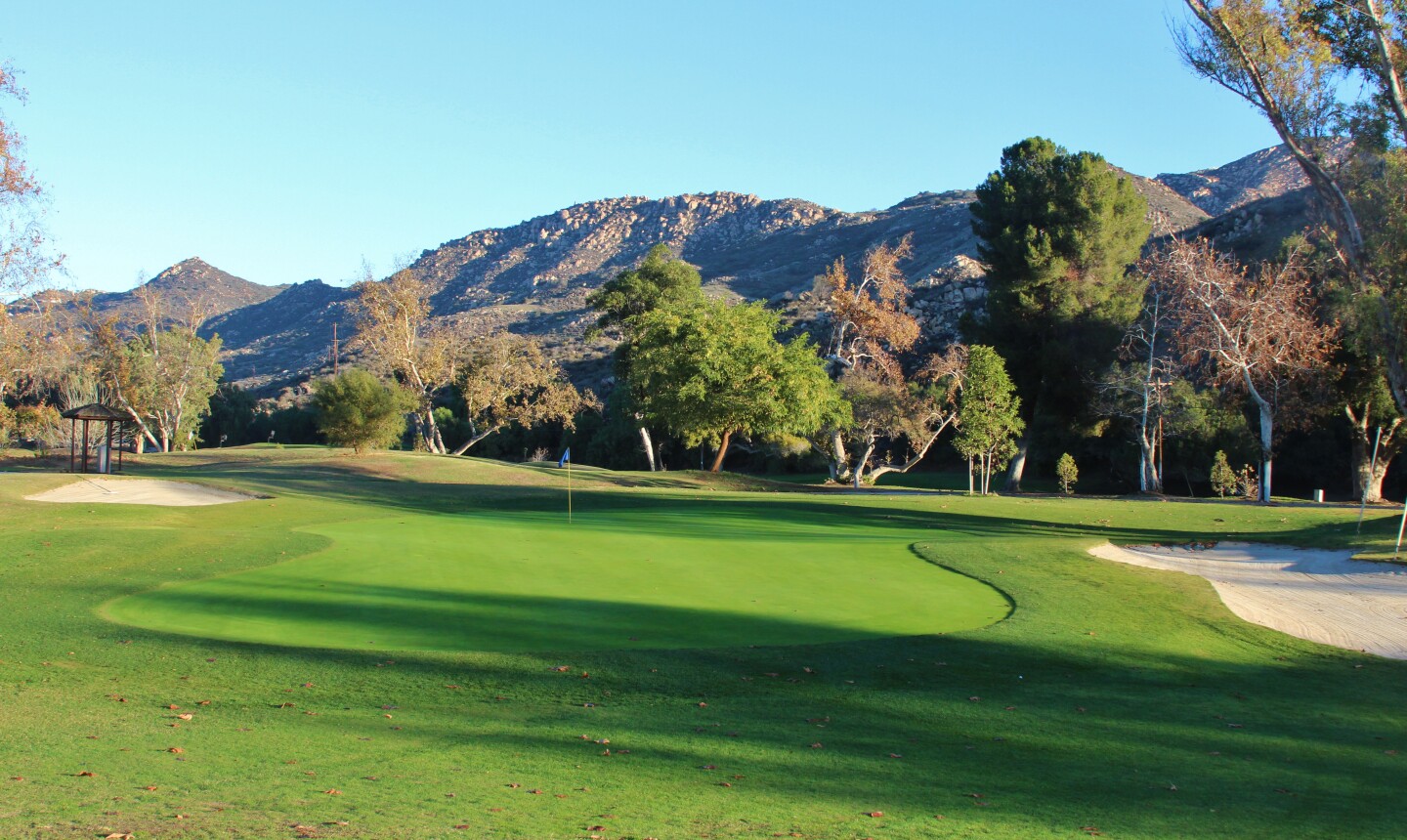 If players survive the pond off the tee, they can attack the short par-5 fifth hole on the Willow Glen Course at Sycuan Golf Resort for a good chance at birdie. Jason Scott Deegan/Golf Advisor 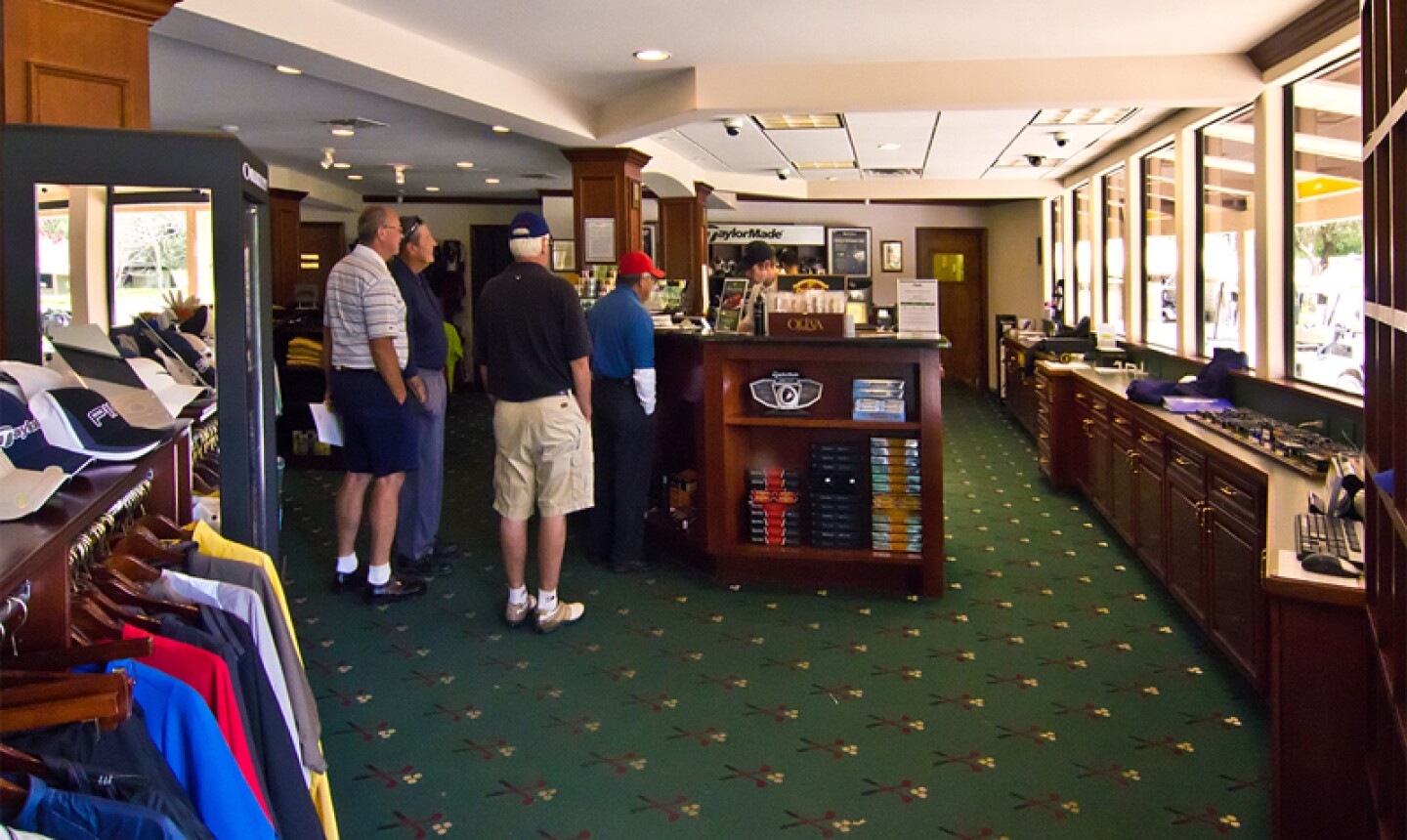 The pro shop at Sycuan Golf Resort is a hot spot. Reserve your tee time in advance. Oleg Volovik/Golf Advisor 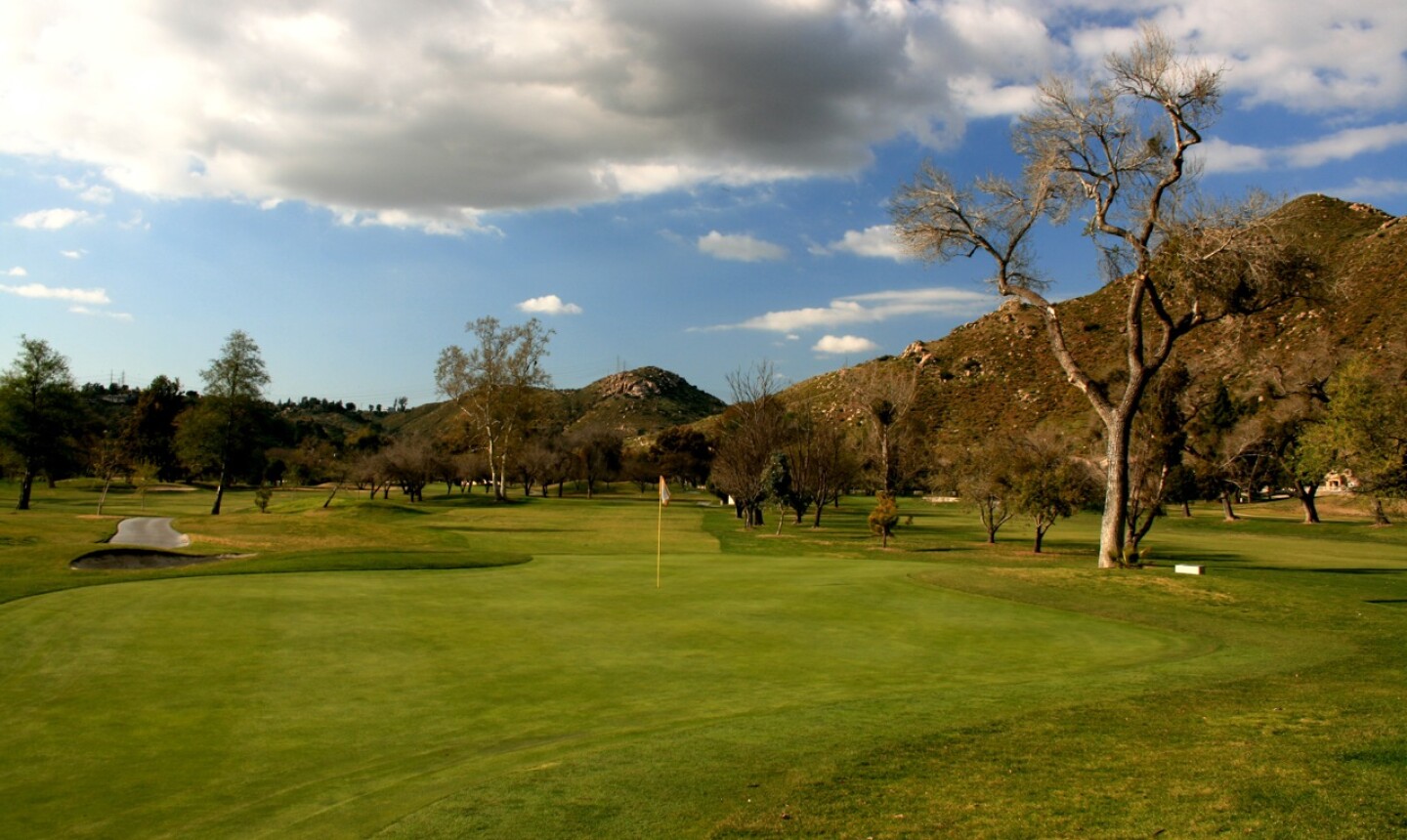 EL CAJON, Calif. -- The nickname of the "singing valley" has stuck with the beautiful Dehesa Valley northeast of San Diego.

It's been said that, years ago, people throughout the valley could hear singing coming from the local church. The sounds would echo off the rocky mountain walls and carry.

Sounds of a different kind can now be heard throughout the valley -- the "whack" of a well-struck tee shot and a "jingle" of a slot machine. While much of the valley is still largely undeveloped, the Sycuan Golf Resort and Sycuan Casino are its economic engines. The two properties, located three miles apart, are owned by the Sycuan Band of the Kumeyaay Nation, bringing thousands of golfers and gamblers into the region every year.

With 54 holes, Sycuan (pronounced "se quan") is California's third-largest golf resort (behind only Pebble Beach Resorts and La Quinta Resort & Club/PGA West), so why is it not more well known?

More luxurious resorts on the coast get more publicity. There are also so many strong courses in San Diego County alone that it's easy to get lost in the shuffle.

Sycuan's strengths are its convenience and value. All three courses -- Willow Glen, Oak Glen and the executive Pine Glen -- operate out of one well-stocked pro shop. None of them are championship-caliber in length, but for most of us, they're plenty good enough. All three were redesigned by Ted Robinson Sr. in the 1980s when they were called the Singing Hills Country Club.

Some nice elevated tees (fourth and 15th holes) and a signature par 3 at the 12th, featuring a pond and waterfall, make the 6,651-yard Willow Glen the most popular choice. Several other par 3s play over the Sweetwater River (which was dry due to the ongoing drought when I visited in December).

The 6,994-yard Oak Glen showcases a unique routing of three par 3s and three par 5s. Pine Glen starts out with its hardest hole, one of only two longer than 200 yards. Thankfully it gets more forgiving and fun from there with a nice mix of yardages and shots.

All 100 rooms are located in separate buildings, a short walk from the pro shop and restaurants (like Echo's Lounge) in the clubhouse. There's a fitness center, the Primrose Spa, tennis courts and an outdoor pool and hot tub on this side of the property.

My room was probably the most comfortable of the three resorts I visited during a recent golf trip to San Diego. The furnishings, including a large desk and two beds, seemed new and clean. My balcony overlooked a lawn near the pool. I could have easily felt at home for more than just one night.

A free shuttle is available from the golf resort to the casino, once a small "Bingo Palace" that's grown into a major gaming hotspot. Renovations and additions in 2012 and 2015 have created space for more than 2,000 slots or video poker machines, more than 40 gaming tables; bingo; numerous restaurants; and a 457-seat entertainment venue that hosts national musical performers and comedians (Sinbad and Blue Oyster Cult are coming in January).

I like that more than 800 slots and table games are located in a fully-enclosed non-smoking room -- complete with its own separate entrance and Paipa's Surf & Turf buffet. The GameDay Sports Bar & Grill serves almost as many beers on tap (32) as it does large-screen TVs (39). Between the golf and the gaming, the action runs 24-7 at Sycuan.