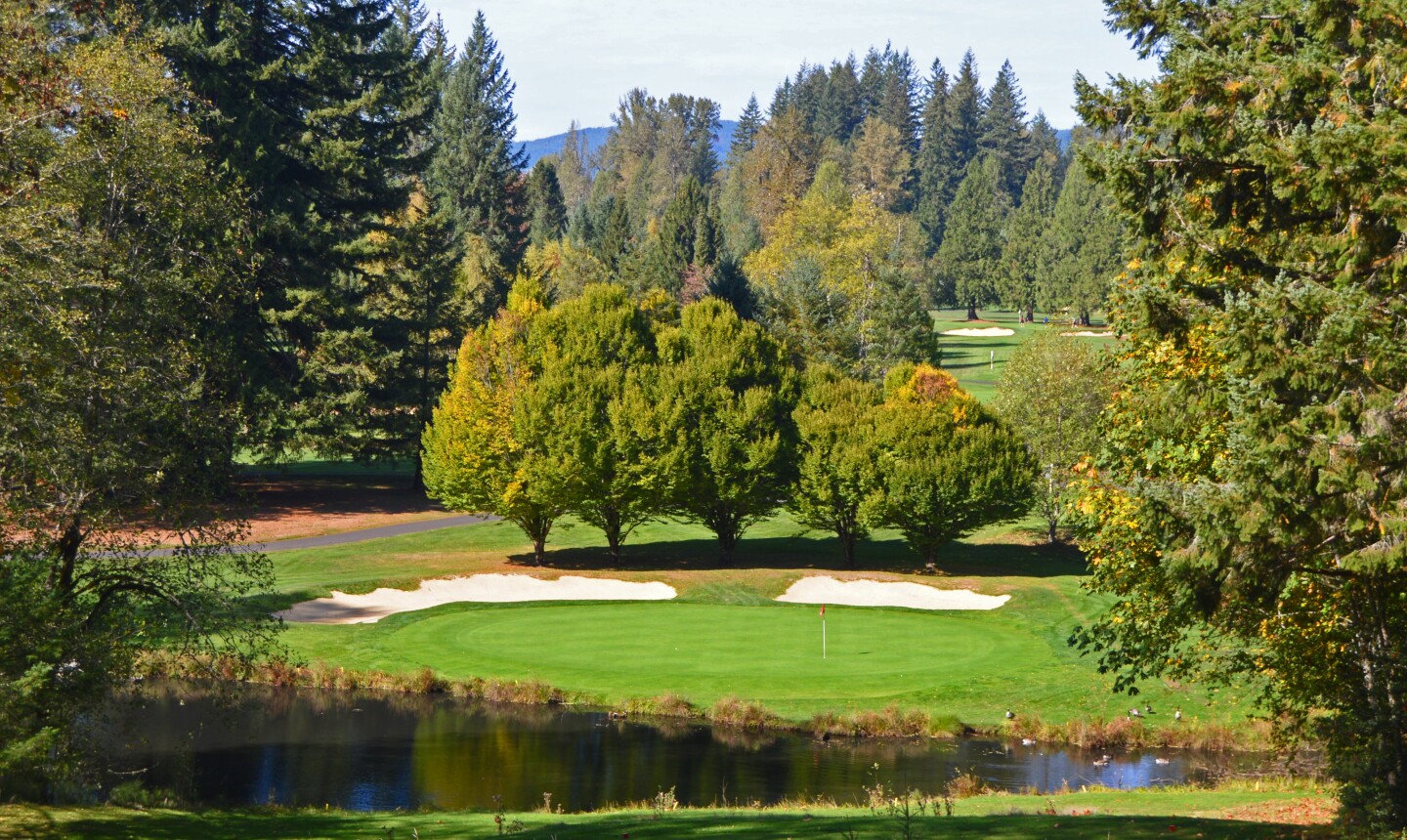 The Resort at the Mountain has a fantastic setting and is great value. Mike Bailey/Golf Advisor 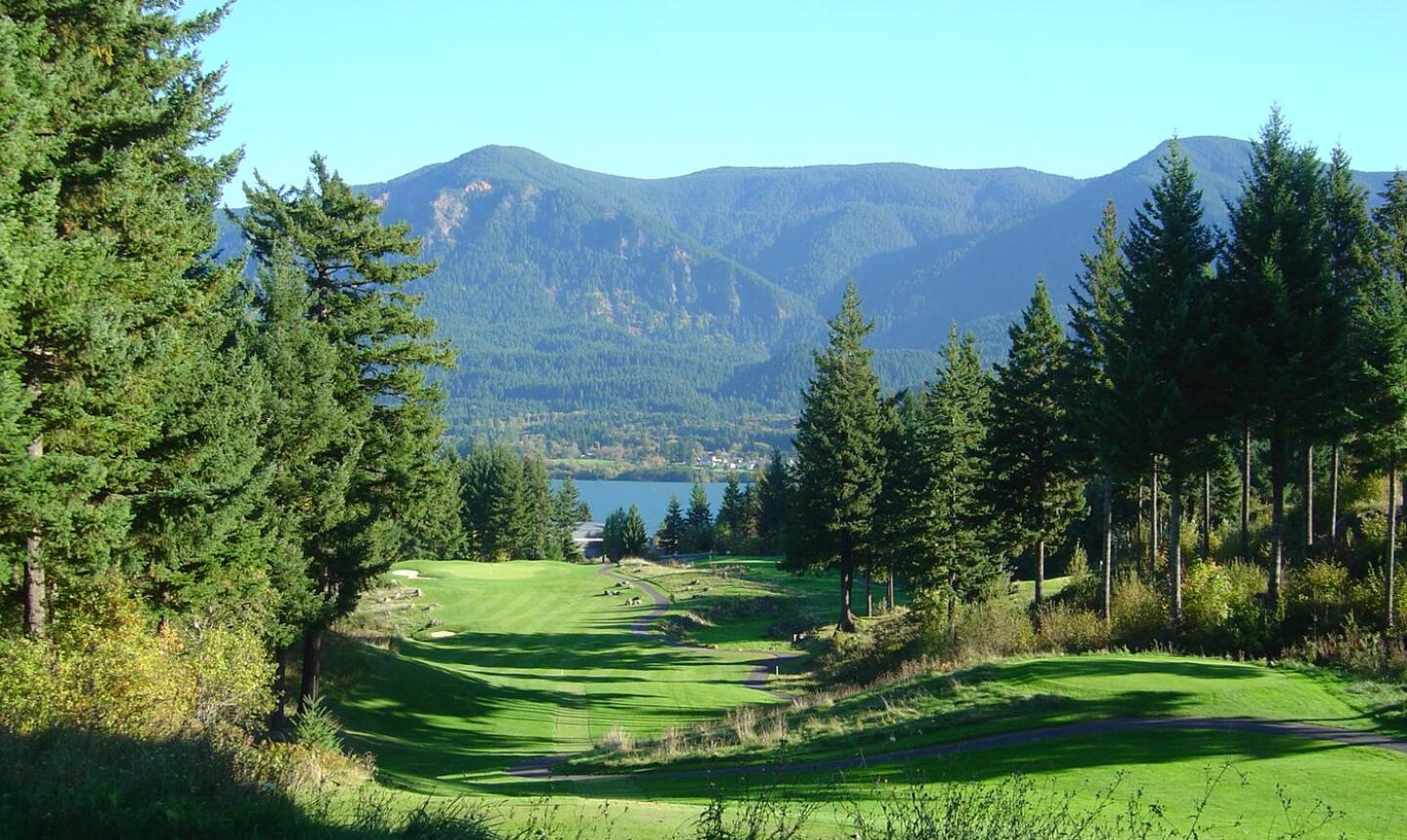 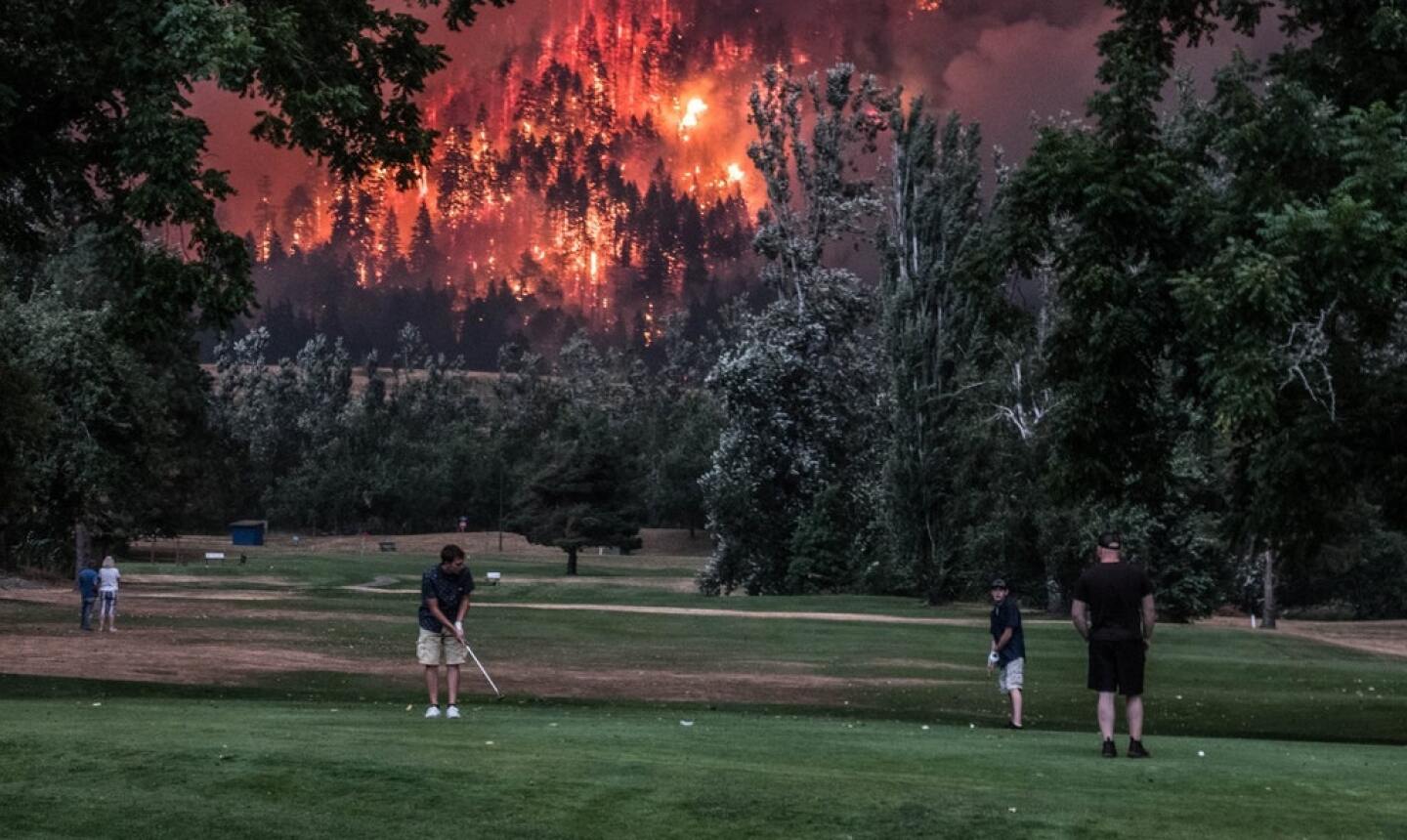 This image - posted to @reddit by 'kolsefur' and reportedly taken by Kristi McCluer - is of the Beacon Rock Golf Course, which is on the Washington side of the Columbia River Gorge. Courtesy of Reddit

Guy Puddefoot has seen his share of natural disasters since 1993 as the director of golf operations at a golf outpost in one of the most rugged and beautiful regions of the American west, the Skamania Lodge Golf Resort in Stevenson, Wash.

Nothing tops the wildfires that are currently raging out of control across the Columbia River Gorge in Oregon.

"We've had some major landslides and flooding from snowstorms followed by rain storms that were dramatic," he said during a phone interview Wednesday. "But nothing like this fire due to its unpredictable nature and the lives at risk from those fighting it and those living in harm's way."

Recent reports have indicated the Eagle Creek fire has merged with the older Indian Creek fire, scorching up to 31,000 acres since igniting five days ago. Interstate 84 between Troutdale and Hood River remains closed.

So far, none of the region's golf courses have sustained any damage, despite the dramatic photo of the Beacon Rock Golf Course in North Bonneville, Wash., that surfaced on Reddit and was taken by Kristi McCluer according to a story at Golf.com.

Recent reviewer said WA's Beacon Rock is the "most scenic course in the PacNW." That was before this now-famous pic: https://t.co/N7ktZlOTr7 pic.twitter.com/PqFNHbZ1ne

A man who answered the phone Wednesday at Beacon Rock indicated the course wasn't in any danger, then added there were no golfers outside, either. "Too much smoke," he said before abruptly hanging up.

Puddefoot said he noticed the glow of the fire driving into work earlier this week. He estimates the flames got within a mile of the course at one point.

"When I came to work the day after it started, yes, you could see the whole hillside on fire," he said. "Since then, it moved west. Now you can't see across the river. You can't see where the fire is. It is just completely smoked in. It was a bit of a shock to see it. It was a heart-in-the-stomach moment."

A few golfers were playing the course Wednesday, despite the thick smoke. "The smoke is heavy enough that it stings your eyes," he said.

Heavy smoke and ash is impacting courses as far away as the Hood River Golf & Country Club and the Dalles Golf & Country Club farther east. If there is a saving grace in all this, it's that there are few residences, businesses and courses where the fire is burning. See the map below, courtesy of a government website that currently lists dozens of active wildfires in the west.

Lainey Brandt, whose family has owned Hood River for roughly 30 years, said a few golfers were out on the course Wednesday. Normally, the course delivers stunning views of Mount Hood, which was hidden from sight.

"There is ash falling from the sky," she said. "I've had ash on my car and the carts. It is everywhere. It's just really smokey. The smoke is really bad. It makes you cough and your eyes water. People are staying inside."

South of the fire, the Resort at the Mountain, a 27-hole golf resort in Welches, Ore., is housing people who have been evacuated.

Puddefoot said the fire is just another blow in a long line of bad weather and worse luck in 2017.

"Ninety percent of people are cancelling tee times with the smoke," he said. "It's been a tough year. We had the snowiest winter we've ever had, the wettest spring we've ever had and the hottest summer on record. It has been a 1-2-3 punch to what is already a challenging industry."