A slew of major sporting events - including an ongoing commitment to golf - have made Vegas the place to be for any sports fan.

NORTH LAS VEGAS, Nev. - I'm standing feet from the best women golfers in the world and nobody's around to disturb me from watching their brilliance. No marshals. No other fans. No rules officials.

It's just me and a front-row ticket to the action at the 2022 Bank of Hope LPGA Match Play at Shadow Creek, the exclusive green oasis owned by MGM Resorts just minutes from the Strip. This isn't just another LPGA Tour event. It's a small but important piece in a massive push by MGM (and others) to transform Las Vegas into the sports capital of the world.

Las Vegas is pushing its chips all in on hosting large-scale sporting events as its next big thing. For decades, the fear was that mixing sports with gambling in Las Vegas would lead to crime and corruption. Now, in typical Vegas fashion, the question is: How big can we go and how fast can we get there?

As I found out during a memorable Memorial Day weekend stay, mixing sports and endless entertainment is a winning bet for fans of whatever game's in town. It's not just boxing, MMA and golf anymore.

"They are basically city takeovers," said Lance Evans, MGM's senior vice president of sports & entertainment, of the city's ambitions around hosting big sporting events. "It allows more fans to see their team in different cities. ... It's not just about the game. It's all about what is around afterward."

Las Vegas as a sports destination

Las Vegas has always found ways to reinvent itself ever since gambling first attracted people to The Strip in the 1940s. Live entertainment was added in 1950s and continues today with extended residencies for mega-stars. Next came the foodie scene as mega-casinos were built skyward in the go-go 1990s and early 2000s. The first lavish pool party launched in 2004. They continue to rage in the sun daily from late April through October. The attempt to market Vegas' family-friendly side was a notable swing and miss along the way. But this next step could be its biggest bet yet: live sports bring visiting fans ready to support their favorite teams. Even if they aren't gambling, they're spending money to be entertained in unique Vegas style.

Evans said MGM is involved in virtually every sporting event that comes to Las Vegas, whether that's sponsorship or other support.

Things have progressed quickly since 2017, the year the NHL's Golden Knights came to town. The Raiders made the move from Oakland to Las Vegas in 2020, opening the door for the NFL to go all-in on Las Vegas, hosting the draft and Pro Bowl here in 2022, with the city's first Super Bowl to come in 2024. It seems just a matter of time before MLB and the NBA follow, according to Yahoo Finance. Formula 1 will create a 3.8-mile-long track for the first time to race on the Strip in 2023.

Golf has always been part of the fabric of Las Vegas, dating to its first PGA Tour event in 1953 and the nearly four-decade run of the Shriners Hospitals for Children Open since 1983. TPC Summerlin, the long-time host, is currently undergoing a six-month renovation to upgrade all the course's infrastructure. It will reopen this fall to host once again.

The game's influence only continues to grow. Both Shadow Creek and The Wynn have hosted Capital One's The Match in the past five years, although nothing will top the spectacle of the first when Phil Mickelson beat Tiger Woods in a playoff under the floodlights at Shadow Creek in 2018.

Shadow Creek hosted its first PGA Tournament, the C.J. Cup in 2020. The LPGA Tour has been visiting the area off and on since 1966. There's discussion under way about opening up more access to fans for the Match Play in the future. Currently, only VIPs within the new MGM Rewards program could access a couple hundred coveted tickets this year. They were pampered with free food and drink in hospitality tents at key spots on the Tom Fazio-designed course.

Could Shadow Creek ever take the ultimate step and host a golf major? General Manager Monte Montgomery thinks so. When I expressed skepticism about the logistics, he said: "There's always a way to get something done. If it was ever going to happen, we'd make it happen."

Translation: If the money talks loud enough, the United States Golf Association or PGA of America just might listen.

The Strip: A sports fan's dream 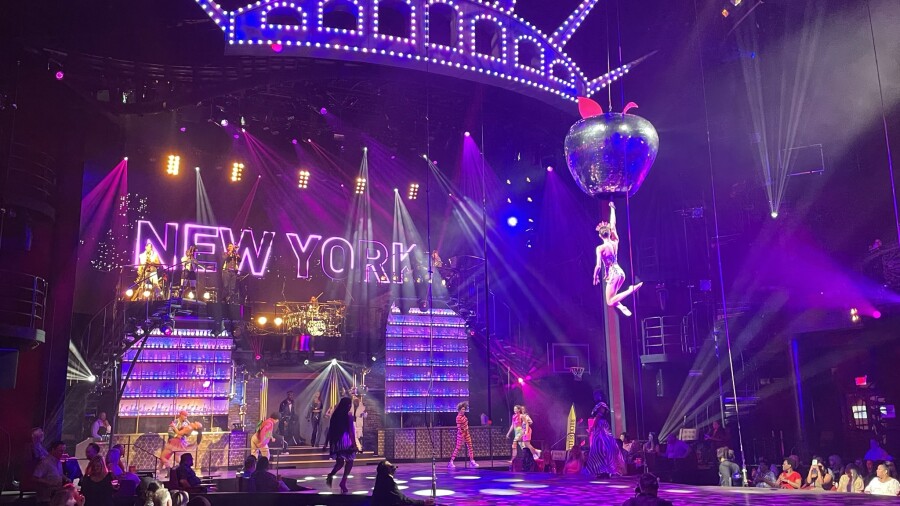 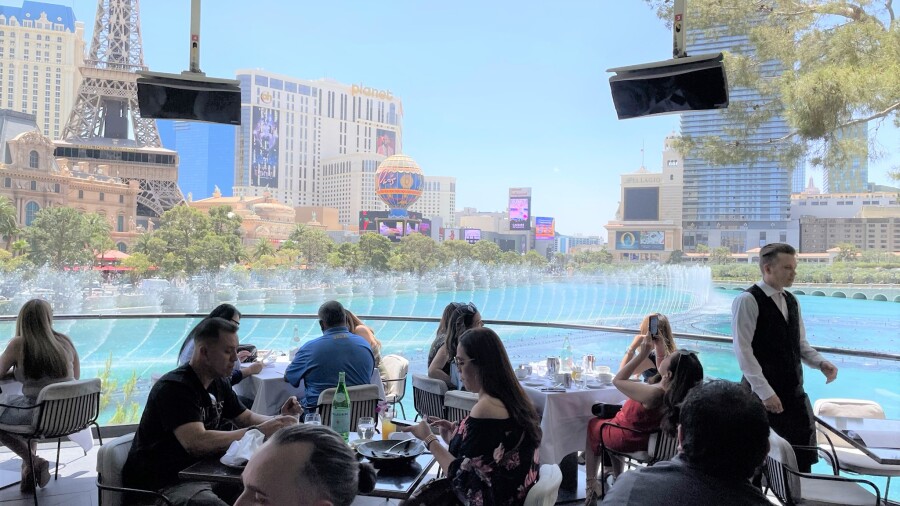 Brunch on the patio at Spago in the Bellagio is a spectacle with the fountains complemented by excellent food. Jason Scott Deegan/GolfPass 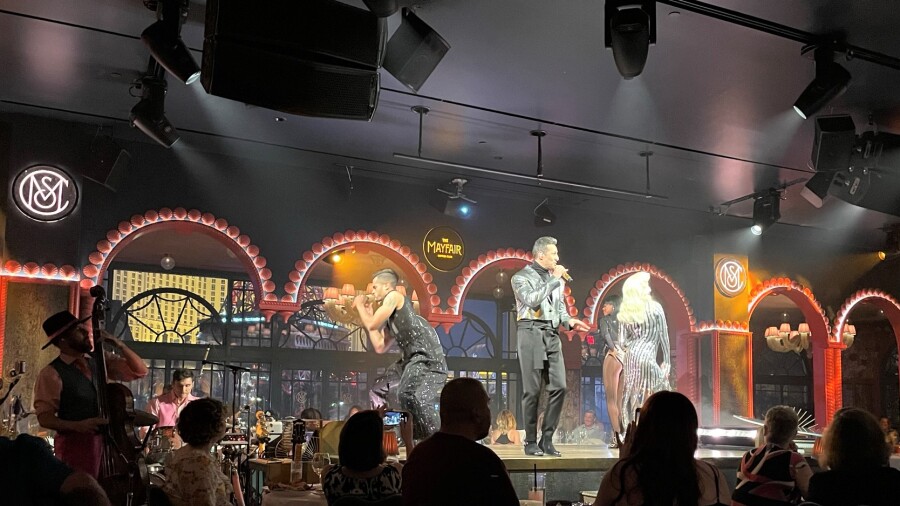 It's easy to see why sports fans flock to Las Vegas. The venues are so modern, and the climate almost always warmer than home. T-Mobile Arena (for hockey and concerts) debuted in 2016. Football's Allegiant Stadium followed in 2020. There's also a proposal to build a new basketball arena 10 minutes from The Strip. The Oakland A's are in active negotiations to relocate to Las Vegas and stadium sites could be announced within a few weeks, according to Fox 5 KVVU-TV in Las Vegas. If you can't land a ticket, casino sportsbooks also provide great energy for watching any game.

I had a blast exploring Shadow Creek during the Match Play for the first time since I played it in 2013. As fun as it was, nothing compares to the action on The Strip after the golf. I stayed in the Aria Resort & Casino's Sky Suites, which not only offer guests spacious accommodations that feel like high-rise apartments but free food and drink in a VIP lounge just off the casino floor and their own pool outside.

The Vegas food scene rivals the most cosmopolitan cities in the world. It's incredible how often restaurants I've never heard of turn out to be some of my favorites. The Mayfair Supper Club at Bellagio and Best Friend at Park MGM deliver deliver great food and incredible atmospheres, too. Mayfair feels like a swinging Prohibition-era jazz club with singers and dancers energizing the crowd as people dine. Best Friend, a Korean BBQ with an attitude, is funky personified thanks to a live DJ flowing old-school rap and hip hop and a menu of spectacular tastes. Don't skip the spicy pork, short rib tacos, street corn or the Kimchi fried rice. If you're a sushi lover, Morimoto is another great choice in MGM Grand.

The Bellagio is home to a pair of popular local breakfast/brunch haunts: Sadelle's and Spago by Wolfgang Puck. Sadelle’s had a line halfway down the hall for good reason, notably killer Eggs Benedict. Spago's brunch serves anything from fluffy french toast to loaded thin-crust pizza. Watching the famous fountains come to life at noon from the patio requires reservations well in advance.

After dark is where Las Vegas shines brightest. I caught the second performance of the new Cirque du Soleil show, Mad Apple, at New York-New York. It's a wild spectacle of comedians, beautiful singing, sexy swinging and surprise acts, all centered around the street life in the Big Apple. Las Vegas residencies are all the rage for popular acts like Silk Sonic, where the duo of Bruno Mars and Anderson.Paak dance, sing and jam on the drums at the Dolby Live amphitheater in Park MGM. Usher and Aerosmith are next in line.

Sin City can be relaxing, too. Booking a treatment in the Spa at Aria allows guests to stay all day to enjoy the private outdoor pool on a balcony or stay inside to use the steam room, sauna and hot and cold tubs in the locker rooms.

If you're looking to tee it up, I've played nearly 20 top area courses in the past decade. Here's my recommendations for the 10 best local golf experiences. Like the restaurants or casinos, there are so many options. That's Vegas - something for anyone anytime, from $50 bargain tee times to a $1,000 splurge like Shadow Creek. It's a choose-your-own-adventure vacation, all anchored by the big game.

What sporting event would entice you to visit Las Vegas? Let us know in the comments below. 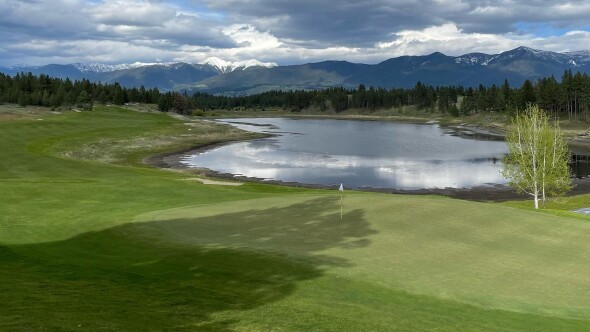 Articles
4 Min Read
June 2022: Secrets from the World of Golf Travel
One of the world's premier courses is set to be renovated - and other notes - in this month's secrets column.