Golf packages: Play where the pros play, and save some money, at these warm-weather PGA Tour stops 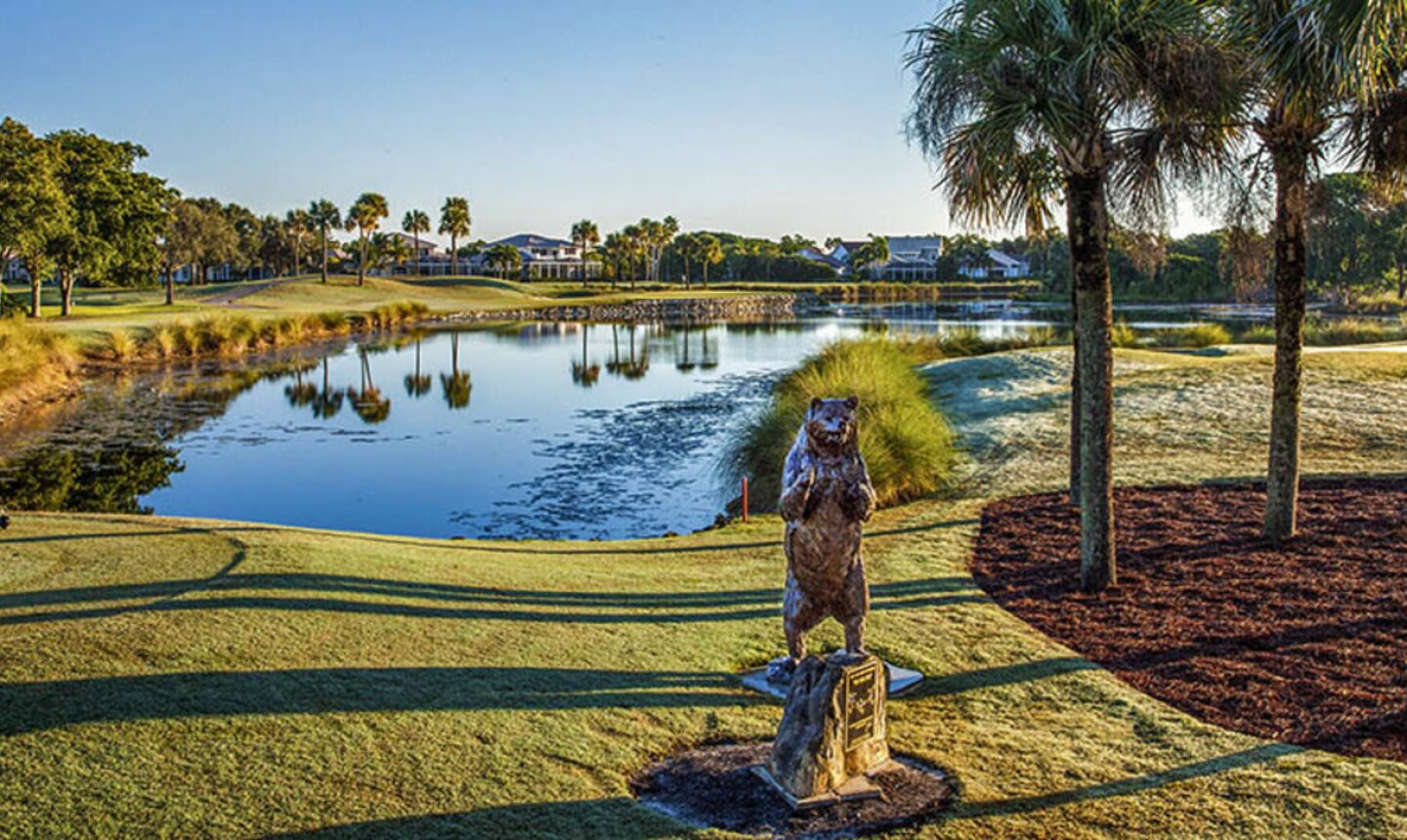 The 15th tee on at PGA National's Champion Course, complete with statue and plaque, begins the Bear Trap. Courtesy of PGA National Resort and Spa 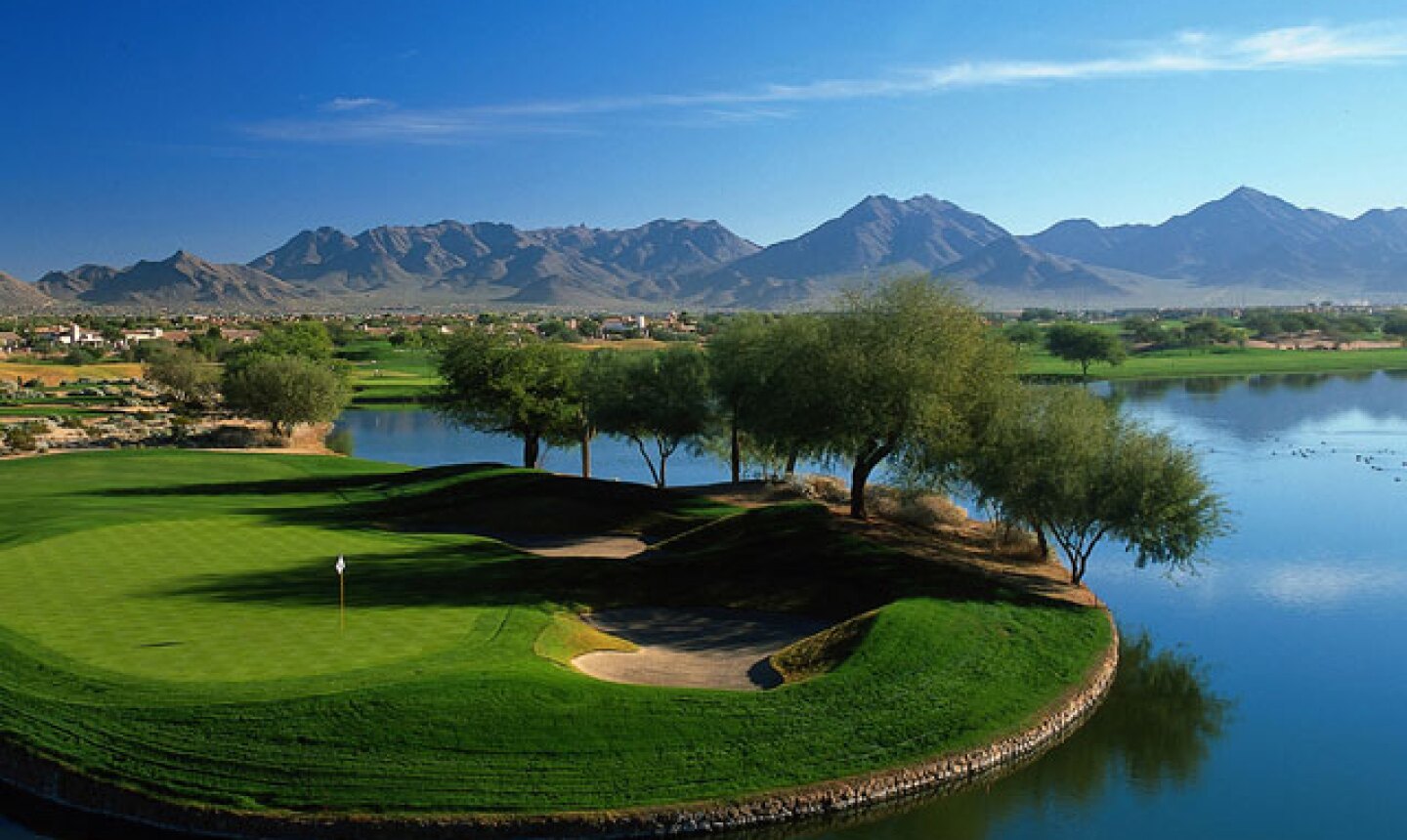 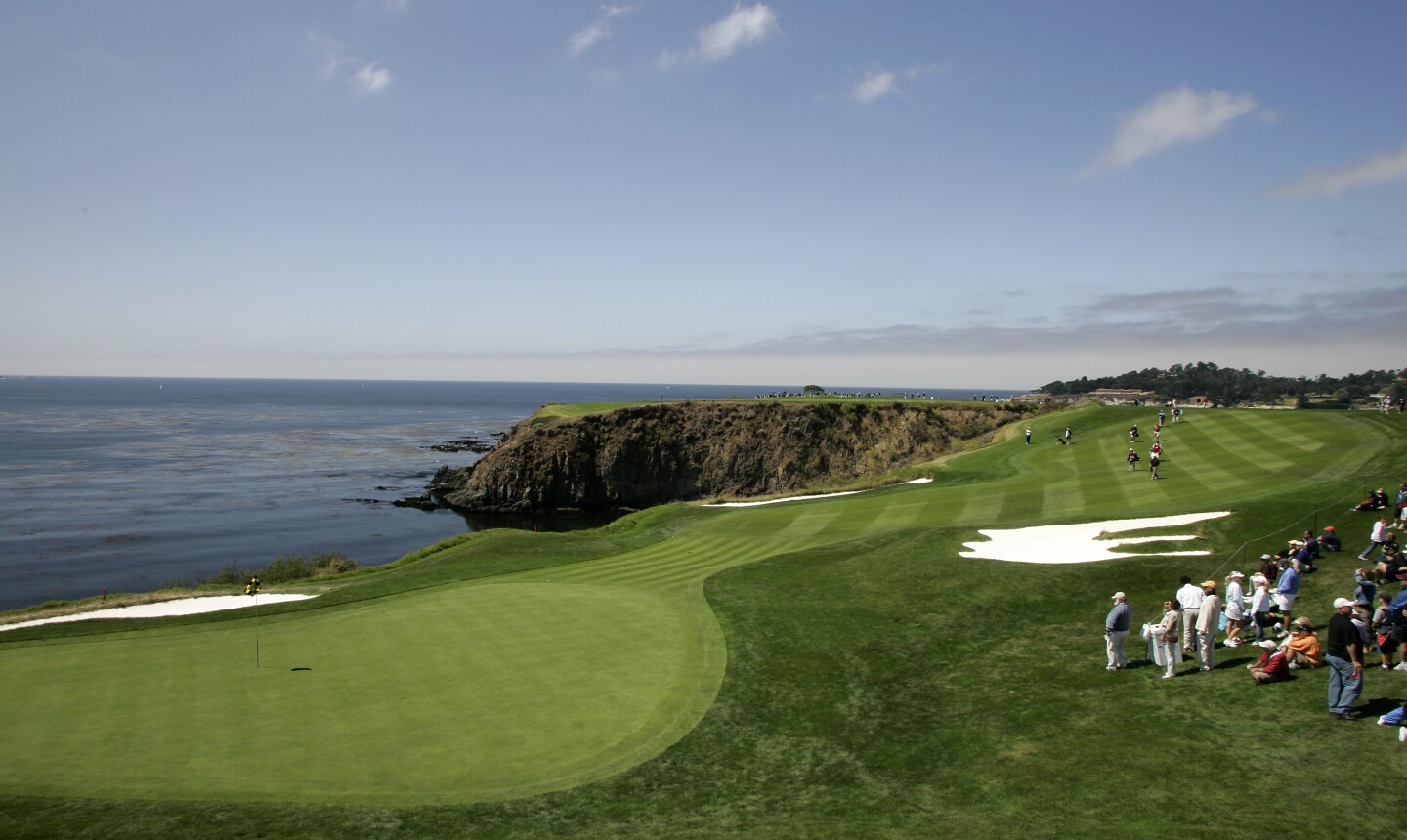 Every golfer wants to play where the pros play.

But are you bold enough, or good enough, to play where the pros play under tournament-like conditions? The Bear Trap awaits.

The PGA National Resort & Spa, home of the PGA Tour's upcoming Honda Classic, has unveiled the "Sneak Peek Golf Challenge," a package where a limited number of golfers will get a once-in-a-lifetime chance to play the iconic Champion Course under the same conditions as the game's best.

Starting at $1,350 (per person, double occupancy) or $1,500 (per person, single), the package includes a round on the Champion Course on Friday, Feb. 17, the day the course is turned over to tournament officials for the event, set for Feb. 20-26. It also includes a PGA Tour driving range experience, breakfast in the official Honda Classic player dining area, caddie with personalized bib, the new Callaway driver or $500 shopping credit on CallawayGolf.com, on-course beverages and snacks, lunch, prizes, deluxe gift bag and one-night accommodations (either on Feb. 16 or Feb. 17). Partial proceeds will support the second phase of construction for the Els Center for Excellence.

For comparison's sake, I shopped around for other packages at resort courses that host the pros in warm-weather locales from January through March. I stuck with the continental United States excluding Hawaii (the SBS Tournament of Champions at Kapalua on Maui) and Puerto Rico (the Puerto Rico Open on March 23-26). Mike Bailey's story in January covered Harbour Town.

Much like Harbour Town's current packages at Sea Pines that reduce the green fee significantly, it often makes more sense to book a stay-and-play package than book an a la carte green fee. Here's a sampling:

Golf packages at this luxury resort nearest the Stadium and Champions courses at TPC Scottsdale actually allow guests to choose two other courses, Raptor or Talon at Grayhawk Golf Club, the former home of the Frys.com Open. Its golf concierge will arrange your round whenever you like. Obviously, most want a crack at the Stadium Course, home of the Waste Management Phoenix Open.

Transportation to and from either Grayhawk or TPC Scottsdale is an added bonus. Through the hotel's online search engine, I found rates from $999-$1,041 per night during the month of February. High season in the Arizona desert means paying a premium, but the great weather and lush course conditions, thanks to overseeding and a recent renovation of the Stadium by Tom Weiskopf, probably make the splurge worth it. Or, for a lower hotel rate, you can book the Stadium Golf Package and stay at the nearby Marriott McDowell Mountain, which includes the Stadium for as low as $330.

Once again, the CareerBuilder Challenge (the old Bob Hope Classic) relinquished another 59, this time in January by Adam Hadwin. The TPC Stadium Course at PGA West -- a Pete Dye torture chamber in California's Coachella Valley -- probably won't be so forgiving to amateurs.

Golf junkies can jump on the "Unlimited Golf" package at the Waldorf Astoria resort, choosing from three courses at PGA West, including the 2015-16 CareerBuilder hosts, the TPC Stadium Course and the Nicklaus Tournament course, plus the Mountain and Dunes courses at the resort. Rates start from $349 per night for a single to $429 per night for a twosome.

The Lodge at Torrey Pines

You've probably heard by now how difficult it is for nonresidents to get tee times at Torrey Pines in La Jolla, Calif., whether it's the South course (host of the 2008 U.S. Open) or the revamped North course, which just reopened after a renovation by Weiskopf. Brandon Tucker spells it out here.

Skip those problems with a package at the Lodge at Torrey Pines, a luxury retreat overlooking the courses. A "Play Where The Pros Play" three-night package with a round on each course starts at $445 per person per night. The "Putt and Pamper" and "Golf, Dine, & Wine" packages start at $525 and seem to be aimed at couples who love the spa (two treatments in the Pamper package) or wine (a $300 dine and wine credit).

This famed resort on California's beautiful Monterey Peninsula has a Winter Stay & Play package that runs through March 31. Staying at the Inn at Spanish Bay ($2,095) costs less than the Lodge at Pebble Beach ($2,435) for two nights. Both offer a round on Pebble Beach; a round on The Links at Spanish Bay or Spyglass Hill Golf Course; and a $100 resort credit.

Pebble Beach is gearing up for the 2019 U.S. Open and its 100th anniversary by upgrading rooms and building new ones. This winter has been wet, leaving Pebble Beach and Spyglass lush and green for the AT&T Pebble Beach Pro-Am Feb. 9-12.

Another tournament on the Florida swing, the Valspar Championship, set for March 9-12, visits the recently refurbished Copperhead Course at the Innisbrook Resort & Spa in Palm Harbor, Fla. Kill two birds with one stone -- play a bucket-list course and win over the spouse -- with the "Relaxing Romance Valentine's Weekend" package for two. Costing between $199-$229 per person, per night, couples receive a 50-minute couples massage, chocolate-covered strawberries and champagne upon arrival, a $70 dinner credit and breakfast for two.

Tiger Woods on the par-5 sixth hole at Bay Hill

Sadly, guests won't run into Arnold Palmer any more at this historic Orlando resort, host of the Arnold Palmer Invitational since 1979, five years after Palmer bought Bay Hill. Still, we owe it to The King, who passed away Sept. 25, 2016, at age 87, to keep his legacy alive by supporting his resort and tournament.

Tim Gavrich
Senior Writer
Now Reading
Golf packages: Play where the pros play, and save some money, at these warm-weather PGA Tour stops
Search Near Me