Golf travel in Australia: Ten firsts on a vacation to Queensland 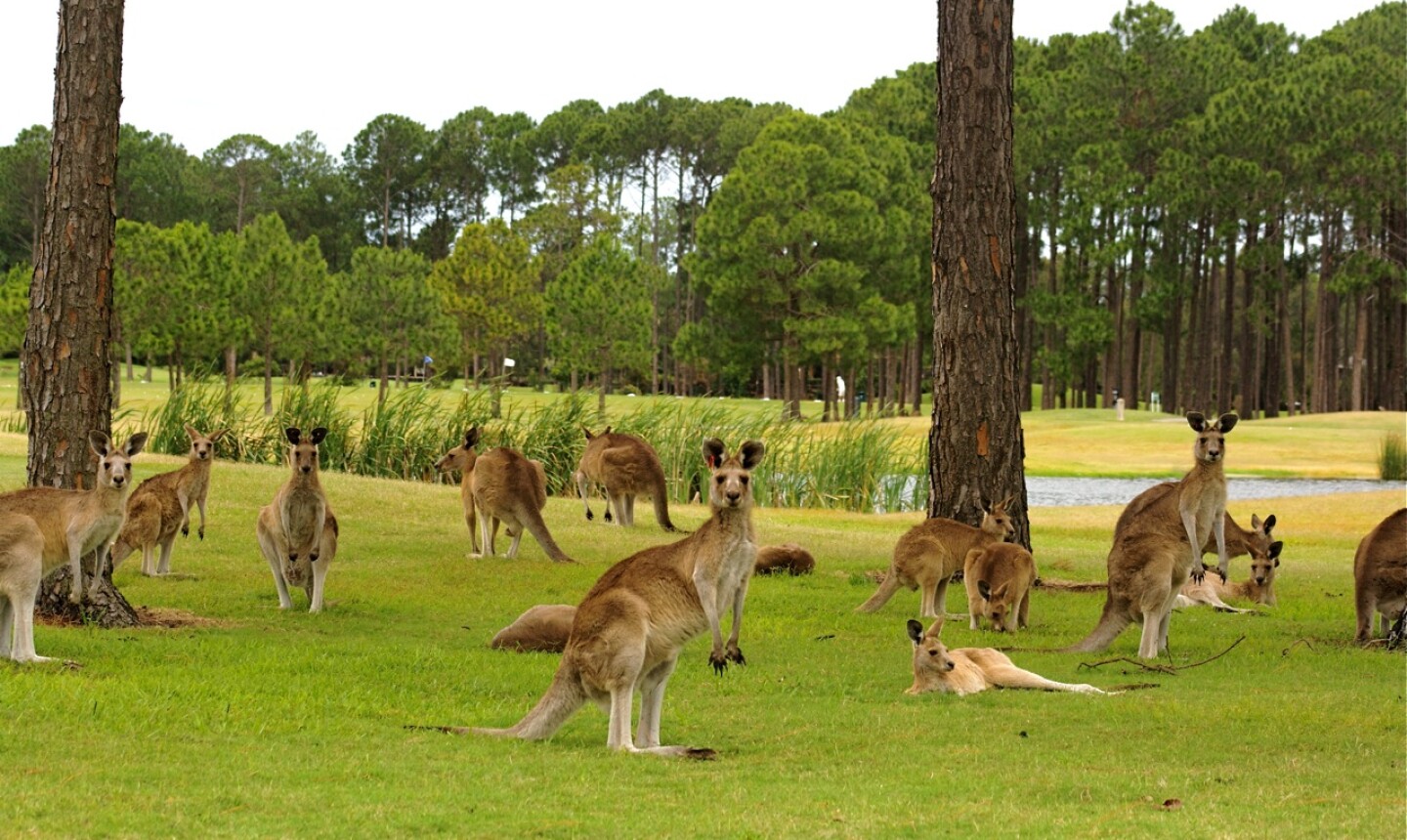 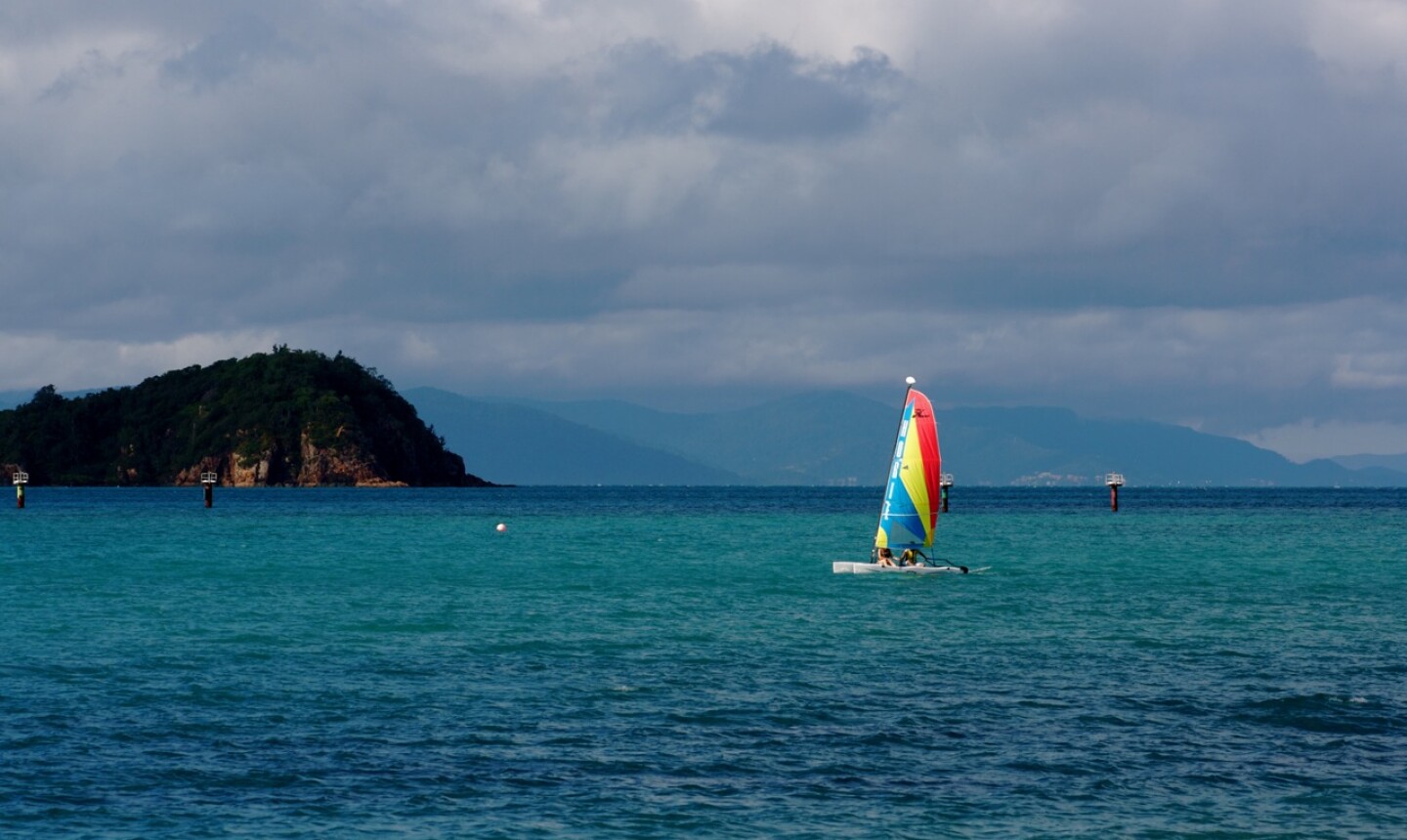 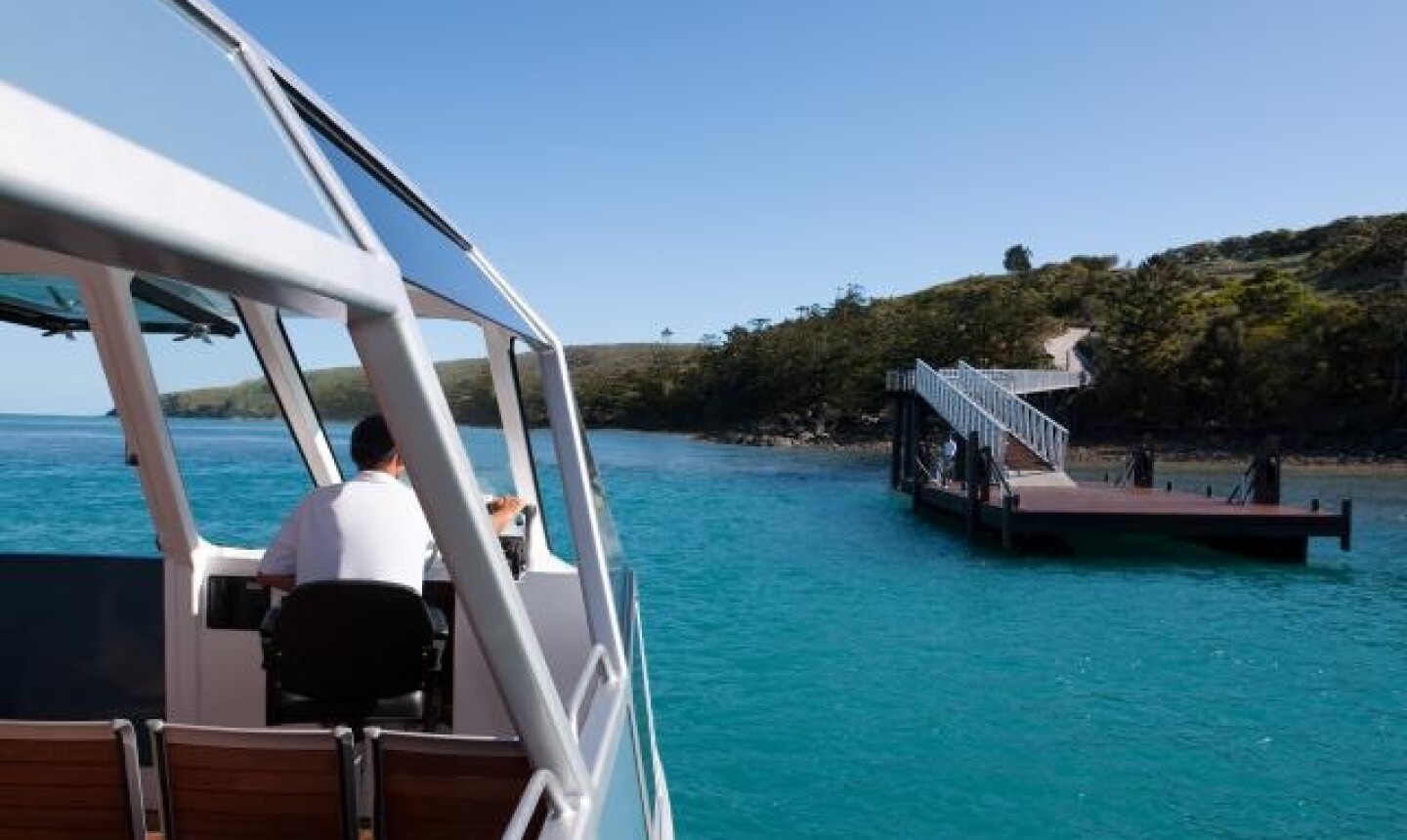 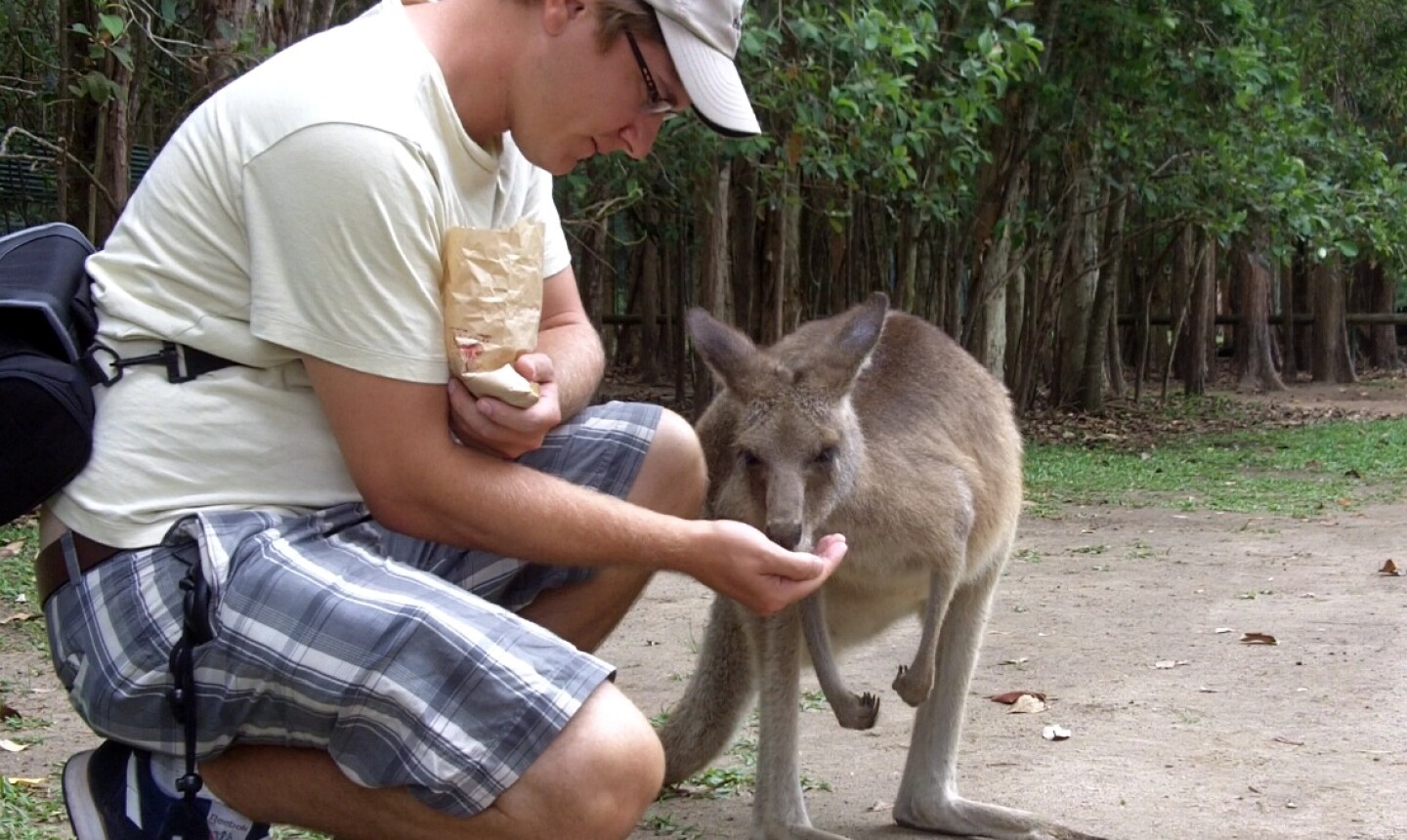 The Australia Zoo has all kinds of hands-on activities, such as kangaroo feeding. Brandon Tucker/Golf Advisor

It's a 14-hour flight between Sydney and Los Angeles. So for the trouble of traveling to Australia, you better try some things you don't do very often in your hemisphere.

For visitors to the country's popular vacation state of Queensland, a trip here is a chance to taste new foods, hear new sounds and get up close to strange new animals.

I just spent a week Down Under, and I have 10 new experiences to prove it.

Golf among roos: Kangaroos are a common sight for Australians, but they're exotic for the rest of us. On the Gold Coast, Sanctuary Cove Golf Club has nearly 300 resident roos that call The Pines course home.

Generally shy, quiet and respectful (they stay clear of the greens), they're fine gallery members -- and have inside-the-ropes access.

Play on golf's own island: We've all played "island golf," but what about an island with golf and nothing else? Hamilton Island Golf Club opened in 2009 in the Whitsunday Islands, and it's the only course in Australia set on its very own island, Dent, a short ferry ride from the rest of the resort.

The only residents on the island, at least until the resort builds some golf villas on site, are six mysterious goats that wander onto the course from time to time.

Explore the Great Barrier Reef: Queensland is home to 2,300 kilometers of Great Barrier Reef coastline, starting north of Brisbane and heading all the way up toward Cairns. You can take a day cruise on Cruise Whitsundays (www.CruiseWhitsundays.com) and snorkel, scuba dive and get a maritime science lesson around one of the many different reefs off shore.

Or, take a helicopter tour and gaze at the many interconnected reefs in teal waters from above.

Watch Aussies do what Aussies do: North of Brisbane, the Sunshine Coast is a quiet alternative to the bustling Gold Coast to the south and attracts city dwellers for laid-back beach holidays. On the grass at a park near Coolum Beach, a family enjoyed a pick-up game of cricket on a warm afternoon. Down on the beach, nearly everyone in the water had bronzed bodies and surfboards, taking on an afternoon of rough surf.

I kept hoping I'd see someone hurling a boomerang or wrestling a croc, but I suppose that would be stereotypical.

But when you lose control of the vessel and find yourself shipwrecked on the beach, or you tip it over well out at sea, it's a little humbling.

Eat seafood at every meal: Back home in Texas, my major food groups are sausage breakfast tacos, carnitas and ribs. Suffice to say I was looking forward to a break from the pig, and many Queensland restaurants specialize in seafood. They prepare all kinds of prawns, calamari and fish in endless ways, from deep-fried "Fisherman's baskets" at a take-away fish shop, to grilled on the barbie and wooden fireplace baked.

I was a big fan of Hamilton Island's barramundi, a fish found in Queensland's waters. Down at the Hyatt Regency Sanctuary Cove, I passed on pepperoni and ordered up a pizza topped with calamari, prawns and shellfish.

Try actual Australian booze: You won't find Little Penguin or Fosters on many menus here. Formerly considered a nation of beer-guzzling men, a bottle or two from Australia's west coast is now the norm at dinner for the whole table.

Personally, I found Australia's wines better than their beers, which tended to be too light and sweet.

Visit the home of the Croc Hunter: Steve Irwin's family started the Australia Zoo 40 years ago, and it continues to grow. In the true "Croc Hunter" spirit, this zoo is more hands-on than just about any other around. Visitors can feed and pet koalas, kangaroos, elephants, and just about every animal here -- but leave the crocs to the experts.

Get burglarized by cockatoos: In the Whitsundays, cockatoos rule the air, and they know the islands better than you do. I didn't heed the warning that they can make a mess of your hotel room if you leave the window open, and returned home from breakfast to find three in my room helping themselves to my mini bar.

Go back in time: I left Sydney at 3:15 p.m. on a Wednesday and arrived at LAX at 9:30 a.m. -- on that same Wednesday. Imagine, actually getting the chance to go back in time and make up for all the wasted hours during your life. Granted, I spent the majority of those bonus hours in customs and security line, but the time warp is cool nonetheless.

Tim Gavrich
Senior Writer
Now Reading
Golf travel in Australia: Ten firsts on a vacation to Queensland
Search Near Me