If you always thought Hawaii was too expensive for a golf trip, look again

Hawaii is one of the most coveted warm-weather golf trips on the planet. It's also one of the most expensive, especially if you're looking to stay at a nice golf resort. But right now there is a serious cheat code that can get you there on the cheap.

Southwest Airlines starts their much-anticipated service to the Hawaiian islands March 17th and their promotional fares at the moment are seriously low, as low as $29-49. Those will be tough to find, but even still, I found flights to Maui from Austin (connecting in California) for about $350 round trip.

For comparison, I went to Hawaii several times from around 2006-2010 (I am overdue to return, that's for sure). The flight was never less than about $600-700 from Texas and it was usually much more.

I'm typically a glass half full guy when it comes to air travel and I'm a Southwest fanboy for several reasons: two free checked bags (including golf clubs), the efficient and fair boarding procedures, and the fact they treat family travelers better than any other domestic airline. They've also avoided the whole "basic economy phenomenon" that ropes you in with low fares only to drop the hammer on seat selection and carry-on bag rules.

So for me (and you!), Southwest to Hawaii is a game-changer. Even when this promotion ends, added route competition in the marketplace will help keep fares honest. And while the best Hawaii resort golf courses will run you $200-plus a pop, there are plenty of casual and daily-fee facilities, many of whom were recognized in our 2018 Top 20 courses (Like Wailua and Pukalani). You can find $50-100 golf pretty easily in the islands.

Domestic flights in the last couple years have actually been pretty reasonable, thanks in part to an oil market that has been stable. Long-haul flights to Europe and abroad are also historically very low. Maybe the skies are still friendly after all. 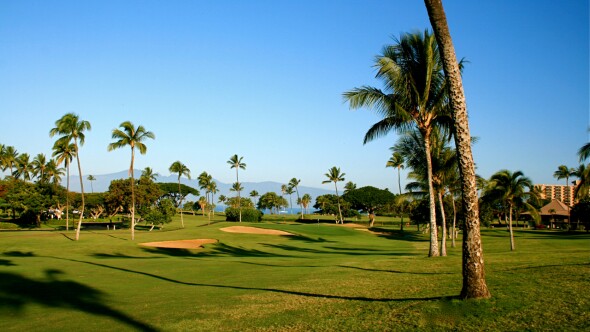 Hawaii Trip Planner
Here's your guide to all the islands of Aloha. Let our expert editorial trip help you plan an ideal golf trip to Hawaii.
Travel TipsGolfPass News

Can someone please let me know which of Brandon's top 20 are in the $100 range and if that price range includes any restrictions such as time of day ?
Thanks,
Warren

The Top 20 was determined by user reviews at Golf Advisor. The three most affordable are Wailua, Pukalani and Puakea. Dynamic pricing is pretty common in Hawaii these days but they should be under $100 in the afternoon at minimum. Ewa Beach is around $120 pm non-resident. A few other courses worth keeping an eye on for $100-ish or less tee times are Kahili and Kaneohe Clipper.

Kira K. Dixon
Lifestyle Correspondent
Now Reading
If you always thought Hawaii was too expensive for a golf trip, look again
New Cookie Policy
WE AND OUR PARTNERS USE COOKIES ON THIS SITE TO IMPROVE OUR SERVICE, PERFORM ANALYTICS, PERSONALIZE ADVERTISING, MEASURE ADVERTISING PERFORMANCE, AND REMEMBER WEBSITE PREFERENCES. BY USING THE SITE, YOU CONSENT TO THESE COOKIES. FOR MORE INFORMATION ON COOKIES INCLUDING HOW TO MANAGE YOUR CONSENT VISIT OUR COOKIE POLICY.
CONTINUE
Search Near Me