How, and where should you sell used golf clubs? The best, and easiest ways 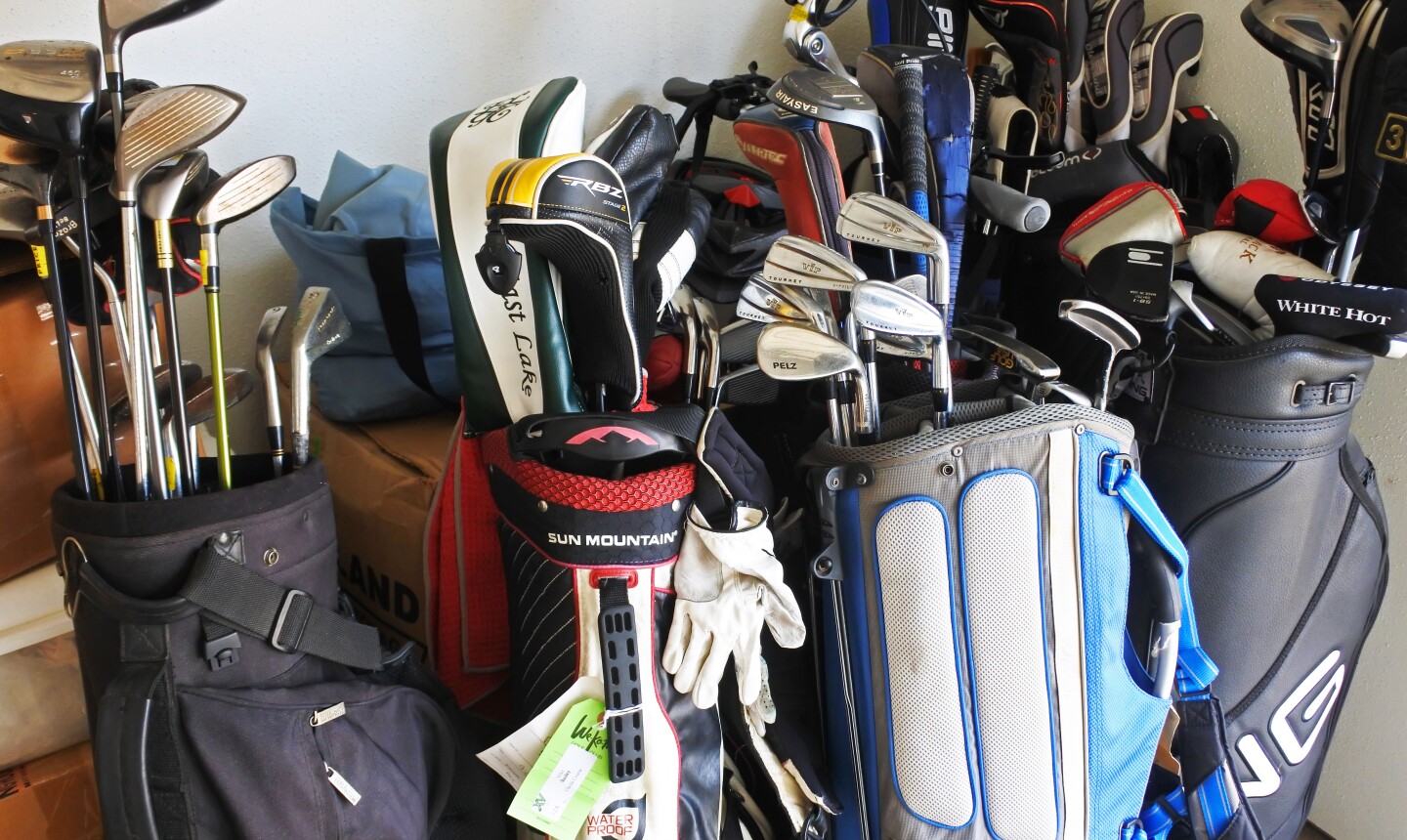 Does your garage look this? There are easy ways to get rid of unused golf clubs. Mike Bailey/Golf Advisor 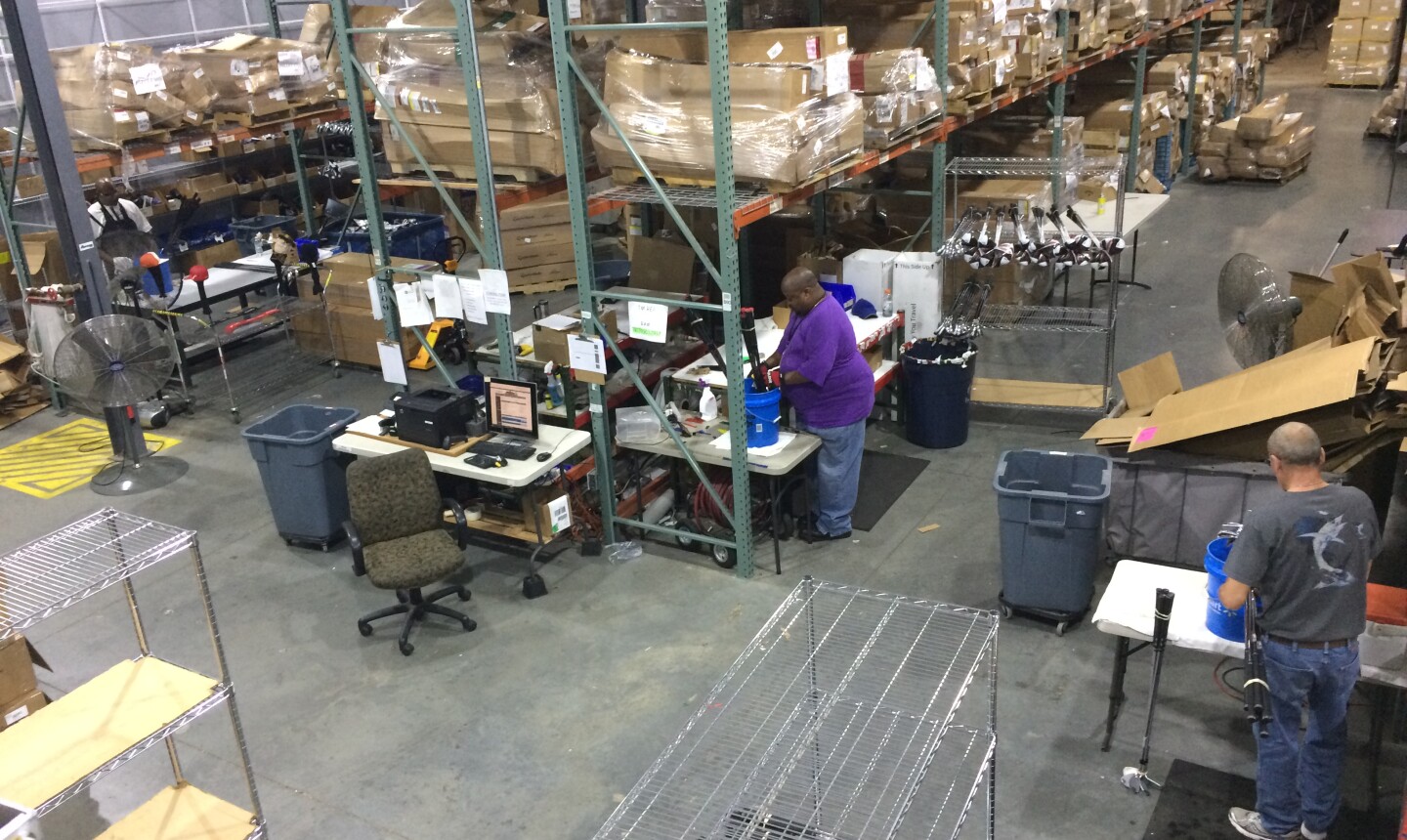 Here's the staging area for millions of used clubs at the Global Value Commerce Warehouse. Courtesy of GVC 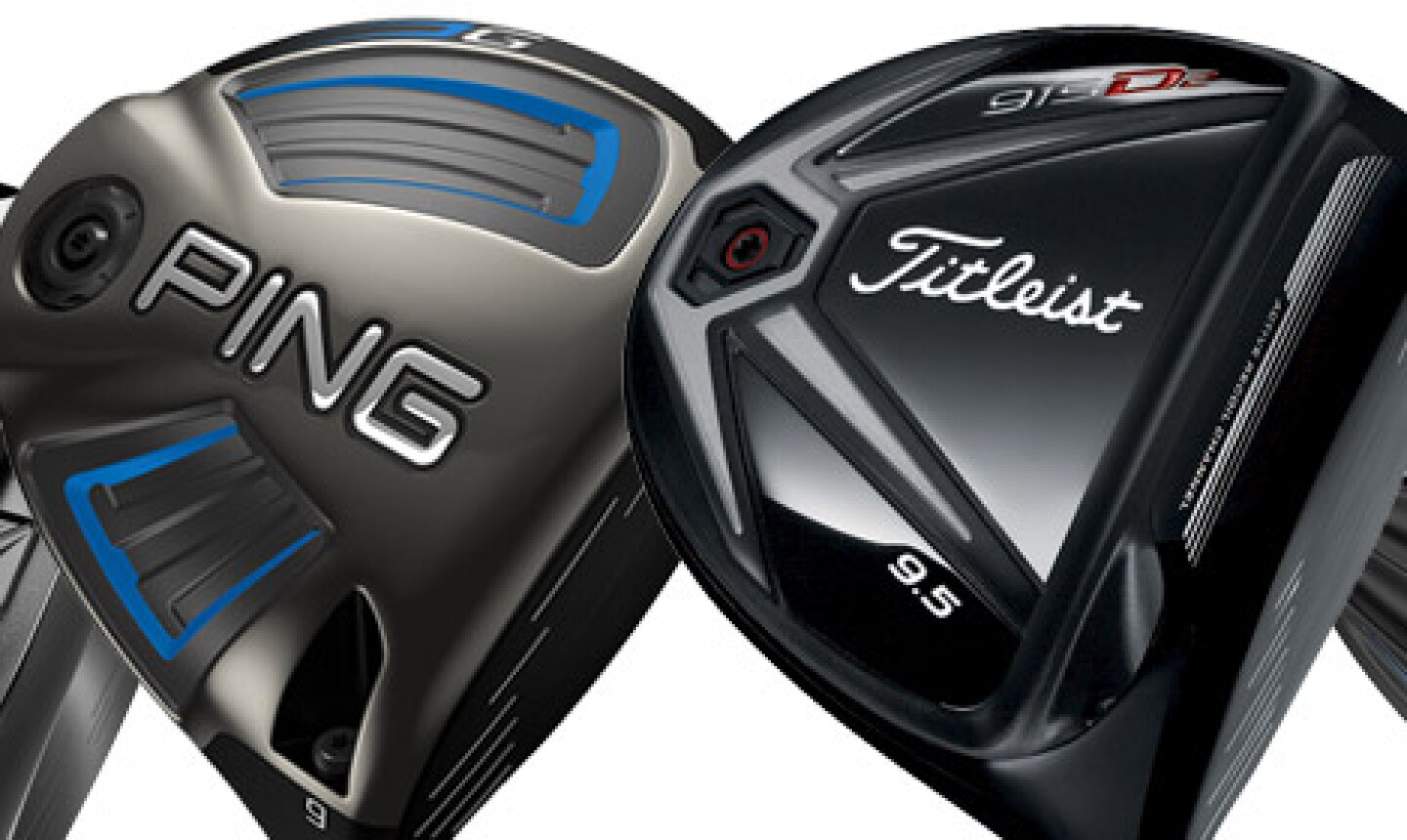 2ndSwing.com is another option for selling and buying used clubs. Courtesy of 2ndSwing.com 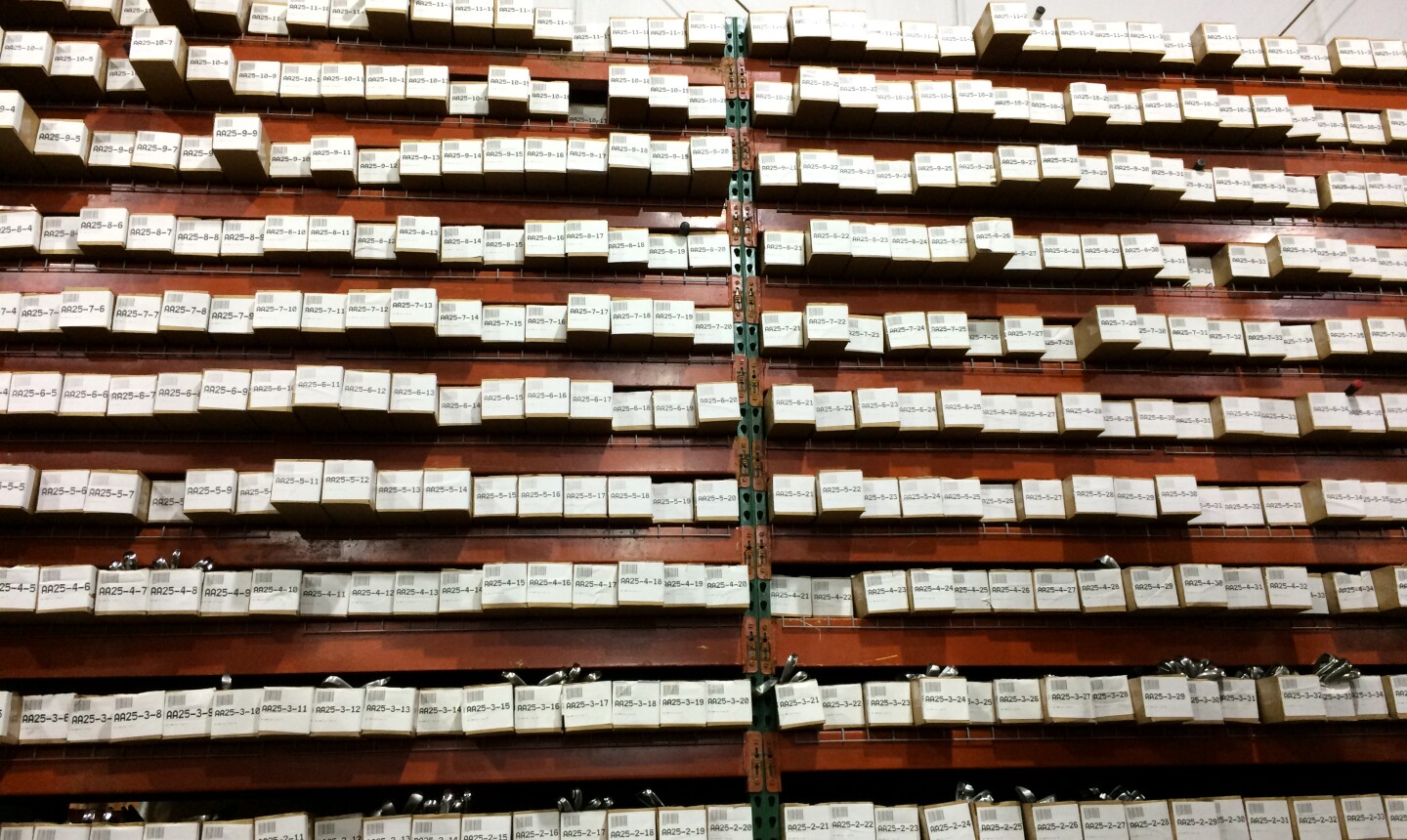 Thousands of clubs are brought in and sorted each day at Global Value Commerce's warehouse in Raleigh, N.C. Courtesy of GVC

It's the very nature of the golf equipment business. Buy the latest and greatest and in no time at all, something else comes along that promises longer, straighter drives, more precise iron play and truer putts. Indeed, it doesn't take long for golf equipment to become obsolete.

Now, if you're one of those golfers who has been playing with the same equipment for 20 years, God bless you; you haven't been suckered into the marketing. But if you're like most of us, you have more than one driver and iron set, and probably a bag full of putters and wedges. After a few years, this stuff starts to accumulate. And if you're trying to get rid of clutter, getting rid of your excess golf clubs is a good place to start.

The first thing you need to do is assess the real value of your unwanted items. Chances are if they are more than a couple of years old, they are not worth much. But it all depends on the brand and demand. You might want to research on Amazon or eBay and see what price sellers have set for used clubs like yours. In some cases you might be surprised, but by in large, clubs that are more than a couple of years old don't go for much because the market is so flooded with new equipment. Still, if you're looking for top dollar, these are the sites that will generally produce the most revenue.

For example, if you have a Titleist 915 D2 driver, you might be able to sell it for $200 (current bids on eBay are anywhere from $80-200) or so, depending on condition, so it might be worth it to sell it this way or put it up for auction. If you have a Scotty Cameron putter, even better. They retain value, and you can get good money for them on eBay. But if you have an older driver, like a TaylorMade R7, we're talking $50, plus or minus $10 or so. I'm not sure that's worth the trouble of boxing it individually, going to UPS or FedEx and sending it off. For those who don't want to go through that much trouble, there are other alternatives.

The benefit of Craigslist is it can offer a huge user base of sellers in most cities and sellers don't have to pay any type of listing fee. But it's a famously cluttered site and beware of extreme hagglers and scammers. Don't take anything besides cash as payment or let the clubs out of your sight without getting a deposit. Play It Again Sports is a brick and mortar option that pays cash or more for trade in many cities and is particularly useful if you feel like trading in your iron set for say, a tennis racket. Golf speciality stores like Golf Galaxy and PGA Tour Superstores also have trade-in departments where you can bring in your items for appraisal.

Of course, probably the best thing we can do is donate our old golf clubs. In this case, I wouldn't suggest Goodwill or Salvation Army, especially if it's high-quality gear. First Tee or any other junior program would probably be your best bet, plus it grows the game.

But if that's not what you want to do, there are a couple of companies that specialize in buying used equipment in bulk, and they make it easy for the seller. Just gather up your used sticks, visit their websites to find their value and box them off and ship it to them. In return, they mail you a check (or give you credit, which is typically more). You won't make a killing, but you'll get rid of those old clubs that are gathering dust, and they'll be sold to someone else who wants them.

"Frugality is again a virtue, especially since new and pre-owned equipment both promise high performance," said Ed Byman, CEO of Raleigh, N.C.-based Global Value Commerce, which has several websites that specialize in buying and selling used and new equipment. "Finding and upgrading to the exact clubs you want has never been easier and more affordable."

On average, the company receives more than 1,000 pre-owned clubs in trade every day. For example, that Titleist 915 driver, a D-2 with a stiff shaft, would fetch $90 in trade-in on 3Balls.com.

Selling clubs can be pretty simple

GVC also operates the PGA Value Guide, which is like Kelley Blue Book for used golf clubs. For example, through the PGA Value Guide website, I looked up the value of a couple of old putters, three drivers, a fairway wood, a hybrid and a wedge and got $200 for them. Shipping was free because I had more than $100 worth of clubs. I probably wouldn't have done much better on eBay, and it would have been a lot more hassle. That Titleist 915 D2? It pays out a $73 check or $80 site credit.

Another option is 2ndSwing.com, where you can follow a similar process. Sell or trade in your clubs, ship them off and get paid.

In both cases, you can also shop these sites for used clubs, which is where I send a lot of folks who are looking for quality clubs, but don't want to spend a couple thousand dollars or more on a new set. After all, the technology difference between clubs today and five years ago won't have a huge impact on a person's game. Lessons and practice are more important.

The only drawback to buying used clubs, obviously, is that they aren't custom fit. But if you get the right shafts, which you can do through 2nd Swing or Global Value Commerce because the specs are listed, you've won more than half the battle.

Mike Bailey
Mike Bailey is a senior staff writer based in Houston. Focusing primarily on golf in the United States, Canada, the Caribbean and Latin America with an occasional trip to Europe and beyond, he contributes course reviews, travel stories and features as well as the occasional equipment review. An award-winning writer and past president of Texas Golf Writers Association, he has more than 25 years in the golf industry. Before accepting his current position in 2008, he was on staff at PGA Magazine, The Golfweek Group and AvidGolfer Magazine. Follow Mike on Twitter at @MikeBaileyGA and Instagram at @MikeStefanBailey.
24 Comments

I have a Titleist Scotty Cameron SANTA FE TWO putter I would like to sell. It is a 1st Run TeI3 edition. Please advise

I have a pair of Footjoy Classic Genuine Lizard Skin golf shoes size 12C. , brown , new in box . There are some listings on eBay for this shoe for $1200 . I'm not asking that much , but having a hard time finding people interested in such a rare , pricey shoe . And I'm not a big fan of selling on eBay . If anyone is interested , please contact me . Or if anyone knows anybody or some other selling ideas , please let me know . Thanks Bob

I am looking for a set of golf shafts. They are about 20 years old and I had a set and someone stole them. The shafts are no longer made so I can't go to the source.

I want to buy 7 or more of the Red Easton Aluminum Alloy regular flex golf shafts. All of Easton's aluminum alloy golf shafts in reg flex are Red in color, stiiff in Black and Ladies gold).

I am selling a prazza gulf finder cheap for holidays

I have over 160 woods and irons I would like to sell. Older clubs though. Macgregor,Spalding,Wilson,Kroydon,Ram,Tsunami,Hogan etc. I think I would be happy getting 5 bucks apiece? 4 bucks?3 bucks? Just take them all. That’s not even half of my collection.

Would you have a Wilson reflex sand iron thanks

I have over 100 old golf clubs for sale. Any interest. Philadelphia, Pa area. Thanks: jon kraynak

I'm trying to sell my clubs

Ive got a Taylormade M-2 head in a 9 degree and would like to swap it out for a 10.5. Its in perfect condition. Anyone jnow where that could be done
Steve

I got a walter hagan. Signed goff club wat is it worth

Tim Gavrich
Senior Writer
Now Reading
How, and where should you sell used golf clubs? The best, and easiest ways
Search Near Me