How to Play Fishers Island Club without a Member Connection 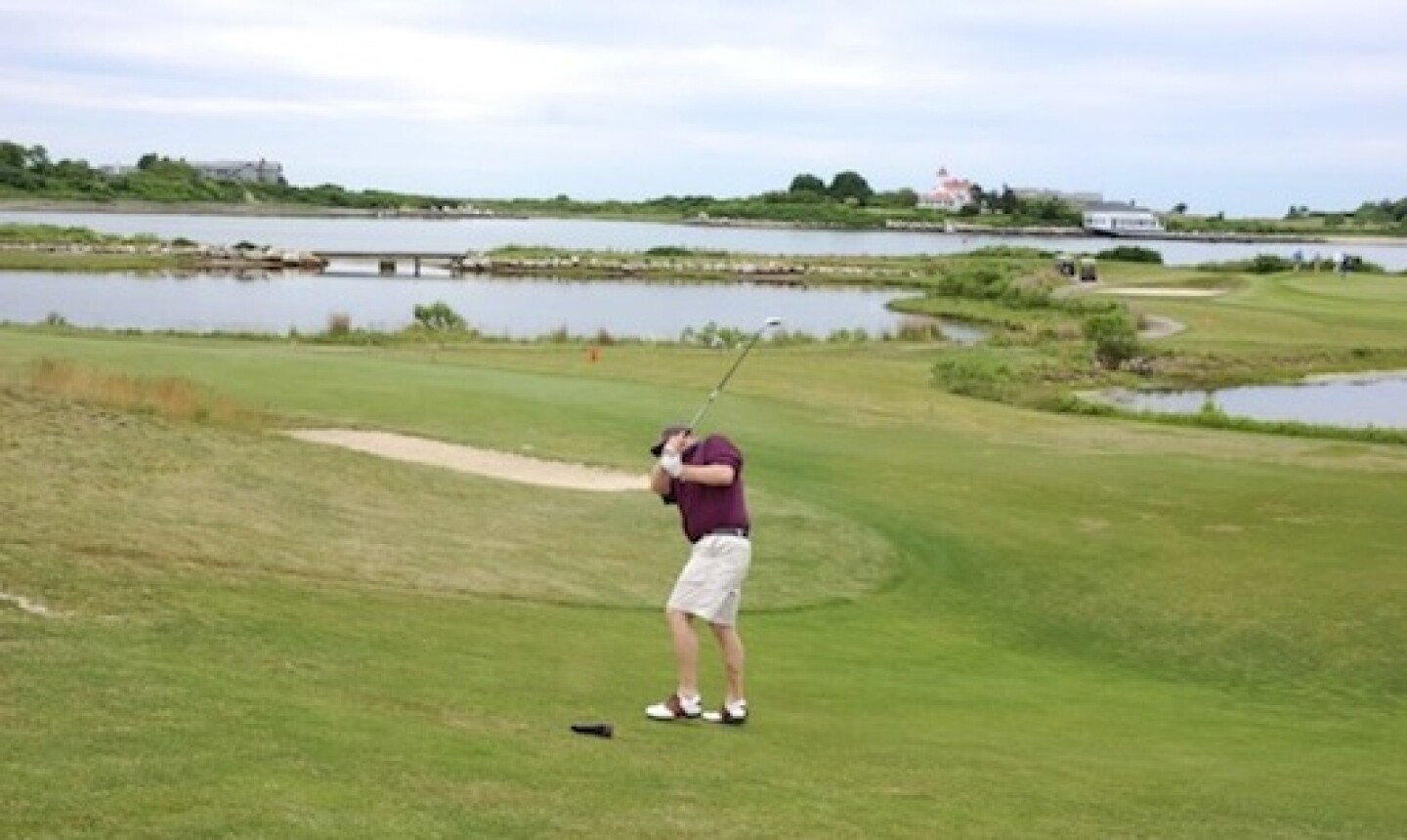 It may not be easy, but there are ways you can play Fishers Island Club without a member connection.

Q: I have always wanted to play Fishers Island Club, but I don't know any members.  Do you know any methods to playing there?

A: Getting on at a private golf course is definitely a challenge, but not impossible. Yes, we do have a few secrets on how to play Fishers Island Club.

Fishers Island may well be a golf club where getting to the club is as difficult as getting on the course.  Located on a small island at the tip of Long Island Sound, one needs to either fly in a private plane, arrive by boat, or take a short ferry from New London, Connecticut.

Make no mistake about it, the golf course is a Seth Raynor classic.  Last I checked, the Fishers Island Club was rated 17th in Golf Digest bi-annual ranking of the best golf courses in the United States and 24th in Golf Magazine's list.  Like many of Charles Blair Macdonald's classic courses, Fishers Island features Raynor's interpretation of some of the most famous holes in golf -- Alps, Short, Redan, Eden, Punchbowl, Biarritz, etc.

Thankfully, there are ways to play Fishers Island (and virtually every other private club) without a member connection.

One of the easier ideas to getting on Fishers Island, if you can afford it, is to play in a golf outing for charity.  Once the season dies down (after Labor Day), it is not uncommon to find golf outings held at Fishers Island that are, well, open to anyone.   For example, Easter Seals Capital Region & Eastern Connecticut holds an outing there every year in September.

Have you had the opportunity to tee it up at Fishers Island? Let us know about your experience in the comments below!

Having played there in a charity event, I can say the entire environment is "special". Take a step back in time to when manners and class mattered. Low key and exclusive at the same time. I was given the key to one of the Dupont's carts for the day, as members donate the use for charity. Makes me wish I could join!

Hi guys!
Have a great friend who loves golf and wants to play Fisher ... his 60th bday is approaching and would love to surprise him with a round , there!
Lmk of ANY suggestions / charities I could donate to so he could play!!
Thx🌺