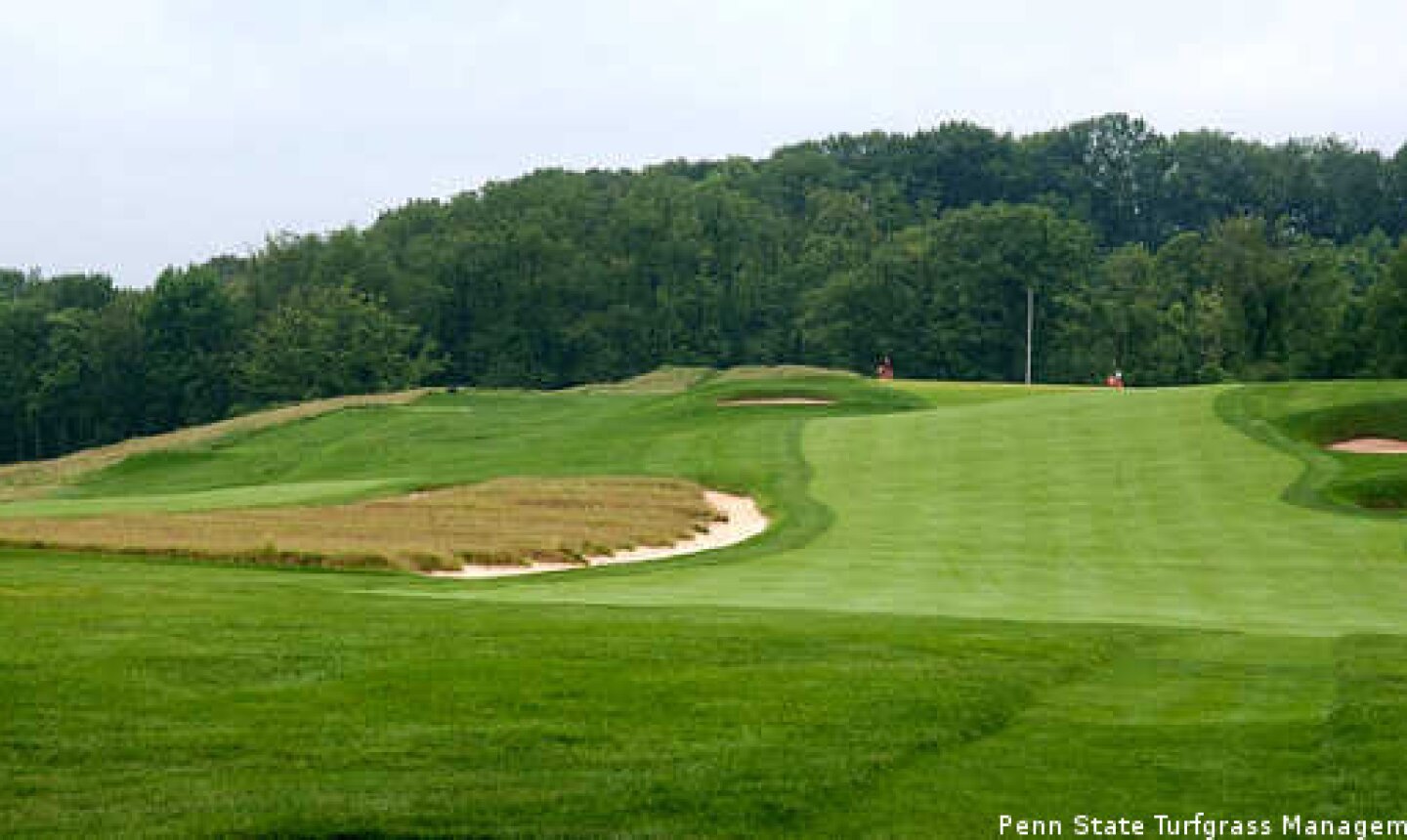 It may not be easy, but there are ways you can play Oakmont Country Club without a member connection.

Q: I have always wanted to play Oakmont Country Club, but I don't know any members.  What's the best way to play there?

A: The best private golf courses in the world are nearly impossible to gain access to. Oakmont is certainly one of them, but we know some techniques to help you play there.

You won't, however, have much luck trying to go through the front door.  The Oakmont golf course is not only one of the finest in the world, it is also one of the most exclusive and some might say sadistic.  The greens at Oakmont run so fast that they had to be slowed down for the 2007 US Open (won by Angel Cabrera who was a walking advertisement for how smoking cigarettes can help your golf game).

If you want to get a sense for just how fast the greens are on the Oakmont golf course, try putting in your bathtub and getting the ball to stop before it gets to the drain.

Thankfully, there are ways to play Oakmont without a member connection.

One option is to play in a charity golf outing.  While I don't have the complete list, I do know that there are a number of annual charity golf outings held at Oakmont Country Club.  For example, St. Anthony's school holds an outing there every year in late April.

At times, there are special events held at Oakmont Country Club as well. For example, American Express cardholders had the opportunity to play Oakmont prior to the 2007 US Open. By sheer coincidence, it so happened that Tiger Woods was practicing there the very same day as the AMEX event!

Have you played Oakmont? Tell us all about your experiences playing it in the comments below!

Craig Better
Craig Better is one of the founding editors of Golf Vacation Insider. In addition to traveling to 15 foreign countries, he has twice traveled across America to play golf courses in all 50 United States. Prior to joining Golf Vacation Insider, Craig was a freelance writer who contributed to GOLF Magazine, Travel + Leisure Golf, Maxim Magazine, USAToday.com, and co-authored Zagat Survey’s book, America’s Top Golf Courses.
7 Comments

There is an old saying that certainly applies to Oakmont. It is a private club reserved for members and their friends. As to friends, the members have more than enough.

I played Oakmont twice before they ruined it by clear cutting all of the trees. It was a GREAT course, but not now. They have tried to make a links course in a parkland area. I have been invited to play it twice more since the tree removal but have declined. I have no desire to play it anymore. I think I'll play it again when they plant trees on St. Andrews!!!

It was restored to it's original intent and has become one of the best courses in the World because of it.

I've played Oakmont four times, hate it. Much too tough for a six handicap. If you're just 10 or 15 yards of the very narrow fairways, it's a lost ball in the high grass. I've been offered to play it again by a member, I declined.

I grew up near Oakmont but now am 66 years old and retired in West Virginia. I did attend the 2016 U.S. Open and what a thrill it was to set foot on hallowed ground. I would love to visit and just have a walk through the course. We passed it hundreds of times in the 1950's & 1960's visiting relatives. Those memories are etched forever in my mind. Are there any DVD's Availale ? By Jason Scott Deegan, Tim Gavrich
Read More
Load More
Popular
How the FlightScope Mevo+ can help you practice with purpose
Celebrating the U.S. golf courses built in the 1800s
Is Greece's Costa Navarino the world's next great golf destination?
Hiking 100 holes for a good golf cause
Editorial Staff