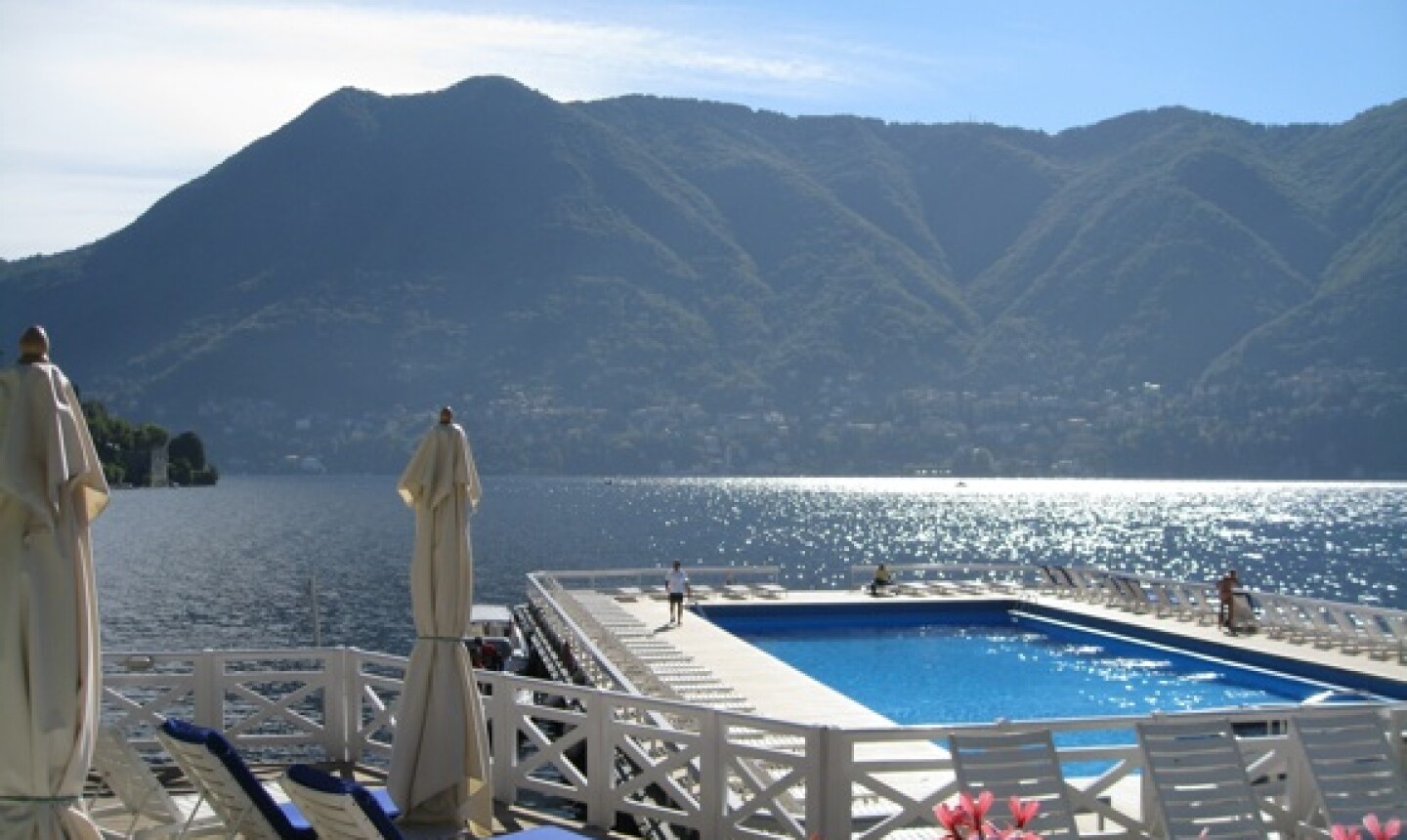 Reprinted with permission from Golf Odyssey.

Though Italy is one of our favorite places to visit, we normally don't think of it as a primary golf destination. Like most, we are lured by its peerless art and architecture, antiquities, history, museums, and culture, not to mention its vineyards, beaches, and restaurants. However, particularly in light of some recent additions, Italy deserves strong consideration from those looking to mix some golf in with a culturally (and calorie) rich excursion.

There's no shortage of intriguing places to play in Italy. Some of the courses spread out literally in the shadows of some of Western Civilization's greatest achievements. Others enrich the beauty of the countryside. While most travelers choose to chase the little white ball around Lake Como and the Lake District or in the hills of Tuscany near Florence, those who seek out a game while in Rome or Venice will not be disappointed. And Italy's great islands, Sardinia and Sicily, increasingly offer destination-style golf retreats and newer courses you can play year-round.

With this in mind, we've compiled a selective list of courses you should find enjoyable while visiting various regions and cities throughout Italy.

This is the longtime mecca of Italian golf. It's also home to the fabulous Villa d'Este hotel. Several fine courses lie within 30 minutes of this most romantic grand hotel located right on the lake in the tiny town of Cernobbio. The Golf Club Villa d'Este, a private club owned by the hotel until the club members purchased it, has hosted a passel of Italian Opens. Lined by thick stands of mature trees (a stunning mix of oaks, birches, and evergreens), the narrow fairways put a premium on shot accuracy.

Other highlights in the Como Lake District include a Menaggio golf course: Menaggio e Cadenabbia Golf Club, located just up the hill from the docks of the small town of Menaggio on Lake Como's western shores. The second oldest course in Italy, this is Menaggio golf at its finest. Twenty minutes southwest of the Villa d'Este, La Pinetina Golf Club has been beautifully carved out of the Lombardy forests. Golf Club Monticello, set in a residential area 20 minutes south of Como, is by contrast a relatively flat 36-hole facility. The Red Course has hosted numerous Italian opens and produced winners such as Greg Norman, Sandy Lyle, Billy Casper, and Sam Torrance. Finally, the newest notable course in this region of Lombardy is Le Robinie, Italy's only Jack Nicklaus Signature design. Le Robinie is a feat of prodigious earth moving. You'd never know this hilly and heavily mounded track commands terrain that was once flat and featureless.

The most famous course in the Tuscan hills is the venerable Golf dell'Ugolino. This many-time host of the Italian Open is located about a half-hour southeast of Florence. Ugolino commands a Chianti ridge, though be advised its fairways slant severely and its greens are tiny. Ugolino is best enjoyed in the golden late-afternoon light that shows off gorgeous panoramas of olive groves, vineyards, sun-baked villas, and the cypress and pine covered hills.

Located on the extreme south of Lido Island, The Venice Golf Club traces its origins back to the summer of 1928 when American auto magnate Henry Ford arrived in Venice with his golf clubs only to discover there was no place to play. Nine holes opened in 1930, and after World War II the course was expanded to 18 holes. Surrounded by water, this sand-based layout sits between the Adriatic Sea and the lagoon of Venice. Thick stands of poplars, pines, and olive trees line fairways that culminate at wide, multi-tiered greens. The most interesting hole is a blind par three built around an 18th-century fortification.

Although it's not strictly in the Venice realm, the 27-hole Palazzo Arzaga Hotel Spa and Golf Resort has become a prime attraction for golfers traveling through Northern Italy. Located midway between Venice and Milan, the resort, which occupies a converted 15-century monastery, features an 18-hole layout by Jackie Nicklaus and a nine-hole course by Gary Player.

Circolo Roma Acquasanta Golf Club may be Italy's oldest club, dating back to 1903, but it is also one of its highest rated layouts. The course borders the Appian Way. You play amidst archeological ruins back-dropped by a Roman aqueduct. Acquasanta rambles over rolling terrain and features notoriously small greens and a number of meandering streams. Castelgandolfo Golf Club, a Robert Trent Jones Sr. design, showcases a lovely rolling Roman countryside scene of olive trees and maritime pinewood, some 15 kilometers from the city. Le Querce, another of Italy's highest-rated layouts, is a frequent host of the Italian Open. Located about 40 kilometers north of Rome, this George and Jim Fazio design features a mix of tree-lined and open holes reminiscent of Scotland's heathland courses. The challenge comes from bold bunkering, slick undulating greens, and native grasses that swallow up errant shots.

The second-largest island in the Mediterranean, after Sicily, Sardinia's lure for traveling golfers is Pevero Golf Club, a Robert Trent Jones, Sr. creation that opened in 1972. It lies on the Costa Smeralda, the northeastern shore of this ruggedly beautiful island. The fact that Jones was able to carve such a magnificent and lush layout into the extremely rocky, ridge-like peninsula overlooking Cala di Volpe (Fox Bay) makes Pevero one of the great feats of golf course construction. The best holes on this narrow, intricate layout play from elevated tees and showcase the sea and the distant mountains. To this day, the setting remains magical. Indeed, ever since the late charismatic billionaire playboy Aga Khan purchased the entire Costa Smeralda in the 1960s, it has been a magnet for jet setters and beautiful tanned people luxuriating in the Sardinian sun.

Another attractive Sardinian option is Tanka Golf Club, which overlooks the southeastern coastline of the island near the beaches of Villasimius. The four-year-old course sits in a national park and features bent grass greens. Golf Club Is Molas, near the beaches of the southwestern shores of Sardinia, is a 27-hole facility whose championship eighteen has hosted several Italian Opens. Ian Poulter won there in 2000.

The first golf resort from hotelier Rocco Forte may soon be regarded as continental Europe's most spectacular golf getaway. Located on the southwestern shores of Sicily, Verdura Golf Resort & Spa has been receiving rave reviews since it opened in March 2009. Kyle Phillips (Kingsbarns) laid out the two championship-caliber courses as well as a nine-hole par-three test. The two eighteens, which are lined by native grasses, feature sublime stretches along Verdura's 1.2 miles of private coastline. The more exposed West Course follows an out-and-back arrangement and builds to a crescendo finish alongside the sea. The East Course offers two nine-hole loops routed over higher and more rolling terrain. Verdura also boasts a state-of-the-art golf academy, and, of course, the accompanying ritzy Forte hotel.

Sicily's newest golf addition is the 36-hole Donnafugata Golf Resort & Spa, which opened last year near the town of Ragusa and its glorious beaches. The North Course is an exposed, virtually treeless links-style layout, while the South Course, a Gary Player design, offers a parkland game amidst carob and olive trees. Later this month, Donnafugata hosts the Sicilian Open, a new addition to the European Tour schedule.

If you have any questions or would like further assistance in planning a golf-rich Italian excursion, please feel free to e-mail us. We'll assist you in any way we can and, if desired, put you in touch with a travel agent that specializes in golf trips to Italy.

Finally, one other option for exploring Italy's antiquities and boundless cultural and historical attractions with a healthy dose of golf is through a small-ship, luxury golf cruise. Many of our readers have enjoyed traveling with Kalos Golf, and Italy figures prominently in the company's annual sailings. For 2012, Kalos will be offering a new Rome to Sicily voyage in addition to their traditional Riviera and Adriatic offerings. According to company president Jim Lamont, Italy is among their clients' favorite destinations.

Have you taken any Italy golf vacations? Let us know in the comments.

Can you advise me what clubs to contact and how to secure a reservation?

Is it best to email, call or what?

I will be playing as a single and I want to walk the course if possible?

What's the best way to secure transportation to and from the course.

I will be staying at Via di San Nicola de Cesarini in Rome. 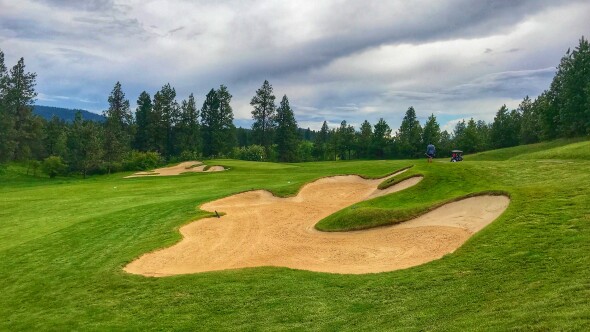 Kira K. Dixon
Lifestyle Correspondent
Now Reading
Italy Golf Vacations: Options Abound Throughout the Country
New Cookie Policy
WE AND OUR PARTNERS USE COOKIES ON THIS SITE TO IMPROVE OUR SERVICE, PERFORM ANALYTICS, PERSONALIZE ADVERTISING, MEASURE ADVERTISING PERFORMANCE, AND REMEMBER WEBSITE PREFERENCES. BY USING THE SITE, YOU CONSENT TO THESE COOKIES. FOR MORE INFORMATION ON COOKIES INCLUDING HOW TO MANAGE YOUR CONSENT VISIT OUR COOKIE POLICY.
CONTINUE
Search Near Me