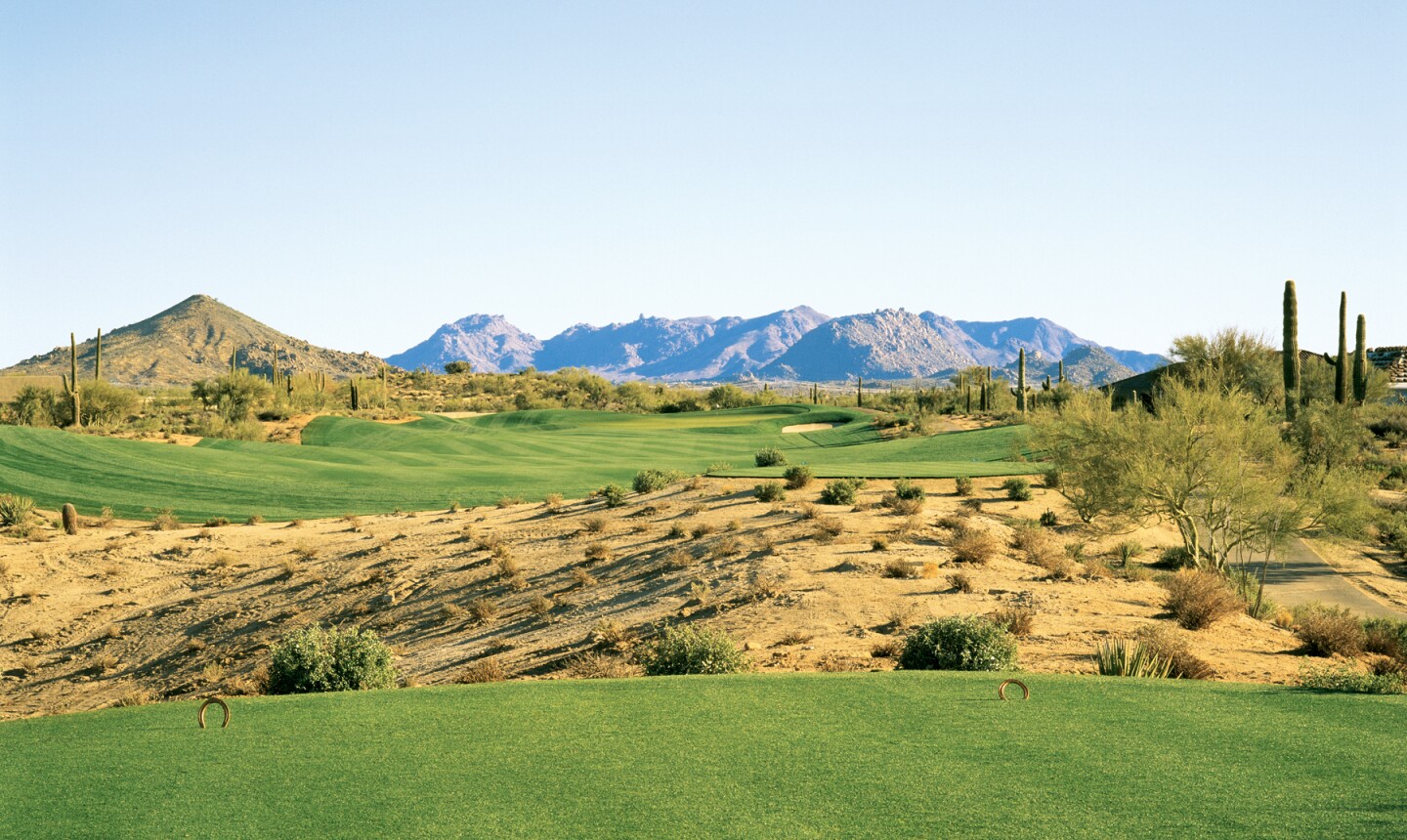 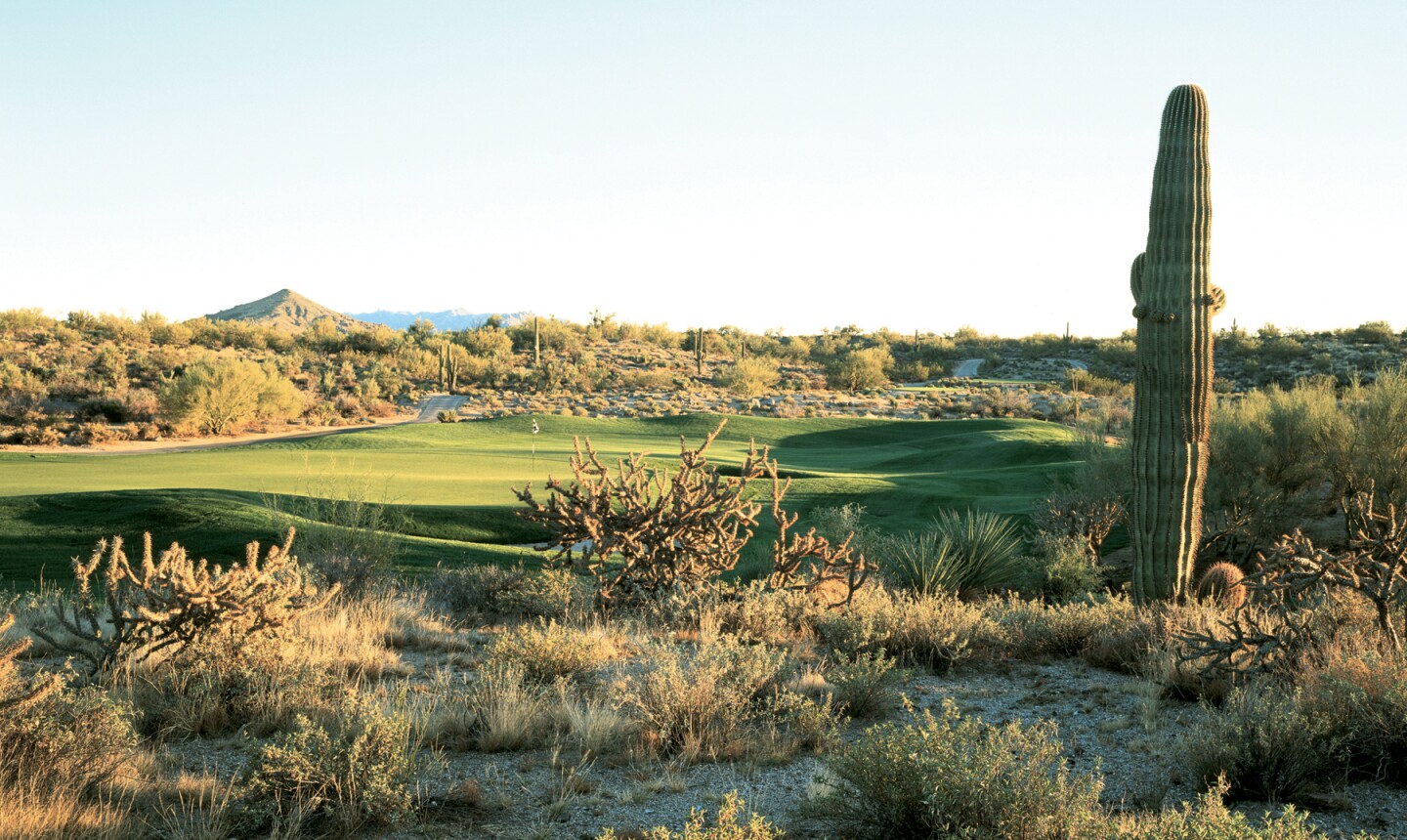 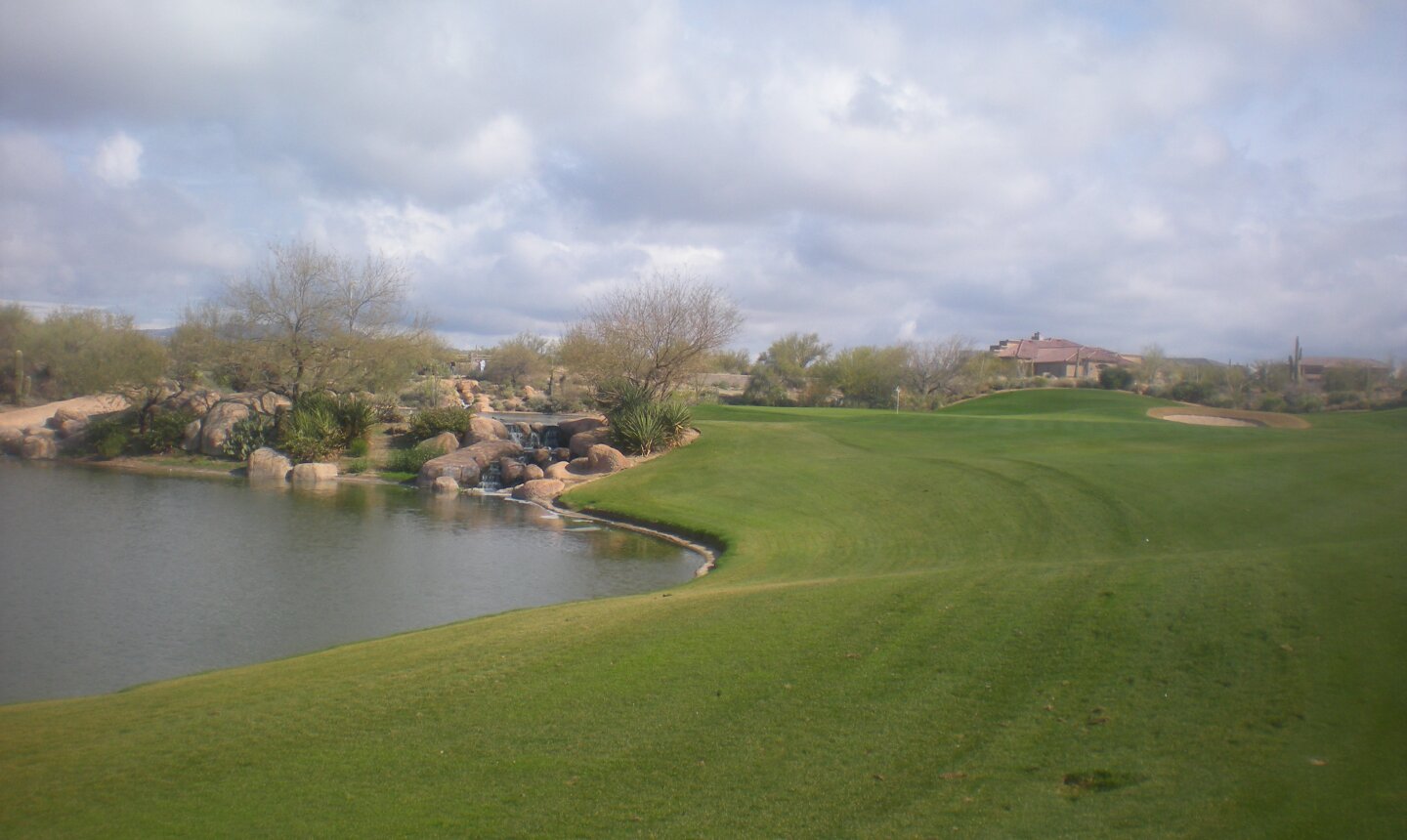 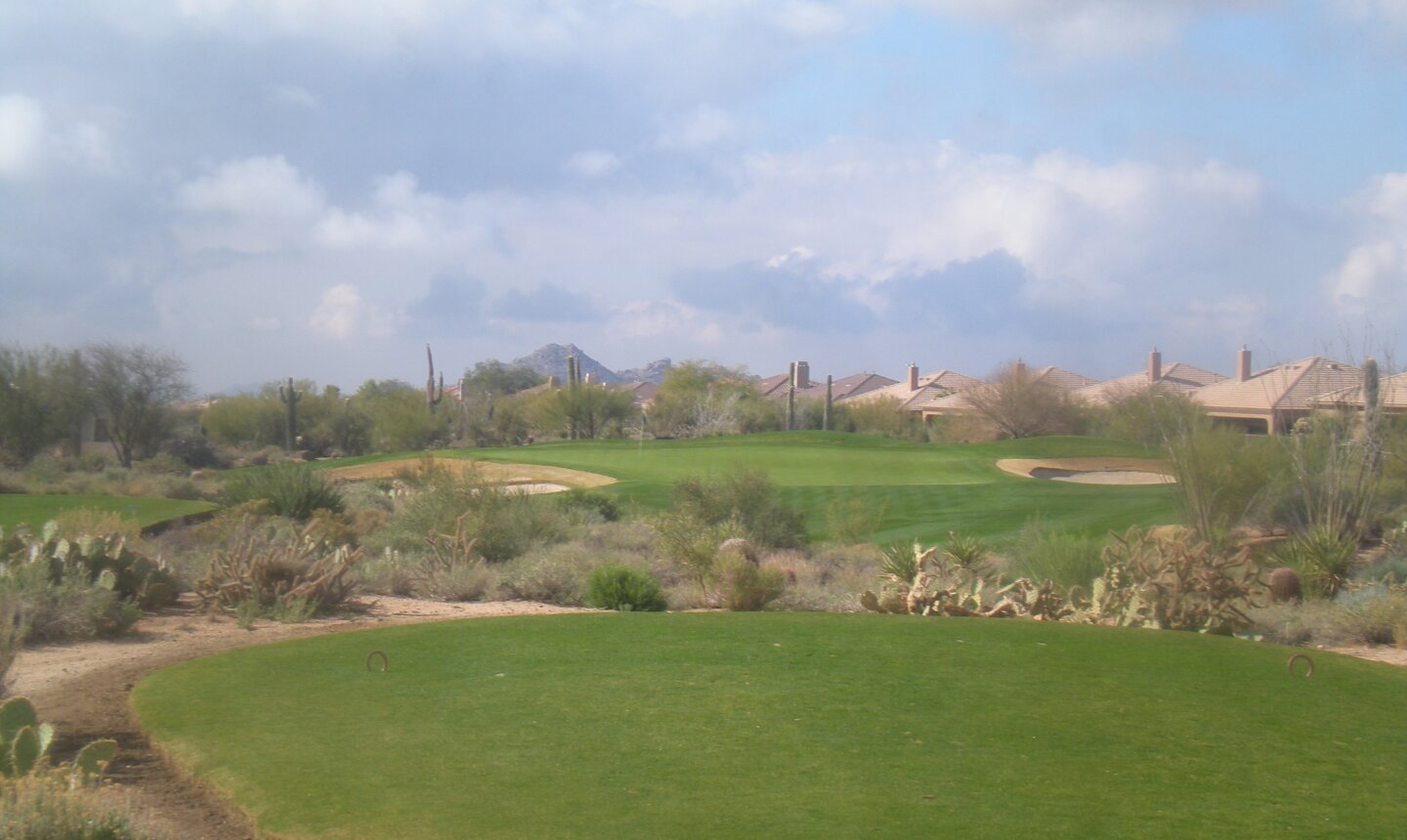 SCOTTSDALE, Ariz. – Back when cowboys rode hard and a day's wage was a pittance, there existed a spot near today's site of the landing area on the 17th fairway at Legend Trail Golf Club where an ocotillo corral sat on the Donohoe Ranch.

The horses or cattle held here, no doubt, felt the pain on many a moonless night when bumping into the thorny sides.

Today, it's the average hacks who mumble "ouch" upon missing the lush fairways of this 6,845-yard, par-72 golf course, instead finding a rocky palo verde, ocotillo and saguaro-filled desert arroyo.

"This was the first golf course in Scottsdale that endured a new environmental ordinance (in the 1990s) requiring strict preservation of desert ravines," designer Forrest Richardson said.

Richardson and the late Arthur Jack Snyder - designer of Ka'anapali Kai on Maui - played a role at least as large in the crafting of Legend Trail Golf Club as Rees Jones, though Jones gets most of the credit. According to Richardson, Jones arrived mid-construction. And to add further confusion, Randy Heckenkemper sketched the original layout.

This is nothing new, though, in the building of a golf course. In the end, it includes a little of each designer – and the Jones name was most marketable.

The facility was first known as Desert Ranch, a 600-acre vision created by John Olive, the original owner and a famous Arizona amateur, and Al Mengert, a former assistant pro at Winged Foot.

Legend Trail Golf Club sits way out in the northern boondocks of Scottsdale, close to Whisper Rock, Cave Creek and Carefree, home of The Boulders. Legend Trail is north of even the famous Troon North and Grayhawk courses near North Pima Road and East Dynamite Blvd.

Legend Trail Golf Club: The building of a golf course

"Jack Snyder and I tried very hard to get the course to fit the land," Richardson said, "but at the same time have some interesting holes that make the golf a steeplechase. In other words, we avoided all lame holes that just lay there and sleep. One of Jack's great contributions was to keep after me to make sure the slopes blended seamlessly.

"In comparison to most desert courses, it is graceful and, I hope, timeless."

Mengert wanted a golf course with each hole designed by a legendary player.

Mengert settled for a practice green of "famous putts," but the implementation fell short.

"No one really got it," Richardson said.

But the rest of the golf course works.

"While many courses in the desert are nothing but endless target-golf experiences," Richardson said, "Legend Trail is different. Strategy and options abound. To me, the golf course feels different than most desert courses."

General Manager John Jackson, an Arizona Golf Hall of Famer, likes No. 5, a 185-yard par 3, where the wind factors and views beckon of Pinnacle Peak to the south and the Tonto Mountains to the north.

What's to like? The conditioning and strategic options. Play it safe or go for that long forced carry? This was the best conditioned golf course I encountered on a three-week road trip to Arizona and California.

The wide, almost-flawless fairways feature new TifEagle, ultra-dwarf greens, small bunkering and island tees. The routing is not boring. Golf Magazine has placed Legend Trail among its top 100 golf courses, and Golf Digest rated it 4 1/2 out of five stars under "Best Places to Play."

All considered, the conglomeration pleased Richardson.

"It is a quintessential desert design," he said. "Seldom do you see classic style brought to the desert. Nearly all the courses here are target, forced and completely unnatural when you look at them objectively. At Legend Trail, the final result is both beautiful and enjoyable. I love playing there, and so does almost any golfer you ever meet who is familiar with desert courses."

The practice facilities have it all. You might even run in to rocker Alice Cooper. Legend Trail ranks as one of his favorites.

Xona Resort Suites (www.xonaresort.com) in Scottsdale offers a home away from home. I stayed in a one-bedroom suite with a full kitchen and access to laundry facilities, ideal for a stopover on a three-week road trip.

Other features include access to wireless Internet, LCD televisions in living rooms and bedrooms, living rooms with convertible sofa sleepers, a pool and hot tub. And in the main building there's Asada Desert Grille and the Orange Iguana for dining. 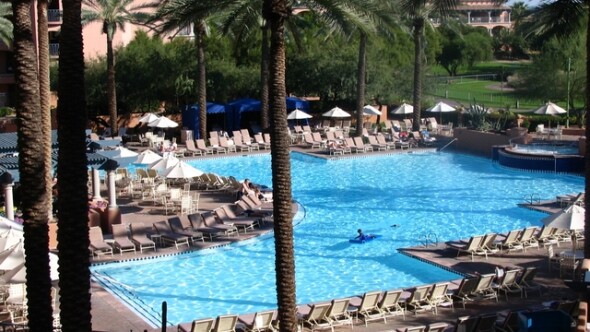