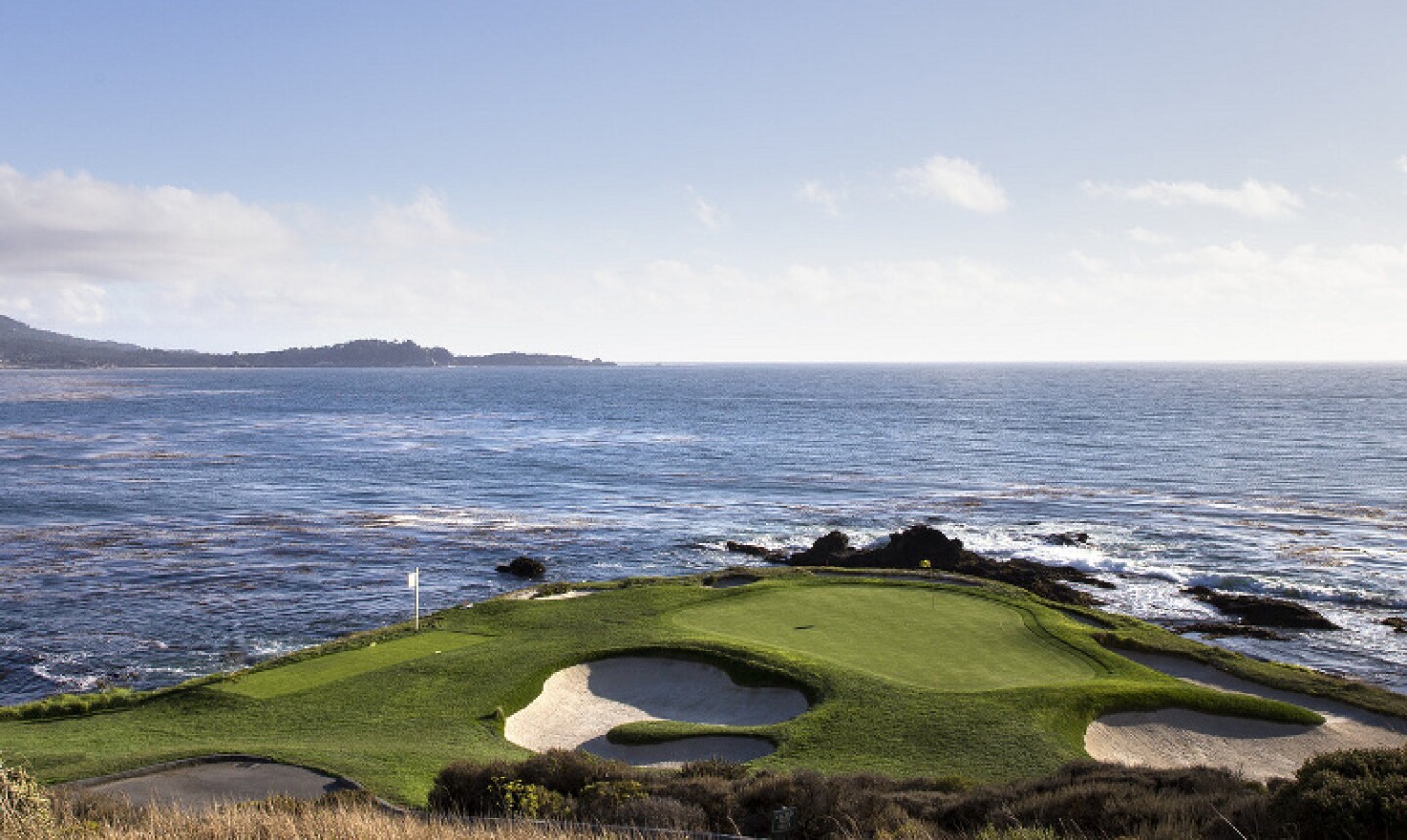 And there's a lot more where that came from, and not only at Doral, sorry, Trump National Doral Miami.

Some of the best-known courses and resorts have recently received major improvements and additions.

Here are some I thought you might want to know about before making your spring and summer travel plans:

Florida: Trump National Doral Miami
Again, you have probably seen the Blue Monster's newly sharpened teeth on TV, but the rest of the resort received (and continues to receive) a makeover, too. While most of the rooms had already been nicely renovated prior to Trump's purchase, the resort's high-end category -- the Villa Deluxe Guestrooms -- were "designed by Ivanka Trump in cooperation with WATG's [Wimberly Allison Tong & Goo] Wimberly Interiors." New / improved dining options are happening here, too, anchored by the recently opened BLT Prime.

Arizona: The Boulders
All of the accommodations, which had gotten a bit stale over the years, have been revitalized thanks to a thorough renovation performed when Waldorf Astoria assumed management of the property. The interiors were repainted, all the bedding was replaced, and the bathrooms were completely retro-fitted. No major changes to the two golf courses, but they remain extremely strong.

Puerto Rico: Dorado Beach Resort & Club
Robert Trent Jones, Jr. has restored and updated his father's East Course. While it does not pack the drama of the boldest Caribbean layouts, it is a strategic, championship test. Played along with the Sugarcane Course, it provides traveling golfers with a solid, one-two punch (Dorado Beach's West Course remains closed for construction; the Pineapple Course is open, but we prefer the other two). Perhaps most exciting of all, a year ago, the Ritz-Carlton Reserve opened here; its oceanfront suites are glorious, and the spa is amazing.

California: Poppy Hills Golf Course
I was happy to hear this former staple of the AT&T Pebble Beach National Pro-Am was being renovated (and reopening April 4). According to the course's blog, "not only was every fairway plowed under, every tee and bunker rebuilt, and every green redesigned, but each hole was also rethought from a strategic standpoint." That's good, because it had been known for severe doglegs that contributed to slow play. I hope they also opened up more sight lines to the Pacific Ocean, because other than a few glimpses and the sounds of seals in the background, you wouldn't know you are so close to the sea.

Florida: Streamsong Golf Resort & Spa
The biggest news here is the January 2014 opening of the 216-room Main Lodge. Previously, Streamsong's onsite accommodations had been limited to a dozen rooms in the clubhouse, and those who were unable to reserve one faced a 20- or 45-minute drive to nearby towns for mostly downmarket chain hotel accommodations. Highlights of the Main Lodge (located two miles from the clubhouse but connected by a resort shuttle) include its full-service grotto-style spa with seven experiential pools; an outdoor, lakeside pool, fitness center, multiple bars, and casual and fine dining restaurants.

Alabama: Renaissance Ross Bridge Golf Resort & Spa
What already stood out as one of the few upscale sites on Alabama's Robert Trent Jones Golf Trail is benefitting from a near $5 million renovation to its guest rooms, common areas, restaurants, and golf shop. Looks like it's already paying off. Golf Magazine named it a Gold medal winner among its list of Premier Resorts.

Virginia: Keswick Hall
One of my favorite boutique golf resorts is even better thanks to a renovation by Pete Dye. The golf course has been re-christened "Full Cry."

Nevada (Mesquite): Eureka Casino Resort
While I'll stop short of saying there's any "great" lodging options in Mesquite, Nevada, The Eureka, fresh off a recent renovation, now stands out as the best of Mesquite's casino hotels (and it offers nice golf packages with must-play Wolf Creek). The guestrooms are spacious and much warmer and more comfortable since the renovations. The restaurants were upgraded, too. Unfortunately, you'll still have to go down to the lobby for Internet access.

Have you experienced any noteworthy renovations or additions to the golf courses and resorts you've visited?

Hotel Tryp Cayo Coco is an excellent all-inclusive reosrt for the family. The beach is right there at your feet and there are so many things to do for adults and children alike. The Entertainment Team will get everyone involved if you want to do activities. Lots of beach/water games and sports and by the pool as well. The children are always never bored and feel very comfortable with the staff. They love seeing the children having fun and cater to them a lot while catering to the adults they're never ignored.And you can trust them with your children it's very safe there and it's very easy to relax there as well.See the link below. It's an excellent place and you can't get lost there. It's an open concept reosrt and the layout of the buildings is open and airy, no twists and turns and closed areas.You'll never regret going to this reosrt. The food is excellent and a lot of variety. You'll also love the grill (La Picfaa) great food for lunch time .the kids will never have a problem.Take advantage of the day trips as well you'll also be able to experience the real' Cuba doing this and your children will really enjoy that.Have an amazing time in Cuba!

You can add Sentry World Golf and Tennis, Stevens Point Wi. to your list Two new par 3's and renovated greens and tee boxes on the rest of the course.

Sorry to say, Streamsong spa seems to be a non starter. I was there week of first of March, the hottest temperature of any of the spa pools was like 90 degrees, luke. And they are not really jacuzzi spas w hi water pressure, it is more a gentle flow rather than a real muscle impact. Hours of the spa are 9a-6p so no real opportunity for many golfers post round.