Moody Gardens Golf Course in Galveston, Texas: It's not your father's muni 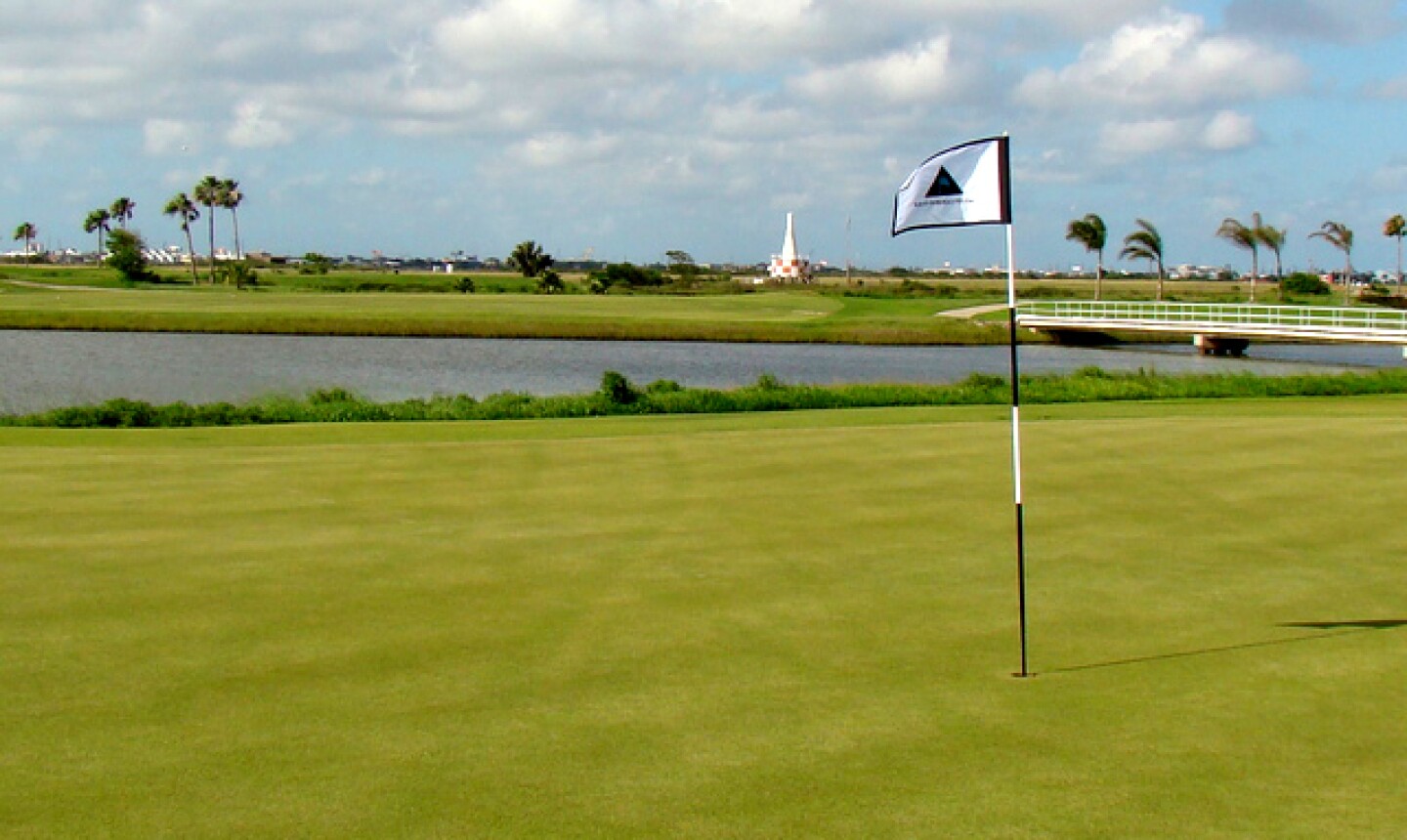 The approach shot to the 18th green at Moody Gardens Golf Course is often into the wind. Mike Bailey/Golf Advisor 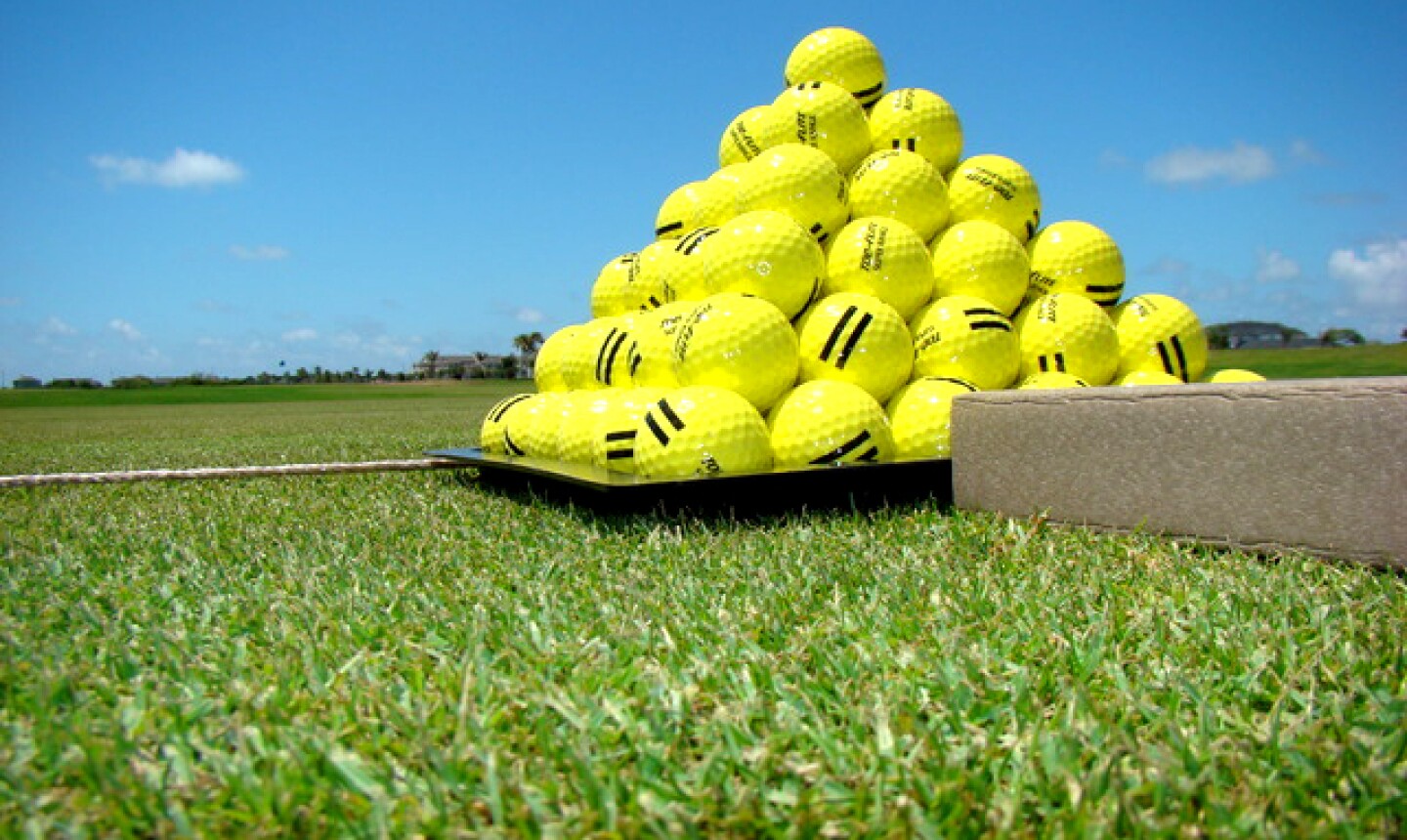 The new driving range at Moody Gardens Golf Course is light years ahead of what used to be there. Mike Bailey/Golf Advisor 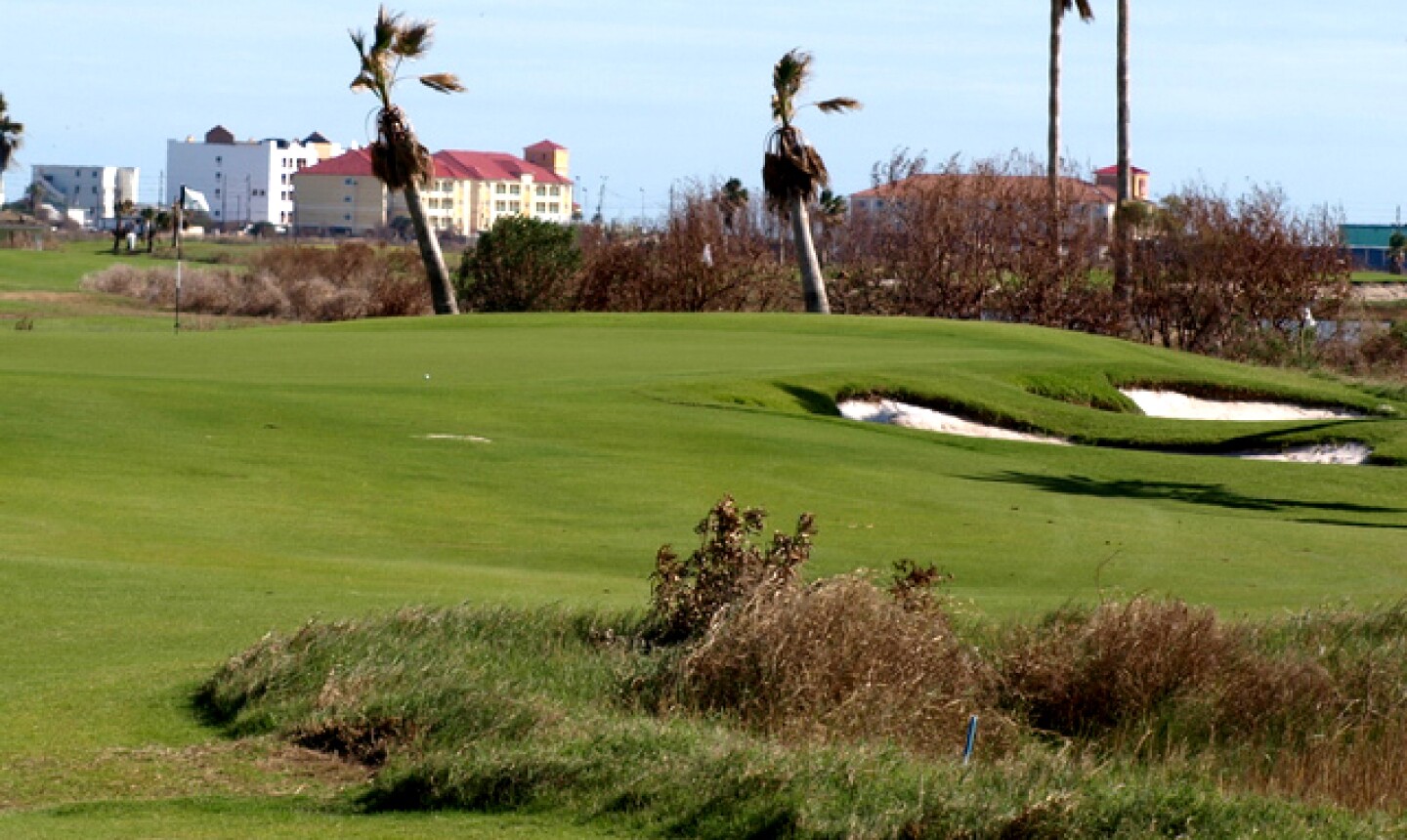 The first part of the back nine at Moody Gardens Golf Course, like the par-4 10th, usually plays into the wind. Mike Bailey/Golf Advisor

GALVESTON, Texas - Compared to what preceded it, Moody Gardens Golf Course must seem like Kiawah Island Resort to those who spent years playing the old run-down Galveston Municipal.

Although technically still a muni, Moody Gardens has more than a new name; it has an upscale daily-fee persona following its $17 million renovation this year.

The renovation, by the way, came in the nick of time. Just three months after it reopened, Hurricane Ike came barreling through Galveston, and the new muni withstood the test. The old golf course never would have had a chance.

And, yes, you read that correctly: $17 million, which really makes it a new golf course laid over the old one. So, no corners were cut, except where the new routing made sense. Moody Gardens got new grass, new grading, new construction, new landscaping, new golf shop, new banquet room and grill, and most of all, a brand new attitude with a new golf professional, general manager and superintendent.

The Moody Foundation, which outbid Houston-based Landry's Restaurants a couple of years ago to run the course, contracted Jacobsen/Hardy of Houston, which among other projects, designed the 36 holes at Black Horse Golf Club and the Member Course at Redstone Golf Club -- both in the Houston area.

Crews stripped away the old surface and raised the grade by 3 to 5 feet throughout. The first five holes were rerouted, and a brand new practice facility was built to replace the old inadequate driving range. It got new bunkers and sand, and the clubhouse was gutted and totally renovated. The old "irons only" driving range was moved toward the interior of the southern end of the course. It is more than twice the size of the old with plenty of hitting stations. Behind the clubhouse is a large putting and chipping green.

Under the direction of veteran superintendent Steve Yarotsky, Moody Gardens Golf Course was seeded with paspalum - a relatively new type of grass for golf courses. Developed by former University of Georgia Professor Dr. Ron Duncan, Sea Spray was seeded on the fairways and tees, with a relatively new greens grade called Sea Isle Supreme on the greens. When Ike, one of the largest and most destructive hurricanes to ever hit the Texas coast, slammed ashore, it brought with it a storm surge that put the golf course under 13 feet of saltwater. The paspalum greens, fairways and roughs more than survived; they were thriving just a few weeks after the storm.

The new grass combined with the new contoured, raised greens produced a visually stunning golf course with lots of contrast between the course's 71 white sand bunkers and blue water hazards.

Before, the course's many lakes and ponds were at eye-level and almost impossible to see until you went to look for your ball. Now, there are a plenty of good holes on both nines.

The third, for example, is a 368-yard par 4 with a tee shot that cuts over wetlands - a real birdie opportunity if you hit a good drive. Playing downwind during the summer, strong players can come close to driving the green, but it brings a lot of risk - out of bounds to the right and the wetlands if you hit it left of the green at all. Hybrid is the recommended play off the tee.

The 162-yard, par-3 ninth that finishes at the clubhouse may be the course's so-called signature hole. Usually playing into a prevailing wind, the tee shot is over a substantial water hazard into a wide green that's well protected by bunkers. Club selection and being able to knock the ball down are critical here as it is at most coastal courses.

Moody Gardens Golf Course gets progressively more difficult as you make the turn. The 10th is a 389-yard par 4 slight dogleg right with a tee shot that plays over water and bunkers.

"That's a tough tee shot, particularly from the back tee, when you're having to hit over the water and pick out where you're going to land it," General Manager Bill Pushak said. "Eleven, 12 and 13 are all into the prevailing wind."

The 14th, a 575-yard par 5, represents a real birdie opportunity as the course turns downwind again until you get to the 18th hole. Despite its length, a good drive on 14 can set up an opportunity to go for it in two with a green and approach that appear smaller than they really are, despite being protected by wetlands and water. Two par 4s - the 15th is drivable by long hitters - follow before you get to the 142-yard, par-3 17th, another signature-hole candidate.

The finishing hole can be a real monster. At 472 yards, it's probably the most difficult on the course. Playing back into the wind and finishing at the clubhouse, a strong tee shot - preferable a draw by right-handers - is needed to set up a reasonable approach. Even then, you are probably looking at a long iron or more over water to get to the green. If it wasn't already, the 18th at Moody is one of the better finishing holes in the Houston area now.

This golf course has always been a difficult test, and it remains so today. The difference, however, is that it's more fair now. The key is to play the right tees (there are five sets). At its longest, the orange tees play just 6,819 yards, but being able to control your ball flight accurately is a must, or you'll be emptying out your sleeves in a hurry.

There are a couple of holes that still could have stood a little more improvement. The tee shot on the eighth is somewhat marred by an ugly pump station next to the lake on the right, and the first hole brings the street and the range into play fairly easily if you hit driver into the wind. But overall, this course now ranks among the top 20 public courses in the Houston area, which puts in the top 25 percent of the class.

It used to be that, for the most part, only the locals played the course. Now, it's a good day-trip for those who live in the Houston area and not a bad weekend destination. With Moody Gardens, a nature-themed park and resort next door, you could easily make it a weekend for you and your family. Stay and play packages are available at the resort.