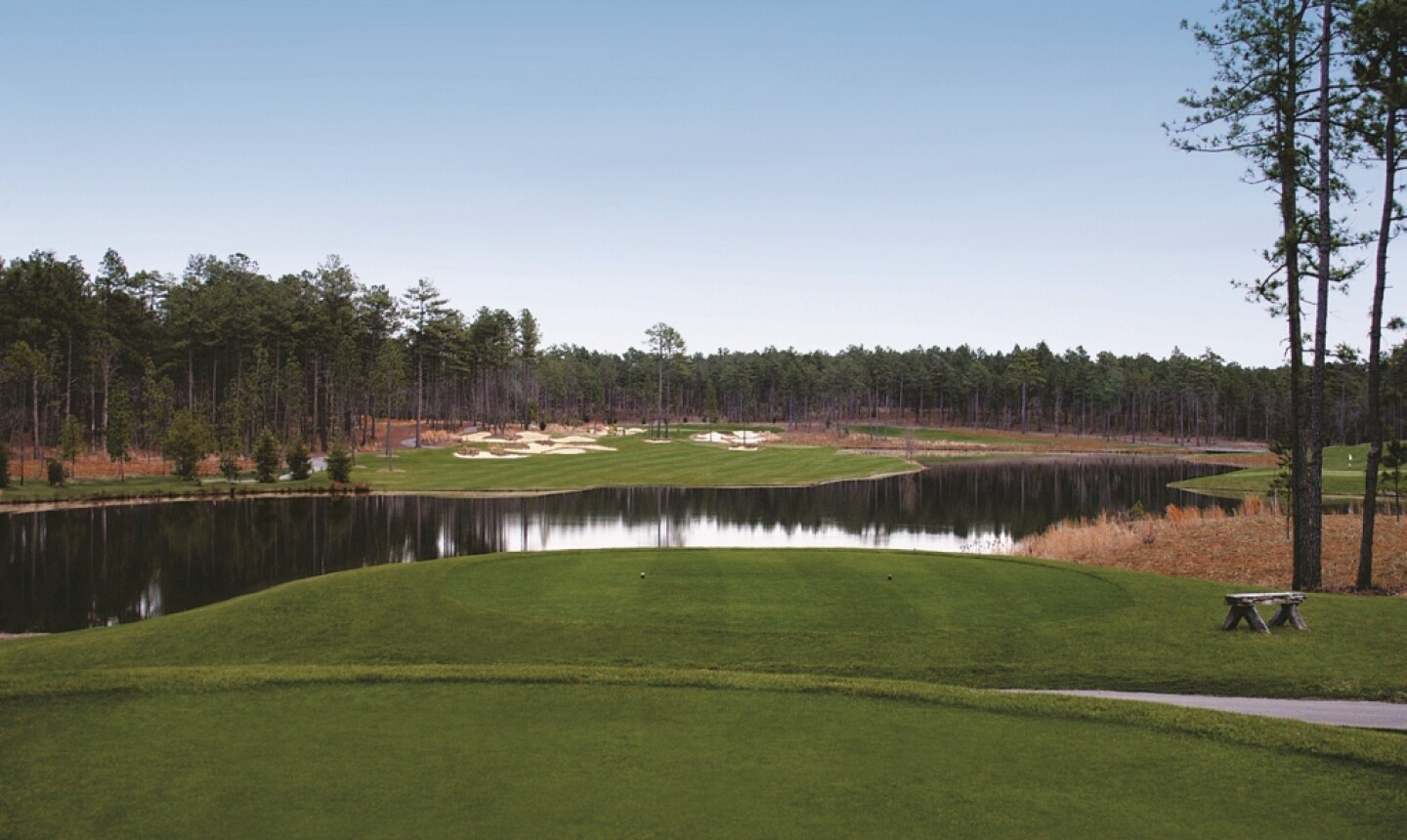 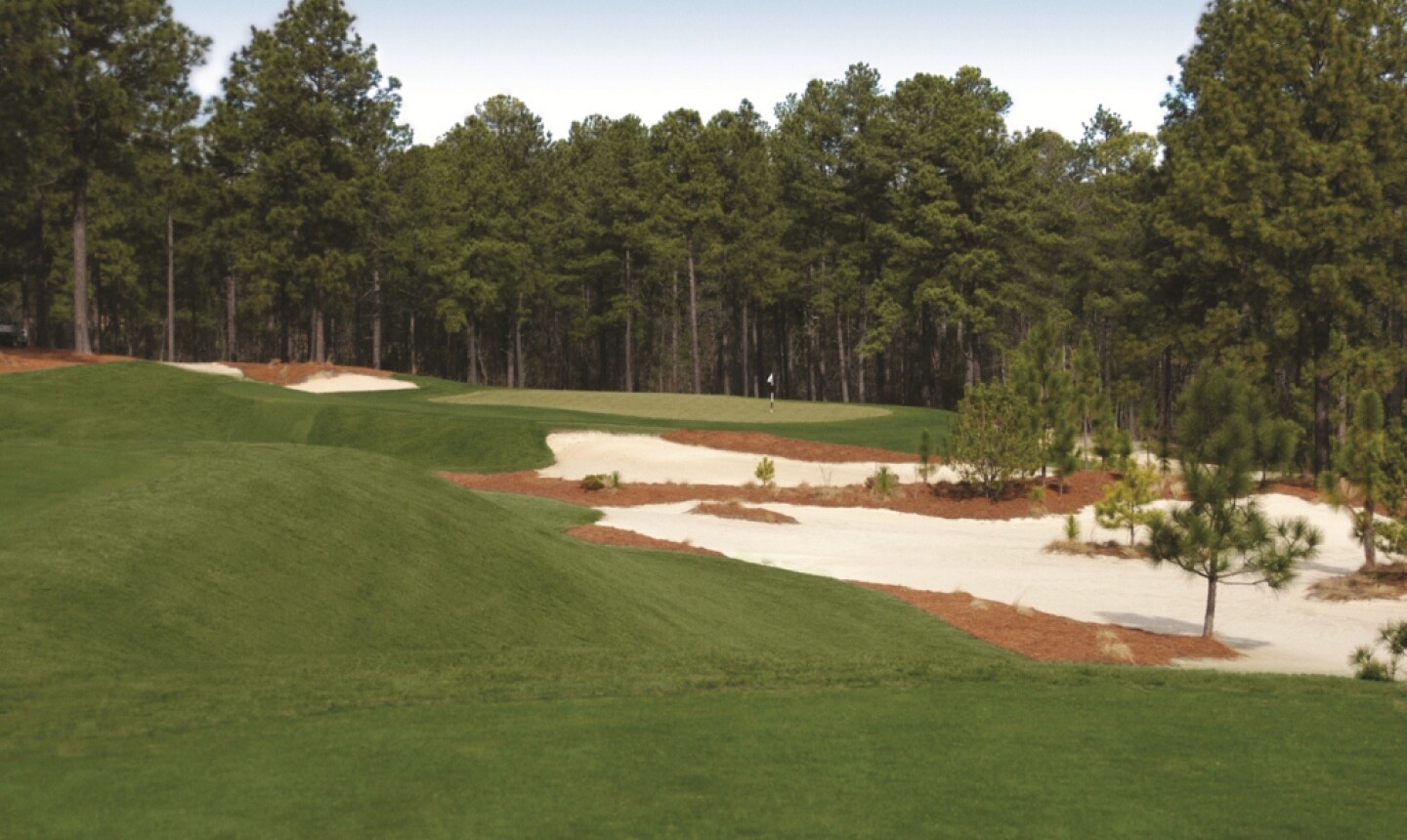 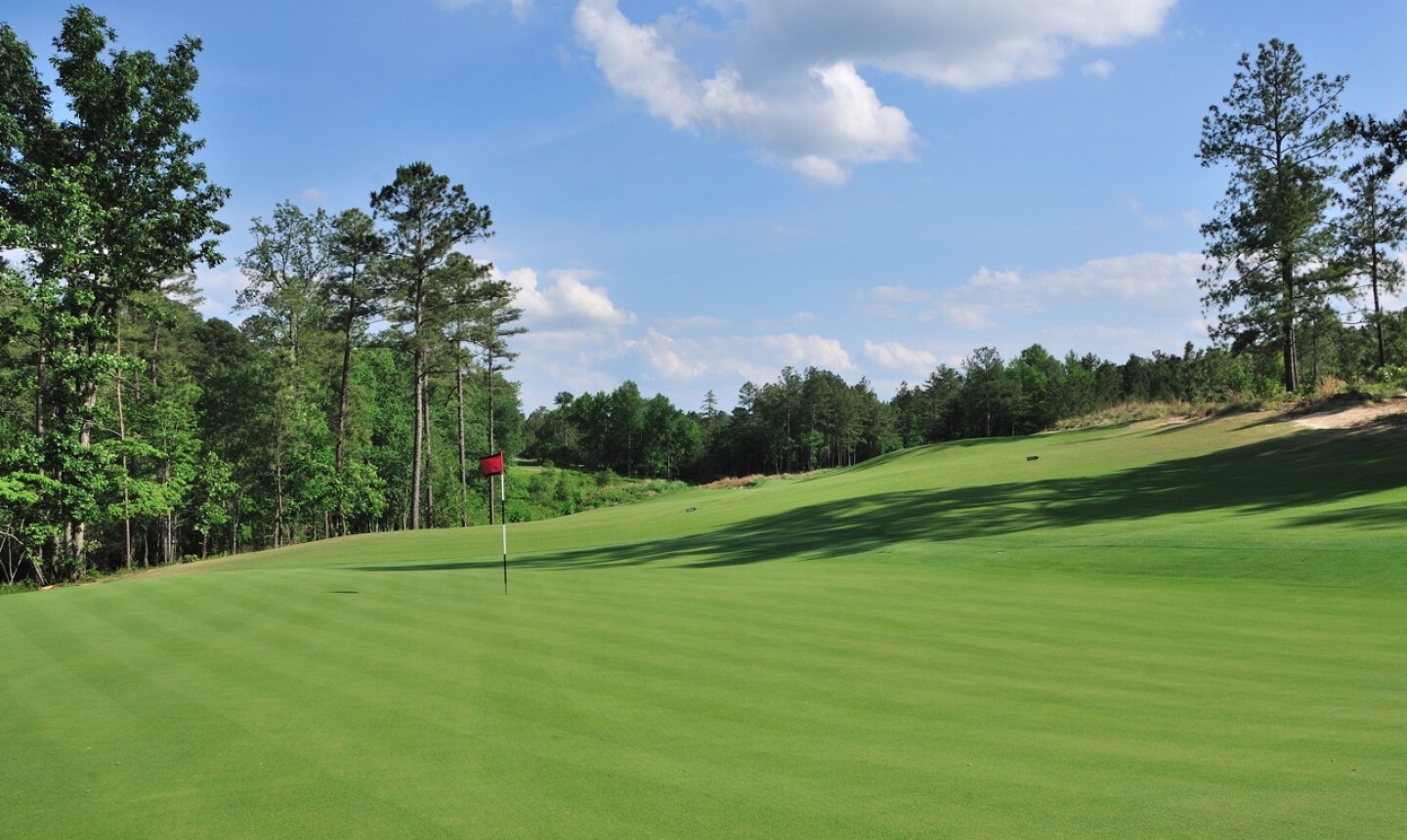 Dormie Club is a Coore-Crenshaw design minutes from Pinehurst. Courtesy of Dormie Club

During my fall trip to Pinehurst, it was evident that there was investment happening all over the destination, from resort courses to private clubs. Golf Course architect Tom Fazio is getting in on the action by investing in a 36-hole club he designed.

Fazio has joined Colony 9, LLC as an investor in purchasing Forest Creek Golf Club in Pinehurst, N.C. The transaction was completed Dec. 28 for an undisclosed price, and it marks the first time Fazio has invested in one of his own creations.

Private Forest Creek has two golf courses, both designed by Fazio, and both distinctively different. The North Course (ranked no. 41 on Golfweek's top 100 best residential course list) is more inline with the Carolina Sandhills look, and the original South (ranked 73), opened in 1996, was inspired by Augusta National.

"Forest Creek is one of the truly elite golfing experiences in this country," said Fazio, who also did nearby Pinehurst Nos. 4 and 8. "I was given carte blanche to adapt the two courses to the majestic, rolling North Carolina Sandhills topography and the result was that the layout of each challenging but playable course does not resemble the other."

Fazio's Pinehurst No. 4, which he rebuilt on top a course originally designed by Donald Ross, is currently closed and being redesigned by Gil Hanse, and will reopen this fall.

Fazio joined two other long-time Forest Creek members to form Colony 9, which has initially committed at least $2 million in golf course enhancements in the next two years. "I have always considered Forest Creek at the top of my accomplishments as a golf course architect and look forward to spending more time there while personally overseeing the renovation programs of both the North and South Courses," he said.

Dormie Club also sold, to be renovated and turn private

The announcement comes on the heels of the sale of another highly regarded layout in the area, Dormie Club.
Located just outside of the Village of Pinehurst, Dormie Club was purchased by Nebraska-based golf investment company Hainoa, LLC, making it the latest addition to the Dormie Network—a network of destination golf clubs. Under new ownership, the renowned club is set to be renovated and updated (including the construction of a new clubhouse, halfway house, and on-site lodging accommodations) as it gradually returns to its original status as a private course.

Dormie Club, which was designed by Bill Crenshaw and Bill Coore, opened in 2010. It features 110-foot elevation changes, three natural lakes and draws much of its inspiration from the Scottish Highlands.

As part of the Dormie Network, it will transition immediately from public to semi-private and eventually to private status with invitation-only membership by 2020.

With the acquisition, Dormie Club joins the ranks of Briggs Ranch in San Antonio, Texas; ArborLinks in Nebraska City, Nebraska; and Ballyhack in Roanoke, Virginia as part of the Dormie Network. Corporate and national memberships include access to and full member privileges at all courses within the network—each of which is currently ranked among the top 10 in its respective state.