Not spring yet? No worries for golfers on South Padre Island. 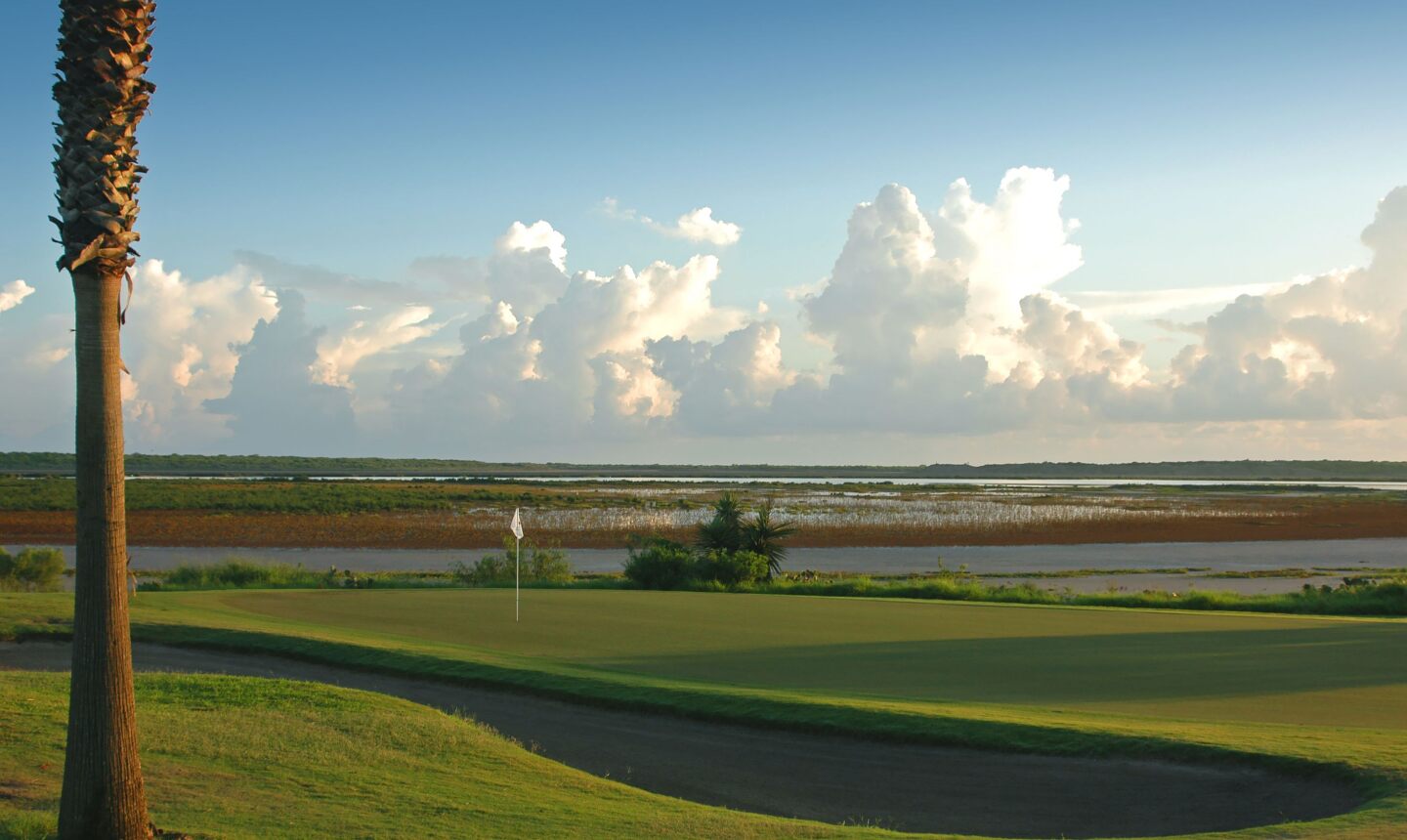 The fifth hole at South Padre Island Golf Club bumps up against the Laguna Madre. Courtesy of South Padre G.C. 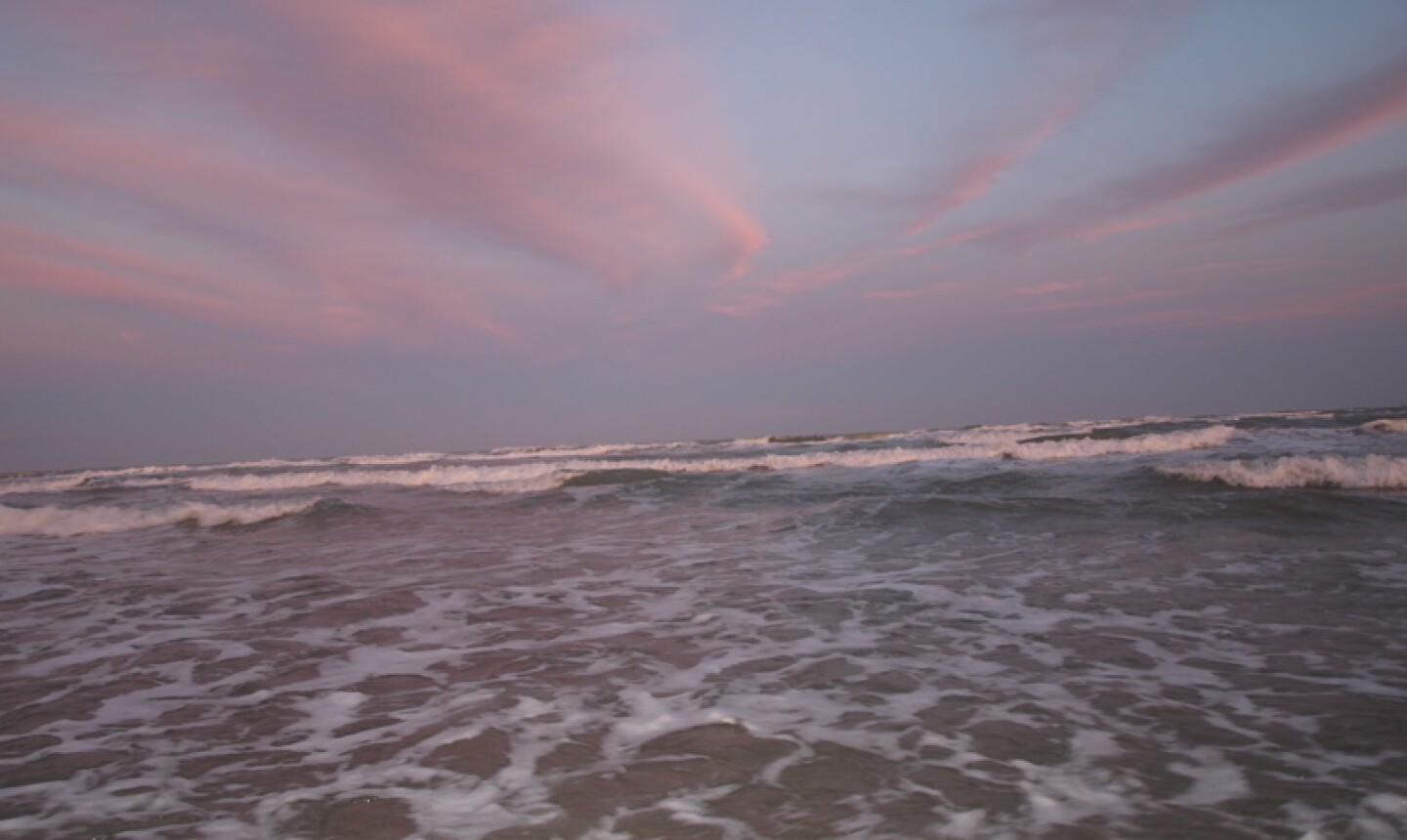 You can't go to the South Padre Island, Texas, area without checking out the beach, which is a nice place to reflect on a recent round of golf. Mike Bailey/Golf Advisor 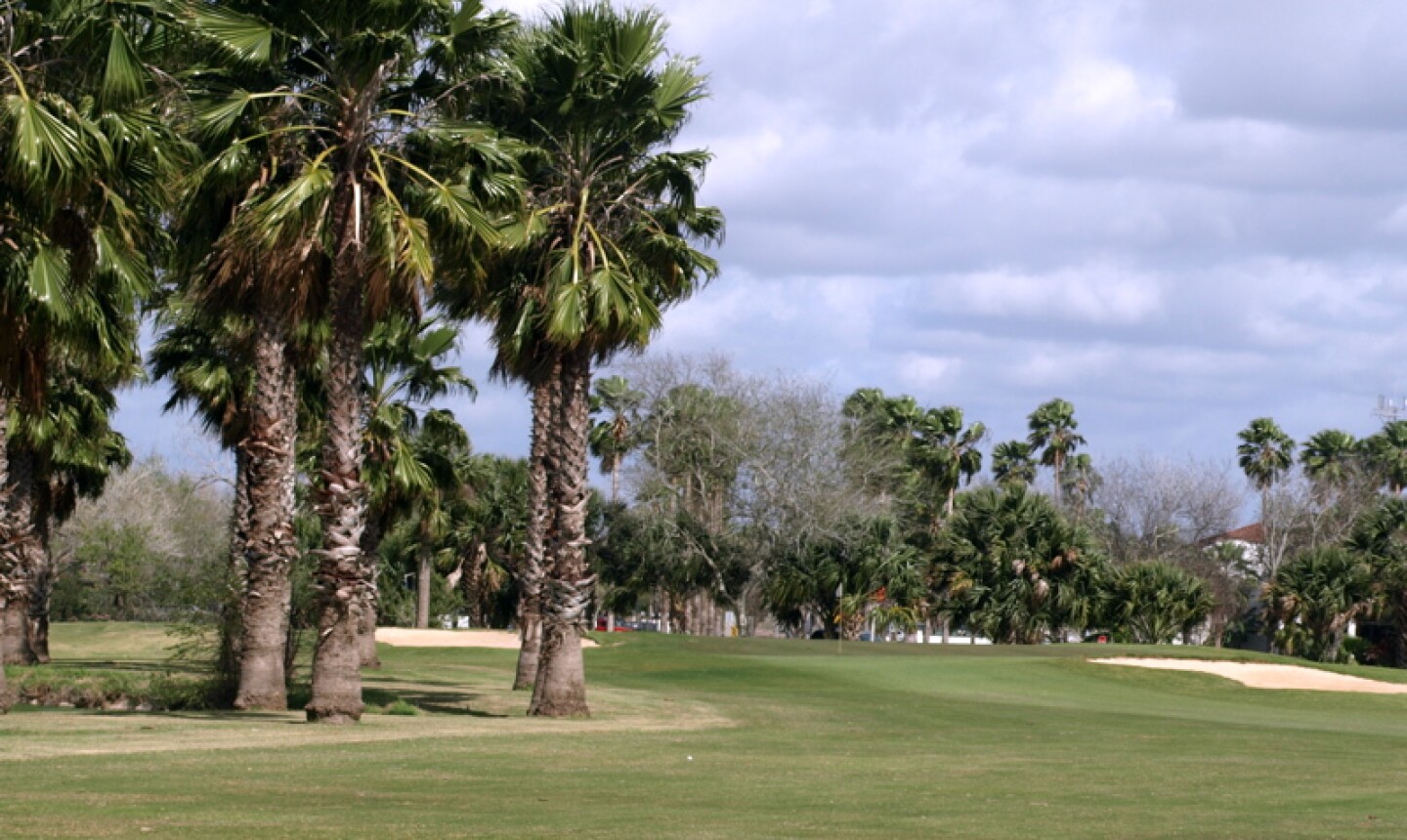 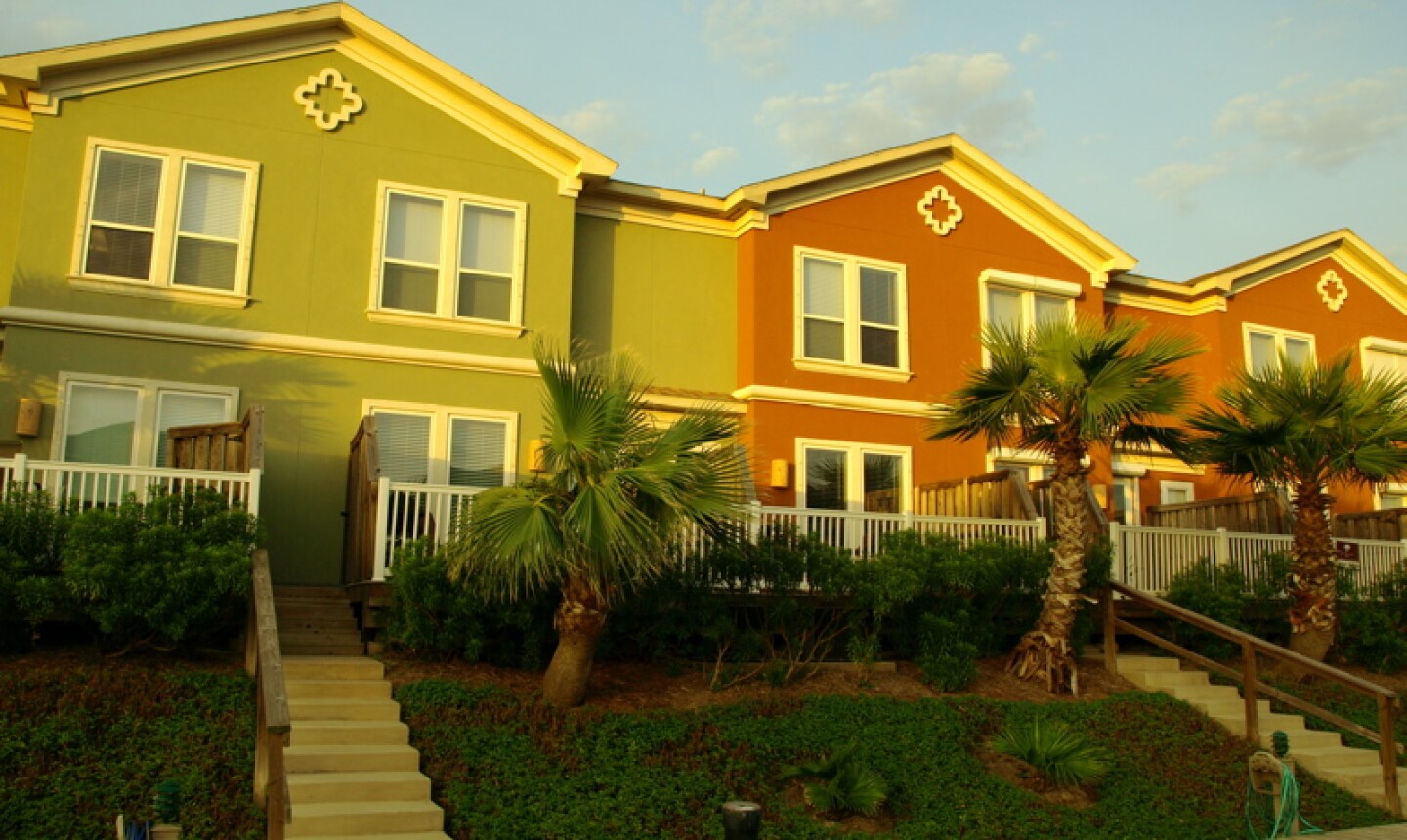 South Padre Golf Club has a variety of upscale rental properties available, including this boating community on The Harbor. Mike Bailey/Golf Advisor 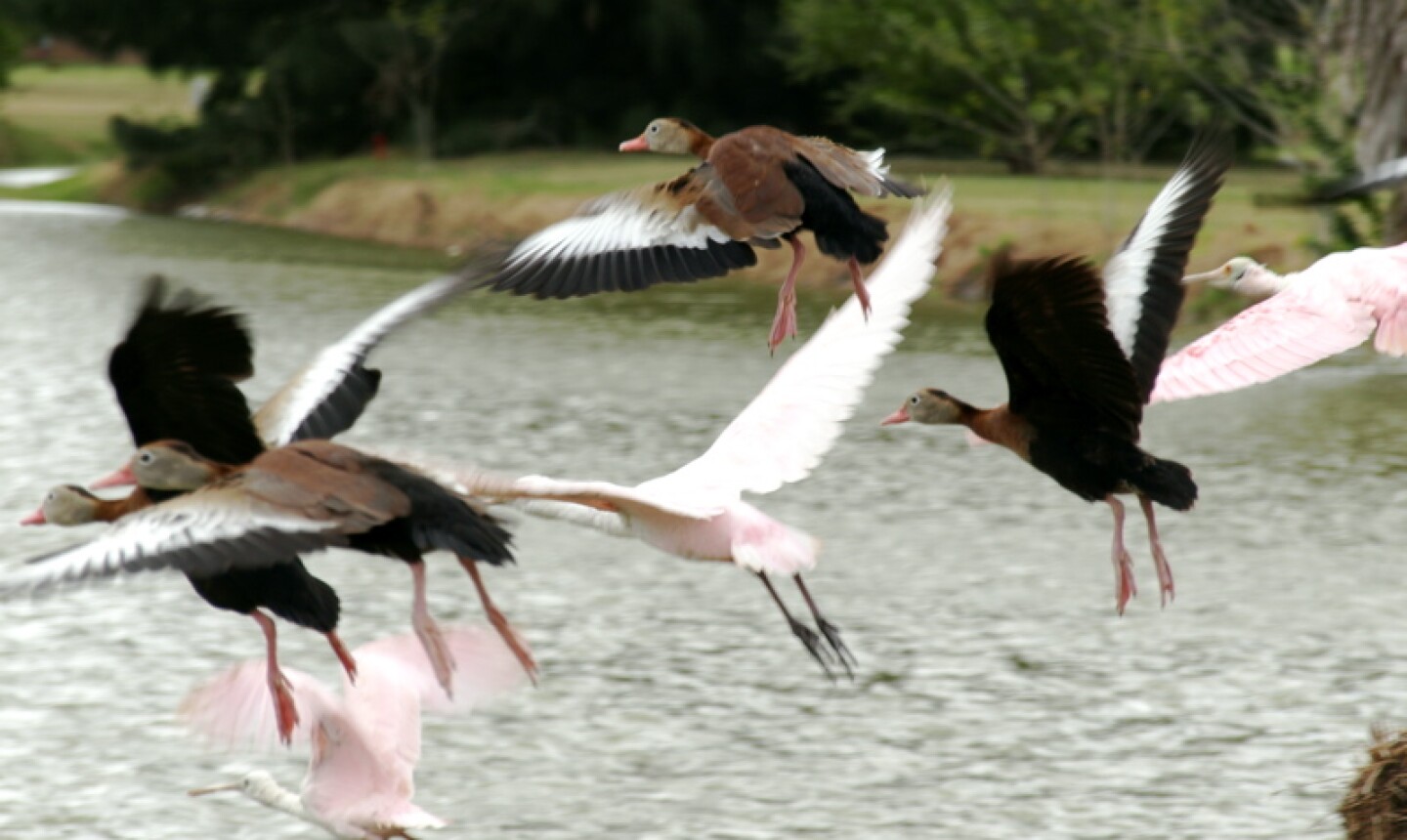 Which is exactly why the South Padre Island area is a great winter getaway for golf. Because the secret isn't really out on the local golf scene.

We're not saying this is a golf Mecca - it's probably 120 courses shy of Myrtle Beach, S.C. - but if you spent a few days on the South Texas coast, you could play three or four quality layouts, mix in a couple of other activities - such as the aforementioned great bay fishing - and have a pretty good time. Getting a tee time probably won't be difficult, and you won't have to max out another credit card to do it.

And the weather here? Well, it's called the Tropical Trail. Brownsville is on a similar latitude as Miami, so cold days are a rarity here even in the dead of winter.

A little more than a decade ago, going to the Southern tip of Texas primarily to play golf wouldn't have been recommended. At nearly 400 miles from Houston, which is on the upper Texas coast, and 600 miles from Dallas, folks traveling here in the 1980s and early '90s were probably coming to fish or simply hang out on the beach.

If they did bring their sticks, though, there was Rancho Viejo Resort & Country Club in between Brownsville and Harlingen, which remains today.

The resort has two golf courses: El Diablo and El Angel (that's The Devil and The Angel to those of you whose Spanish is worse than mine). Built in 1971, they're old school by today's standards.

Surrounded by homes and out-of-bounds, neither of them is easy. El Angel is only 6,400 yards, but if the wind is up, it will feel more like 6,800 yards. El Diablo is considered more championship level, playing about 300 yards longer, and has hosted numerous regional pro events.

This April 24-28, Rancho Viejo will be the site of the Historic Brownsville Open, a new event on the Durafamed Future's Tour. The event will be contested on El Diablo, and if it's windy, these LPGA Tour hopefuls will have their work cut out for them, especially on the par 3s. There are three of them more than 200 yards from the tips.

You'll also find plenty of water hazards - eight of them on El Diablo, a dozen on El Angel. Both courses, within the past 10 years, also got new greens, which are now tif-dwarf and very receptive, even to downwind shots.

The golf courses have limited availability to the public, but it's quite reasonable when you can get on. Club members have exclusive access to one course on alternating days. However, seasonal memberships are available and resort guests, of course, do have access to the courses.

It's not really on South Padre Island, but it's close enough to give you an oceanside links feel.

South Padre Island Golf Club is actually in Laguna Vista, Texas, overlooking Laguna Madre on the west side of the bay. When Chris Cole and Stephen Caplinger designed the course a little more than a decade ago, they had the prevailing wind in mind, and you can usually count on that sea breeze to be at a couple of clubs.

There are a number of really good holes on this 6,931-yard, par-72 golf course, and one of the shortest may be one of the best. Harkening back to Scottish links courses on the British Open rotation, the par-3 12th is just 133 yards from the back tee, but the green is completely surrounded by wetlands. Playing into a stiff breeze, it's easy to turn a short iron just enough to miss the green or not knock it down enough. Anything on the green is a victory, anything less is probably double bogey or worse.

The signature hole is the risk-reward, 334-yard, par-4 fifth. With a beach down the right side of the hole and the wind usually blowing left to right, driver is a reasonable play to try to drive the green. If you miss it right, chances are you're hitting a long sand shot out of the beach to the green, but there is the chance that errant tee shots could get caught up in the vegetation that borders the right side of the green and the fairway.

At under $50 with a cart on the weekend, Tierra Santa is a bargain, especially when you consider other winter destinations around the country.

Rancho Viejo, South Padre Island and Tierra Santa aren't the only options in the Rio Grande Valley but definitely top the list. However, if you'd like to venture out, you could try Fort Brown Municipal Golf Course, River Bend Resort & Country Club or semiprivate Valley International Country Club in Brownsville.

Rancho Viejo has some 50 rooms right on site at the resort, many of them overlooking golf holes and the nearby resaca waterway that runs through the property. One-, two- and three-bedroom configurations, complete with wireless Internet, room service and cable TV, are available.

Many of the units also feature full dining areas, kitchens and lofts.

The resort offers a number of reasonable stay-and-play packages as well as a golf school program that runs from January to April, which is peak season here.

South Padre Golf Club, which is owned and operated by Landmark Development, offers a variety of different housing units around the course and the harbors of Laguna Madre for rent. All are tastefully furnished with terrific views of the golf course or waterways.

Properties can be rented by the day, week or month.

If you like Mexican, seafood and barbecue, then this is your ticket.

Try the award-winning Diablo Shrimp at Cap'n Roy's (1313 Padre Blvd.) on the island, or feast on Mexican food at Los Comperos (1442 International Blvd) in downtown Brownsville.

Or, if you're looking for great barbecue, try Wild Blue BBQ (31230 Texas Hwy 100) in Los Fresnos. Pitmaster Abraham Avila actually went to culinary school, so this isn't just your run-of-the-mill brisket; you'll want to try the tacos there as well.

Getting there by air and car

It's a long drive to South Padre, even if you're coming from most parts of Texas. Your best bet is to book a flight on Southwest or Continental Airlines, both of which fly into Harlingen's Valley International Airport.

If you're coming from outside of Texas, you'll most likely have to connect in Houston, Dallas, San Antonio or Austin.

If you do insist on driving, you'll either wind up on Interstate 37 South or State Highway 59 South until you connect with State Highway 77 either in Corpus Christi or near Victoria. From Corpus Christi, you still have close to three hours left, but it is a pleasant drive down the Tropical Trail.

When you're talking Texas golf, remember the Alamo City
More from the author