Like a lot of golfers, what they don’t love is paying an exorbitant amount of money for golf balls. Sometimes buying a dozen high-end, brand-name balls can cost more than the round they’re playing. Golf’s most popular ball – a dozen Pro-V1/Pro-V1x balls - can cost anywhere between $40-$60 depending on what generation and where you buy them.

Uisprapassorn, a 16 handicap, said he grew tired of throwing money away every time he lost a ball in a hazard or a pond. “I’m an avid golfer no different than the people reading the article,” he said. “I’m tired of losing $3 to $4 at a time.”

Both men have thrown their hat in the ring in one of golf’s most confusing and competitive markets – selling golf balls. In 2016, Uisprapassorn launched Cut Golf Co. from southern California. A year later, Pendleton founded the Free Balls Club in Utah. Their business models and brands are quite different from one another, but there is one thing they share: The belief that good golf balls can and should be more affordable.

“The reason there is so many companies (selling balls), the golf market is tired of how expensive golf balls are,” Pendleton said. “It has opened up a secondary market. Golfers don’t want to spend $60 in a pro shop for balls. It is a crowded field … People are tired of paying for big names.”

Playing the disruptor isn’t easy, but both men believe in their products and have been encouraged by their growth over a short period of time. Smaller companies like Vice and Snell have made inroads and developed loyal followings in recent years, so why can’t they?

Pendelton has modeled Free Balls Club after the Dollar Shave Club. Golfers sign up for a membership for $15 per month. The first dozen balls every month cost $10. From there, golfers pay for the shipping and handling costs ($1 per ball) for every dozen they order. Let's say you order a dozen balls one month, the cost would be $25 total. Two dozen would equal $37 and then add $12 per box after that. There is no limit to how many balls you can order per month, and there is no contract, so you can cancel at any time without penalty. His customer is the golfer who plays a lot of golf and needs a lot of balls. Obviously, his hottest markets are Florida and Arizona, two places known for year-round golf enjoyed by retirees.

When the company first launched its website, freeballsclub.com, its ball wasn’t approved by the United States Golf Association as legal for the first 8-9 months but that didn’t seem to matter. Now with USGA-approved balls, the Club has 1,000 subscribers with the goal to hit 10,000 by 2020.

I teed up the Free Balls Club's new "Honey" ball during a recent round on the Dunes at Kamloops in British Columbia, Canada. I could tell right away the ball had a nice feel. I putted well with it and made a couple nice up and downs.

I gave the new #Honeyball from the #FreeBallsClub a spin at the #DunesatKamloops. Nice feel and was💰around the greens. It’s an odd feeling playing such an unknown brand. I kept asking: How can it be as good as my favs? No complaints here.

Most marketing is done on social media. Customers are given incentives to recruit friends. New customers are offered a free trial period for 14 days that will roll into a full membership.

“We have been growing organically and slowly,” Pendleton said. “We are at the stage where the next step is getting the ball in more players’ hands. People are always skeptical. Once they play the ball, they realize it is a good quality ball.”

Uisprapassorn used Facebook and Instagram to launch Cut. Its stable of balls have been a work in progress the past three years.

“We are constantly tinkering with the product,” Uisprapassorn said.

Although it is mostly a direct-to-consumer brand, Cut Golf Co. has a key partnership with Worldwide Golf Shops. Worldwide Golf Shops is the parent company to Roger Dunn Golf Shops, Edwin Watts Golf Shops, Golfer's Warehouse, The Golf Mart, Las Vegas Golf Superstore and others - totaling more than 80 stores in 20 states. “We have had significant growth since 2017, high double-digit growth,” Uisprapassorn added.

To Uisprapassorn, many golf ball brands are “hype and hoopla.” Cut’s marketing and packaging is counter-cultural and almost cynical in nature. Uisprapassorn vowed he wouldn't use traditional catch phrases like “more spin” or "less spin." Cut’s tagline is “Finally, a golf ball for the people.”

“I do believe that players should be brand agnostic,” Uisprapassorn said. “Take [any ball] out, hit from 80 yards and in, and that’s where the true test should be. If you are on the fence [about our ball], try it out. We understand the golf ball segment has to be one of the most fickle in the industry. There is a place for us but also for anybody else.”

Are you open to trying new golf ball brands or do you prefer the tried-and-true companies? Let us know in the comments below.

Jason Scott Deegan
Jason Scott Deegan has reviewed more than 1,000 courses and golf destinations for some of the industry's biggest publications. His work has been honored by the Golf Writer's Association of America and the Michigan Press Association. Follow him on Instagram at @jasondeegangolfadvisor and Twitter at @WorldGolfer.
39 Comments

I shoot in the low to mid 80’s and my ball of choice is the Prov1 and also use Bridgestone. I would be willing to try a cheaper ball as I have tried the Vice ball

I play golf 2 to 3 times a week. I shoot mostly in the 80's and go through a lot of golf balls. I like using a pristine ball and discard any with even a little scuff. I buy 5 or 6 dozen balls from Costco when they go on sale in the spring. They are either Callaway ot Taylor Made balls. We don't have the Kirkland brand balls in Canada yet. They sell for $29C for 2 dozen. You can't buy good used balls for that.

I am always open to try some new Idea and new balls. I am a average golfer I shoot in the mid 80's . I don't have a set preferred ball. I know some feel better and give me about 20 to 25yds farther off the Tee.
Havent seen you balls around yet but I am sure I will soon. have a great day

I enjoy trying new balls and do it all the time. As it is, I find many more balls than I lose anyway. But I also agree that the mainstream balls like Titleist and others are too expensive without a noticeable benefit.

Tried many balls including the expensive high end balls. No difference in my game.

I have used both Cut and Vice. Chose Vice for distance but do not like putting either one of them so keep going back to my Chrome Softs.

Used to be brand name, mostly Titleist, bigot. Now, in my 57th year of golf, agnostic to brand names. Looking for best fit, feel, etc. ball, regardless of vendor name.

I am willing to try other golf ball brands. I have had very good rounds for my game without top brand name balls 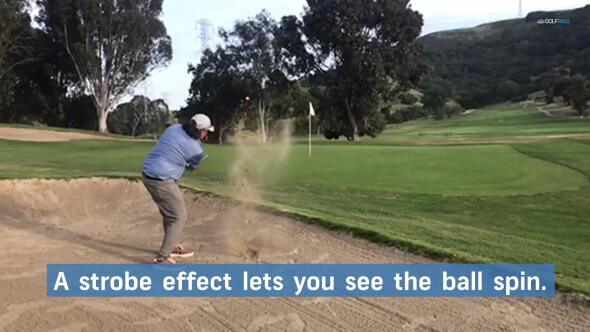 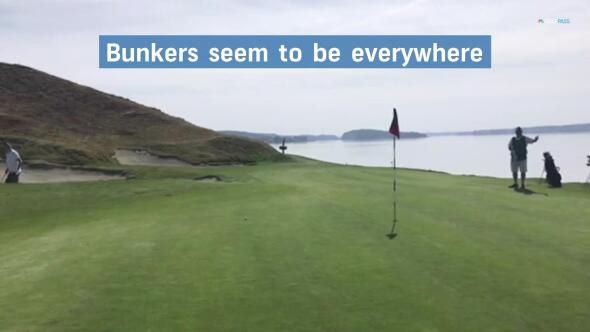 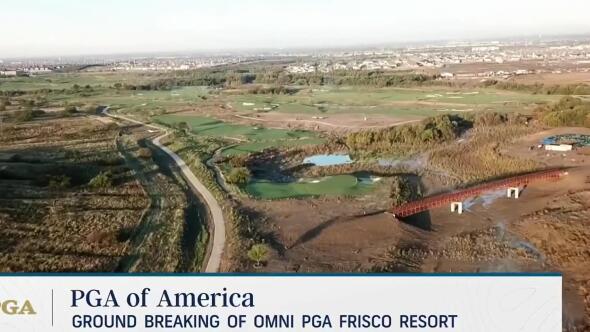 Video
4:59
Omni Frisco PGA Golf Resort breaks ground in Texas
Brandon Tucker (Senior Managing Editor, GolfPass) joins Golf Today to provide the latest updates on the groundbreaking of the Omni PGA Frisco Resort and what impact it will have on golf.

Kira K. Dixon
Lifestyle Correspondent
Now Reading
Underdogs: Smaller golf ball companies take on the big boys
New Cookie Policy
WE AND OUR PARTNERS USE COOKIES ON THIS SITE TO IMPROVE OUR SERVICE, PERFORM ANALYTICS, PERSONALIZE ADVERTISING, MEASURE ADVERTISING PERFORMANCE, AND REMEMBER WEBSITE PREFERENCES. BY USING THE SITE, YOU CONSENT TO THESE COOKIES. FOR MORE INFORMATION ON COOKIES INCLUDING HOW TO MANAGE YOUR CONSENT VISIT OUR COOKIE POLICY.
CONTINUE
Search Near Me