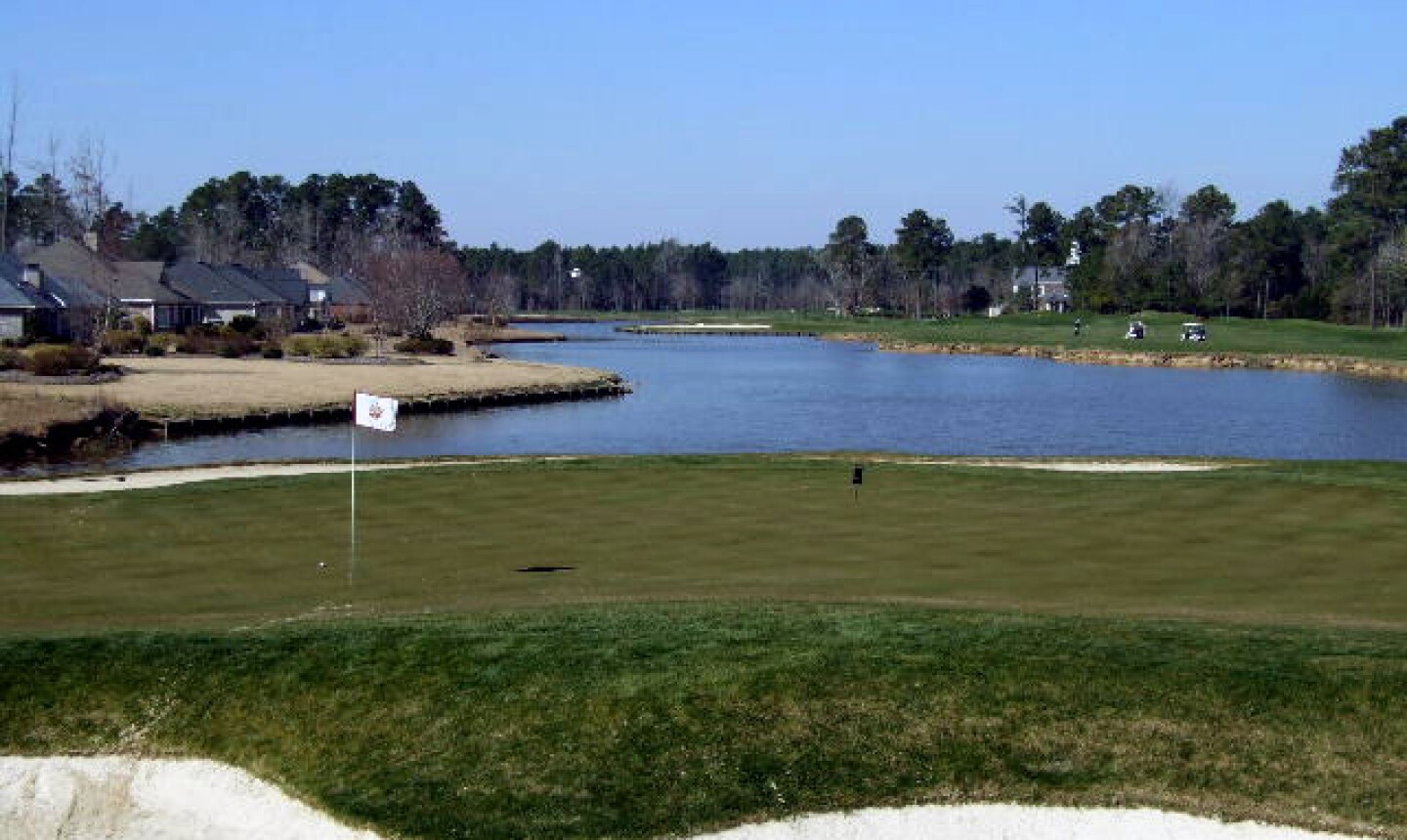 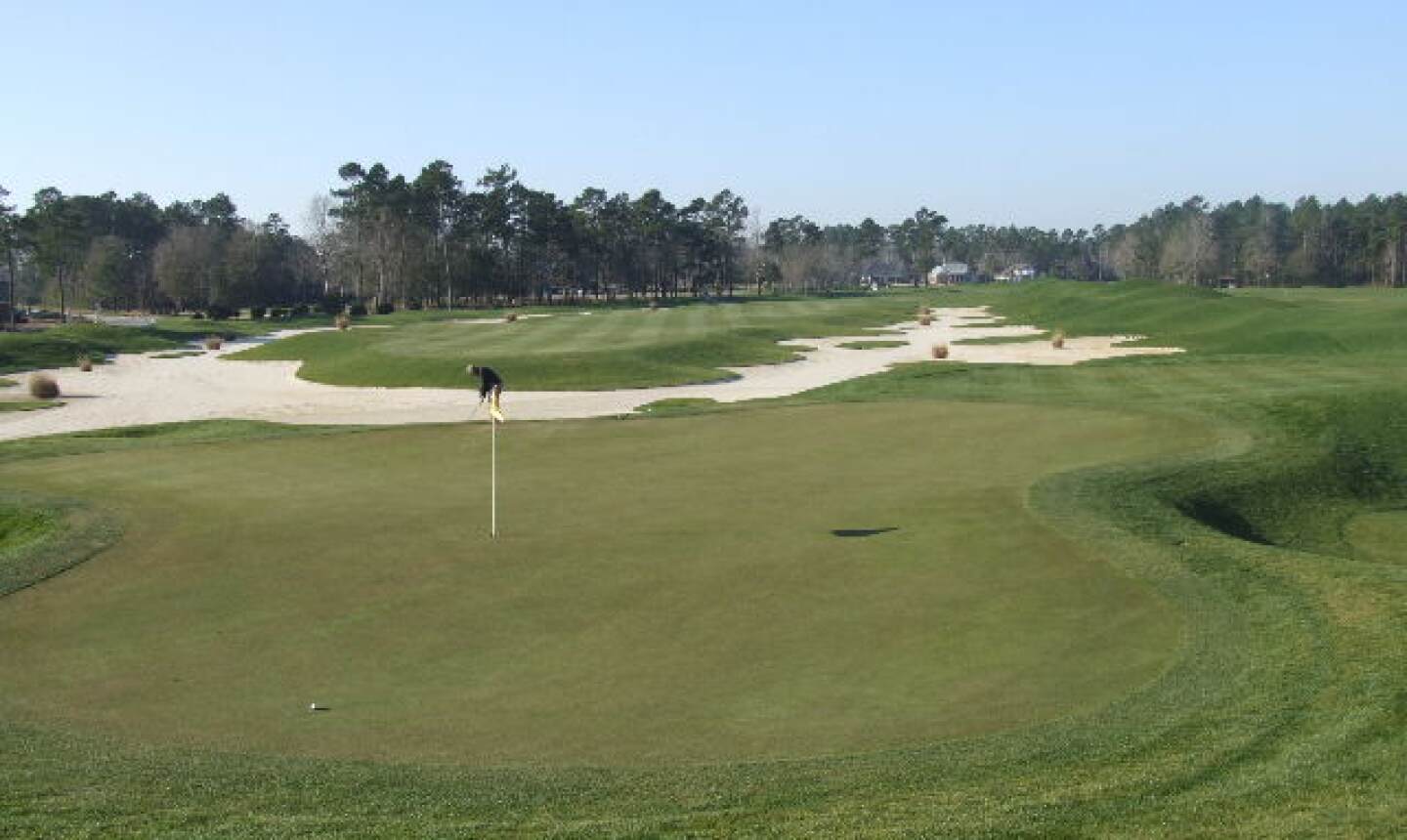 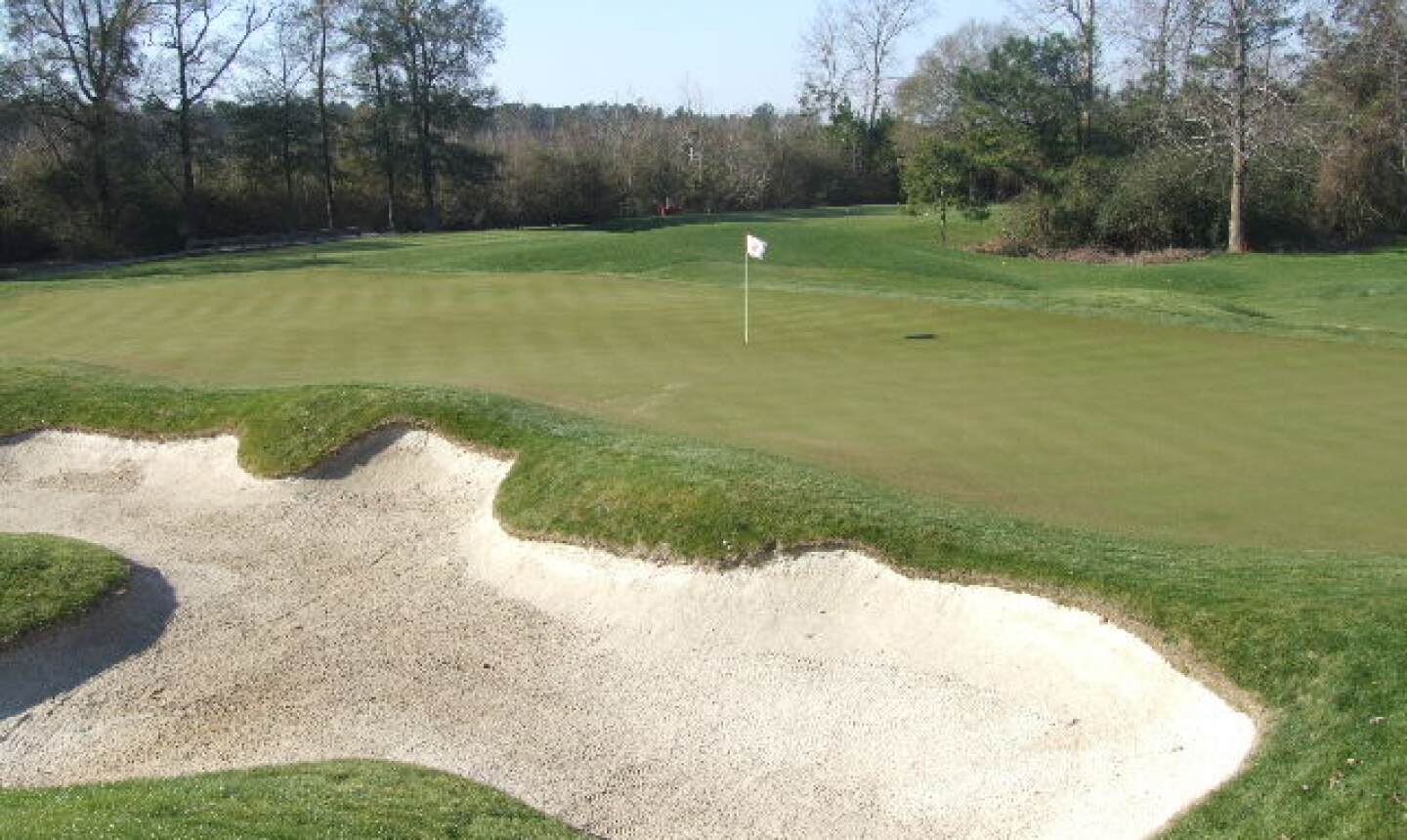 LONGS, S.C. -- Sure, you're on a golf vacation in Myrtle Beach, and there are plenty of "player-friendly" golf courses from which to choose.

But as you work your way along Myrtle Beach's Grand Strand, you're going to want to play at least one track capable of giving you a swift kick in the seat.

That's Jack as in Jack Nicklaus. You might find no harder golf course to play on Myrtle Beach than the Golden Bear's Long Bay Club.

Nicklaus began building Long Bay in 1986, the year of his last win at Augusta National. It opened two years later, and since then it has held its own as one of Myrtle Beach's most challenging.

It's not the length that makes it difficult - Long Bay plays a manageable 7,025 yards from the tournament tees. Water isn't a huge factor either, although there is an island green, and Nos. 9 and 18 offer vintage Nicklaus-design drama as the course's biggest pond winds along both holes.

Anyone who knows the place, from members to bag boys to pro-shop staff, will tell you exactly where you're going to lose strokes: poor approaches.

"You can't short-side yourself here on your approach," said Head Professional Jim Fellner. "If you've got an approach to a pin in the front of the green, you might want to take an extra club, or else your chip on will be tough and you'll have a 20-footer for par."

Pins here can be cruelly tucked, just a few paces off the edge. The greens are not huge, but they are guarded heavily with sand, swales and collection areas, making few chips routine.

The par 3s are a highlight of Long Bay's design. The eighth is a testy 179-yard shot over a pond to an elevated green protected by water. There is a small bailout area right. No such luck on the 156-yard 13th, which plays to a shallow green surrounded by water with a small bunker sitting front right.

The club's signature hole, No. 10, is one of the Strand's most photogenic. The fairway is guarded by a giant waste bunker that horseshoes around it. This expanse of sand is so big it doubles as the hole's cart path - a technique uniquely employed several times here. It's the clearest display of the reason for the course's playground nickname.

The 10th isn't the most difficult par 4 here, though. That honor is reserved for No. 3, which features a slanted, narrow green with a bunker in front and plenty of mounding around. It's only 377 yards from the middle-back tees, but you'd be well-advised to get your drive out as far as you can; you'll need great finesse to put your ball on the tricky green.

There are five sets of tees here, and if you think the 6,209 yards from the whites is too short you might regret moving to the 6,593-yard blue tees - any chance to hit a wedge instead of an 8-iron to the green could easily make the difference of a couple strokes. Choose wisely, or be ready for what the locals call a "long day at Long Bay."

Long Bay is the kind of golf course you're going to want a second go at (replays are offered for a discounted rate). It's sneaky-hard, with a lot of trickery around the greens that you can't pinpoint from the fairway. The comparatively open fairways let you have a little fun off the tee, but be careful with your approaches.