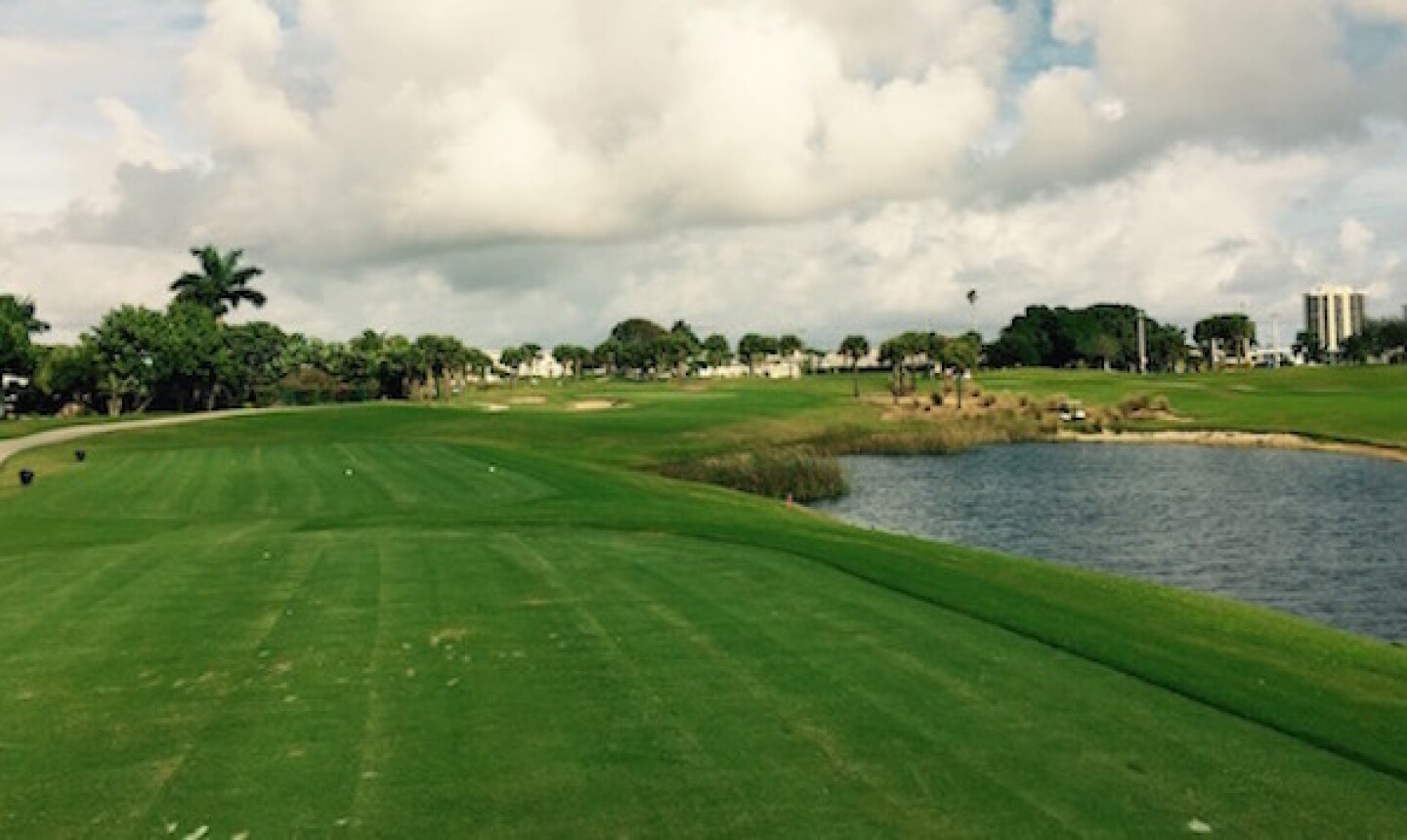 In a past tip about PGA National Resort & Spa in Palm Beach Gardens, Florida, we praised the marquee, Honda Classic-hosting Champion Course but advised that there are better, off-resort options compared to the four other golf courses there.

Three Palm Beach golf courses in particular stand out to us as affordable alternatives to pricier tracks such as PGA National's. Here they are:

Don't let the "Country Club" tag fool you - this course is thoroughly public, and well worth playing.

Despite its proximity to PGA National Resort, the North Palm Beach Country Club, redesigned by Jack Nicklaus, seems like a world apart.

Nicklaus transformed the overplayed, poorly conditioned layout into an appealing municipal jewel — the rolling terrain is a pleasant surprise for Florida golf vacationers.

Although a neighborhood surrounds the course, neither houses nor streets run through it. Likewise, you are spared the monotony of condo- and/or lagoon-lined fairways hole after hole, which is so common on Florida golf vacations.

Rather, this North Palm Beach golf course provides a links-style game with an expansive feel and its many elevated tees present inviting and exciting downhill shots to wonderfully wide fairways. During our visit, the course was in very good shape, too, except for several bunkers that needed raking.

Be advised, however, that this is a long, tough track. The par-71 routing now stretches to 7,071 yards, nearly 800 more than before. Wind is usually a factor, the rough can be thick, and the undulating greens often induce three-putts.

Non-residents on Florida golf vacations can reserve tee times up to five days in advance. And while the green fee has increased significantly since the Nicklaus redesign, at $55-$115, including cart, NPBCC is still a bargain compared to other Palm Beach golf courses.

Why so reasonable? As a labor of love for his home county and the game, the Golden Bear worked on this Palm Beach golf course free of charge.

Similar to what Jack Nicklaus did to revitalize North Palm Beach Country Club a few years earlier, the design team of Mark McCumber took a dowdy West Palm Beach Golf course and turned it into yet another excellent public option.

Originally built in 1947 and designed by Dick Wilson, West Palm Beach Golf Course hosted professional events for decades in its heyday. McCumber and his group managed to retain the strong bones of the original layout while modernizing it for 21st century players. The course now measures a shade over 7,000 yards from the tips, with four other well-spaced sets of tees ensuring that all levels of player are comfortable.

Rates at WPBGC are incredibly reasonable, topping out at $46 in the busy Winter season and dipping under $20 for super-twilight play.

Before you dismiss the idea of playing a par-3 course on your next Palm Beach golf trip, consider the following: the only way to play a course in Florida with more ocean and river views is to have elite private club connections to nearby clubs like Seminole Golf Club and Gulf Stream Golf Club.

Designed by Dick Wilson with subsequent renovations by Raymond Floyd, Palm Beach Par 3 is a splendid walk or ride that bobs between the Lake Worth Lagoon and the Atlantic Ocean. Its 18 holes range in length from a mere 81 yards to as much as 211 yards, meaning most of your golf bag will receive a workout, in addition to your short game. Green fees top out at $48, but the after-3 pm rate is just $34. Playing a leisurely round in the late afternoon here is sure to be a trip highlight.

NPBCC has great bones but is played hard and can show in its condition. Lots of poorly maintained bunkers and excessive unfilled divots in the fairways.

Still a must play as long as you can tolerate the poor attitude of Joe in the clubhouse. This guys acts like he is personally doing you a favor by letting you play as a non member. Someone should buy him a book on customer service and teach him how to say "how can I help you"... Maybe I just expect to be treated with some courtosy and a smile when I am dropping $100 on a round of golf.

Totally agree about the Par 3 course. It is in great shape, has a great restaurant with Ocean Views and the back 9 is right along the Atlantic. Lots of fun

I also recommend that you include Madison Green Golf Club in West Palm Beach. It is a very reasonable price and I was completely astounded at the beauty of the course which requires a lot of good shot-making. The greens and fairways were impeccable; this is definitely a stellar course and one of my all-time favorites!!