Phoenix/Scottsdale's Arizona west-side story is all about golf value 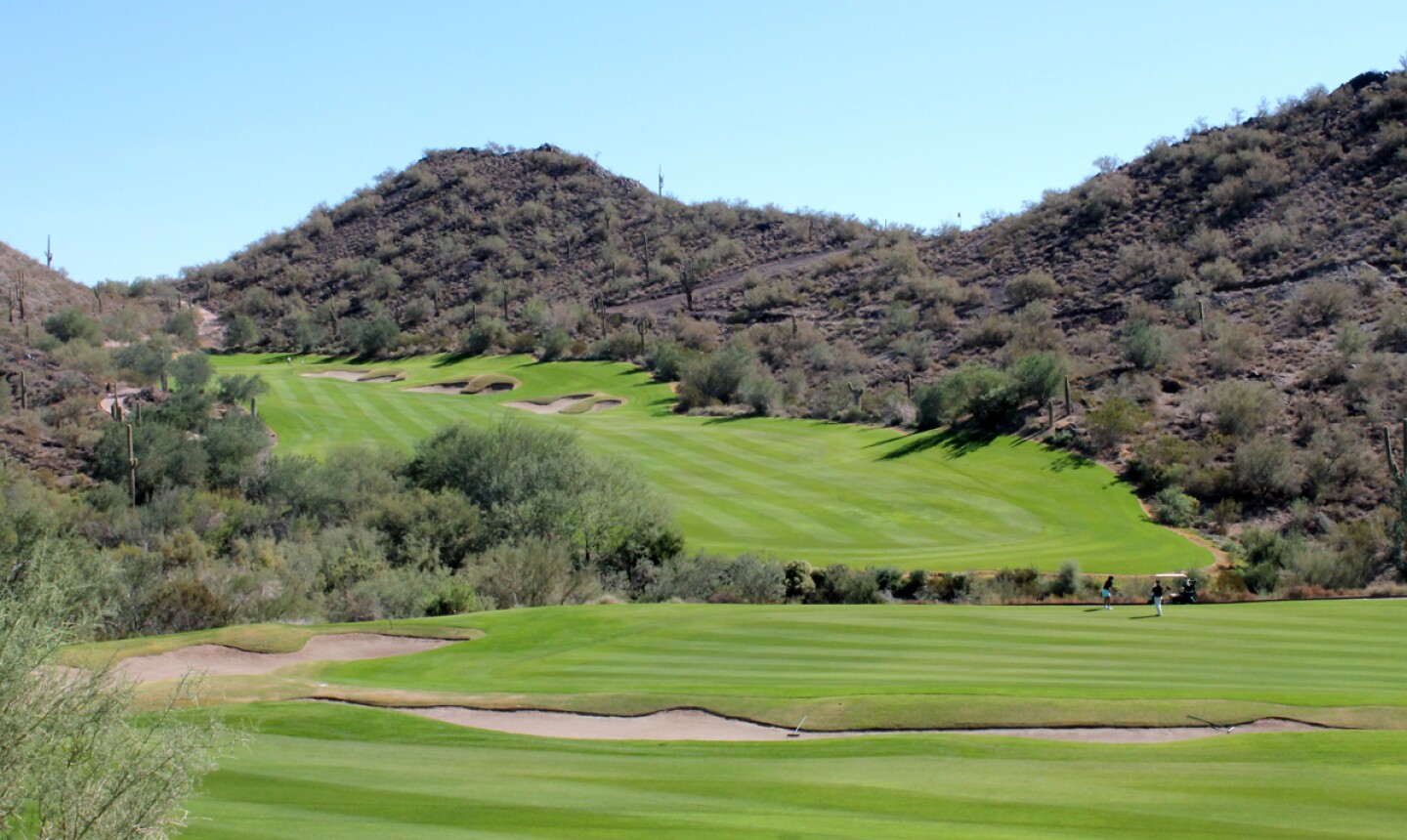 You get the Arizona-mountain feel at Quintero Golf & Country Club. Wes Gilbertson/Golf Advisor 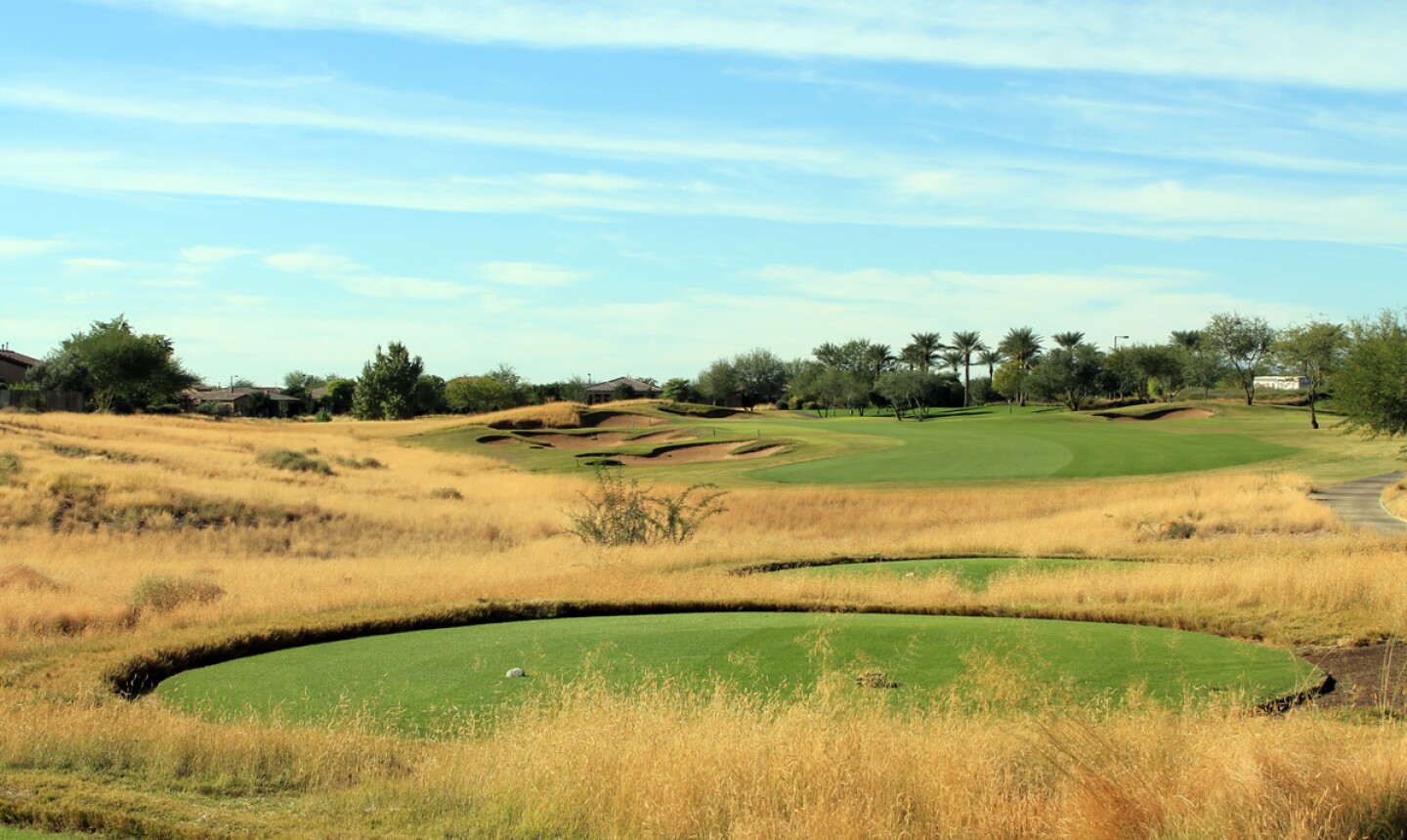 The feel of the desert awaits at Trilogy Golf Club at Vistancia. Wes Gilbertson/Golf Advisor 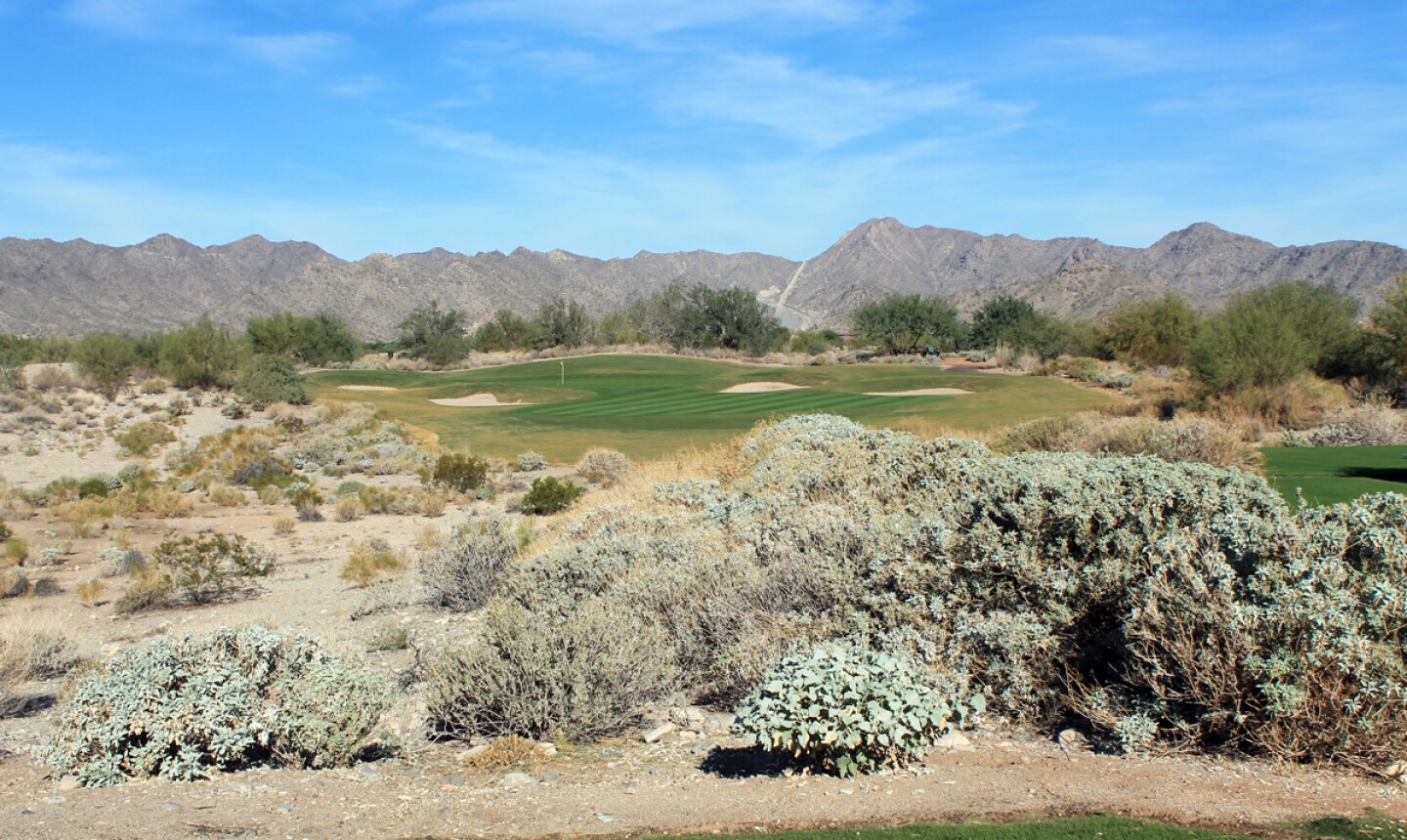 Long hitters will hate the rough at the Raven Golf Club at Verrado. Wes Gilbertson/Golf Advisor 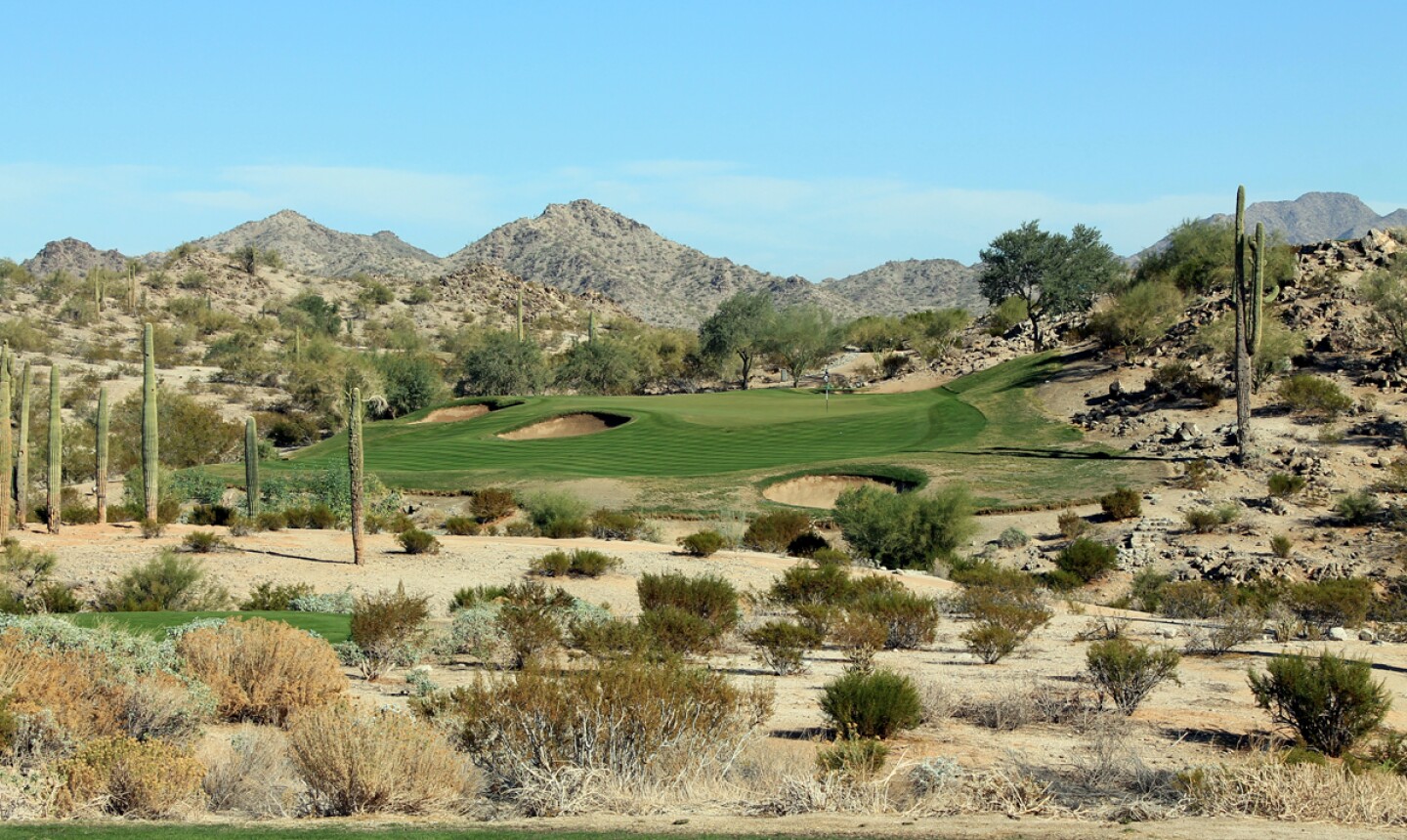 Good values at Golf Club of Estrella can be had for savvy golfers. Wes Gilbertson/Golf Advisor

PHOENIX -- Around these parts, there are four directions -- north, south, east and "way out west."

Ask a Phoenix or Scottsdale resident about the West Valley, and there's a good chance they'll motion wildly with one arm, as if telling you to go deep for a football pass.

Ironically, if the NFL's Arizona Cardinals didn't host their opponents in Glendale, some folks wouldn't even know there was life -- and we're talking humans, not rattlesnakes and cacti -- on this oft-forgotten side of the Valley of the Sun.

"You know the famous New Yorker cartoon where they show the Hudson River and then L.A.?" questioned Tom Wilcox, director of golf at Quintero Golf & Country Club in Peoria, one of the largest municipalities in what's collectively known as the West Valley.

"Well, I think a lot of people think the Phoenix metro area stops at (Interstate) 17 and there's nothing west of there except Wickenburg, the cowboy town."

These days, nobody in the West Valley carries a six-shooter. A six-iron? Now that's another story.

We planned a trip to the West Valley because of access to a house in Goodyear, the perfect spot to escape the snow back home and rest our eyes between rounds of golf. Remote as it appeared on a map, our digs were 45 minutes from the Sky Harbor International Airport. Or, as the locals would say, "way out west."

It's worth noting you don't need free accommodations to feel like you're getting a bargain golf getaway in the West Valley.

At the Golf Club of Estrella (Jack Nicklaus II, 1999), the so-called "inclusive package" for the fall months included as many holes as you can play in a day, plus lunch and a dozen Titleist Pro-V1s, all for $105.

The same amount will get you a couple of beers and a round of golf at Quintero (Rees Jones, 2000), once an exclusive private hangout where some memberships fetched nearly $150,000.

Trilogy Golf Club at Vistancia (Gary Panks, 2004) was the only course in Arizona to score full five-star status from Golf Digest back in 2008, yet almost every green-fee rate remains in double-digits.

And a single-day replay at Raven Golf Club at Verrado (2004, John Fought/Tom Lehman) will cost you just $30. In fact, you can play 36 holes for less than $100 in shoulder season and won't shell out too much more at prime time.

"One of the things we say is, 'It's Scottsdale golf at half the price,'" said Greg Ellis, general manager at the Trilogy at Vistancia. "There's great golf in the West Valley, and the value you receive is overwhelming compared to what you'll pay anywhere else. The difference is just the distance you have to travel to come play one of these golf courses."

What sets Scottsdale apart, especially for the serious golf addicts, is convenience. You can tee it up at two separate tracks -- and grab lunch in between at a steakhouse or shopping mall food court -- and only register a handful of miles on your rental car.

That's not the case in the West Valley. Everything is spread out. While not impossible, you'll be hard-pressed to tee off at two different courses before the sun sets. If you're planning to party at night, this is the wrong place.

Think of it as the not-so-wild West.

"When I first got here, people would say, 'Boy, this is really out here.' And I'd say, 'Well, I live over in Carefree/Cave Creek, and it's only 35 minutes,'" said Quintero's Wilcox, who has been meeting a lot of first-timers since they started welcoming public play in 2010. "And now when people say, 'Boy, this is really out here,' I just say, 'Isn't it great?' It's so quiet."

When sizing up golfing locales in the Phoenix metropolitan area, west will never be considered best.

That doesn't mean there's no reason to find out what's on the other side of I-17. The West Valley can't compete in terms of quantity, but courses such as Golf Club of Estrella, Quintero, Raven at Verrado and Trilogy at Vistancia stack up with what's being offered across town. If you're building a golf trip on a budget, your buck will go a lot further "way out west."

"When I'm talking to people, I talk to them about value. You could play five great golf courses on this side of town for half of what you would you would pay for similar quality courses on the other side of town," said Doug Foss, manager of sales and marketing at Raven at Verrado.