San Antonio offers plenty of fun away from the golf course

Planning a San Antonio vacation? Find your inner kid and drive it off the course 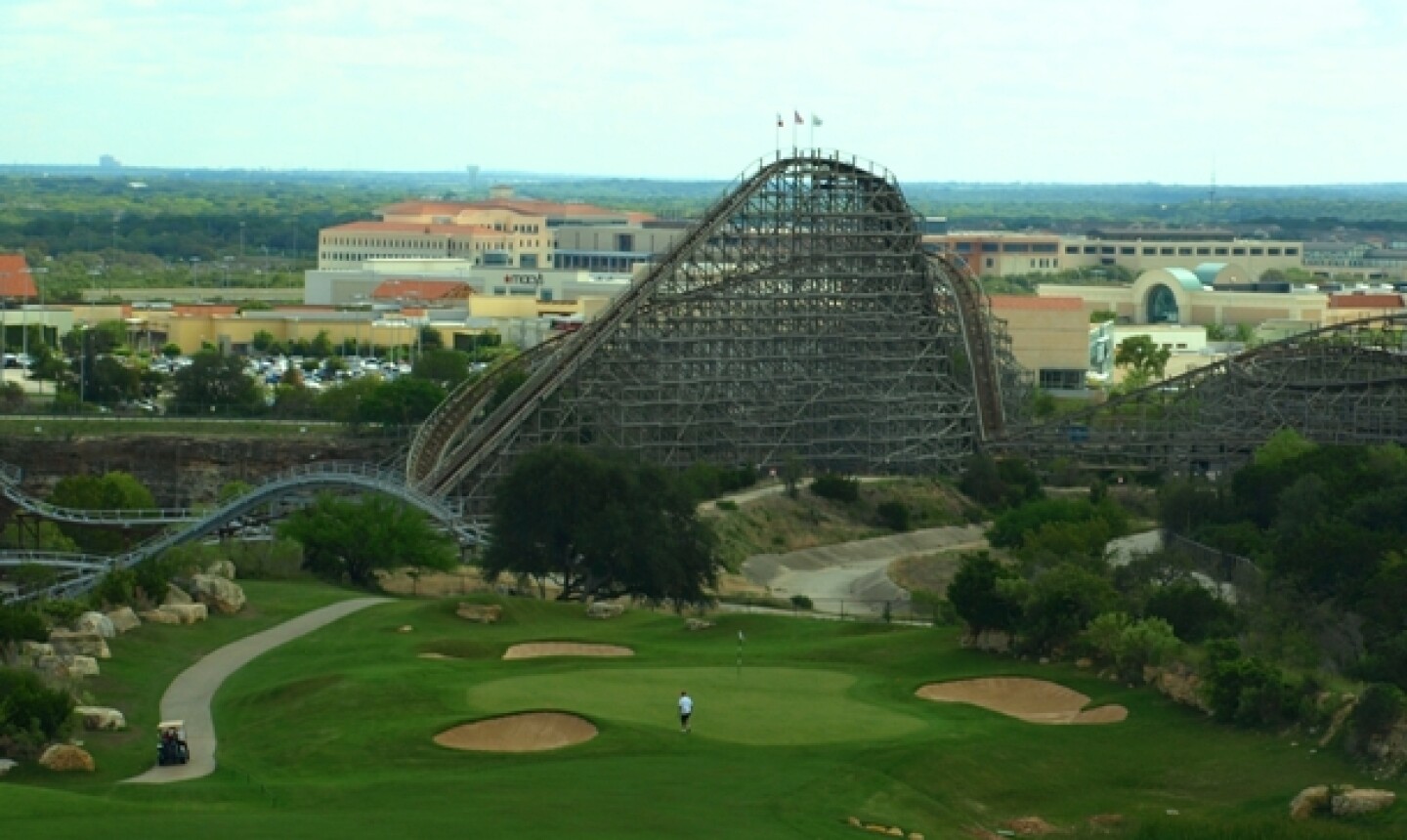 The view from the seventh tee on the Resort Course at the Westin La Cantera provides a good view of the nearby Six Flags Fiesta theme park right. Mike Bailey/Golf Advisor 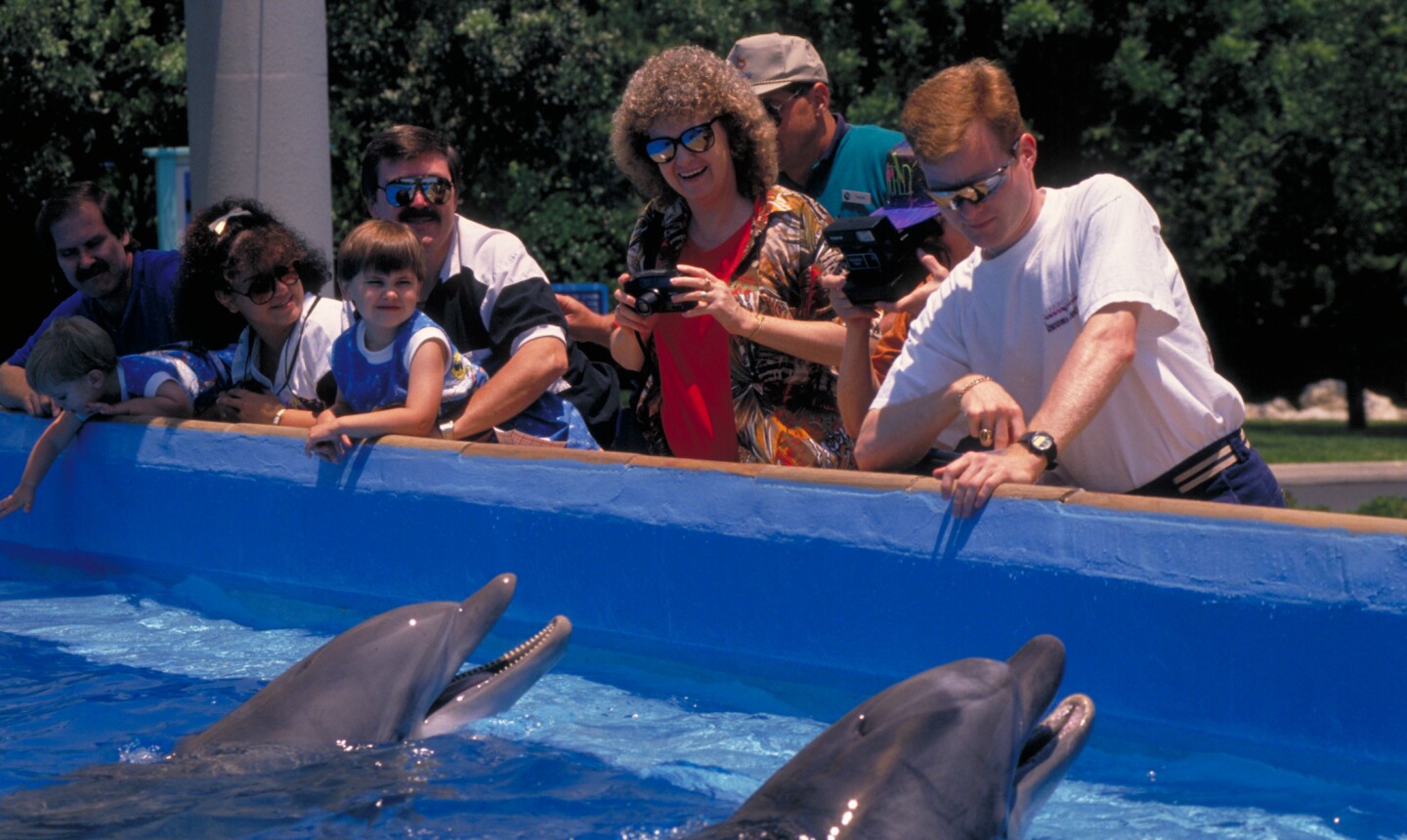 Petting the dolphins at SeaWorld is one of the park's most popular activities. Courtesy of San Antonio CVB 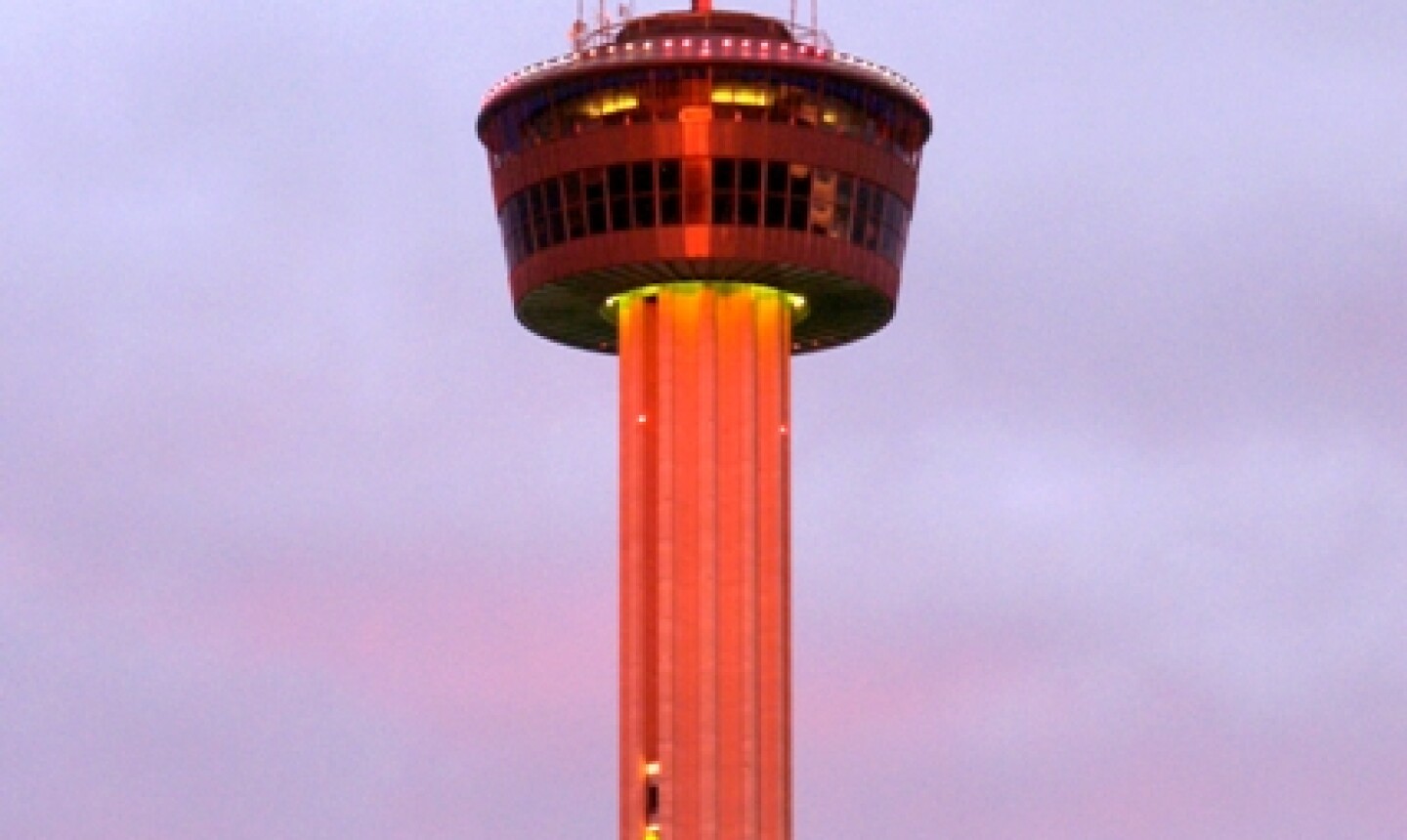 The Tower of Americas in downtown San Antonio is a great place to watch a sunset. Courtesy of Al Rendon/SACVB 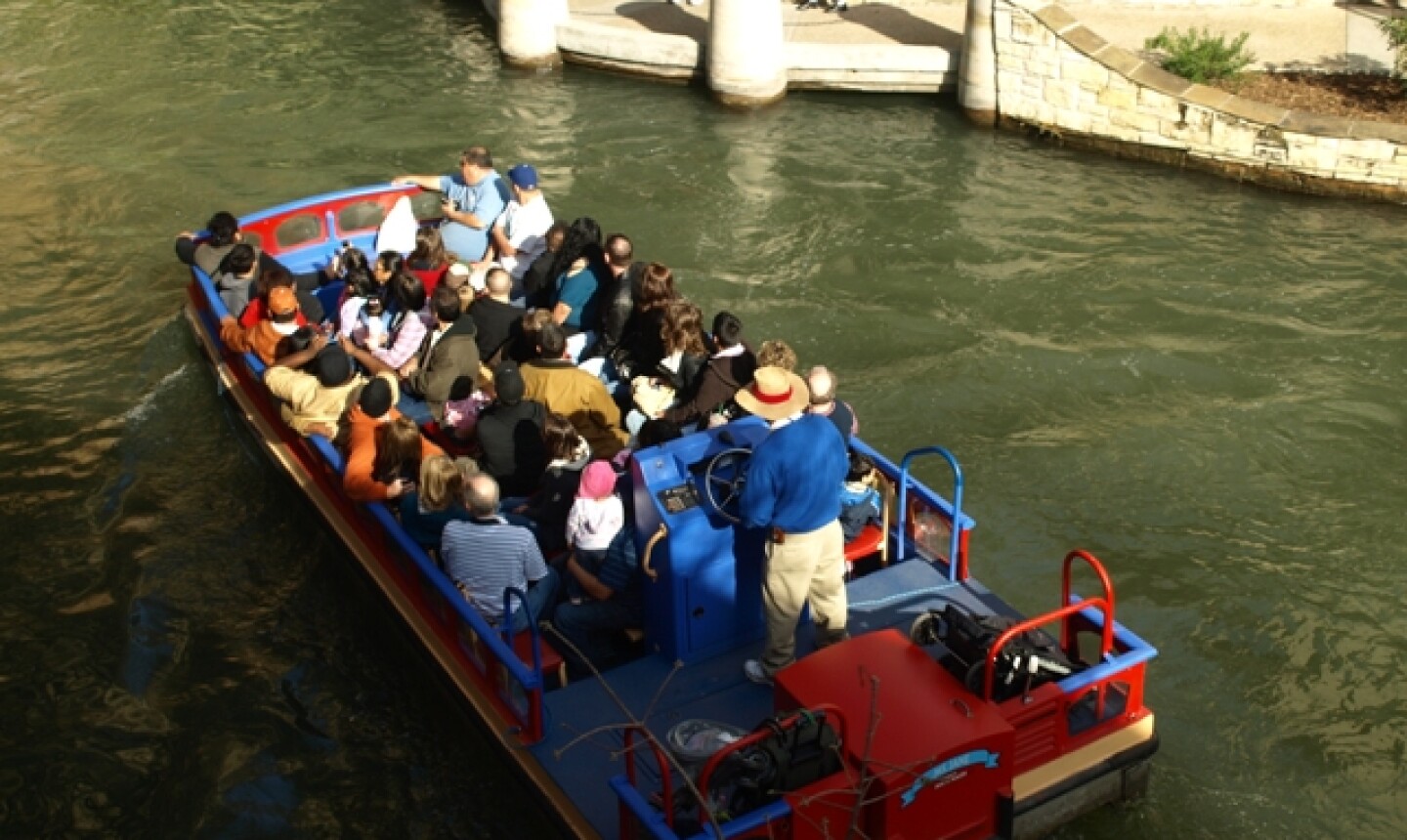 One of the best ways to travel the River Walk is on a river barge. Mike Bailey/Golf Advisor 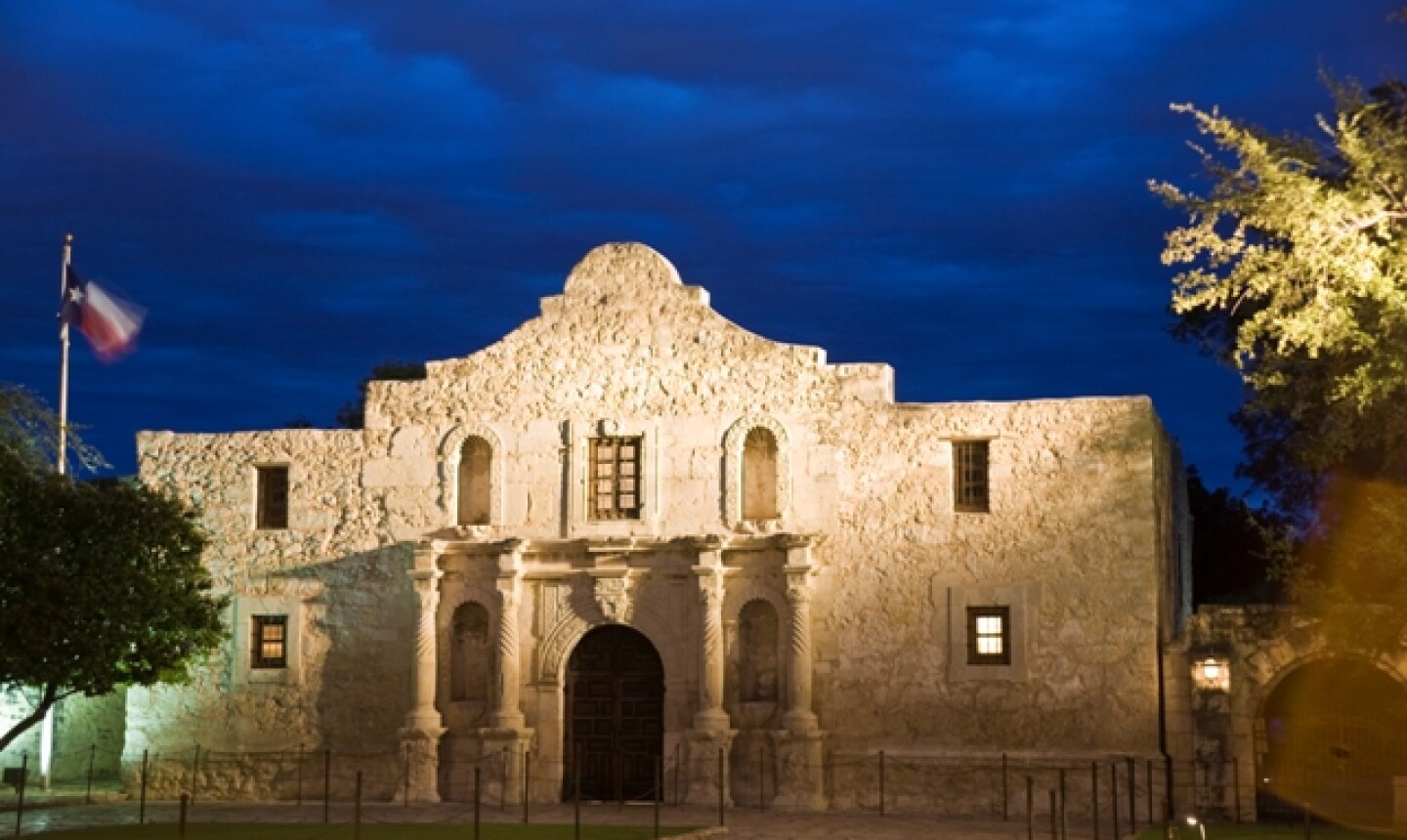 Don't go to San Antonio without visiting the Alamo. Courtesy of Richard Nowitz/SACVB

SAN ANTONIO - The seventh hole on the Resort Course at the Westin La Cantera is a roller coaster, literally and figuratively.

This drivable par 4 starts high on a rocky cliff and ends perched precariously next to a lake. Behind the well bunkered green, there stands a real roller coaster – and a few more amusement-park rides.

A thrill-seeker might, at this point, think: "I wish I had scheduled a little time for cotton candy and the Rattler."

While San Antonio has emerged as a golf destination, especially with the recent opening of the TPC San Antonio and JW Marriott on the city's northwest side, other things make it particularly attractive. If you plan a San Antonio golf trip and don't take at least a day – and really, one is not enough – to see some of the sights and attractions, you're committing a disservice.

San Antonio offers all sorts of things to see and do. Here are five fun attractions in the Alamo City that appeal to the kid in any golfer:

I've visited Six Flags theme parks all over the country, and the atmosphere at Fiesta Texas might ranks as my favorite.

First off, the 200-acre park next to the Westin La Cantera sits in limestone quarry surrounded by 200-foot stone cliffs. The park has a real Texas feel – from the Rattler roller coaster (visible behind the Resort Course at the Westin La Cantera) to the park's Los Festivales section, which celebrates the area's Hispanic heritage. This is where you can ride the Goliath, a coaster that climbs 10 stories before flying up and over a vertical loop.

There's also Spassburg ("fun town" in German), which pays homage to the German settlers who immigrated to the region in the 1800s. And you know what that means - authentic German beer and bratwurst. Additionally, the price of admission includes access to the water park, unlike some other theme parks, so bring a swimsuit during the hot summer months.

San Antonio's marine park, near the Hyatt Hill Country Resort, opened as the third SeaWorld in the United States after San Diego and Orlando. You'll find all the usual suspects like Shamu, walruses, penguins and lots of cool rides, including a great hyper coaster called the Steel Eel.

New for 2010 is the Azul Show, perhaps best described as something of a Cirque du Soleil with beluga whales, Pacific white-sided dolphins, colorful birds and human acrobats. There are also plenty of animal exhibits, including Dolphin Cove, where visitors can reach out and touch dolphins eager to swim toward the edges of the tank.

Drinks and dinner at the Tower of Americas

This 1968 landmark dates to San Antonio's time as host of the world's fair. Back then, to dine at the rotating restaurant 750 feet in the air was pretty special. It afforded 360-degree views of the city and still does today.

Yes, it's a bit of tourist trap, but every visitor should take at least one cruise on a San Antonio River Walk barge. Guided tours provide a detailed history of the area, including the origins of the river and its development, as well as some compelling stories about historical figures who lived and worked in the buildings that still stand at more than a century old. Several restaurants on the River Walk also offer dinner cruises, which can turn especially festive at night with a Margarita or two in hand. Visit RioSanAntonio.com for more information.

You can't go to San Antonio without touring the Alamo, right?

The Alamo, actually one of five missions established by the Spanish Catholic church along the San Antonio River in the 18th century, was built primarily to extend the dominion of the church northward from Mexico and to convert the native population. The group of five ranks as the largest concentration of missions in North America, and the Alamo, of course, is the most famous.

Before you visit, watch one of the many movies on the subject.

The Alamo, in he heart of the city, stood for 100 years before it fell in the 1836 Battle of the Alamo. You'll recognize the often-photographed church facade, but there's so much more to explore, as evidenced by the relics in the Long Barrack Museum. The other four missions in San Antonio, worth a visit, remain open to the public. 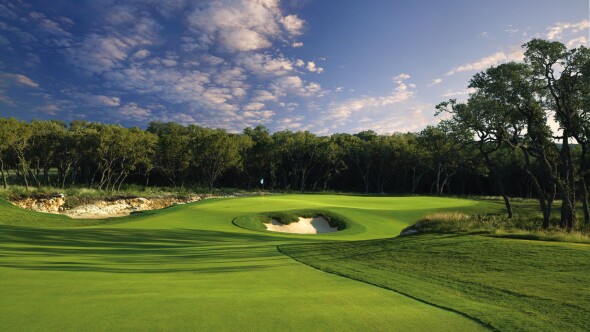 Articles
Golf at TPC San Antonio: Oaks and Canyons courses are full of similarities, differences
Two of 2010's most anticipated golf courses officially opened in January: TPC San Antonio's Oaks course and Canyons course. The Oaks was designed by Greg Norman and consultant Sergio Garcia, while the Canyons was designed by TPC's favorite architect, Pete Dye, and consultant Bruce Lietzke. Both were built to host top tour events, but they come with many differences, too.
3 Min Read

Tim Gavrich
Senior Writer
Now Reading
Planning a San Antonio vacation? Find your inner kid and drive it off the course
Search Near Me