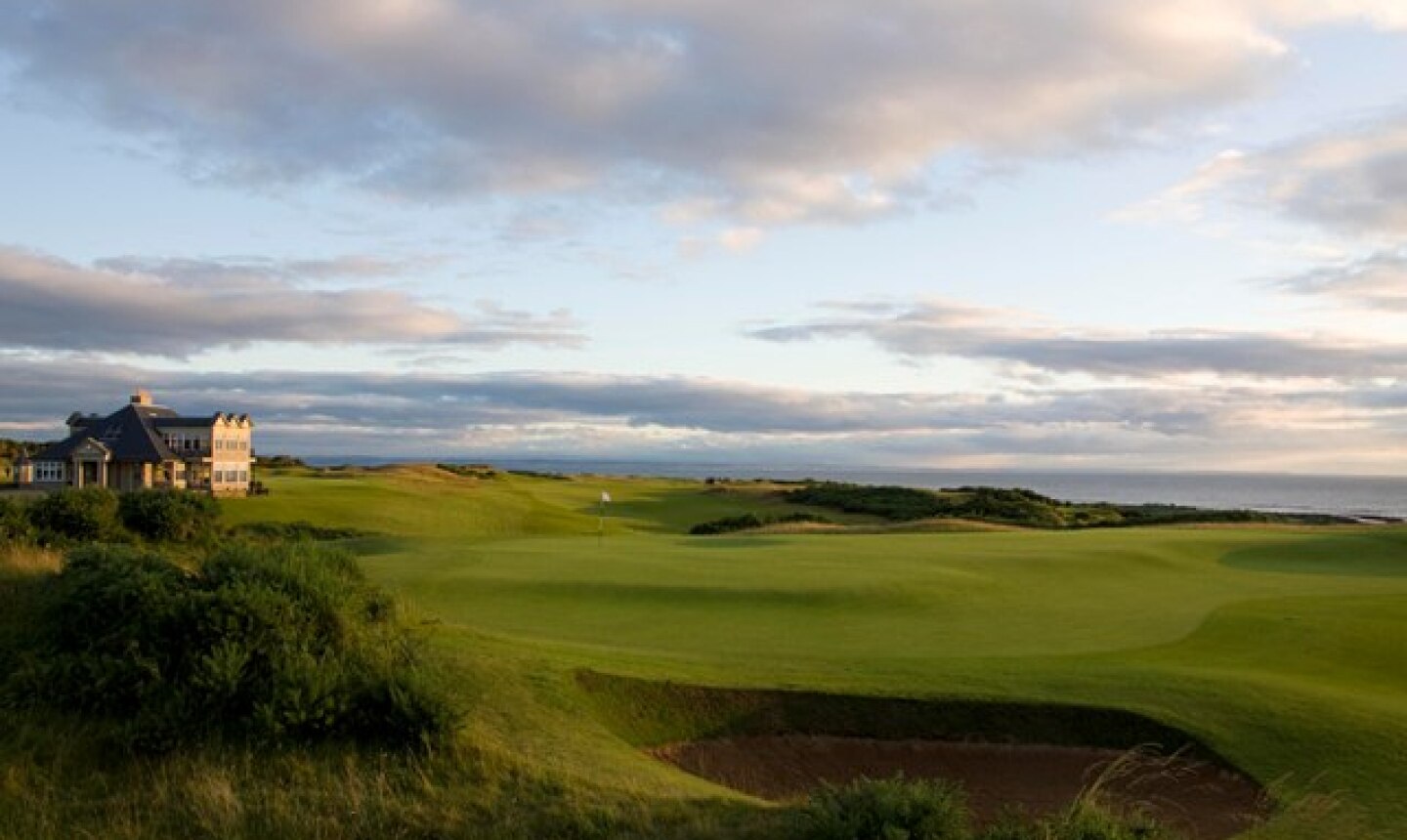 The par-5 ninth at Kingsbarns is risk-reward with plenty of risk. Courtesy of Lain Lowe/Kingsbarns 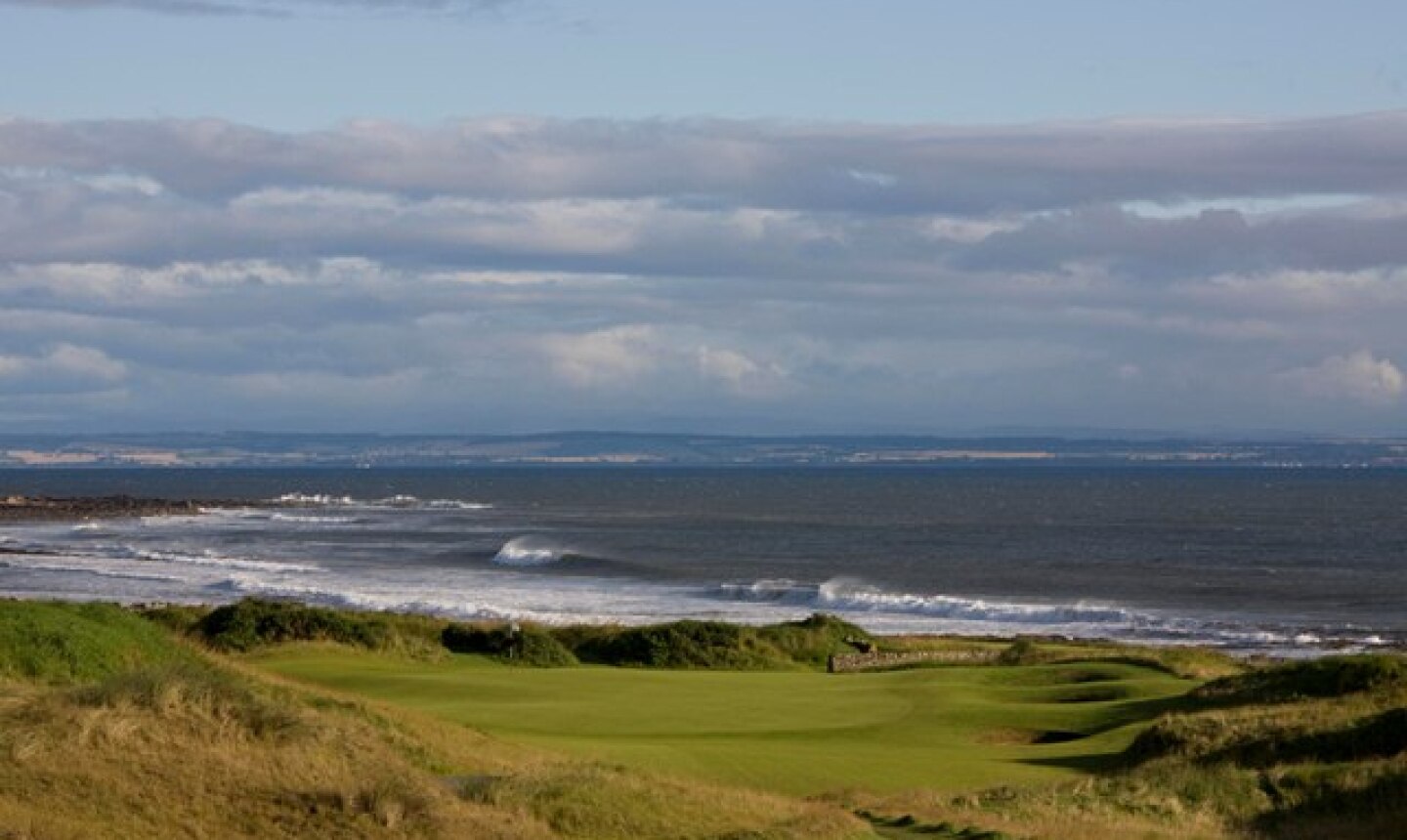 The ocean is a distraction on the stunning, par-3 second hole at Kingsbarns Golf Links. Courtesy of Lain Lowe/Kingsbarns 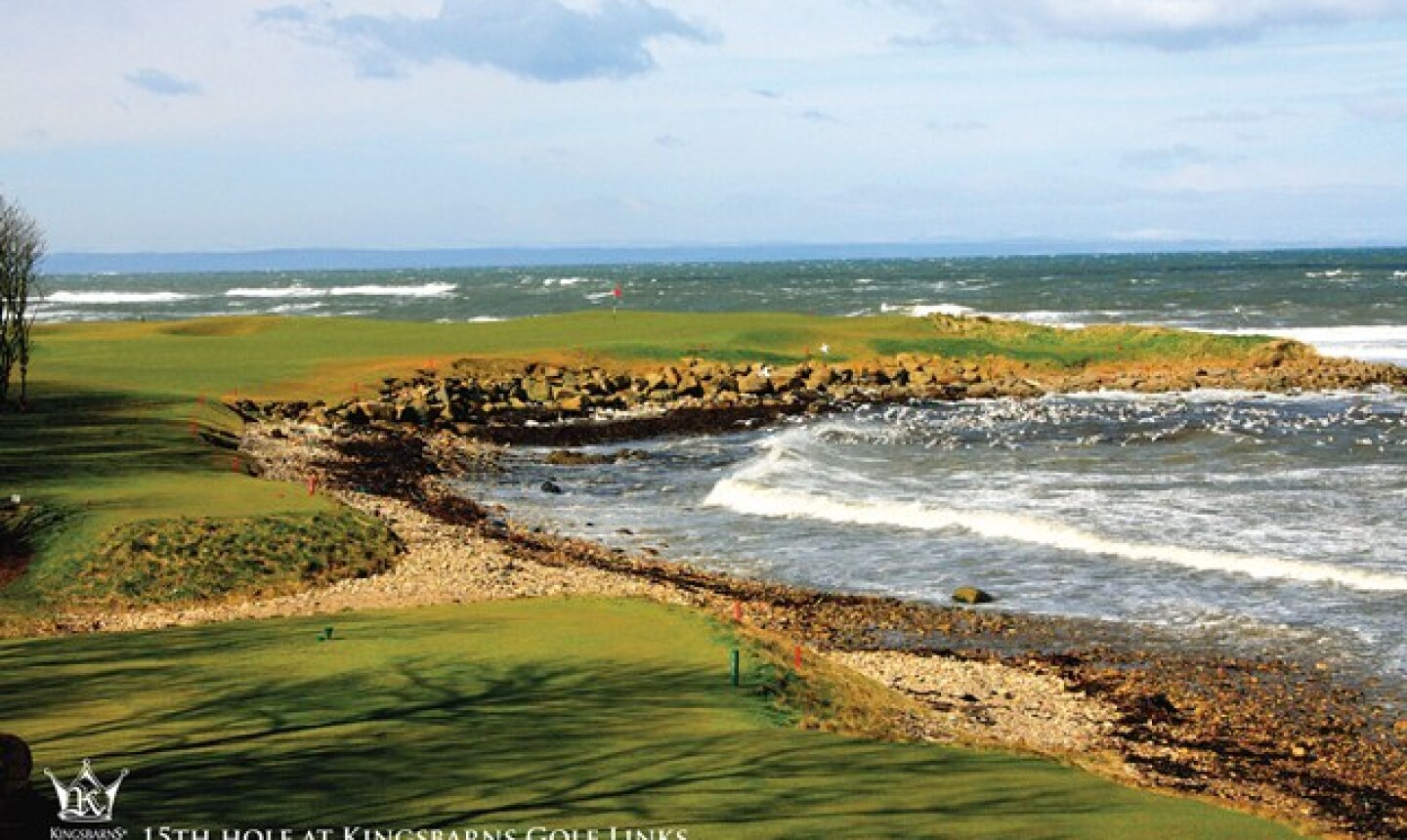 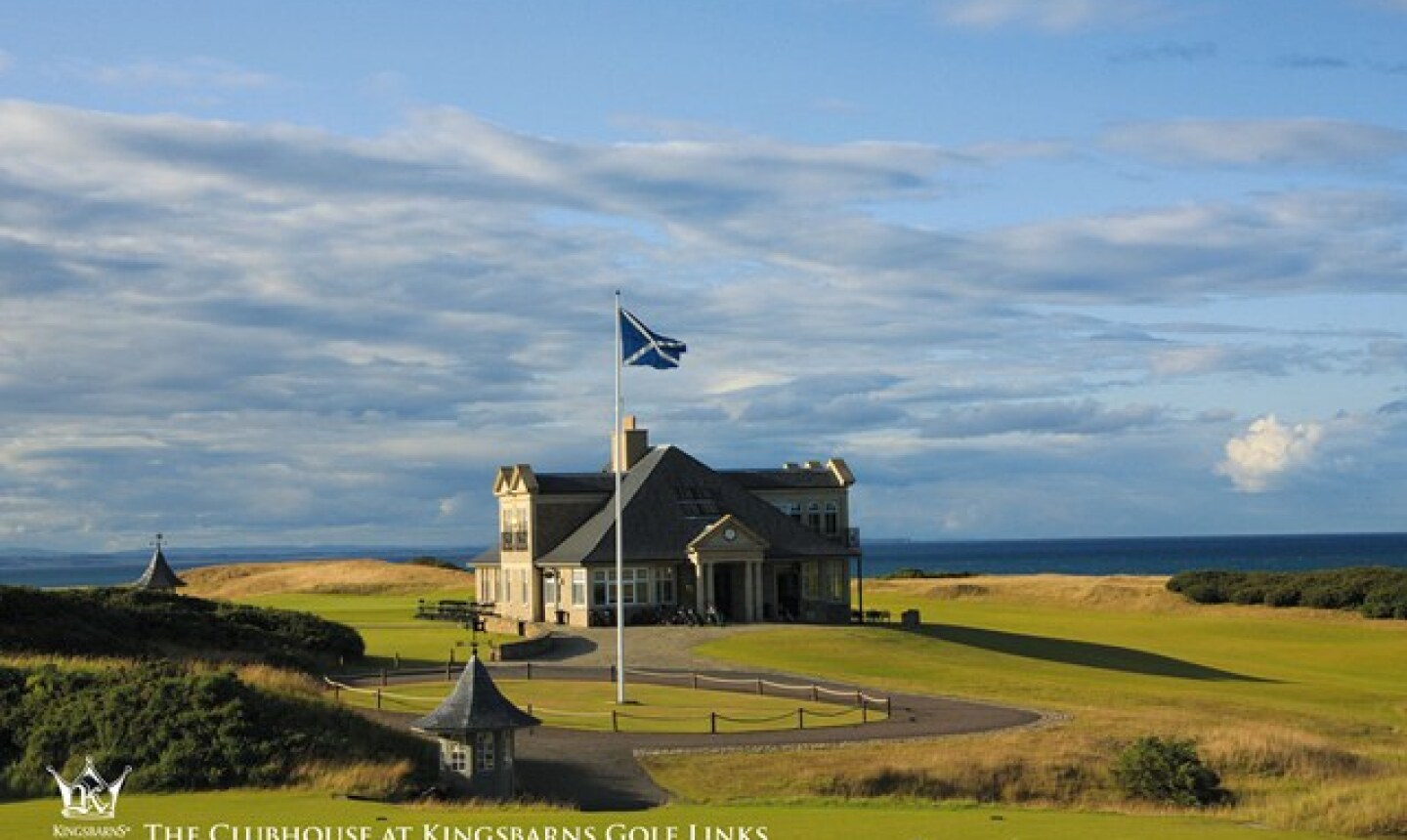 FIFE, Scotland -- In some ways, it's hard to believe Kingsbarns Golf Links is more than a decade old. But then again, visually, it conforms to the sweeping seaside landscape akin to its ancient neighbors just a few miles down the road in St. Andrews.

This American-owned links course was a hit right from the start, winning approval from the Royal & Ancient and golf fans alike, especially visitors.

It's in the rotation for the annual Alfred Dunhill Cup Links Championship in the European Tour -- alongside the Old Course at St Andrews and Carnoustie Golf Links -- and served as the final local qualifying spot for the British Open in 2010.

These days, a golf trip to St Andrews isn't complete without teeing it up on this authentic links experience that runs two miles along the North Sea. And the locals like it, too, which speaks volumes, especially considering the premium price and the competition around it.

"The fact that the R&A became kind of a partner early on made a huge difference," said Art Dunkley, owner of Kingsbarns. "Tour operators didn't know about the course. But when they heard that the R&A had taken some tee times, it didn't take long to get the word out."

Kingsbarns, however, hasn't rested on its well-deserved laurels. Just a little more than a decade after its opening, Kingsbarns has improved its caddie program, concierge service, clubhouse menu and the golf course itself.

Besides ramping up the caddie service, Kingsbarns introduced its "cheerio concierge," where a dedicated staff member takes care of golfers as they finish their round. It involves taking care of their golf bag, helping them load their belongings and inviting them to the clubhouse to enjoy the facilities.

The clubhouse also has a new look in the men's locker room and restaurant area. And, speaking of the restaurant, it has a new menu, which combines the best of local produce and regular favorites such as Kingsbarns' renowned chili. The bar selections were also expanded, including an innovative selection of Scottish gins.

On the course, their drainage system has been improved, and some of the bunkers have been renovated. Most importantly, several areas of rough have been reduced, making it a little easier to not only hit wayward shots but find them.

Overall, these improvements are pretty minor to a property that was already excellent.

Kingsbarns, which was redesigned by Kyle Phillips, may be owned by an American, but the golf experience is anything but.

"As much as we can, it's pure Scottish," Dunkley said. "You want the Scottish experience when you come over here from the States."

There is no membership, so it's not too particularly difficult to get a tee time. And tee times are 10 minutes apart, which usually means pace of play is pretty decent.

The green fee hovers around $300, so golfers expect a lot, and they are almost never disappointed.

"Somebody comes out here and plays golf, they're spending serious money," Dunkley said. "So we try to individualize it, not just treat them as a number."

As for the golf course, the views, the holes and the whole experience are unforgettable.

It starts with the first sweeping view of the Atlantic and doesn't end until the difficult 18th.

Kingsbarns' holes have names like "Castle" and "Tassie." The one called "Ordeal" is a par-5 13th that plays more than 600 yards and lives up to its name. Having to hit three solid shots on this dogleg left is anything but easy, especially with the wind whipping off the North Sea. There are bunkers and fescue and beach everywhere, and great views.

Those views, of course, permeate throughout the course, which is built in almost an amphitheater setting. On several holes that don't bump up against the sea, the water is still visible, because they sit above holes that are on the beach.

Like any great course, Kingsbarns also ends well. After a difficult, semi-blind drive, the approach shot is over a water hazard to a green perched above it. Since it plays 444 yards from the tips, laying up on the second shot is always a viable option.

Afterwards, golfers would be cheating themselves if they didn't come to Kingsbarns' understated clubhouse for a beverage or two and a quick bite, which includes the best chili in Scotland. The chili, of course, is the most un-Scottish aspect of the Kingsbarns experience. 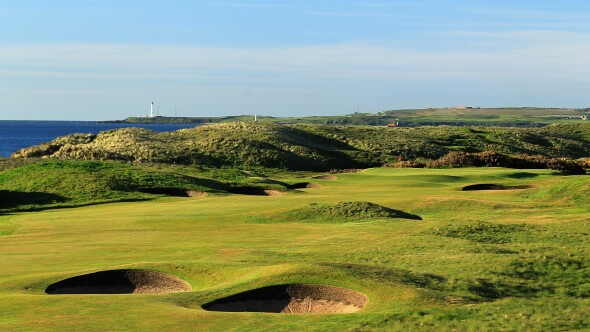