The developer of Kingsbarns and Castle Stuart dies at age 70.

Golf course developer Mark Parsinen, who died June 3 at the age of 70 from a massive stroke, was an inventive and thoughtful person who made the game better and who leaves behind a powerful legacy.

He was the driving force behind three substantial golf projects. Granite Bay Golf Club, a private club/real estate community 22 miles northeast of Sacramento, was innovative in the 1990s for its core routing and for its commitment to classical, Golden Age-style shot making. The layout was designed by Kyle Phillips.

Next came Kingsbarns Golf Links in Fife, Scotland, just south of St. Andrews. That, too, was designed by Phillips, this time on land that used to be a nine-hole layout before laying fallow for over a century.

Parsinen then turned to the north of Scotland, to Inverness, where he created Castle Stuart, a Gil Hanse design that incorporated farm land with coastal frontage along the Moray Firth.

A career single-digit amateur golfer, Parsinen parlayed a background in product development and consumer marketing to understand what golfers want when they talked appreciatively about a golf course. He focused on what he called "the sea aspect" - a sensibility about the presence of large water bodies as well as wind, shoreline and dunes.

Among the many things I learned from spending many days walking his two Scottish golf courses with him during construction was that the most meaningful placement of seaside golf was not simply looking out to an undifferentiated expanse of water but seeing the actual coastline. It was that point of aesthetic contact – where water and land meet – that he highlighted in Kingsbarns and Castle Stuart. Both courses are open to the public for daily-fee play, and both convey thoughtful touches to every aspect of the routing.

Among them is what he called “compression and release.” This is the sense of going from a small space to large one. Parsinen was acutely aware of the psychological dimension of golf – not simply how a player feels about his or her game but the totality of the landscape sensibility.

“Compression and release,” is one of those ways in which you create a transition from confined space to open ground. An ideal example comes at Castle Stuart’s par-4 13th hole, played from a dunes just above the coastal platform up through a narrow chute to what turns out to be a massive, receptive fairway on pastureland. He also liked to talk about landscape space and what he called the varied scale.

Parsinen’s education included the London School of Economics, the University of Pennsylvania and the Stanford Graduate School of Business. He honed the value of market research when he helped launch George Killian’s Irish Red for the Adolph Coors Company. That respect for consumer preferences never left him, though instead of following such taste he helped refined it.

He did the same thing in golf. He was one of those developers the Scots appreciated because he worked closely with the locals in making sure his projects suited the sense of immediate culture, tradition and place where they sat. 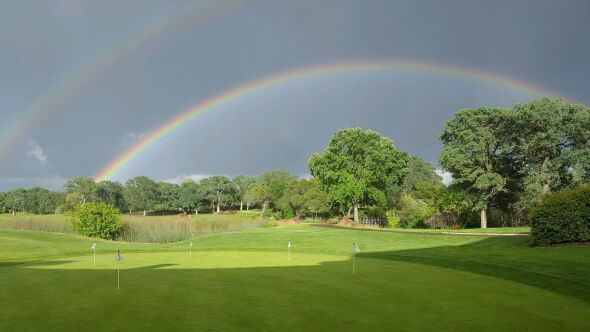 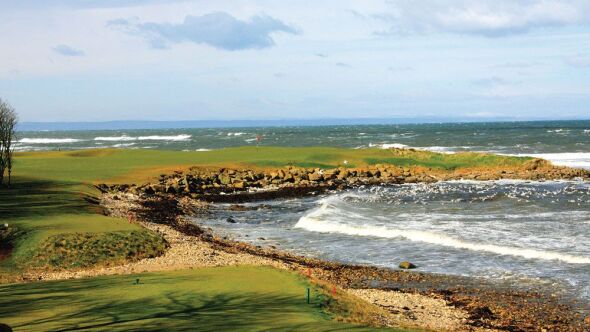 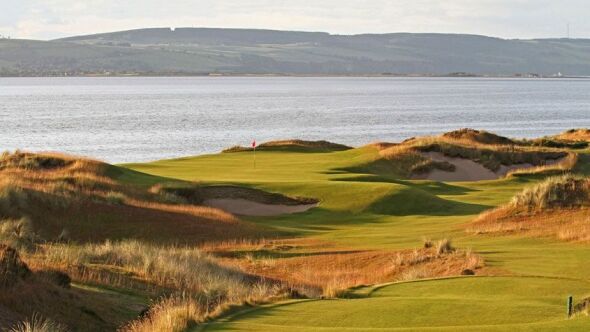 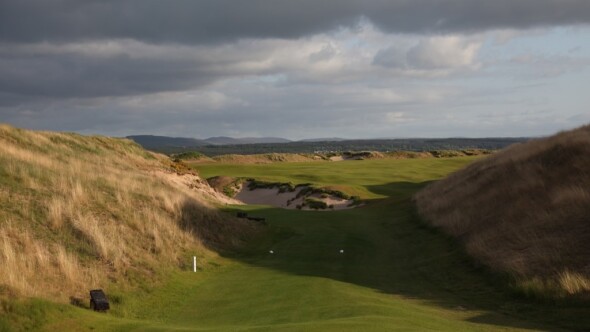 Articles
Castle Stuart: New Scottish links on its way to becoming golf capital of the Highlands
Bringing the Barclays Scottish Open back to a links course seemed like a no-brainer. Moving the event to the remote Highlands on a brand new golf course was the gamble. But those who make the trek to Inverness and set foot on the new Castle Stuart Golf Links in Inverness will soon realize this is a place that's hard to say no to, Brandon Tucker writes.
4 Min Read 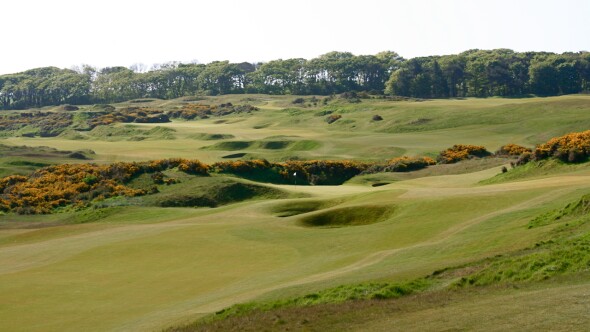 Articles
Kingsbarns Golf Links: High on St. Andrews' top shelf
Eleven years after opening in the shadow of St. Andrews, Kingsbarns Golf Links has never been better. It's also pricier than ever, but it's well worth it. Why? Kingsbarns offers a top-shelf golf experience, which includes phenomenal sea views, European Tour-worthy conditions and shot values, Brandon Tucker writes.
4 Min Read