An increase in extreme weather events is having an impact on golf courses all over the world, but there is no single way to adapt.

There’s something in the air that’s changing about golf. It’s hard to verify, but anecdotally it seems that older, long-established patterns are being altered, if not completely overturned. I base this on what I hear and see from superintendents, course architects and folks who operate golf courses.

For one thing, the golf season is getting longer, especially where I live in the Northeast. Golf after Thanksgiving – with regular greens in use - is now commonplace. A few decades ago, it was virtually unheard of.

I also keep hearing about more intense rain events. Even when courses may receive their normal share of rain per year, it seems to hit in the form of greater, massive rain dumps of 2-3 inches interspersed by longer periods of drought.

What it means for golf courses is they are forced to handle bigger storm water events while also having to make do with greater water conservation during the in-between phases when they are awaiting the next moderate rain.

High water marks are rising as well, which endangers coastal courses. Even the managers of Trump International Golf Links in Ireland have cited rising sea levels as justification for an application to build protective gabions along the shoreline holes.

It’s a simple matter of thoughtful management to plan for such developments. John Tecklenburg, mayor of Charleston, S.C., has referenced heightened tidal surges and sea levels for the need to build protective mounding along the waterfront holes of Charleston Municipal Golf Course as part of a detailed restoration.

Tidal surges are especially pronounced along the Southeast U.S. - from South Florida up to the Carolinas - where the high tide for the year, commonly known as “king tide,” includes the cumulative affects of rising sea levels, fall supermoons and seasonal winds.

For courses subject to storm surges and saltwater incursion, re-grassing might be the answer. That’s what happened with the Ocean Course at Hammock Beach in Palm Coast, Fla., after Hurricane Matthew inundated the area in the fall of 2016. Recovery included conversion of the tees, fairways and rough to salt-tolerant Seashore paspalum. The turf type needs less water than Bermuda grass, doesn't have to be overseeded, and has excellent playability. It’s also able to withstand storms – as was proven in September 2017, just a few weeks before the course reopened, when Hurricane Irma tore through the area but left the Ocean Course intact.

As average temperatures warm up marginally, species normally adaptive to a region find themselves outside their comfort zone. That’s happening with turf grasses as well as many other plant species. Poison ivy flourishes in temperate climates that are getting warmer, to the point where golfers wearing shorts need to be more careful than ever when entering unmaintained areas in search of golf balls.

Perhaps a more extensive example is seen among those courses accustomed to cool-season grasses that find it advantageous to convert to warm-season grasses.

In the wine country of California’s Central Coast, daily-fee Hunter Ranch Golf Course saw fit to convert from bentgrass/Poa annua to Bermuda grass in order to weather the summers. The process entailed a gradual switch-over. By contrast, The Preserve Golf Club in Carmel, just inland of Monterey, simply shut down for three months to let its new Bermuda grasses replace the cool-season turf.

The broad scope of the climate issue involves serious and sustained scientific debate as to the scope, origins and prescriptions for change on a global level. There’s no need for those in the golf industry to get bogged down in such a conversation. What counts is adapting and managing for the long run, and that means acting responsibly to make sure that golf courses and golfers have the most sustainable conditions – ecologically and economically – possible. If that means changing turf cover, raising mounds, creating holding ponds, managing with less irrigation or allowing nature to take its course, then that’s what the game will have to look like. That might not bode well for links golf or coastal courses. But fighting or denying the altered conditions won’t solve anything. 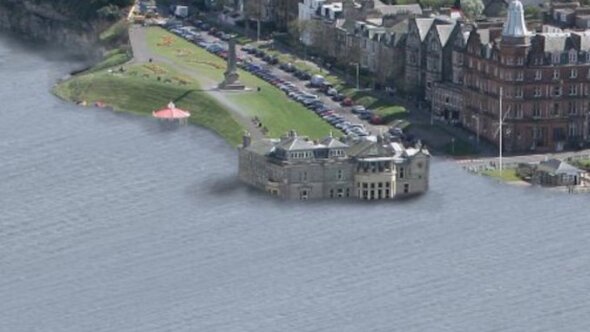 Since climate change is an issue, golf courses that still use noisy, polluting, gas carts must change to clean, quiet electric carts. Riverwood Golf Course in FL is an example of a curse that is in an environmentally sensitive area and abuts the Myakka River Wildlife Preserve, yet it will not transition to electric carts and continues to use polluting gas carts. Golfers must insist that courses use electric carts. Using gas carts is bad for the environment and bad for golf.

To PittBill - As a Canadian, I'm proud to have you as a neighbour - great comment and so true.

They shouldn't allow Trump to build gabions to save his course until that nitwit publicly admits that climate change is real, and that continuing to deny climate change is an act of intentional stupidity. How can any politician continue to deny the obvious sign of rising sea levels when the largest Navy base in the world (Norfolk, VA.) and the U.S. Naval Air Stations in new Jersey, Florida, California, along with Naval bases in California, Hawai'i and Connecticut are already actively searching for new locations in the face of losing their current locations to rising sea levels?The best, smartest, and most advanced military (the United States, Specifically, the Navy and it's support arms - Naval Air Stations, and Marine bases) is fully aware of this truth, yet the politicians in charge of their funding are flat-out denying that this is occurring. To deny climate change is to be intentionally ignorant.

This issue isn't whether climate change is real, the issue is whether "man" bears any responsibility. The mere changing seasons demonstrates climate "change" and the fact that weather varies place to place, year to year and such, implies climate variation....and that is really where the discussion ought to be. There isn't much governments can do to modify sun spots, or the lack of sun spots, nor temperature variations in the oceans, both of which influence climate. There is no argument that golfers need to adapt to the changes in the terrain that climate variation induces, and golf course design and construction, especially along the coasts, need to generate more tolerant golf courses. Grasses obviously need to be selected carefully so what is planted is more appropriate for the weather possibilities in that area.

I find it interesting and disturbing that there are so many who deny climate change is occuring. Just today(Nov.5/19), this was once again confirmed by 11,000 scientists from 153 countries signing a letter demanding that governments around the world make this issue of global warming and climate change the "NUMBER 1" issue. For those who really love the game of golf, you are being called upon to lead and to protect your game and the courses they are played on. Hiding your head and playing ostrich from the facts will not help - it is time for all of us to grow up, get serious and to protect our planet. Losing the chance to play golf will pale in comparison for what else will no doubt come, if we continue to deny and do nothing. Our grandchildren are depending on us to act.

Terrible on sided article as there are scientists that do not believe global warming is an issue. Lets cover both sides and let people decide instead of slanted articles. I am not saying I don't believe in global warming, I am saying I'm tired of articles that do not cover all angles . This article is obviously meant to support only one side of the story. Not good journalism .

It isn't "both sides." There is a small bunch of heretic scientists who deny climate change whereas the overwhelming majority - 99% - agree on its basic terms. There is serious debate about its origins, extent, scope and whether the "anthropocene" dimension is real. Fine - those are good debates to have. But not falsely equating what a few cranks have to day with being part of "both sides" of equivalent value.

what a load of bs...we have been hearing this since the 80s and the ocean courses are still there, not under wate.

Try getting a 30-year home mortgagee in coastal areas around and north of Miami. Banks won't issue them anymore. They know. 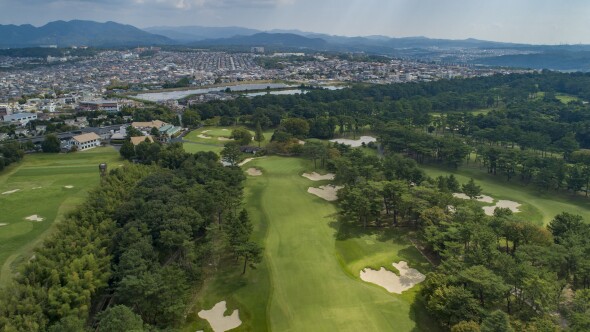