Robert Trent Jones' Eisenhower Blue Course at the Air Force Academy in Colorado Springs: The cream of the military crop 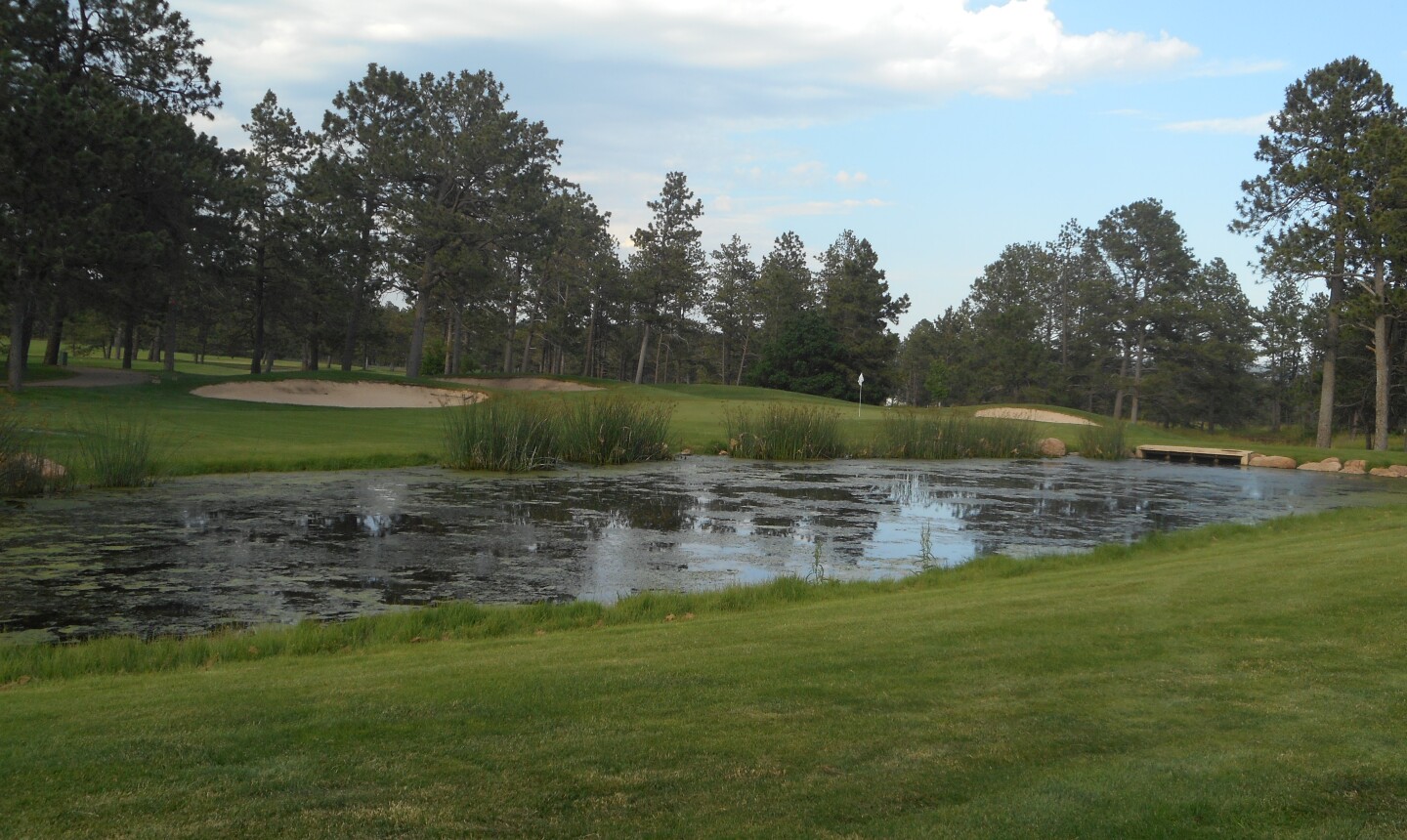 No. 11 is considered the most scenic hole on the Air Force Academy's Eisenhower Blue Course. David R. Holland/Golf Advisor 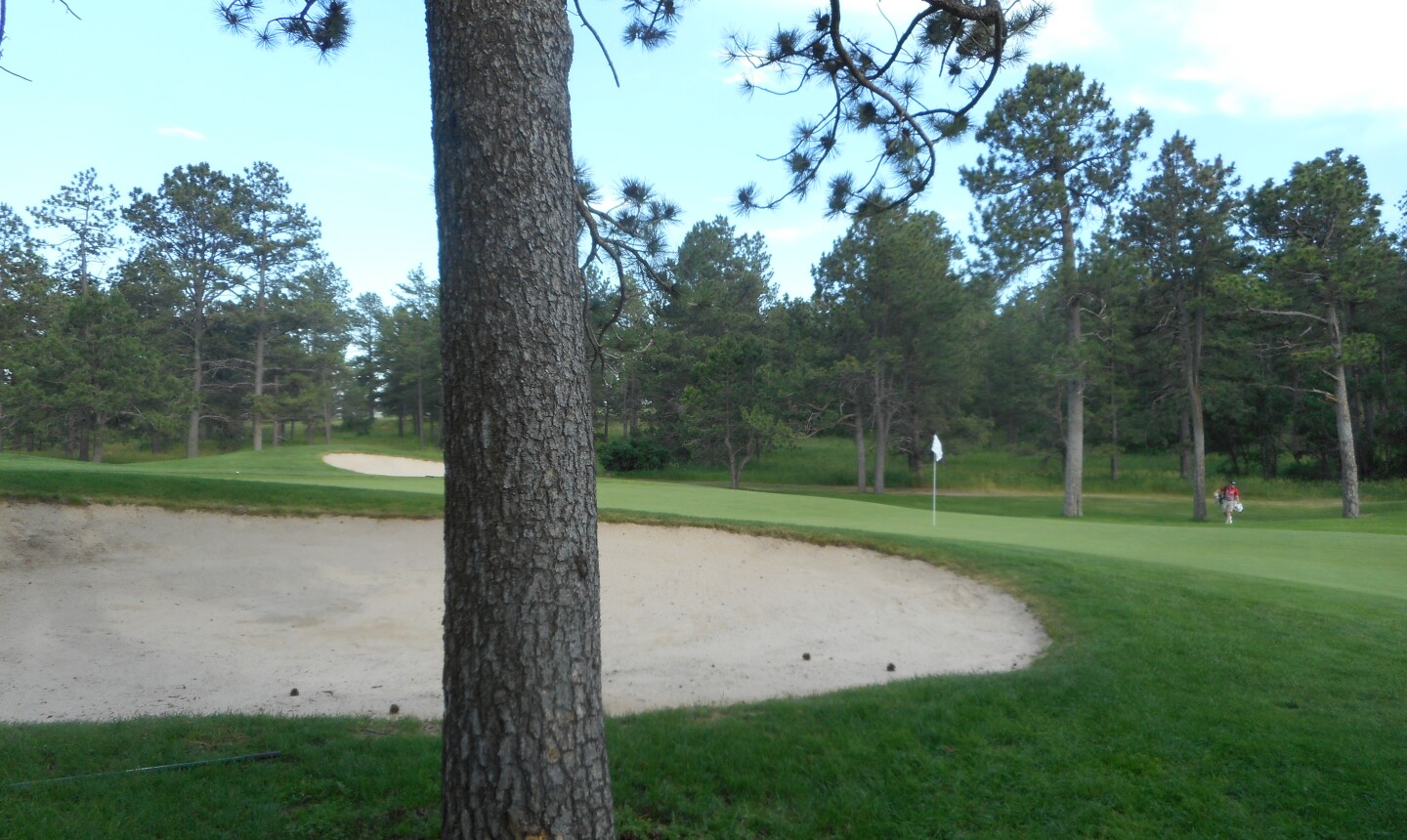 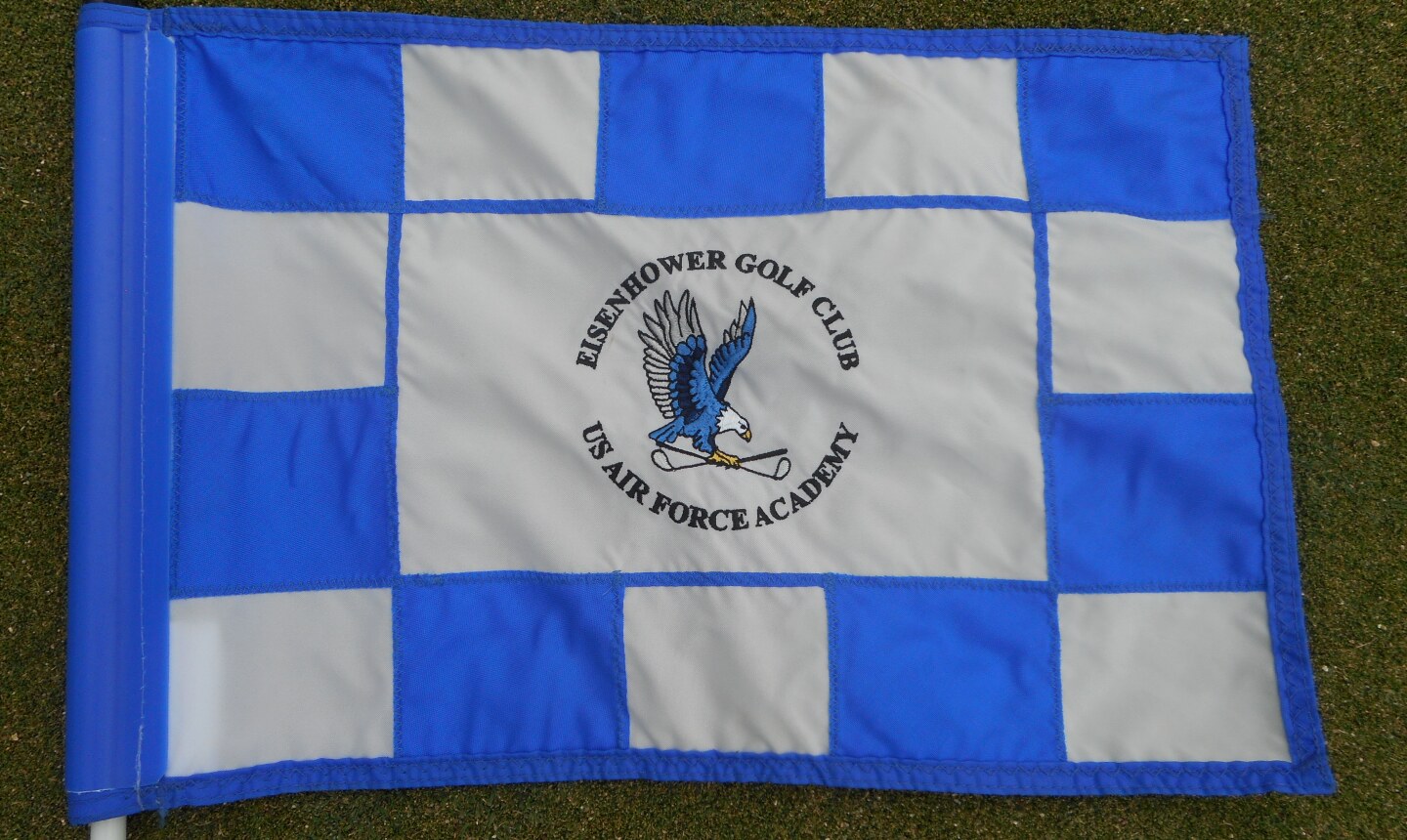 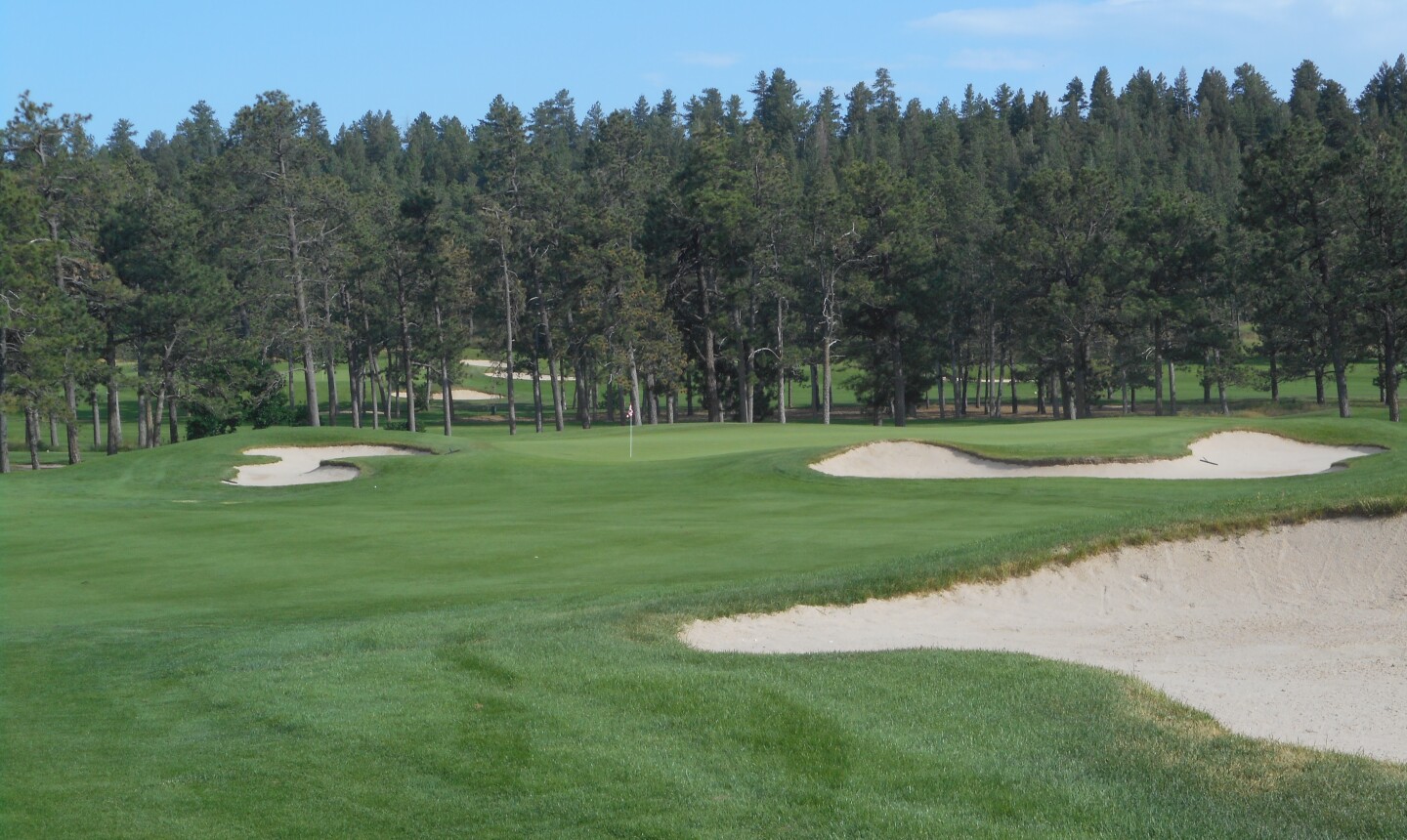 Many believe the Air Force Academy's Eisenhower Blue Course is the best golf course in the Department of Defense. David R. Holland/Golf Advisor

Elevations climb to 7,100 feet with ponderosa pines and scrub oak dotting a rugged landscape that's home to deer, elk, black squirrels, bears, mountain lions and wild turkeys, as well as cadets earning the right to be the next generation of Air Force officers.

But like any college campus, sports are key to providing a competitive spirit, camaraderie among classmates, a break from the rigorous schedule of academia and a haven for relaxation.

That was the idea 100 private citizens had when they formed the Air Force Academy Foundation back in the late 1950s and donated money to build the Blue at Eisenhower Golf Course, designed by Robert Trent Jones.

Many believe it is the best golf course in the Department of Defense.

Former President Dwight D. Eisenhower dedicated the course on July 8, 1963, with a ceremonial tee shot at No. 1. When Ike's drive went woefully crooked, someone from the galley shouted "mulligan," so our 34th president obliged with a second, down-the-middle drive. The persimmon driver he used is displayed in the Eisenhower Room on the second floor of the clubhouse.

Former Colorado Governor Dan Thornton, Randolph Scott and J.E. Manning, chairman of the foundation, first met with President Eisenhower in 1958 at the White House to discuss the course and ask Ike's permission to use his name.

Today, there are two golf courses on the campus, the Eisenhower Blue and Silver layouts, and there's a history many haven't heard. Tiger Woods played here in an East-West Junior match when he was 16, and it was also host to Sam Snead and Jimmy Demaret in a 1966 Shell's Wonderful World of Golf match.

What Snead and Demaret discovered on their visit to the AFA was foothills terrain very much like land where The Broadmoor is situated. And putting is paramount to scoring on the Blue.

"In the early days of the Eisenhower Blue Course, putting was probably harder than at The Broadmoor," said Gene Miranda, longtime AFA golf coach who also served as general manager at Colorado Springs' Gleneagle Golf Club. "Putts never turned into the mountains, always away. But there has been so much verti-cutting over the years, it took away much of the grain. Still, there are few straight putts on the property."

The undulating bentgrass greens of the Blue at Eisenhower Golf Course and bluegrass fairways roll out to 7,301 from the back tees. There are no houses, no out of bounds, a generous amount of directional and greenside bunkers, but very little water.

"It reminds me of the Olympic Club in San Francisco," Miranda said. "You just hit it and go find it."

The 11th hole is considered the most scenic. It is a 557-yard par 5 that doglegs left with water fronting the green. No. 15 is another favorite -- a difficult 480-yard par 4 with a dogleg right with a challenging green and greenside bunker. No. 17 is a daunting 216-yard par 3 with a kidney-shaped green and presents a tiny target when the pin is tucked into the right corner. There's no water on the finishing hole, but the 434-yard par 4 has bite.

Frank Hummel designed the Silver at Eisenhower Golf Course. It measures only 6,510 yards from the tips, but your score could be just as high because of slick greens and uneven lies.

"The Silver Course is shorter and tighter and was supposed to be built as an executive par 68, but was ultimately turned into a regulation par 72," Miranda said. "It could be stretched out to 6,800 yards, but complements the Blue Course and can be just a tough with the same tricky putting characteristics dominated by the foothills."

Longer hitters can drive three of the short par 4s – Nos. 6, 15 and 16 are downhill and only 351, 356 and 370 yards, respectively. Water comes into play on eight holes, including the signature 17th. It's 211 yards downhill to a narrow green with water left and sand right. This looks like an easy target from the tee, but it can be frustrating.

One might be surprised to hear that the Air Force Academy ranks as one of Colorado's most frequently visited man-made attractions.

The Visitors Center features informative exhibits on cadet life as well as a 250-seat theater, a complete line of Academy merchandise, cafeteria, gift shop and nature trail leading to the Cadet Chapel. The money collected from the Visitors Center helps support all men's and women's intercollegiate sports with little assistance from taxpayers.

Military golf courses are self-sustaining and their profits contribute to many other "non-appropriated" moral and welfare activities not funded by the taxpayers.

Cadets, active duty military, Department of Defense civilians, retirees and guests can play the two golf courses at the Academy.